Jaguar has strived to create a more “organic” look.

The Jaguar F-Type is getting a facelift for 2021, and with the new looks comes new power, better in-car tech and new chassis tuning.

So does the trend continue with this facelift? 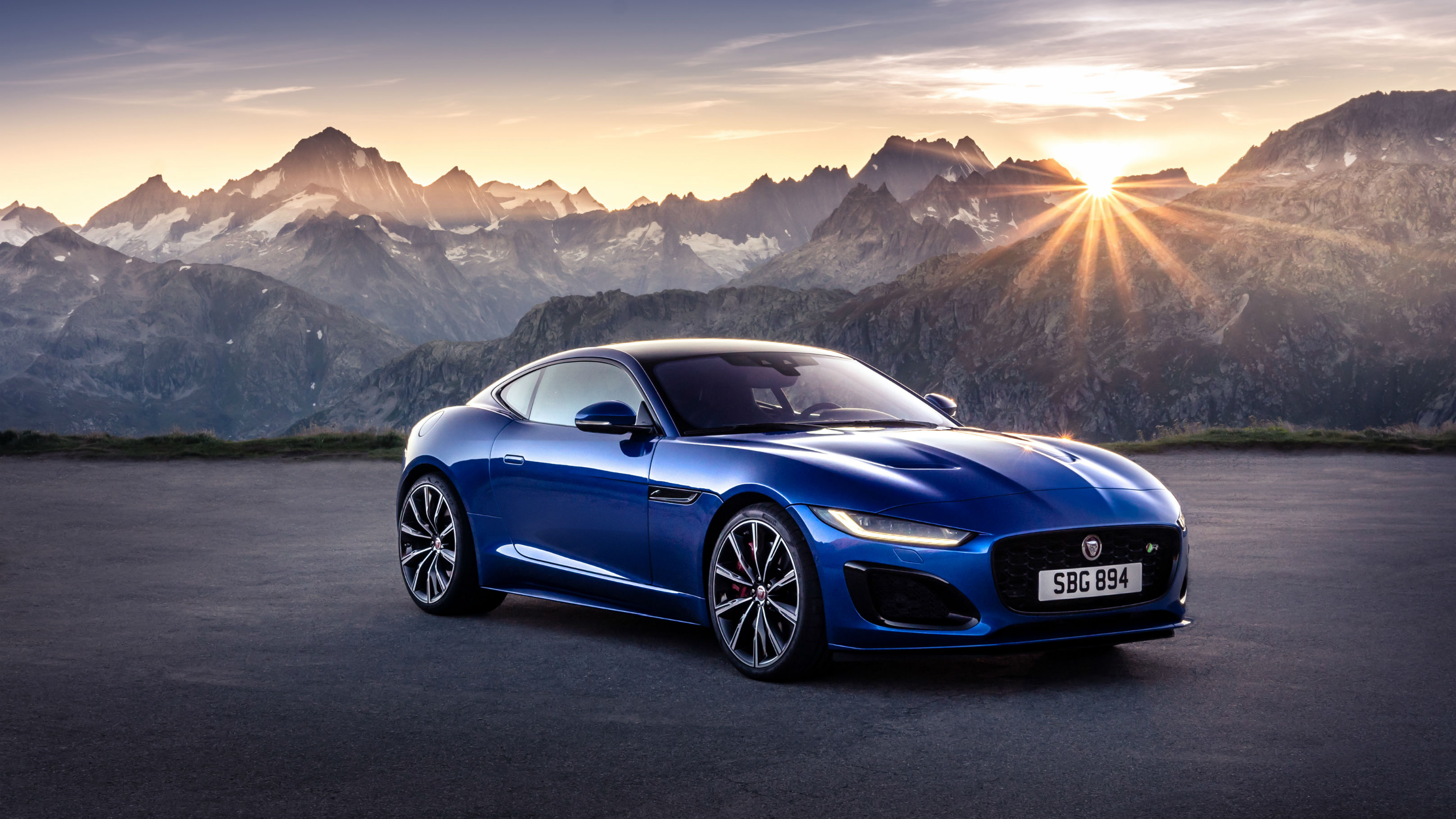 It’s not quite as aggressive-looking as previous, which will be a problem for some but a boon for others that want light-out performance without retina-blinding colours and body lines. The headlamp lenses have been slimmed down and get the full-LED treatment, but at the same time, the front splitter’s air intakes look even larger than before while the oval-shaped grille returns but has also grown – these were all important styling characteristics of the old car.

The other big stylistic win for the old F-Type involves the headlights’ counterparts ‘round back – the taillights. Ultra-slim, the theme continues for 2021 but a bit more angular ensuring once again that the F-Type has one of the prettiest keesters in the car biz. 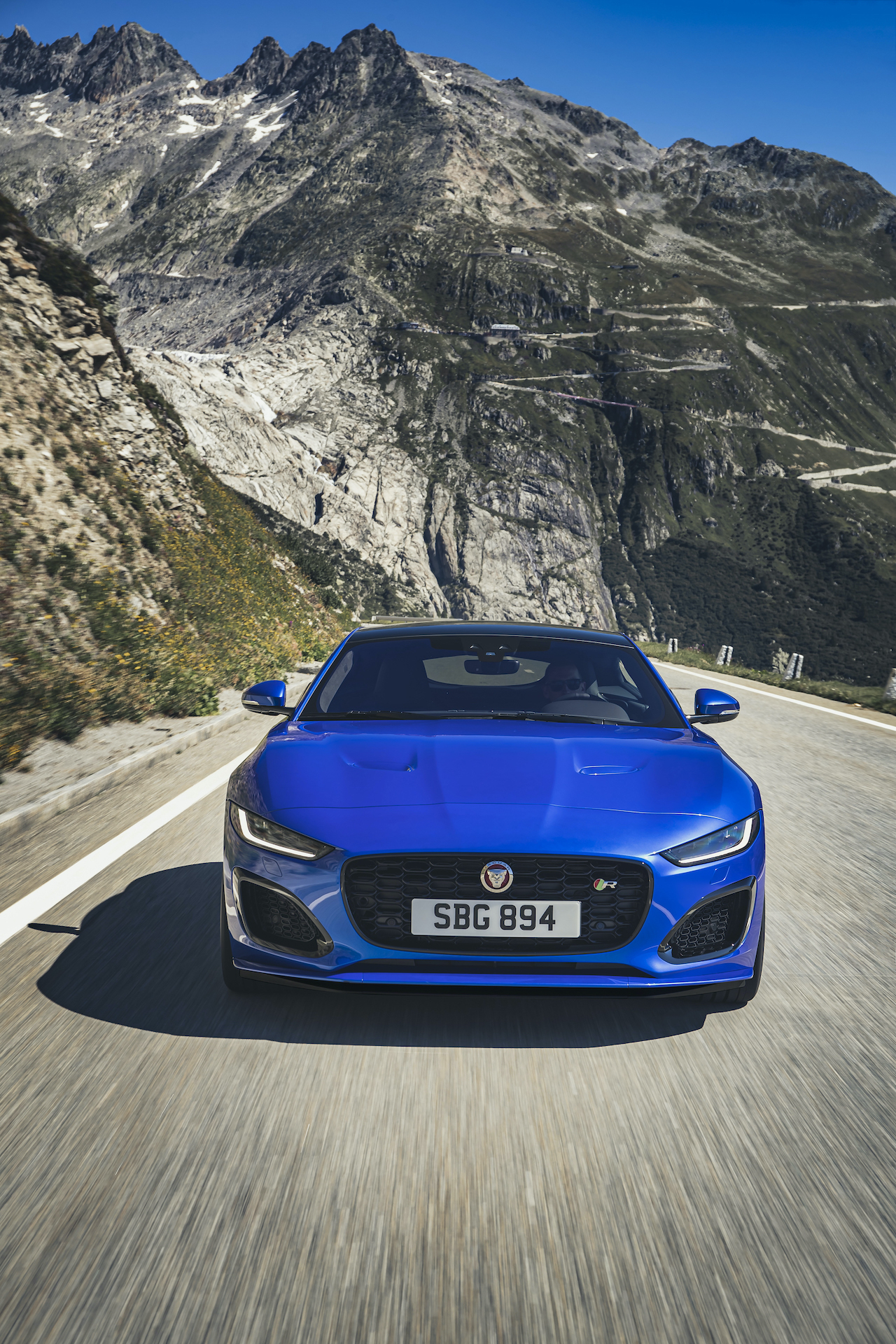 Those are the details; overall, Jaguar strived to create a more “organic” look for the F-Type, adding niceties like a clamshell hood and slightly swollen rear haunches to actually evoke the great racing Jags of old. The look is taut and purposeful with a short wheelbase; you just know this baby’s going to be a demon through the twisties.

Inside, there are all sorts of new high-class materials including Windsor leather, Noble Chrome, Alcantara, real aluminum gearshift paddles, and seats with “Jaguar” stamped right on them, as well as subtle “Jaguar est. 1935” markings found throughout. Modern as this latest F-Type looks, it’s clear they don’t want us to forget where they came from. 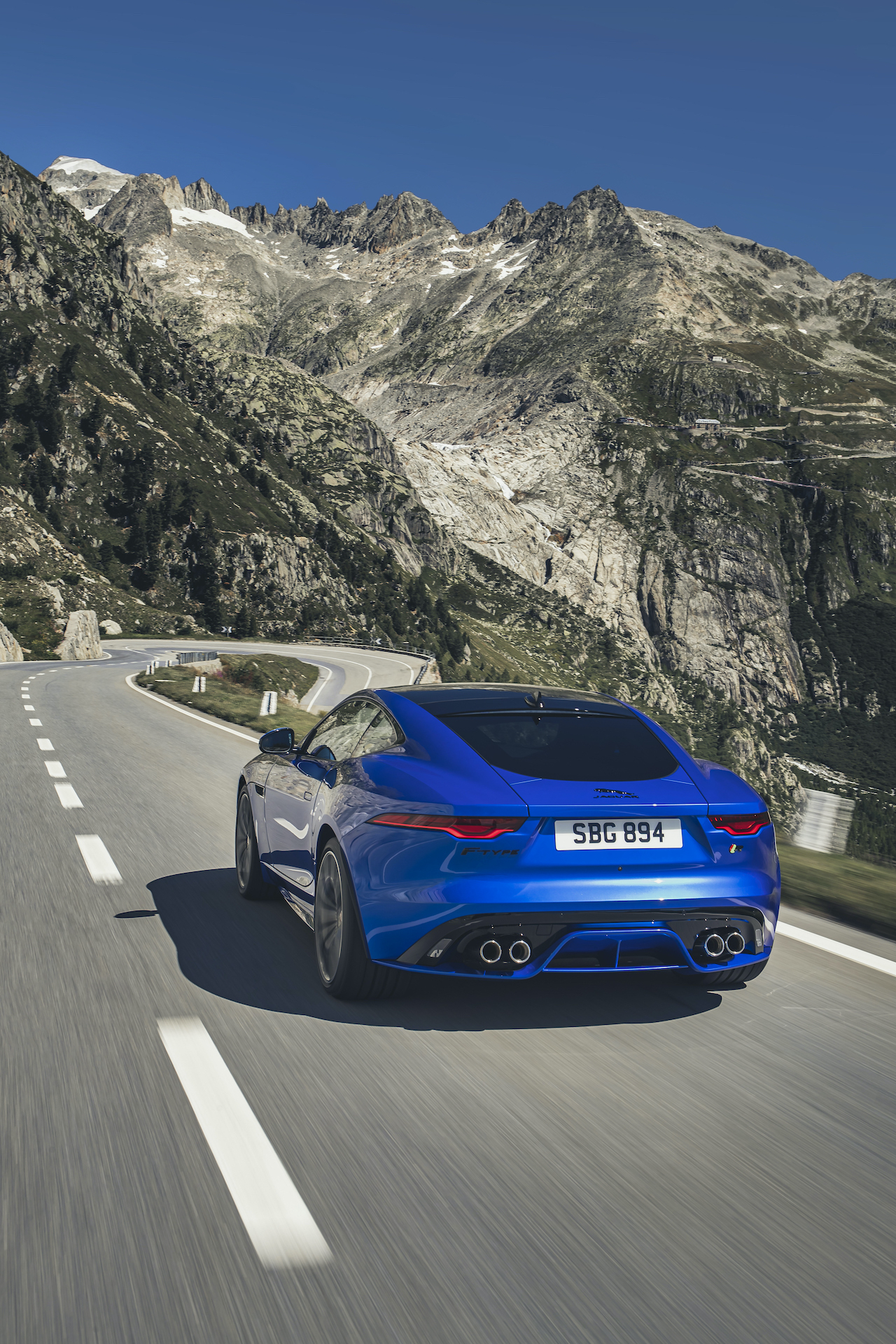 Of course, all that interior detailing’s nice – as are the two different seat styles available – but a lot of what goes on inside is dominated by the F-Type’s Touch Pro infotainment system and 12.3” digital gauge cluster that comes with four configurations, including one that will have your navi map across the entirety of the display. Touch Pro also provides Android Auto and Apple CarPlay support, and after sampling the tech in the F-Type’s Land Rover Range Rover Evoque cousin, we can safely say that it will finally bring the F-Type’s infotainment game up to speed with the Germans.

Speaking of speed: a total of three engines will be offered when the F-Type arrives late next year, all paired with 8-speed Quickshift automatic gearboxes. They include a 2.0L four-cylinder turbo, a 3.0L supercharged V6, and a 5.0L V8. The four-banger comes only with RWD, the V8 only with AWD and the V6 can be had both ways. Power ranges from 295 hp in the four, 375 hp in the V6 and 575 in the V8 (as well as 516 lb-ft of torque and specially-tuned transmission shared with the XE SV Project 8 super sedan), meaning the F-Type R now makes the same power as the current F-Type SVR; there’s no talk yet of an SVR. Jaguar claims, meanwhile, that the F-Type R can reach 300 km/h. 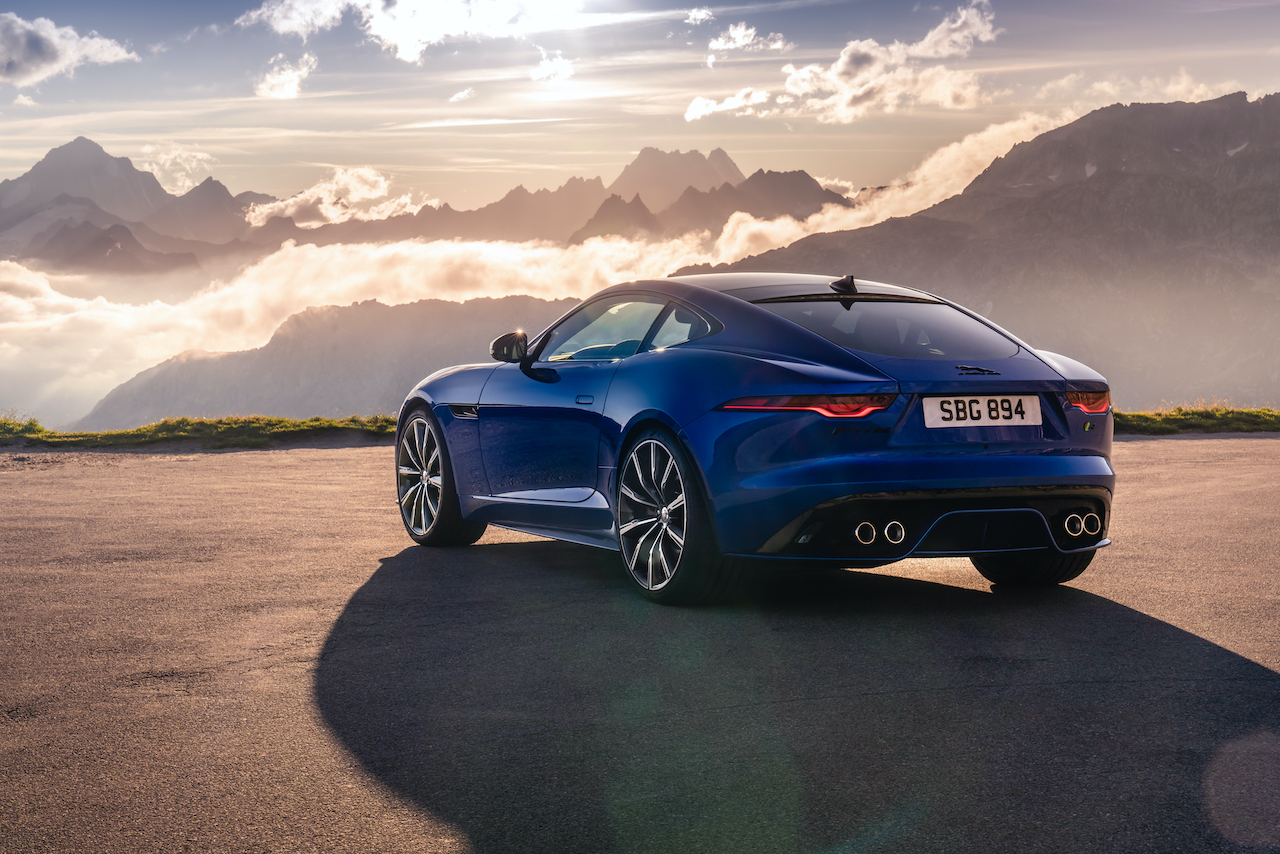 Keeping all this under control is the job of new wider wheels (shod with Pirelli P Zero tires), adaptive dampers, stiffer rear knuckles and ball joints as well as new anti-roll bars and springs. Optional ceramic brakes can be specced, providing 380 mm discs up front, and 376 at the back.

Pricing starts at $73,000 CAD and is available to order now. Hot Wheels was tapped by Jaguar to create a 1:64 scale version of the new F-Type, with a camo paint job and all. Watch your local toy distributor for its arrival sometime soon, and you can see the full car for yourself at the Canadian International Auto Show in Toronto this February. 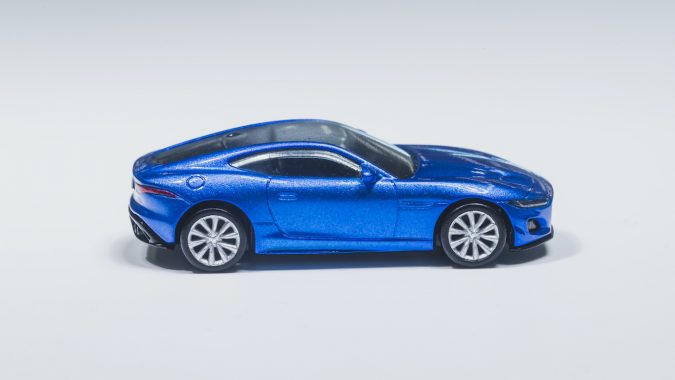 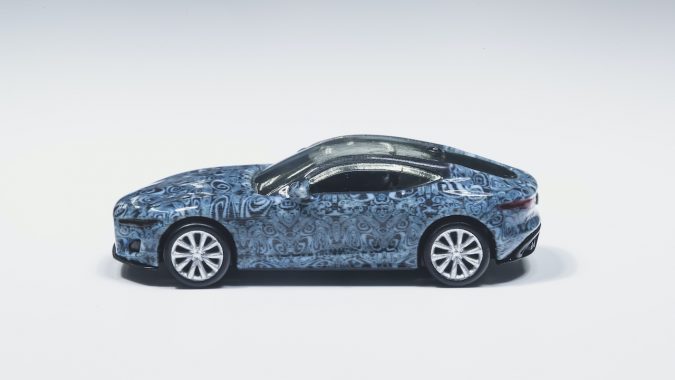 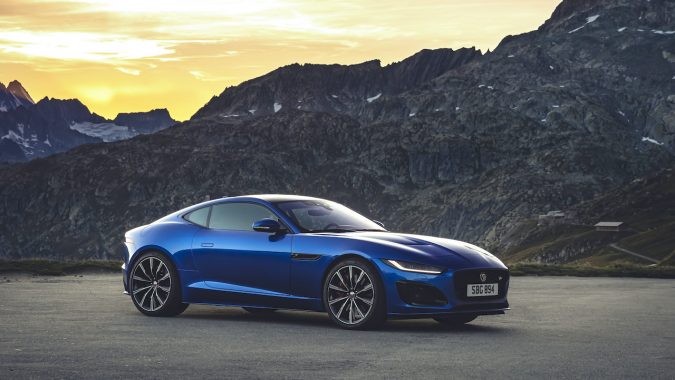 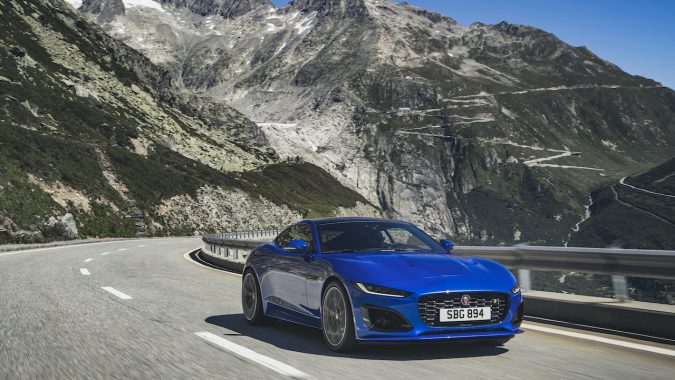 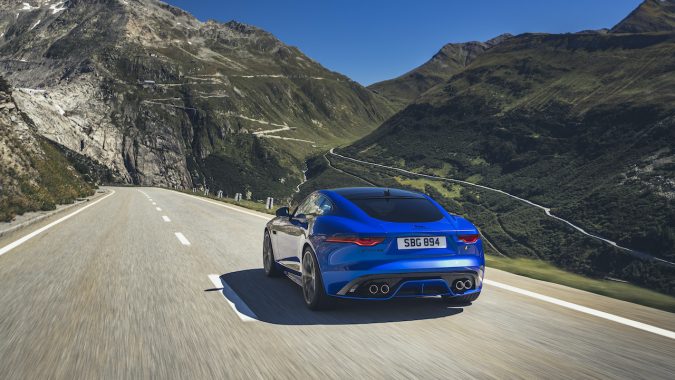 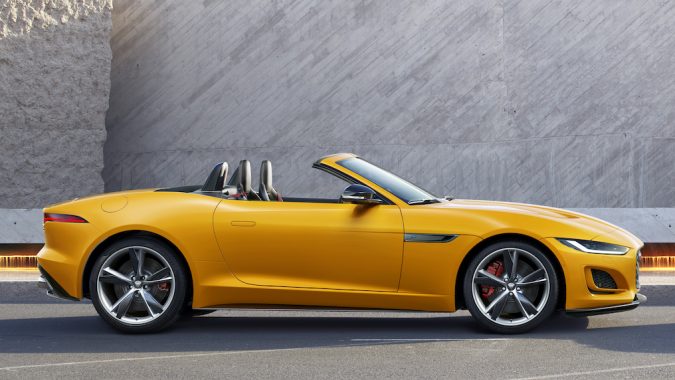