The quintessential affordable sports coupe is no more

When I reviewed the Subaru BRZ a few weeks back I noted that the affordable coupe market has dwindled considerably during the past decade. In fact, the BRZ and its mechanical twin, the Toyota 86, are among the few left standing.

The Civic coupe was also a member of the category, but after several years of declining sales in North America, Honda has elected to pull the plug on its long-running two-door at the end of the 2020 model year.

Based on the numbers, the decision makes sense. In the U.S., the two-door’s share has fallen from 16 to six per cent of Civic sales since 2016 according to a report in Car & Driver, while the hatchback has risen to about 24 per cent during the same period. The coupe performs even worse in Canada, where it registers in low single digits.

So, if it’s such a slow seller then why does the Civic coupe’s demise matter? Manufacturers collectively retire many models each year, and it feels justified here. Yes, but as is often the case, sales figures are only part of the story.

The coupe is part of a nameplate that has been the bestselling car in Canada for 22 years running. Although its sales dipped in 2019 (by 12.85 per cent) with 60,139 sold, the Civic still managed to hold on to its crown and was the fourth bestselling vehicle overall. And while the coupe doesn’t contribute much to that achievement anymore, over its lifetime it has been a big part of the Civic success story.

And the coupe really has marked the time. It has been in continuous production since the fifth gen Civic began in 1991. Many cars don’t see a second or third generation, much less a sixth. We Canadians can justifiably feel some ownership of the coupe and its enviable history too, given that Honda’s Alliston, Ontario manufacturing plant has played a part in its manufacture since the beginning.

Bottom line, this car matters. Not only for its legion of owners, but also for the thousands of Honda associates, dealers and mechanics who have built, sold and serviced it over the years. Its significance within the Canadian car industry is hard to overstate.

I’m occasionally chided (gently) by colleagues who suggest I’m a bit old for my little orange coupe, but I don’t care. I love driving it. From the sweet sound of its starter motor, to the 8,000 rpm redline of its sublime K20 iVTEC 4-cylinder and its rumbly exhaust. My car may be getting on in years, but it never fails to put a smile on my face when I get behind the wheel.

So, here’s to the Civic coupe. An accessible entry point into car ownership, a reliable daily driver, an iconic enthusiast machine, and a fixture in the daily lives of millions.

You will be missed, but your legacy endures. 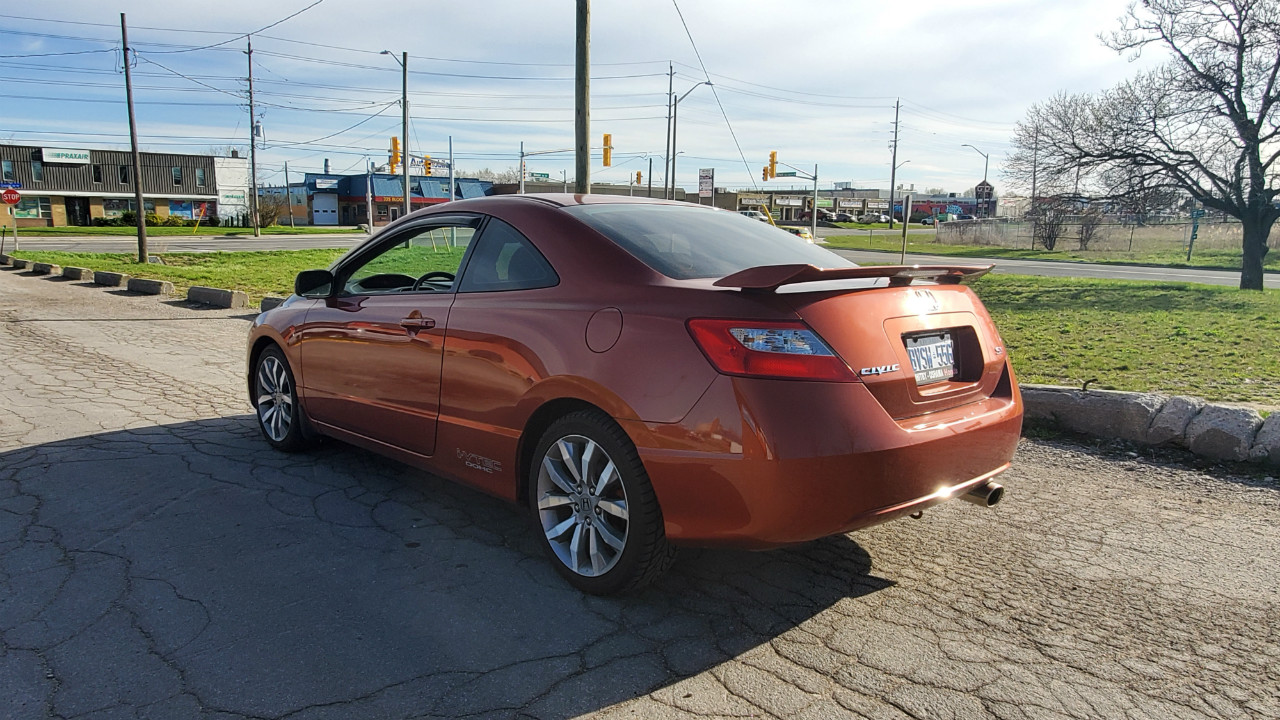