The Detroit Three have all announced that they will be suspending their manufacturing operations in North America, in an effort to combat the spread of COVID-19 and to adjust to current market conditions.

Each made similar statements late yesterday, coordinating with the United Auto Workers to plan to shut down the plants in “a safe and orderly fashion” as the statement from General Motors read.

Ford said it would be stopping production at all plants in Canada, Mexico, and the U.S. starting with tonight’s evening shifts. Ford expects them to be closed until March 30th, but during that time they won’t be completely vacant. Ford says it plans to spend the time to “thoroughly clean its facilities to protect its workforce and boost containment efforts for the COVID-19 coronavirus.”

Fiat Chrysler Automobiles is also stopping production “starting progressively from today through the end of March.” FCAA will also use the time to “put actions into place to facilitate the steps agreed to through the joint task-force set up between the UAW and the automakers. Company CEO Mike Manley said that “having visited many of our plants yesterday, we need to ensure employees feel safe at work and that we are taking every step possible to protect them. We will continue to do what is right for our people through this period of uncertainty.”

The suspension of production at GM will last until at least March 30th, the company says, and will be “reevaluated week to week after that.”

“GM and the UAW have always put the health and safety of the people entering GM plants first, and we have agreed to a systematic, orderly suspension of production to aid in fighting COVID-19/coronavirus,” said GM Chairman and CEO Mary Barra. “We have been taking extraordinary precautions around the world to keep our plant environments safe and recent developments in North America make it clear this is the right thing to do now. I appreciate the teamwork of UAW President Rory Gamble, UAW Vice President Terry Dittes and local leadership as we take this unprecedented step.” 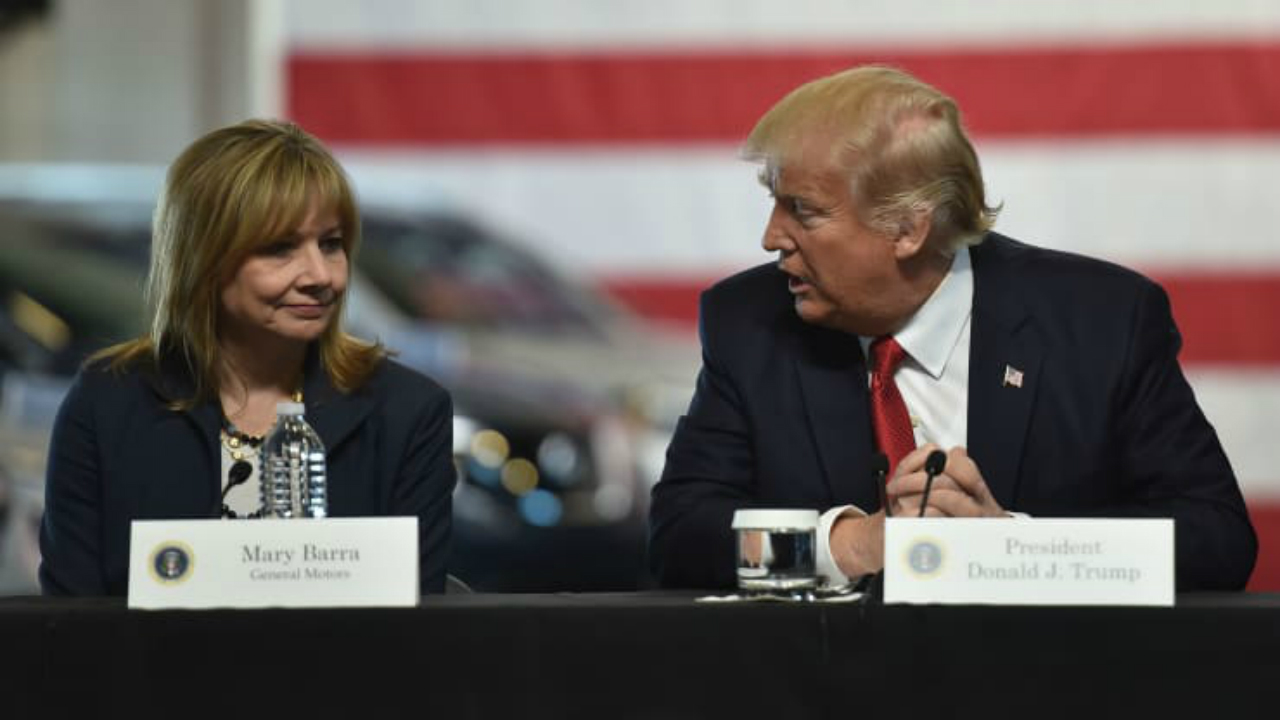 Meanwhile, GM and Ford are reportedly in talks with the White House to determine how the companies could support that country to help combat the virus. Reuters reports that GM’s Barra spoke with White House economic advisor Larry Kudlow following the announcement of production suspension.

A GM spokesperson told Reuters that the automaker “is working to help find solutions for the nation during this difficult time and has offered to help, and we are already studying how we can potentially support production of medical equipment like ventilators.”

Ford said, according to the report, that it “stands ready to help the administration in any way we can, including the possibility of producing ventilators and other equipment. We have had preliminary discussions with the U.S. government and are looking into the feasibility.”

While the two are manufacturing experts, and have extensive experience with prototyping and 3D printing, it’s not clear how quickly the companies could make the transition to producing medical equipment.