inspired by the Japanese art of paper folding that's been practised for centuries.

Infiniti talks about using traditional Japanese craftsmanship to inspire its styling and design language, as well as striking hand-made designs and materials for the inside and outside of its vehicles, but this latest project takes that to a whole new level. One you can make at home.

It’s called Carigami, inspired by the Japanese art of paper folding that’s been practised for centuries to turn simple pieces of paper into elegant and intricate forms. But instead of turning that Post-It-sized piece of kami into a crane or a swan, or a frog, you’re turning letter-sized printer paper into Infiniti’s vehicles.

“In this unprecedented time where citizens of the world are doing their part to fight COVID-19 by staying at home, we wanted to develop something that will help ease the boredom, while having a bit of fun” said Phil York, General Manager of Infiniti Global Brand and Marketing. He continued, “Our hope is that lovers of cars and crafts alike, will enjoy Carigami.”

Ok, that all makes it sound serious, but this is supposed to be fun. To start, just one Infiniti is available, the Q50. You print off and cut around the paper template, then the site gives you all of the instructions you need to turn that flat sheet into a 3D 1:27th-scale car. It’s not the thousands of folds of the origami pieces you’re thinking of, more like the pop-together models that they used to give kids on VIA Rail, or even on airline flights, back when mass travel was more about neat extras than not giving you pretzels anymore. 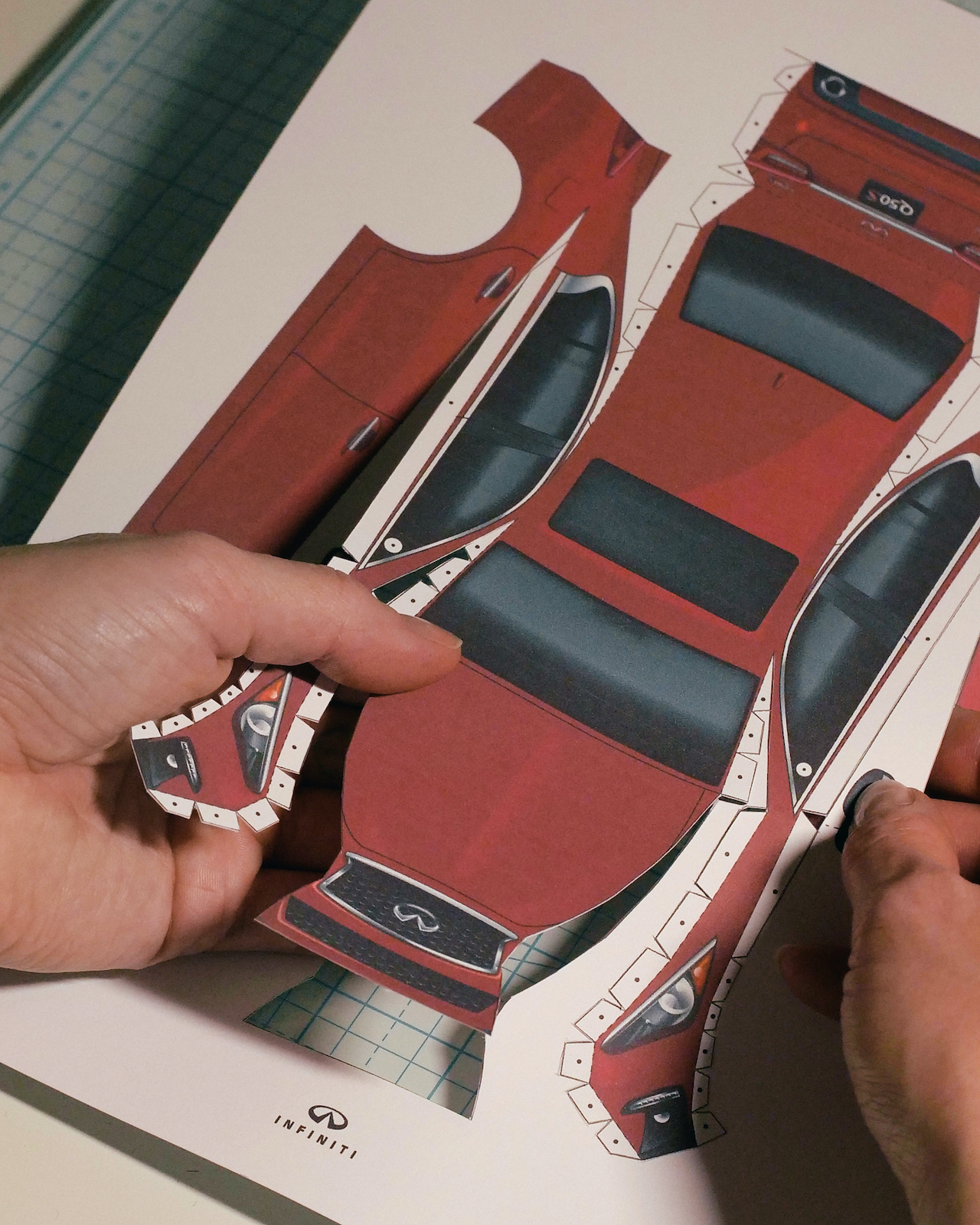 More Infinitis are coming (though not an infinite number of them). Next up on the agenda is the classic FX crossover, one of Infiniti’s best shapes, as well as the QX80 SUV, which is probably easier to make since it’s mostly a square.

You’ll need a hobby knife, like an X-Acto, or some good scissors to cut out the pattern, as well as a surface that’s ok to cut on. You’ll also need some glue and a printer to make this project work. Infiniti also encourages you to post pics of your creations to social media using #ParkItForNow and #Carigami so that everyone can show off (or cringe at) their paper cars.

So if you’re tired of colouring, here’s your chance to make a fleet of lightweight sports sedans and crossovers to then do whatever you want with. We’d suggest making a stop-motion car chase if you’re one of those people with plenty of time and kids that need entertaining. Or just one of those two.