The work of a camera car is far from easy. For a start, load on a movie camera. But not just the bulky and heavy camera, the equipment to go with it. Like the crane that offers those panning and steady shots but can easily tip the scales at more than half a tonne. And that’s without taking into account the weight of the crane swinging back and forth while the vehicle is trying to navigate a turn.

Plus there’s the camera operating crew. It takes more than one person to operate a modern movie camera and get the shot that the director wanted the first time. And all the recording gear that goes along with the camera. They aren’t likely to be using film anymore.

So it has to haul all that gear but then it has to chase down the movie’s hero car. Sometimes at speeds more than 160 km/h. It has to corner like they do and keep pace, but stay smooth not darty or bouncy. And most importantly, it has to be able to do it all again and again and again. Exactly the same way until the shot is just right.

Pursuit Systems is the company that took on the Edge ST. The company has worked on films including Venom, Mission: Impossible Fallout, and CHIPs among many others.  “Speed, acceleration, braking, handling, even roominess – Edge ST has it all,” said Mike Johnson, racer, stunt driver and Pursuit Systems president and CEO. “Our shoots often demand a lot of the equipment we use, and especially the vehicles. In every way, Edge ST measures up.”

That doesn’t mean that the film car is just an Edge with the crane and extra gear, though. For a start, the 2.7L twin-turbo V6 needed a tune to make up for all that extra weight. Not just the film equipment but a roll cage for safety. It got air suspension to manage those extra kilos, but the interior was gutted to try and help minimize it. Finally, the Edge ST gets a black matte vinyl wrap because you had better not be able to see it in the shot.

The Edge ST will join the Pursuit Systems fleet alongside vehicles like the BMW X5M, Porsche Cayenne Turbo and Mercedes-AMG ML63. 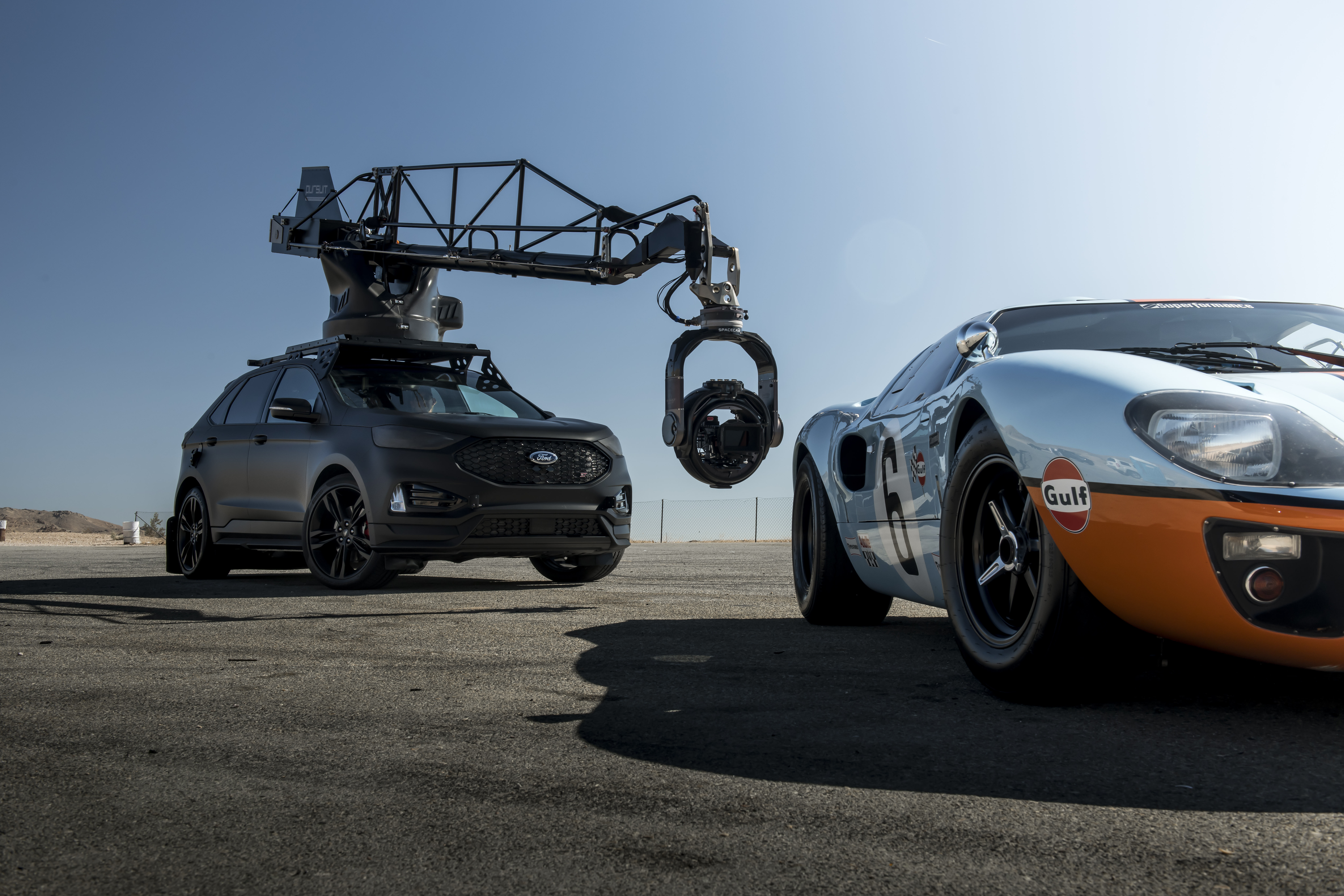