If it seems like an eternity since Ford first uttered the word ‘Bronco’ on stage at the Detroit Auto Show, you’re not wrong. Nearly 1000 days have elapsed since the Blue Oval promised the return of this off-road truck designed to eat Jeep’s lunch. Now, we finally have an idea of what it will look like when the production model drops next year.

Called the Bronco R, this machine you see before you is a race-ready rig designed to take on the mighty Baja 1000 off-road desert race. Pro Trophy Truck racer Cameron Steele has been announced as the driver while Shelby Hall, another accomplished desert racer, will be one of the additional drivers for portions of the course.

“Like the original Bronco, we kept Bronco R’s design authentic and simple, with a roll cage on a production-style frame, and a five-piece lightweight body on top,” said Brian Novak, Ford Performance Off-Road Racing Supervisor. “For the endurance needs of Baja’s grueling race miles, we built in a limited number of race-focused parts. But even the twin turbos of the EcoBoost engine are representative of what the production Bronco will offer.” 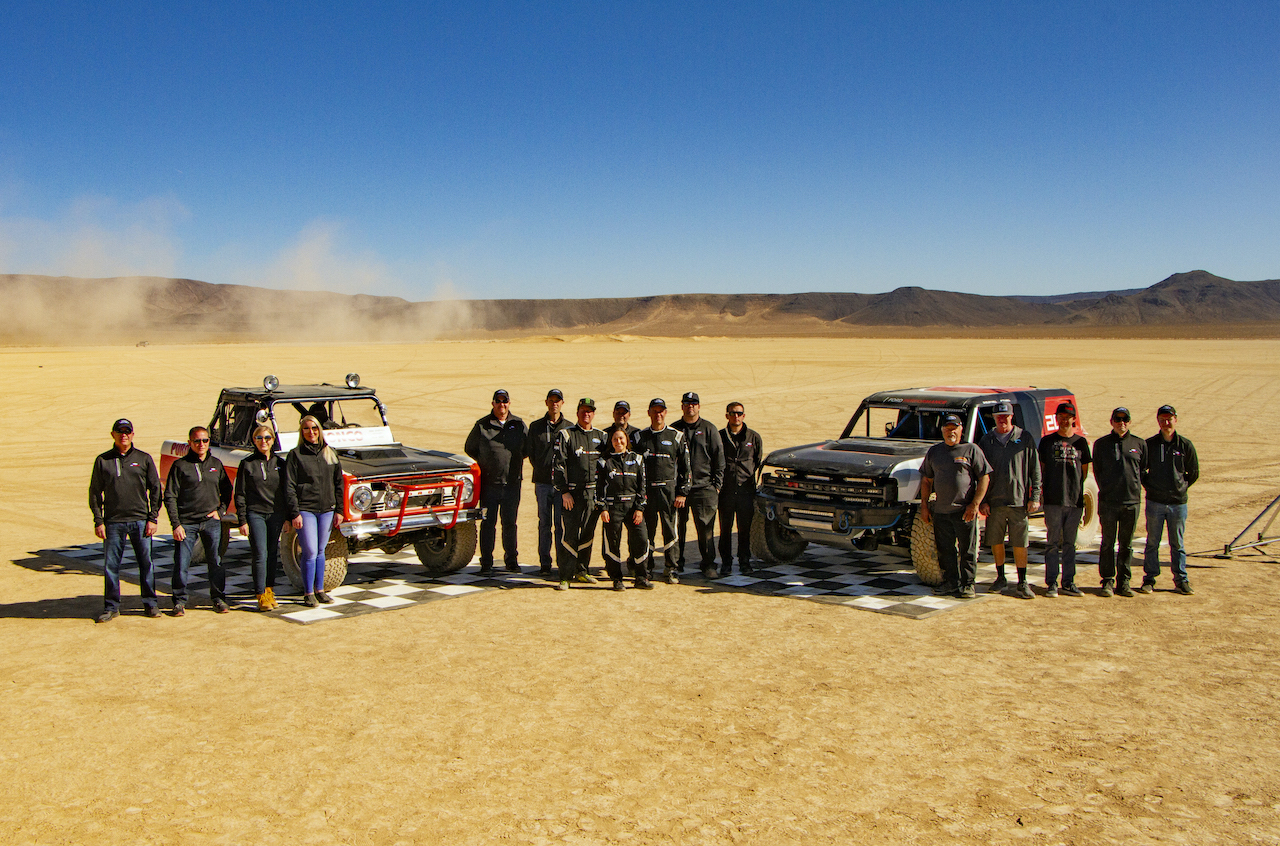 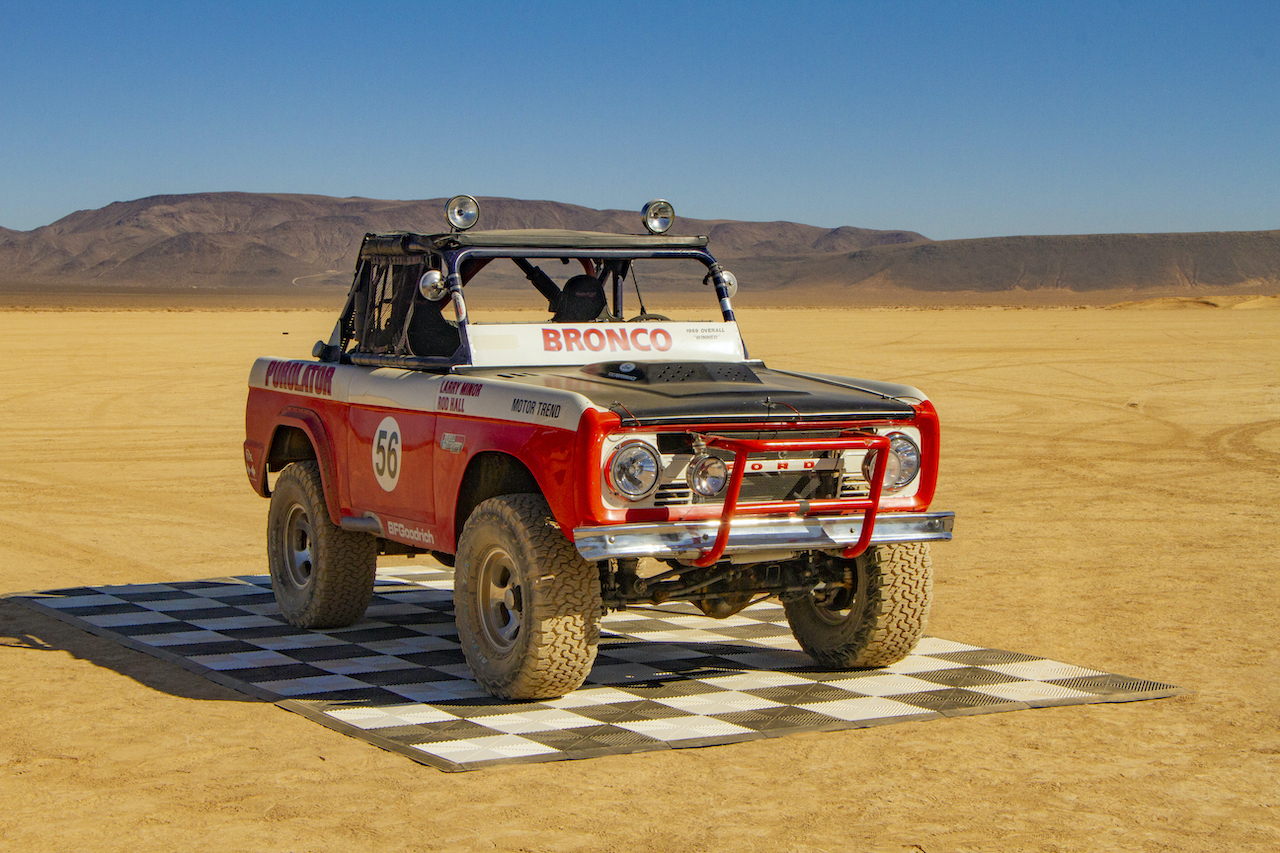 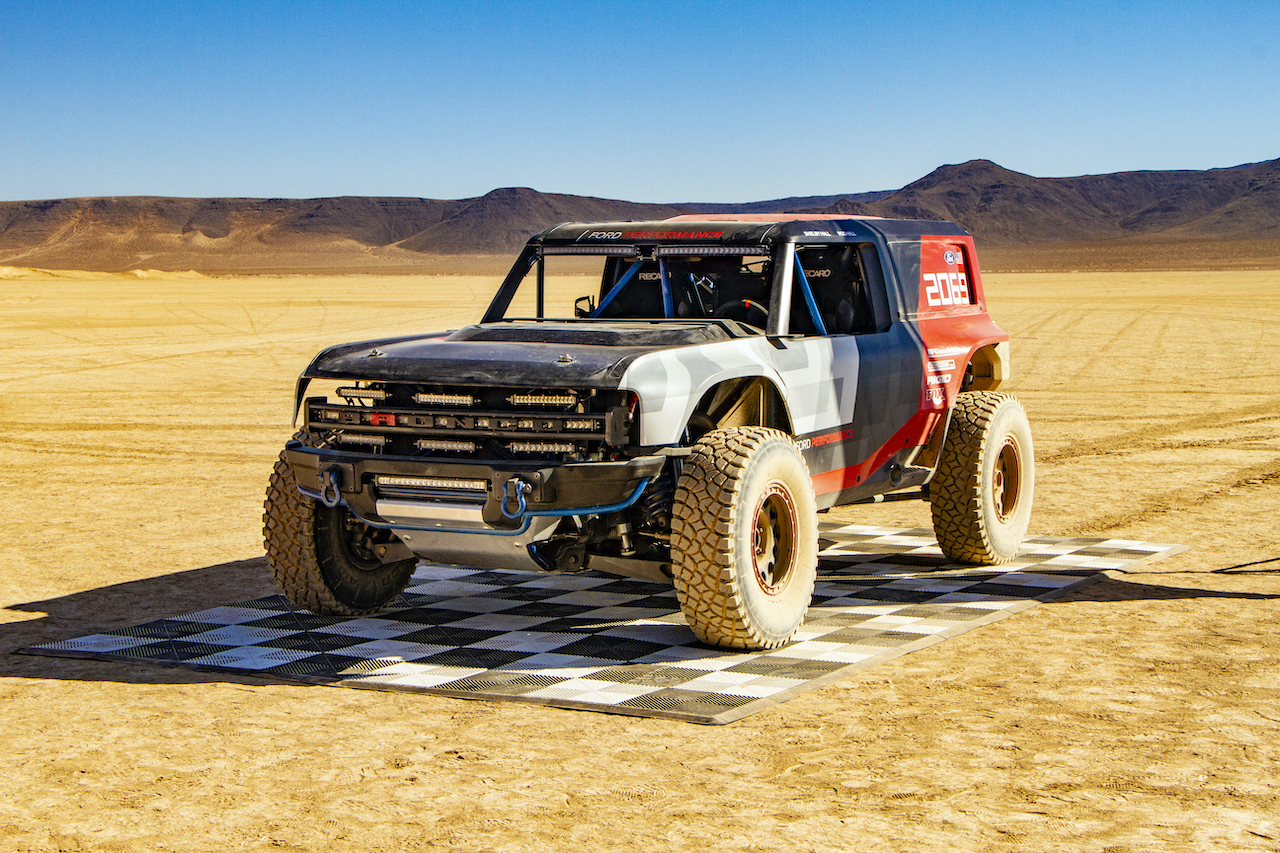 This is our closest clue yet as to powertrain options on offer when Bronco finally appears in dealer showrooms. It has been speculated by many, including your author, that Bronco will use a version of the 2.3L EcoBoost inline-four found in the Ranger and Mustang. However, that mill deploys a single turbo. The mention of twin turbos points us toward the 2.7L EcoBoost V6 living under hoods of the F-150. With 325hp and 410lb.-ft of torque, such an engine would be just the ticket to giving the Jeep Wrangler a good wedgie and stuffing it into the nearest locker.

Its build team focused on creating a race-ready look with an overall heritage-inspired design. With a compressed body height and long-travel suspension, Bronco R has a wide stance to its lightweight composite body, one which includes a clamshell hood and roof. Those clean body panels harken back to the first-generation Bronco models. Don’t expect the 15 LED lightbars to make production but we dearly hope the BRONCO billboard on its grille makes the cut. Given the market’s current propensity for this styling flourish, we are hopeful. 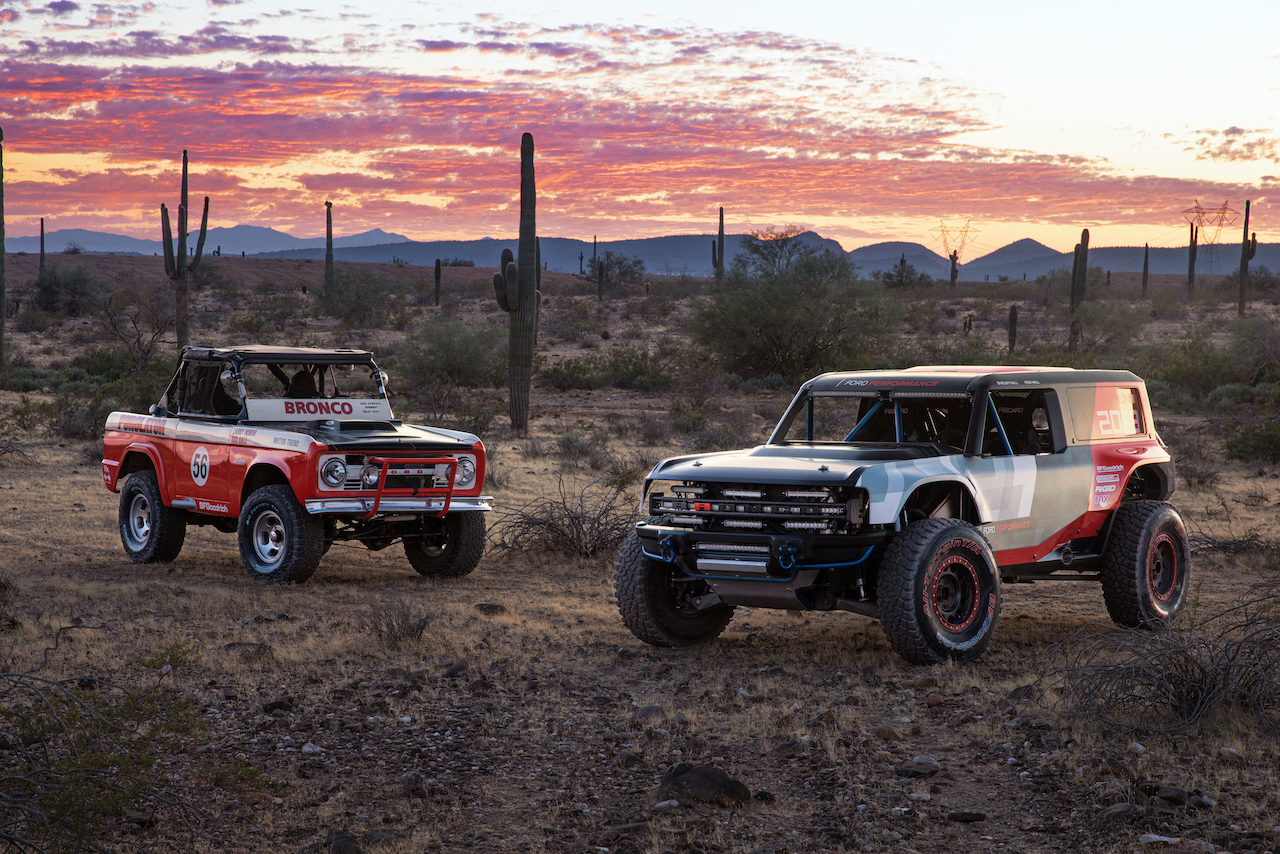 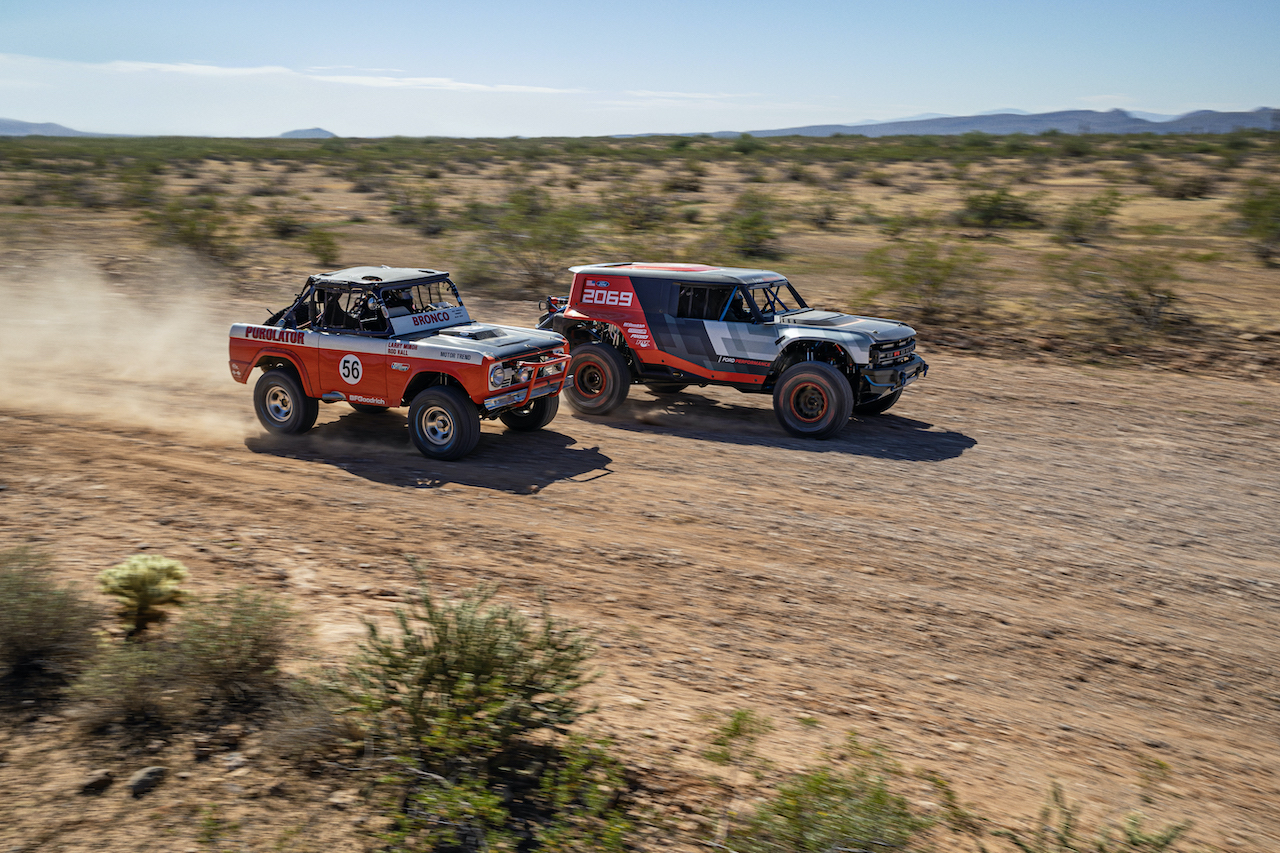 Bronco R is built on a modified Ford T6 architecture that will provide the base for the production model. This is another clue for what to expect when the consumer model appears. Beefed up for Baja, Bronco R features an independent front suspension with 14 inches of travel and a production-based five-link rear chassis design with up to 18 inches of travel. Rounding it all out are custom Fox shocks, 17-inch beadlock-capable aluminum wheels, and 37-inch BFGoodrich tires.

The grueling Baja 1000 kicks off November 19th. Expect the production Bronco to follow in about six months’ time. 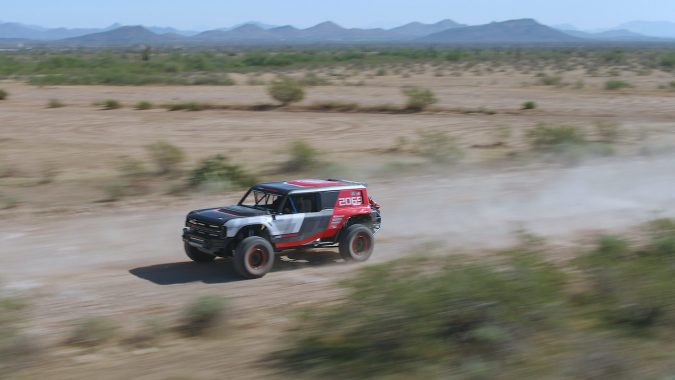 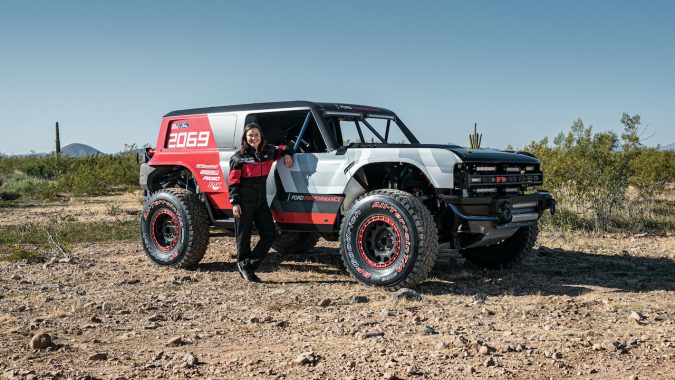 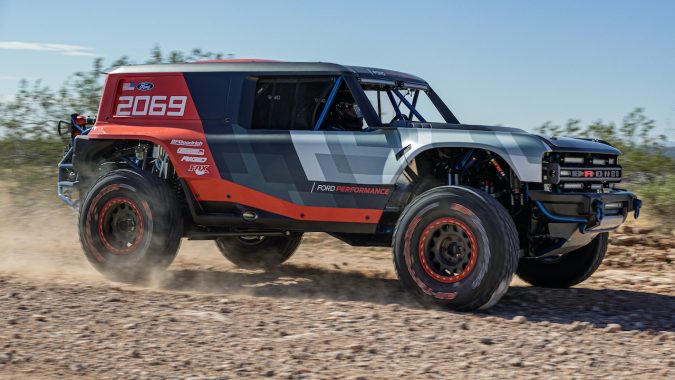 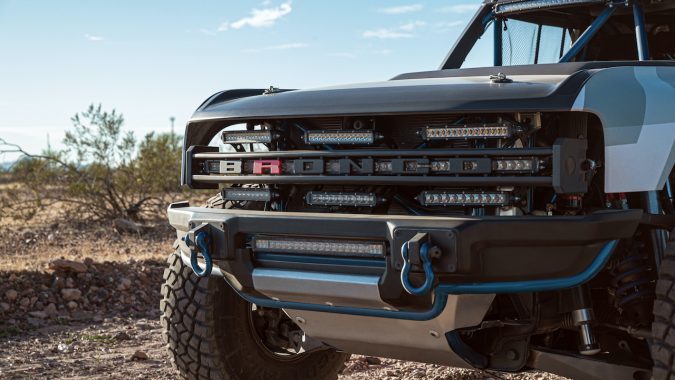 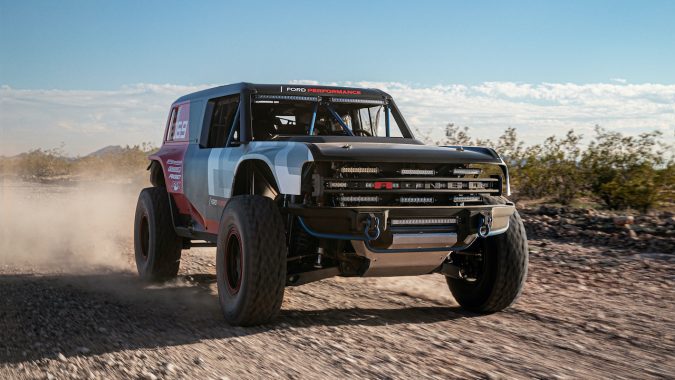 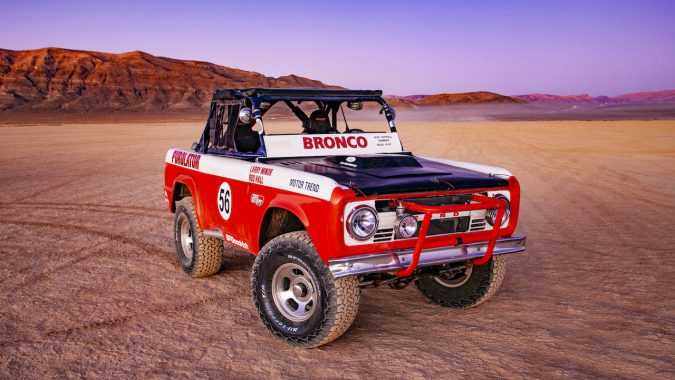 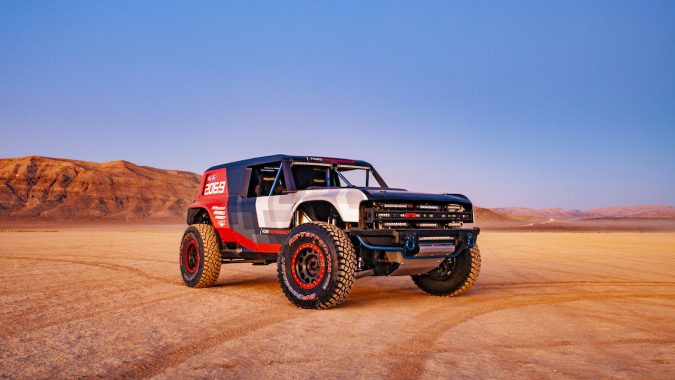 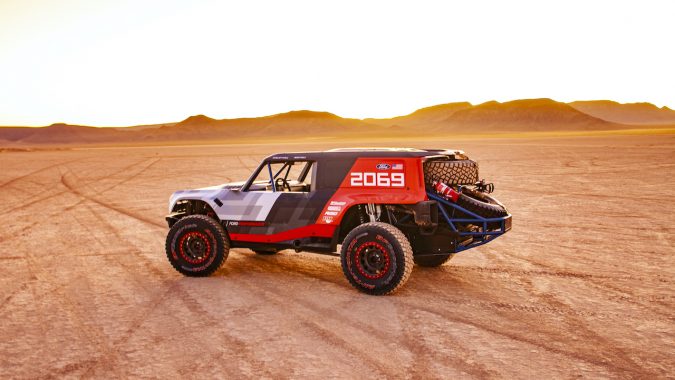 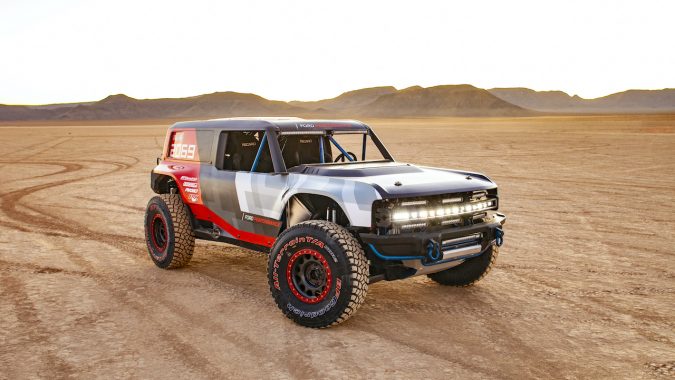 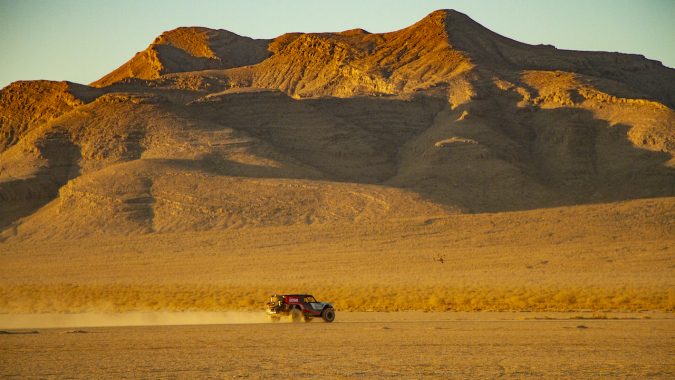 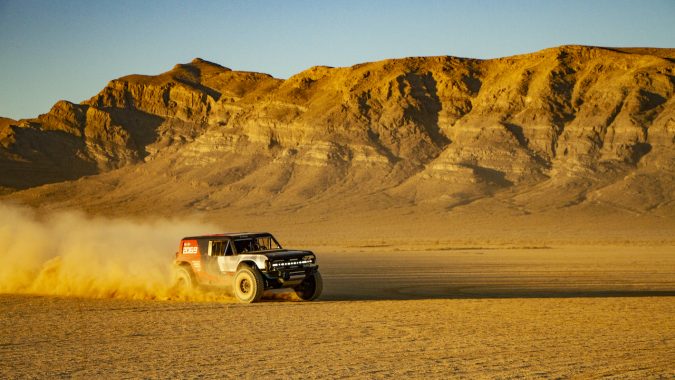 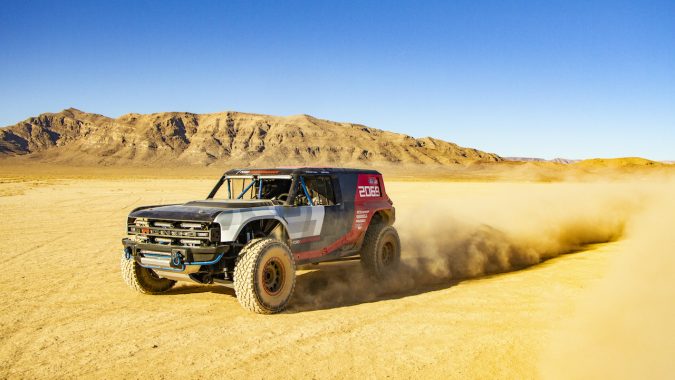 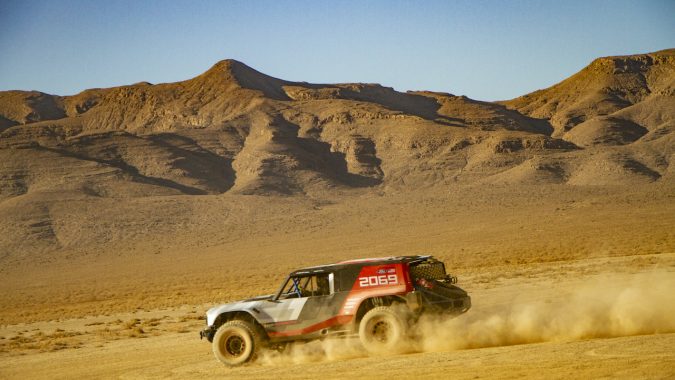 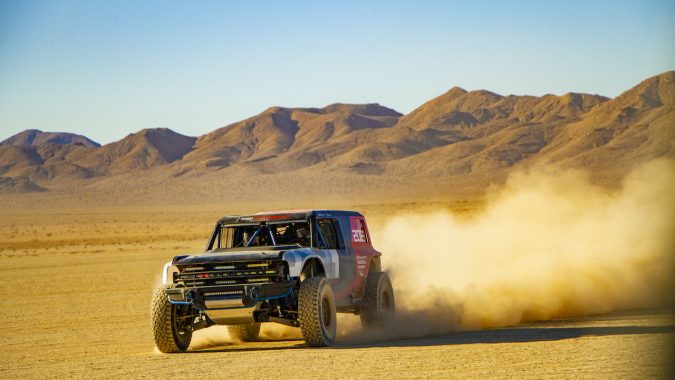 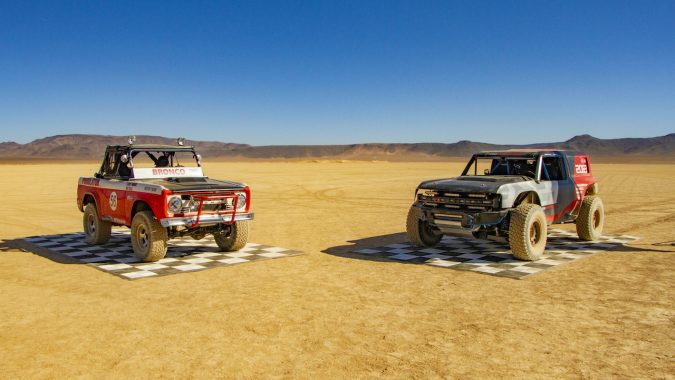