The long, sleek design is a breath of fresh air.

Just weeks after revealing the first crossover from the luxury brand, Genesis has pulled the cover off of another stunner. The all-new G80 sedan is sleek, smooth, stylish, and looks to be loaded with luxury.

If you’re wondering how the still-fresh brand has been pulling these stellar designs out of their studios, give some credit to Hyundai Motor’s Chief Design Officer Luc Donckerwolke, who has worked for Peugeot, Audi, Lamborghini, and Bentley before heading to the Hyundai Group. “The Genesis design DNA begins from the logo itself,” the executive said. “The crest of the logo becomes the Crest Grille and the two lines of the wings become the Quadlamps. In other words, the design starts with the brand, and design is the brand.”

The long and sleek design is a breath of fresh air in a luxury space that is increasingly a land of confusion in the way of audacious expressiveness. Grilles that jump out at you, sharp lines that could cut paper, and vehicles that look more aggressive than luxurious. Where a new Lexus or Audi’s shape might put you on edge, this one is strangely calming.

Inside, the first thing to catch your eye is the unusual twin-spoke steering wheel with a fat and wide center, but it looks like the GV80 crossover’s and it seems to be the direction where Genesis is headed inside. Genesis calls the design of the interior “the beauty of white space” using minimalism over needless complexity. It is, like the outside, simple and elegant. There is a large 14.5-inch infotainment screen but despite the size, it doesn’t look to dominate your forward view. 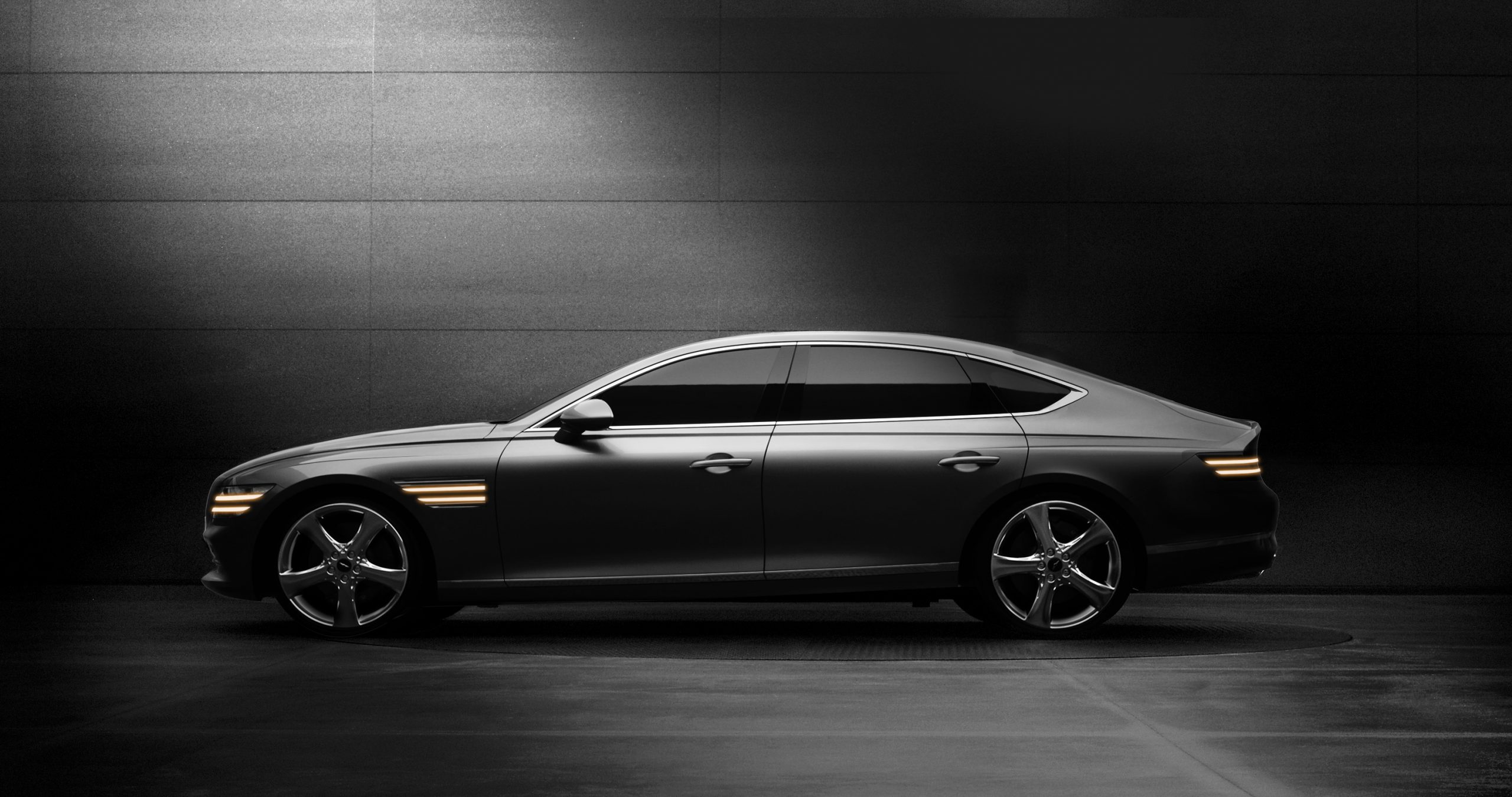 Genesis says that the company has worked to give the car slim A-pillars, a smaller inside mirror, and slim air conditioning vents to give the driver a more panoramic view from behind the wheel.

The release from Genesis was short on details, but where this model shares a platform with the GV80 we’d expect similar powertrain options, likely the crossover’s 2.5L turbo four and a 3.5L twin-turbo V6. We do know that all-wheel drive will be standard in Canada, and Genesis says it will be loaded with advanced driver assistance systems.

The G80 is set to debut in the Korean market in March, with Canadian deliveries set to begin the second half of this year.