Getting around on two wheels, but not a bike

Electric scooters are becoming a common sight in Toronto. Here is what you need to know

No, it isn’t your imagination. More and more people in urban centres are using electric scooters as a convenient and nimble way to zip across town. Far from being a toy, these battery-powered rides have modern brakes, robust tires and real suspensions.

It’s also “illegal” to ride them in Toronto.

If you operate an electric scooter in the city, you’re technically breaking the law. While the Province of Ontario has a five-year pilot project intended to evaluate the use of e-scooters and examine their ability to safely integrate with other transportation, lawmakers in Toronto chose to opt-out of the program. That means the devices are not allowed to be operated, stored or parked on any public street in Toronto — including bike lanes, cycle tracks, trails, paths, and sidewalks.

So why are they spotted with alarming regularity in the downtown core? Blame (or thank) a level of enforcement that is almost non-existent. For now, most e-scooter riders simply comport themselves around Toronto like bicyclists and others using rideables. This has led proponents of the devices to argue the city’s vote was more of a referendum on keeping large-scale scooter rental companies from depositing hundreds of the devices on our streets.

With those caveats out of the way, we sought to unravel a few intricacies of electric kick-style scooters. This being the Wheels section, we’ll start with performance figures. Some models have a top speed of about 25 kilometres per hour, a velocity which will understandably be dictated by battery level and available traction. The more costly dual-motor models can cruise to a startling 60 kilometres per hour. Prices for an e-scooter will range between $500 to more than $2,000.

Speaking of, how far can the average driver travel on one of these things before it gasps its last electric breath? There’s a saying in auto racing that, “Speed costs money. How fast do you want to  go?” In terms of electric kick scooters, that phrase can be modified to, “Range costs money. How far do you want to go?” Just like road-going electric vehicles, battery size and complexity play a big part in this answer.

Even entry-level electric scooters are good for a range of about 20 kilometres when used in ideal conditions and on a full charge, meaning a rider could round-trip from the CN Tower to Nathan Phillips Square about 10 times before needing to find a power outlet to recharge. More robust models, like the Segway Ninebot KickScooter Max, are good for up to 65 kilometres of all-electric riding and take about six hours to fully recharge. 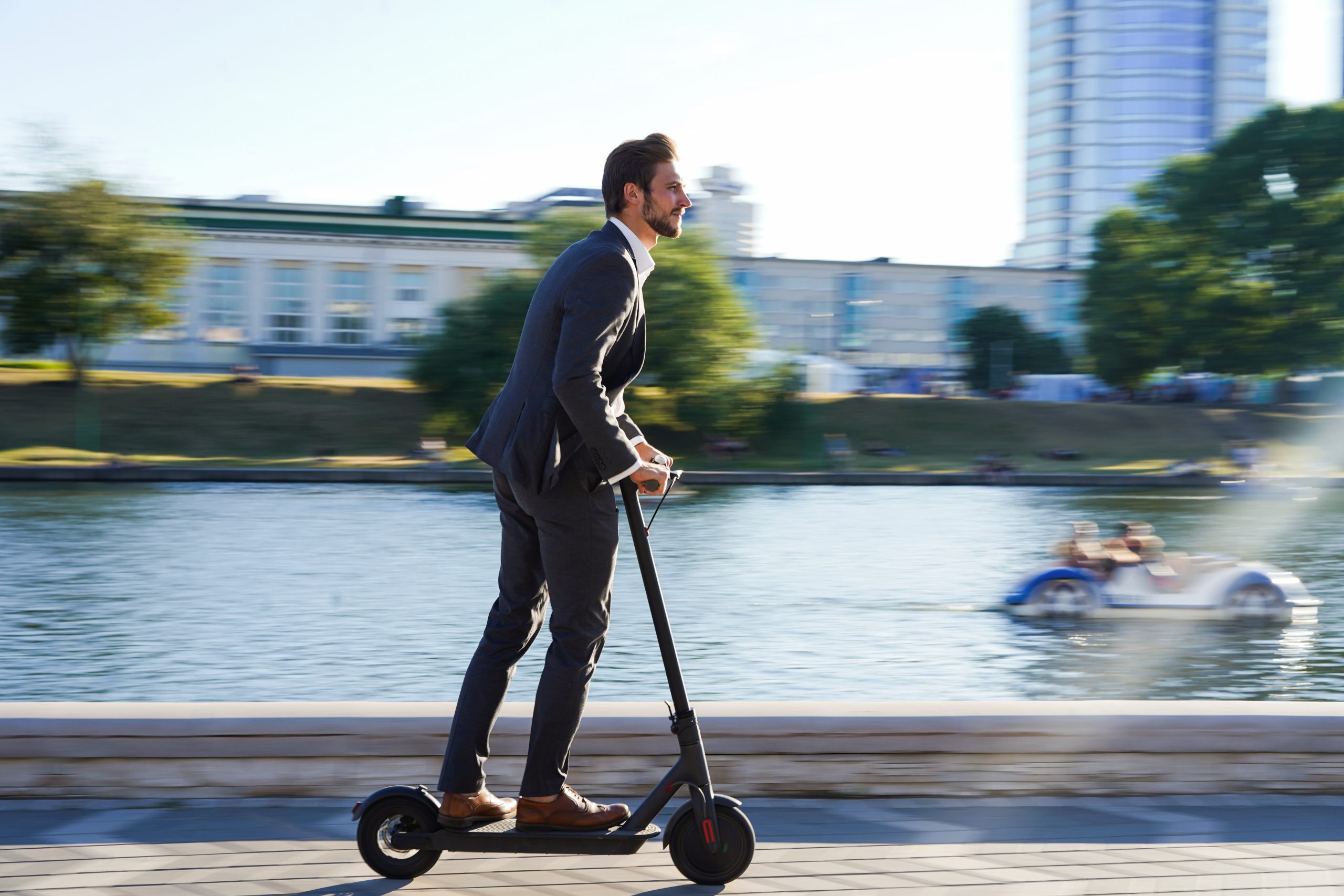 After spending up to four figures on an electric kick scooter, owners will be apt to secure the thing when popping into the shops. Experts recommend using u-locks, which have a very short shackle, rather than traditional chain locks, since they are slightly tougher for thieves to cut through. Depending on the brand, scooters may also come with concealed GPS units, key start ignition, or NFC (near-field communication) card readers to activate their electric motors.

Some critics of e-scooters being used on city roads will point to the lack of ridership licensing and regulation. These are topics that are being addressed by a group of electric scooter and micromobility retailers from across the country, who have formed the Canadian Micromobility Alliance.

“We are focused on safety,” said Aaron Binder, chief experience officer for Segway of Ontario, one of the alliance’s founding members. He said it is working to develop outlines for insurance products and safety courses. “Advocacy at different levels of government is key to ensure a level playing field in terms of legislation.”

As with bicycles, the Ontario Highway Traffic Act sets out rules and penalties that apply to the operation of e-scooters in areas of the province affiliated with the pilot project, including riding while under the influence of drugs or alcohol.

Binder said high-quality scooters will come equipped with bells and lights, matching the safety items required on other rideables, like electric bikes. Modern electric and mechanical brakes are also paired with contemporary suspension technologies to keep e-scooter riders—and those around them—safe.

You can be sure with increasing urban densification, there will be no shortage of future conversations about electric kick scooters as an option for those seeking zero-emission transportation.

Escooters are technically illegal in the city of Ontario but laws barring their use aren’t heavily enforced. Advocates have been urging for the gradual implementation of more purchasing outlets, and infrastructure, for escooter riders.

Range: Up to 17 kms on a single charge