According to the data, eighty-six million machines rolled off dealer lots from January 1946 to January 2020

“Facts are stubborn things, but statistics are pliable.” That quote is attributed to Mark Twain, though it has surely been uttered as a smothered invocation by most politicians when someone starts questioning their expense claims.

There are occasions, rare as they may occur, of statistics being useful little things. Apparently, someone in the federal archives has kept stats of new car sales in this country going all the way back to 1946. It would seem that someone at StatsCan is a gearhead.

Deploying the immense power of Microsoft Excel, we’ve sussed out some of the more interesting statistics in the arena of car sales over the last 75 years. For most years, the numbers are broken down into vehicles of “North American” and “Overseas” origins, while trucks are detailed in their own category as well.

Your author’s father used to have a tendency to, during any lull in conversation, randomly spout obscure facts and figures he learned while perusing a copy of Uncle John’s Bathroom Reader. If dad knew these stats, we’d never hear the end of them.

These numbers from StatsCan stretch all the way back to January 1946, just four months after the end of WWII. Mackenzie King was still Prime Minister and King George VI sat on the throne in England. The Habs had won their sixth Stanley Cup. Yeah, that was a long time ago. 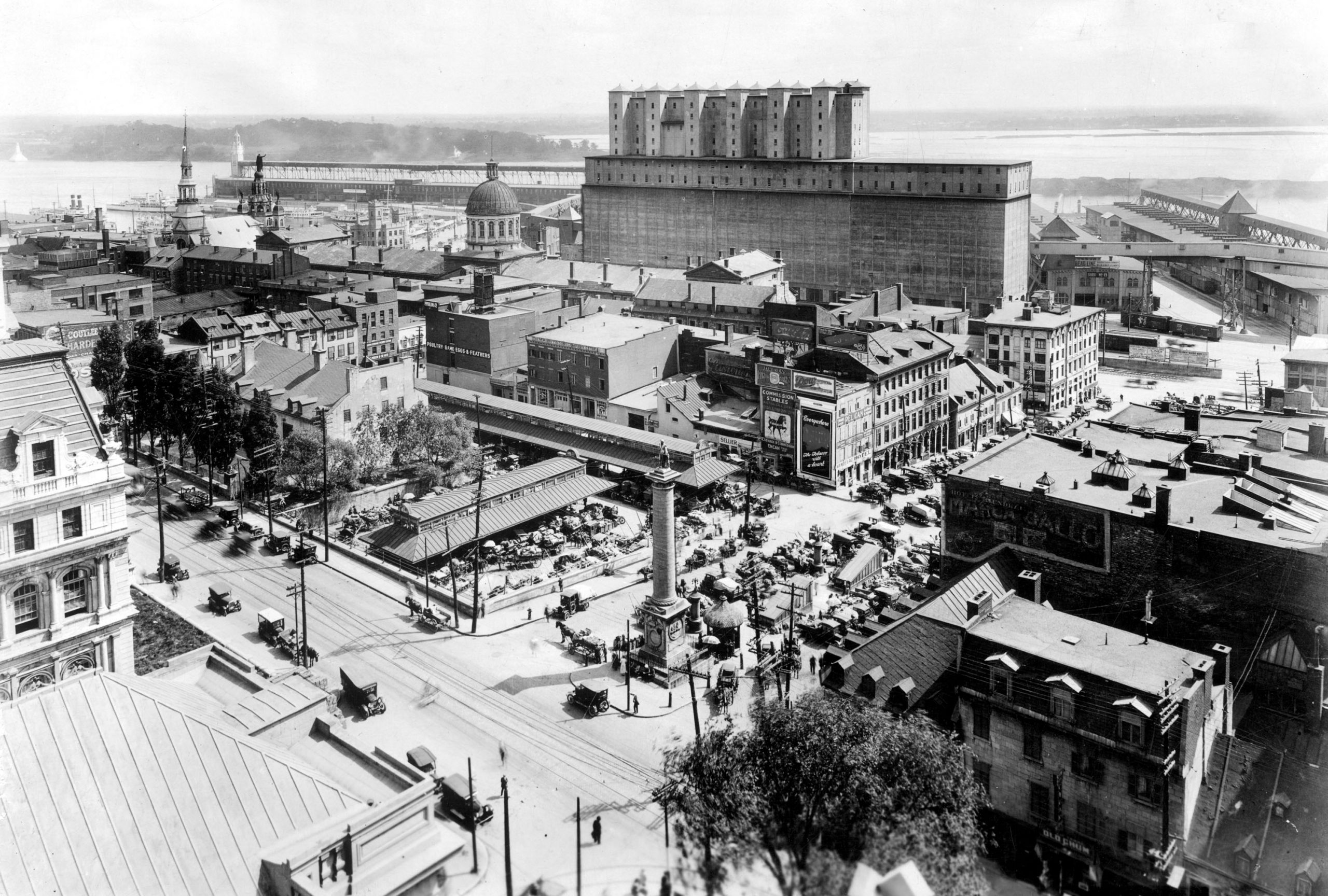 According to the data, a grand total of 120,444 vehicles were sold in Canada that year. This is a remarkable number when one considers the country only had nine provinces at the time and most communities had yet to be connected by a road network. A grand total of $24,160,000 was spent on vehicles, working out to an average transaction price of $1610.

Rise of the Trucks

There was a time, believe it or not, when people generally bought pickup trucks for work purposes. I know, it’s hard to imagine. Back then, trucks were agricultural tools with a gas tank slung behind the seat and bereft of a headliner. 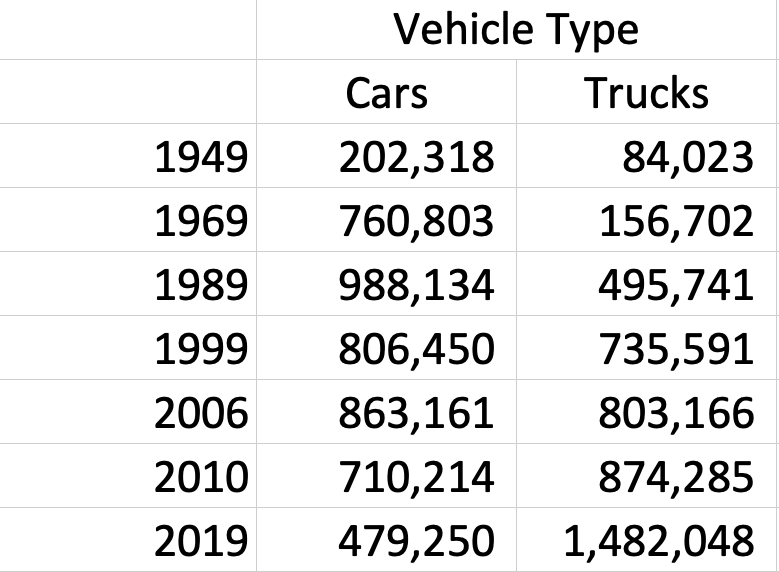 We’ll remind you that, in this data set, the term “trucks” is a broad net – it includes minivans, sport-utility vehicles, light and heavy trucks, vans and buses. Still, it’s an excellent barometer of consumer taste. In 1969, a whopping 82.9% of the 917,505 new vehicles sold were classified as cars. Fifty years later in 2019, that number was nearly reversed, with 75.6% of the nearly two million new vehicles sold that year classified as trucks. 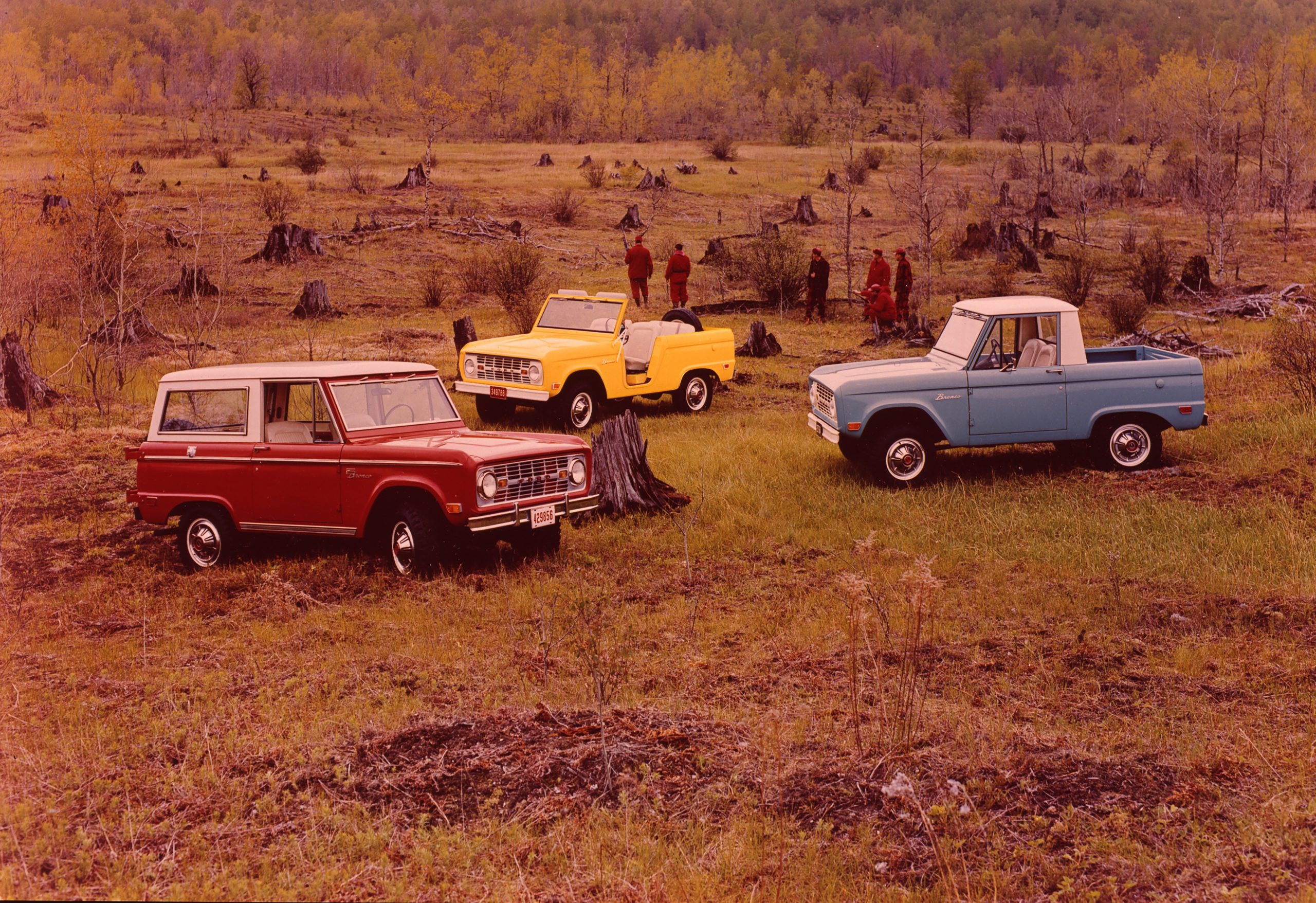 The tipping point? That’d be 2010, when 55% of sales fell in the truck category. Consumers haven’t looked back since.

The Cratering of Detroit

A look at these numbers underscores how much business was taken from Detroit-based carmakers by its competition. For example, in January 1953 – the first month “North American” and “Overseas” manufactured cars were distinguished – there were a total of 30,203 vehicles sold in Canada.

Of those, 28,713 of them were North American cars or trucks, a stunning 95% market share. Of course, vehicles from other countries were considered something of a novelty in the mid-50s but it does show the chokehold Detroit iron had on the market. Another takeaway? The average price of a North American vehicle was around $2500 while foreign vehicles commanded about $1900 each. 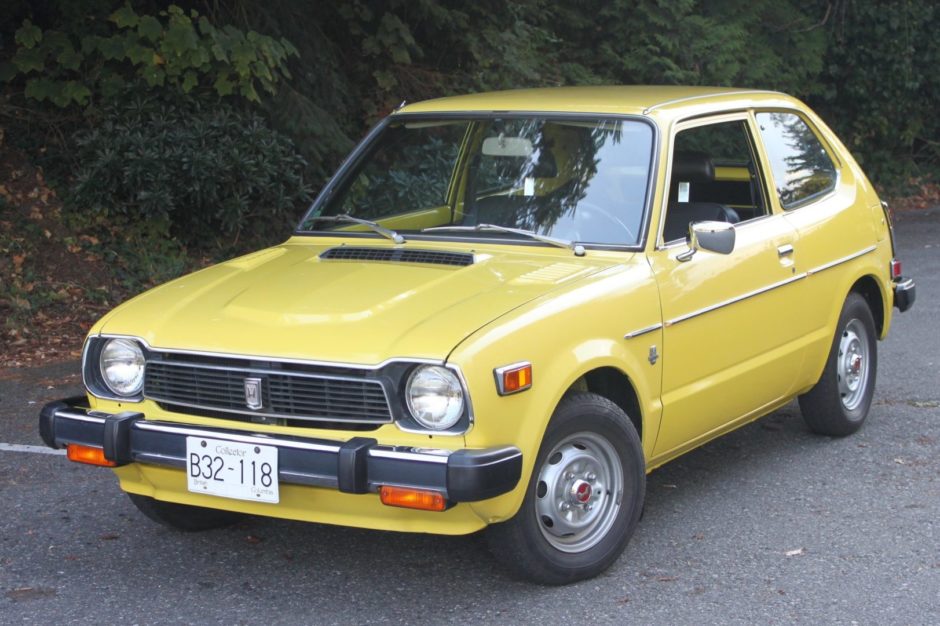 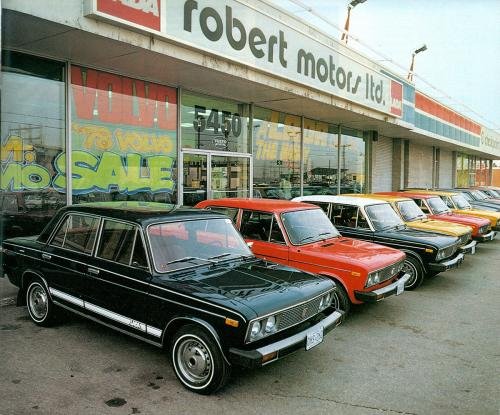 In 1981, the last year before Honda opened its North American plant and added its numbers to cars made on our continent, 75.4% of the 1.2 million cars and trucks sold that year were so-called domestics.

Using this data for comparison to today’s market is tough, given that many automakers from other continents have set up state-of-the-art factories on North American soil. However, we can look to sales results from the whole of 2019 in which we find the Detroit Three brands moved a combined 767,770 units of the 1.9 million sold in Canada. Some quick math proves that to be a 39.9% market share.

Most people who were alive in the ’80s either owned a Hyundai Pony or knew someone that did. The little rear-drive hatchback from Korea showed up on Canadian shores in late 1983. Demand was enormous, with advertisements boasting that they were selling, on average, a hundred per day by 1987.

The raw numbers back this up, to a point. In July 1983, 78.4% of new passenger cars were categorized as “North American”. One year later, after the Pony appeared, that number shrank to 73.5%, then to 63.9% in the same month of 1985. To be sure, the little Pony can’t take all of the credit but it can certainly lay claim to a large portion of this difference.

Drilling to an incredible level of specifics, consider July 1986 in Newfoundland. With Pony fever in full swing, 303 cars classified as coming from ‘Other Countries’ were sold. This is nearly double the 155 cars listed as being built in Japan and the first time the latter had been eclipsed by such an amount. Hyundai would have been one of just a handful of makes counted in that 303 figure. If you’re wondering, 1603 and 921 North American cars and trucks were sold, respectively, that month by polyester-clad sales reps. Average prices? About $12k for NA cars, $12.4k for Japanese cars, and $10k for the “Other Countries”. Trucks pulled about $14.4k each from the wallets of their new owners.

It’s always fun to read a “Best Of” list, particularly when it involves vehicles of Simpsons episodes. From the timespan of January 1946 to January 2020, the best month ever for vehicle sales in Canada was May 2017 when no fewer than 220,436 new rigs were driven off dealer lots. That’s 7110 a day, or nearly 300 per hour. Every minute, on average, five new people signed the note on a new machine. 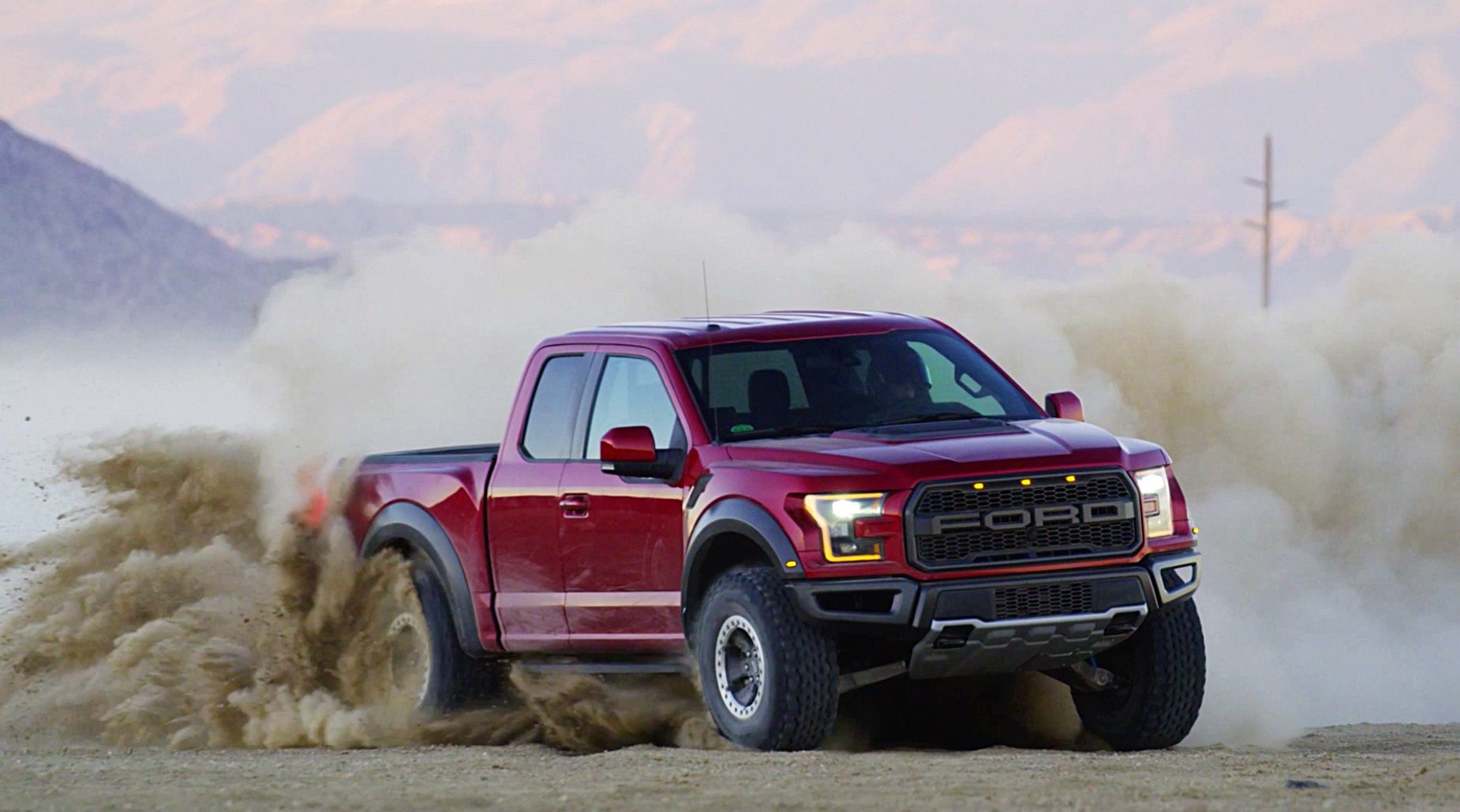 Interestingly, in terms of monetary value, the best month was exactly one year later. Total sales were only 168 units fewer but the total dollar spend was way higher. How high? Try $9.2 billion (yes, billion with a b). Someone must have been snapping up a few Lambos and McLarens for the summer driving season. If you’re wondering, the average price that month was just shy of forty-two grand.

So just how many vehicles have Canadians bought over the last 75 years? According to the data, a total of 85,931,764 machines rolled off dealer lots from January 1946 to January 2020. Nearly eighty-six million. Your author finds that number difficult to comprehend in real terms.

If that number is difficult to grasp, consider the total amount of money spent on new road-going rigs during the same time period. Thanks to the magic of Excel formulas doing all the work for us, we learned that approximately *ahem* $1,794,885,464,000 ($1.8 trillion) has been spent on vehicles since the dawn of 1946. Yes, we triple-checked the math because that is a figure in excess of Canada’s GDP.

Taking a step back, though, that number isn’t completely out to lunch. When divided by the number of vehicles purchased over the same time frame, it provides a figure of $20,887. That seems reasonable to us.

With all those minute details about the Canadian auto market, you’re completely and utterly armed for bear at your next gearhead trivia night. We could go on with more detail, such as a breakdown of provincial tastes (Alberta and Newfoundland have always really liked their trucks, for example) but we run the risk of sounding like dad quoting the Bathroom Reader.

You can find all the data we used here at this link. 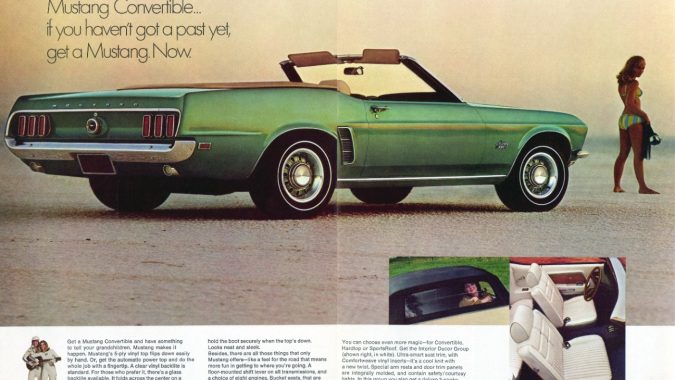 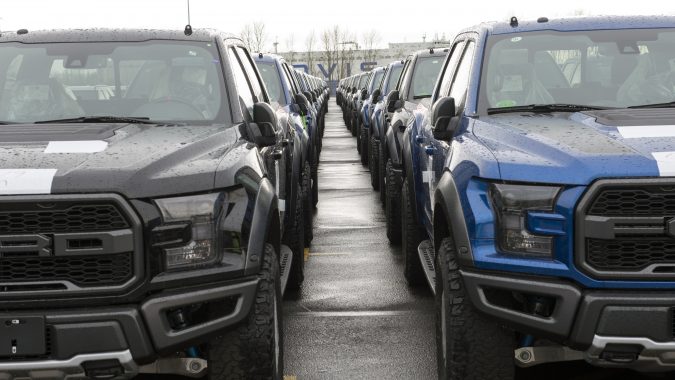