Hyundai has just announced a new sound-cancelling technology for use in cars that it says is a world first. Road-Noise Active Noise Control speeds up and improves sound isolation over other similar systems.

Getting rid of sound in cars is nothing new, in fact, it’s likely one of the longest-running developments since the first cars were ever made. Every vehicle sees extensive research and multiple approaches toward what Hyundai calls passive noise control. That’s items like rubber bushings instead of steel, adding insulation and carpeting to the vehicle. Even simple mufflers, though it can get more high-tech with innovations like multi-layer laminated glass and building reinforcements inside panels to change their acoustic properties. Hyundai, though, says that there’s a limit to how much noise this can block out and that the current trend toward making vehicles lighter to improve efficiency takes away from what automakers can accomplish in that area.

Active noise cancellation is nothing new, and is another increasingly popular way to quiet a car. Many luxury and near-luxury brands use this tech, which uses the car’s speakers to play a sound that’s the opposite of the road noise. So the two sound waves cancel each other. 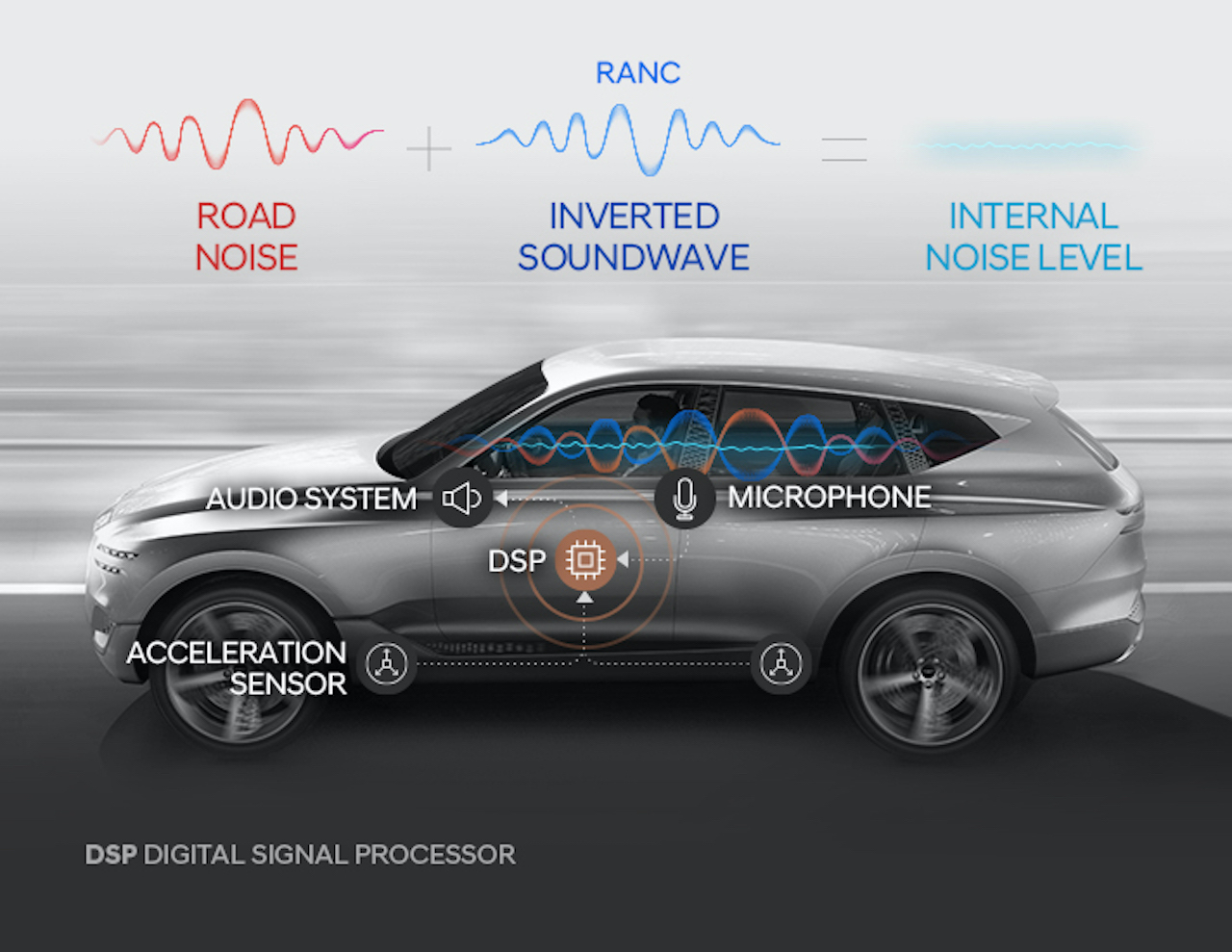 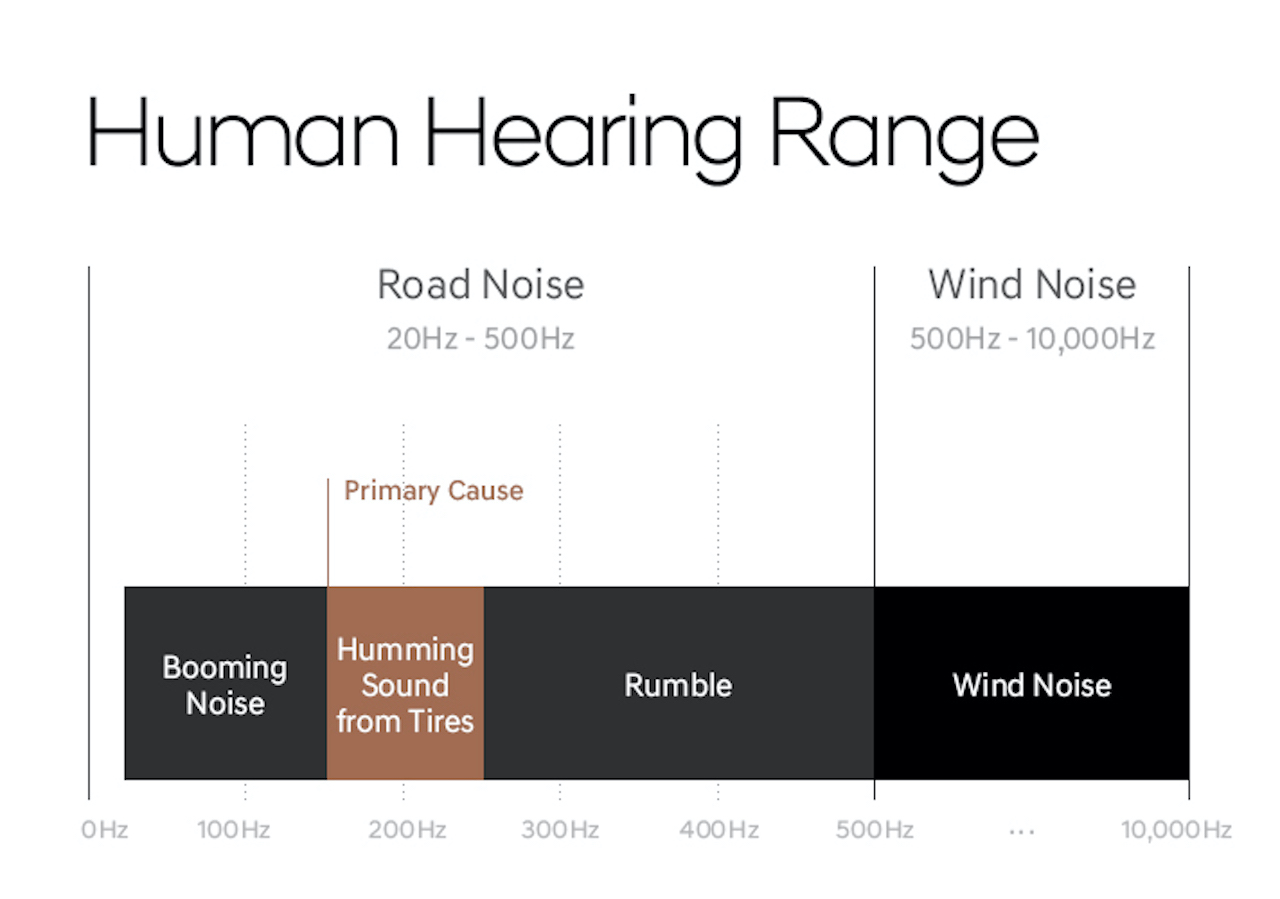 Hyundai says that current ANC tech works best on lower frequencies, from 65 to 125 Hz. It’s also largely limited to cancelling out constant and predictable noise, because of slow operating speeds. Their new system is said to fix both of these issues.

The RANC tech uses speed sensors, amps, microphones, and digital processors. It calculates the vibration from the road to the car, for the computer to analyze. It can process and produce an inverted soundwave in just 0.002 seconds, which is the key, Hyundai says, because engine and road noise take about 0.009 seconds to get to you. The RANC system can send signals through the car so quickly because it uses fibre optic tech instead of a traditional electric signal, making it about 10 percent quicker for the signal to travel. It also uses improved hardware to slash calculation times.

Hyundai says that in tests the system reduced cabin noise by 3dB. That doesn’t sound like much, but because of the logarithmic decibel scale, that means noise is essentially cut in half.

Hyundai’s lab has spent six years developing the solution, which it says can be implemented in many vehicles. It will first be used in an upcoming Genesis model. 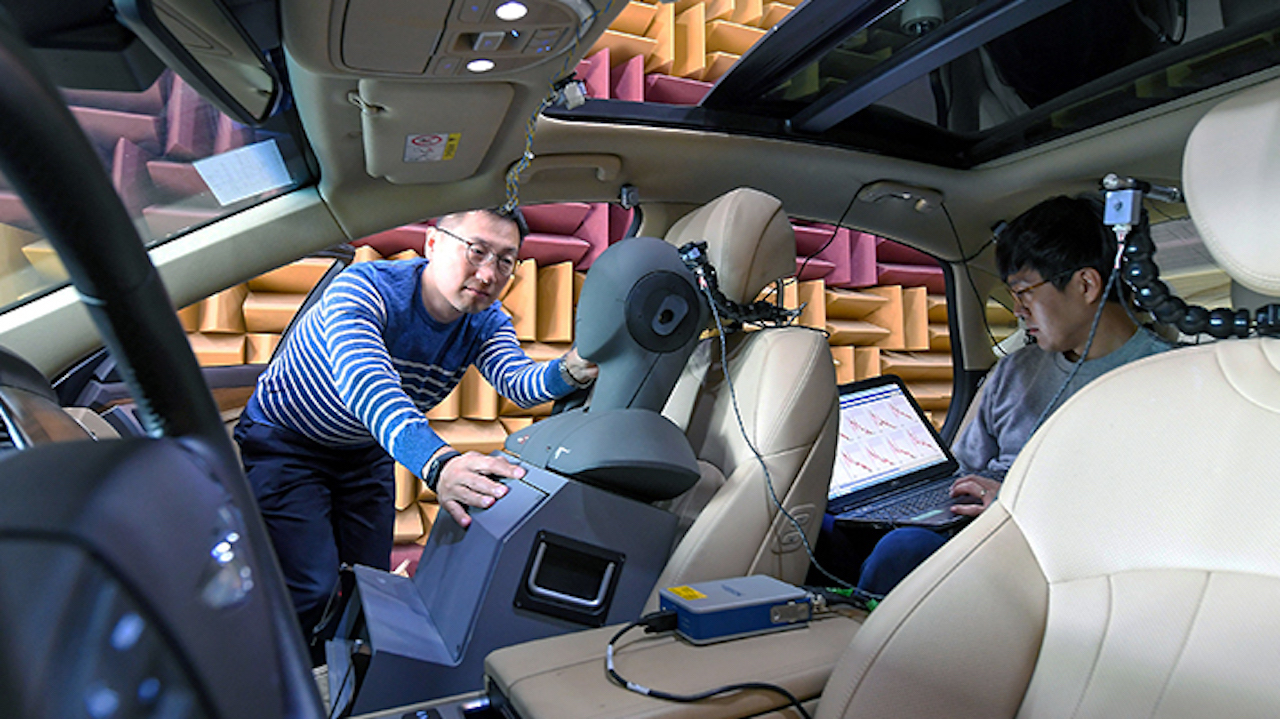