Icon 1966 Bronco for Sale for Charity

It's being sold to benefit Autotype's Emerging Designer Scholarship Fund

Icon 4×4 is known for turning classic SUVs into works of art. Stripping them down to nothing and building them to a level even better than you probably imagined when thinking about your own dream build. New chassis, new engines, even new trim and switchgear that’s nicer than anything that ever came with a Ford Bronco or Toyota FJ from the factory. Now, here’s a chance to own one of these masterpieces. A 1966 Icon Old School BR.

It started life as a 1966 Ford Bronco. The first year for the two-door off-roader that put more utility into the equation than sports. But there’s not much left here that came from Ford in 1966.

Underneath the truck is a new chassis from Art Morrison. A company that’s legendary for building modern frames for vintage rides.

Between those new frame rails is a Ford 5.0L Coyote V8. It’s a brand new engine that makes 426 hp and 402 lb-ft of torque. That power is sent through a five-speed manual box to all four wheels through an Atlas II transfer case. At the ends are custom Currie Dana-based axles with ARB locking differentials. 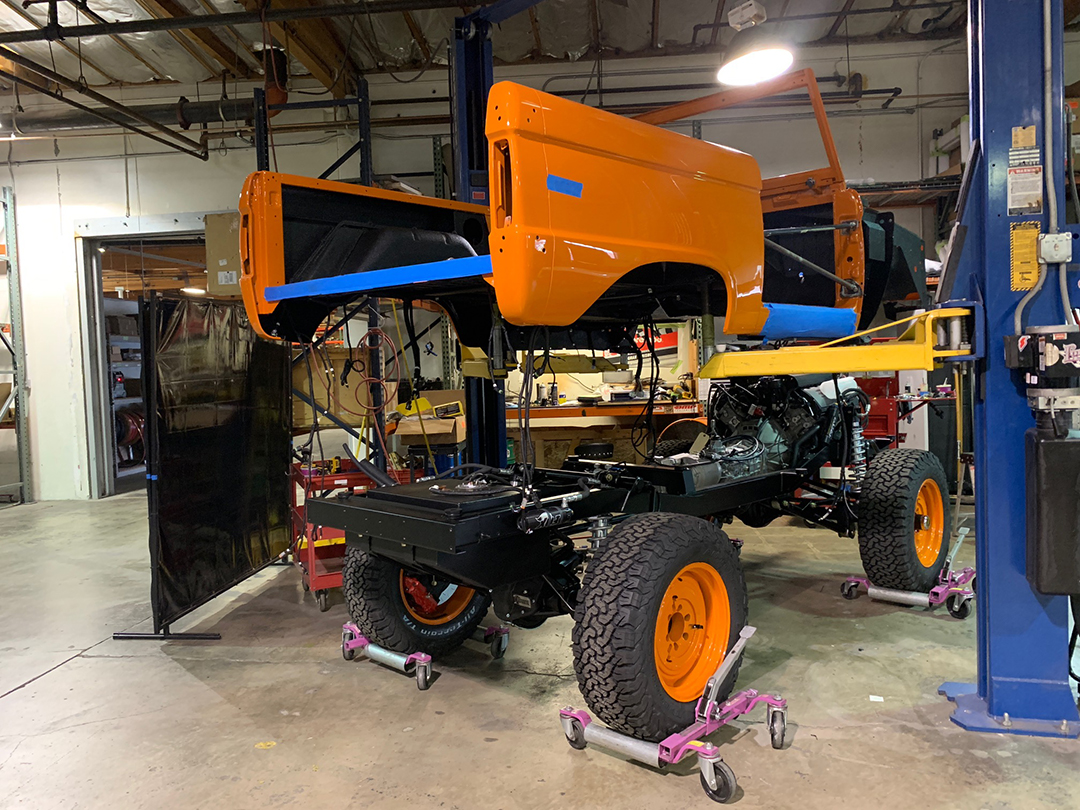 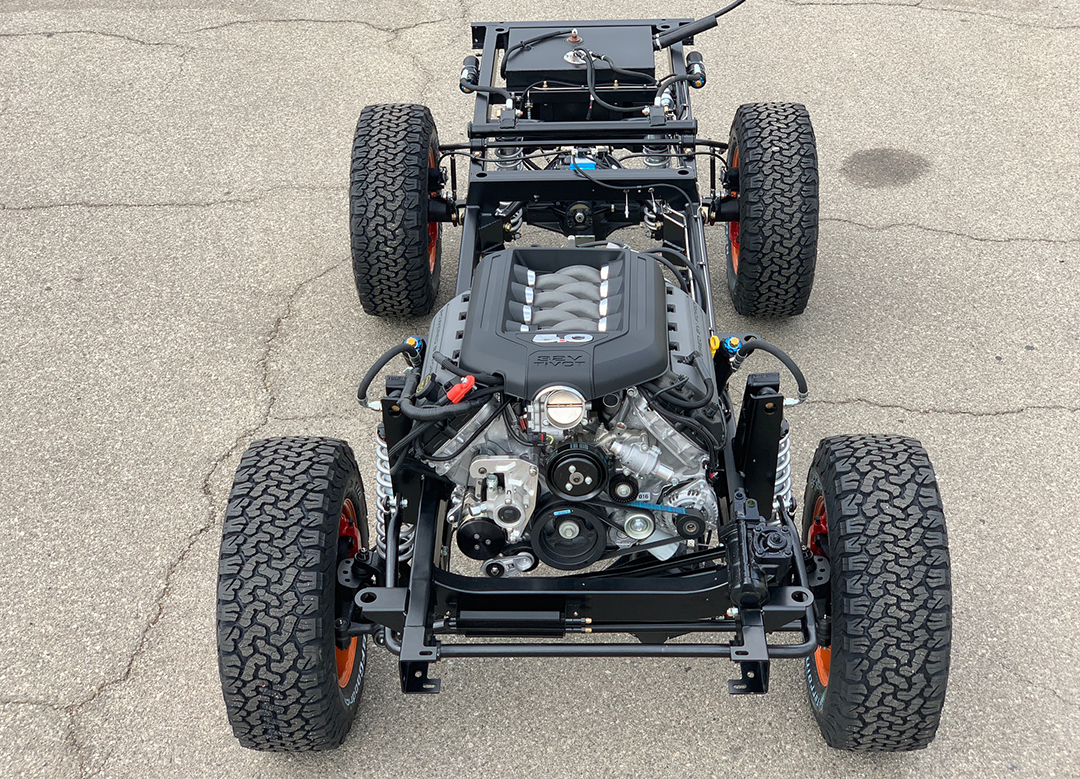 Fox Racing shocks and Eibach coil springs replace the leaf springs that were onboard when this Bronco left the factory, and should make sure that it’s never bucking. Those stock-looking steel wheels? They’re actually CNC machined from forged aluminum. That’s the kind of subtle change that Icon applies to vehicles.

The interior gets a similarly custom treatment. The dash is fitted with vintage-look knobs and there’s a custom tilting column. New gauges continue the classic look with modern functionality. Air conditioning has been fitted along with a modern stereo. The seats are rebuilt and clad in leather with orange houndstooth inserts. The front seats are heated.

Other touches on this Icon include power retracting and illuminated steps from AMP Research, extra sound deadening, and an ARB inflatable jack that folds flat for easy storage.

Icon says that normally there’s a two-year wait to get one of its custom builds. But this one gives buyers the opportunity to jump that line. It’s being sold to benefit Autotype, a platform to help designers sell their work. 10 percent of the truck’s sale price will go to Autotype’s Emerging Designer Scholarship Fund. The Fund awards scholarships to students studying any type of design, including graphic, fashion, and industrial. 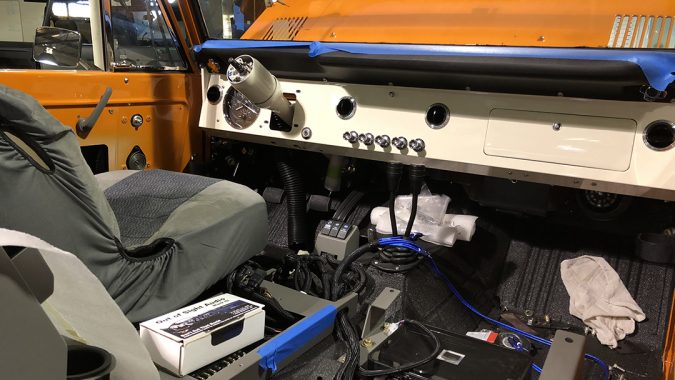 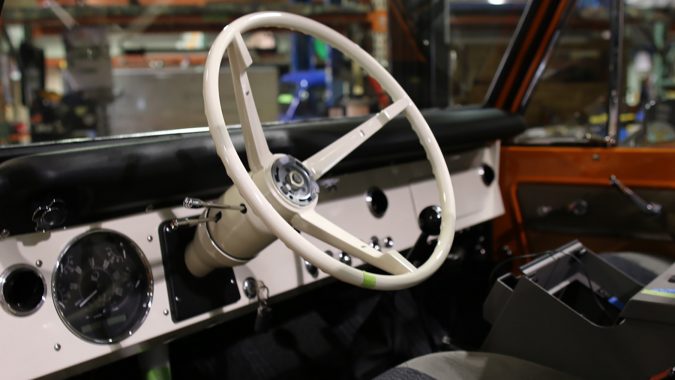 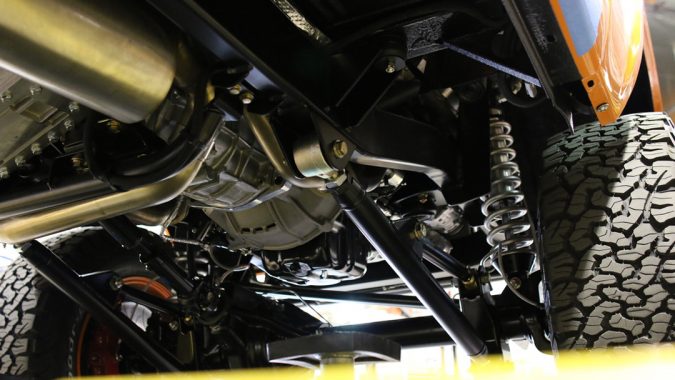 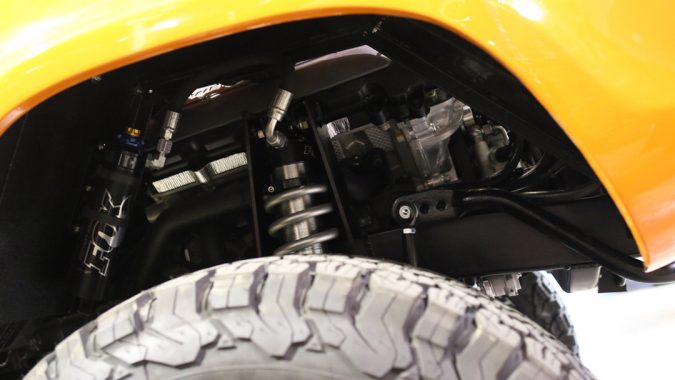 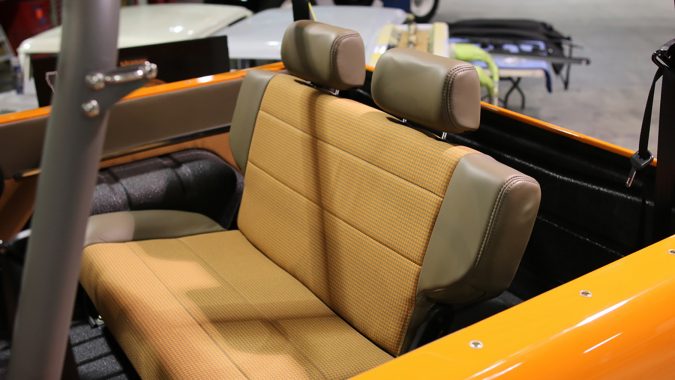 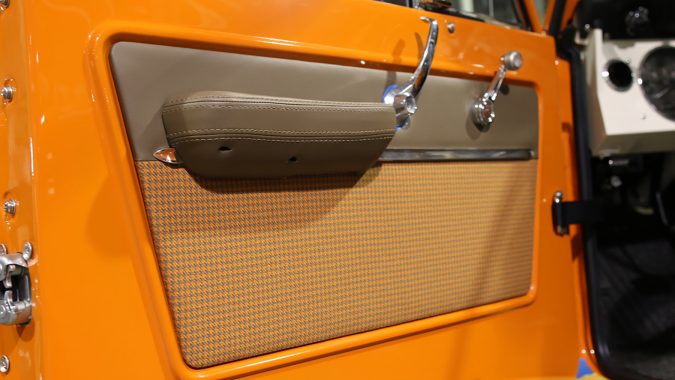 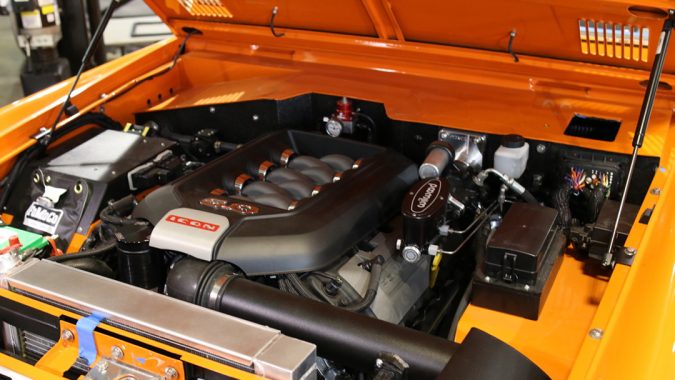 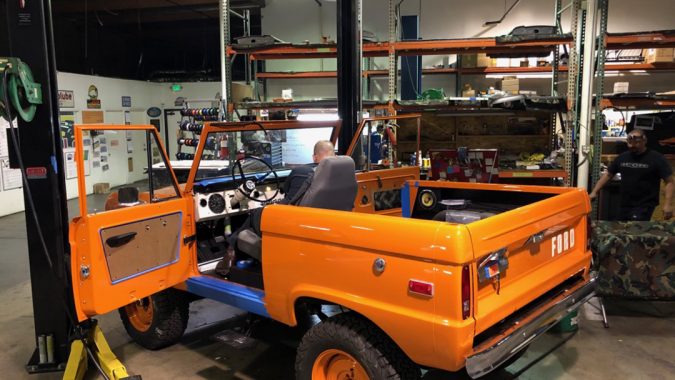 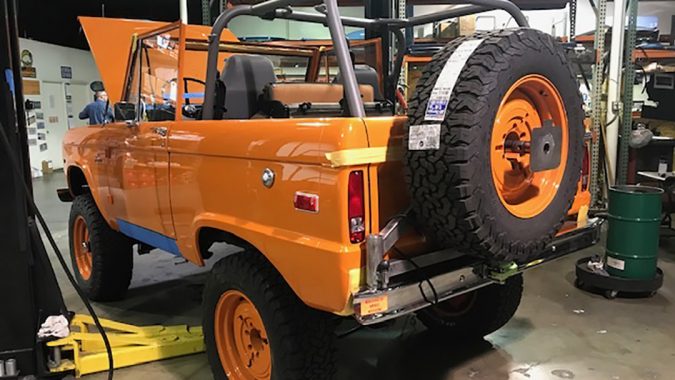 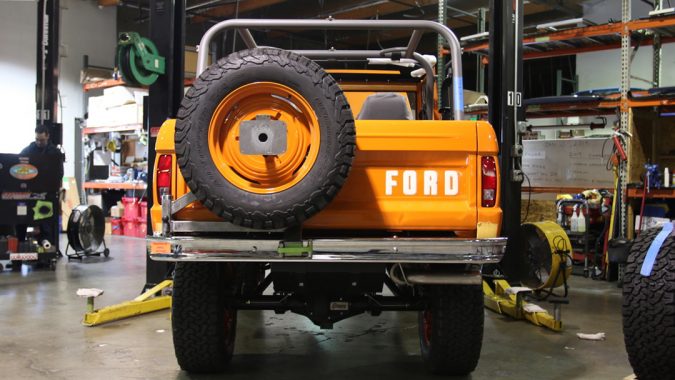 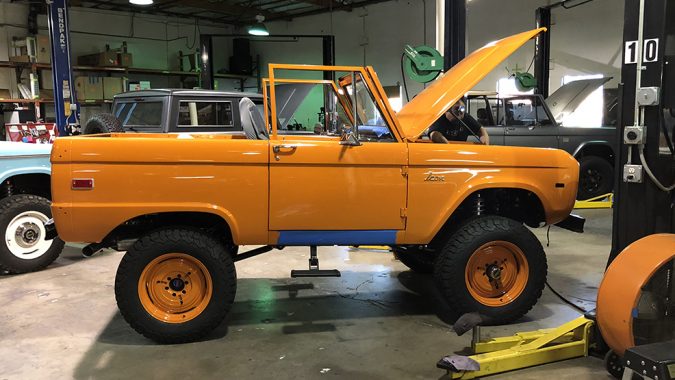 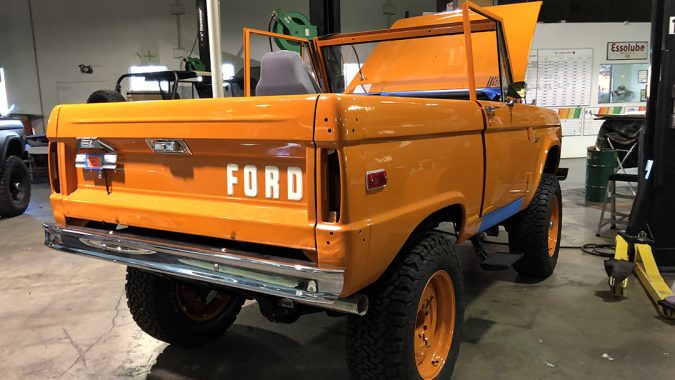 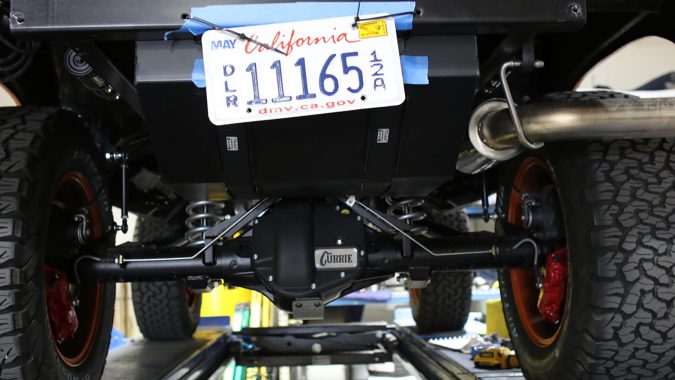 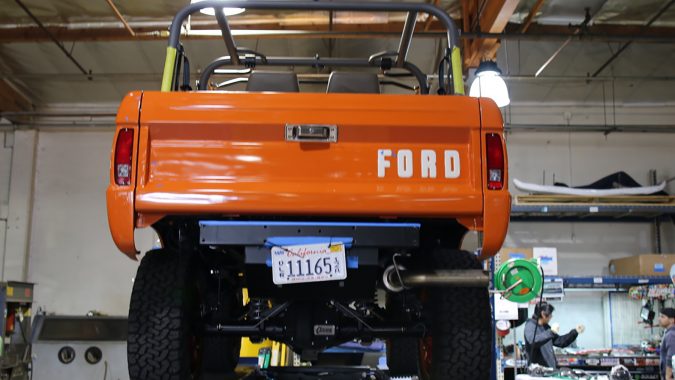