Just for the fun of it!

The Jaguar F-Type is donning racing gear to celebrate the 70th birthday of one of its predecessors, the iconic XK 120. The British carmaker has turned two convertible examples of its modern day sports car into full-blown rally machines with 300 hp to back up the look.

Both rally-specification F-TYPE Convertibles are powered by Jaguar’s 2.0-litre Ingenium four-cylinder engine. With modifications overseen by Jaguar Design and Engineering, both cars were built to FIA specifications.

The rally F-TYPEs feature upgrades to the brakes, suspension and drivetrain including the addition of grooved discs with four-piston calipers front and rear. Hand-built competition dampers and softer springs ensure the high performance cars can be driven flat-out over rough terrain. The three-way adjustable dampers allow the cars to be tuned for different surfaces.

Completing the exterior looks are 20-inch Gloss Black motorsport-spec wheels that are wrapped with off-road grips tires specifically for use on gravel, a limited-slip differential that improves power delivery on loose surfaces, while a hydraulic handbrake helps drivers tackle hairpin bends. Hang on to your bowler hat. 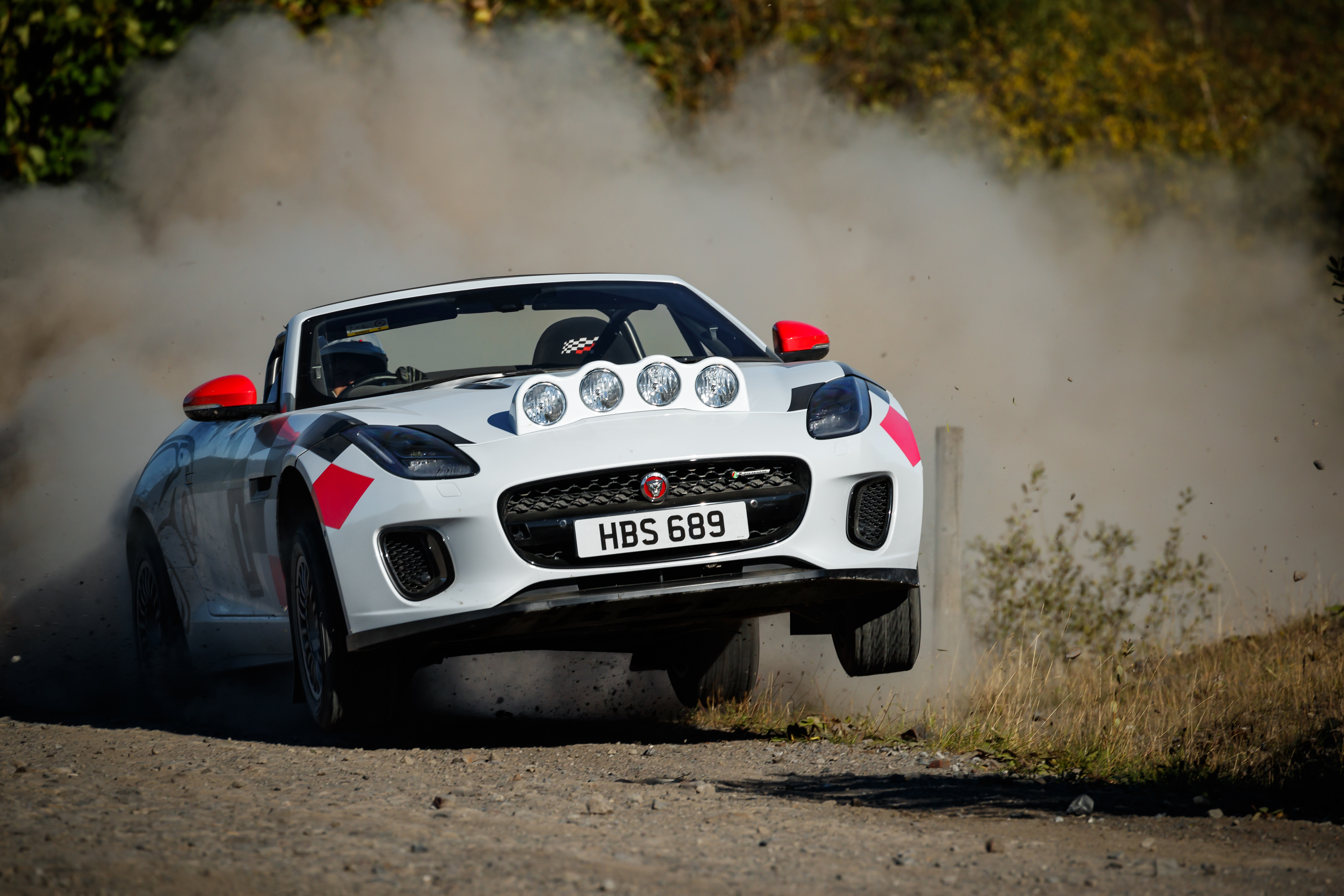 The rally cars’ livery takes design inspiration from the new F-TYPE Chequered Flag Limited Edition. Enhanced with four additional headlights mounted on the hood, and a set of mud flaps complete that distinctive rally look. Inside, the cockpit also received a built-in fire extinguisher and a pair of embossed bucket seats with racing harnesses and roll-cage to protect the driver and co-pilot.

Jaguar offers the F-Type with four, six, and eight cylinder engines. It chose to start the rally build with the four-cylinder model. Power comes from a turbocharged 2.0-liter that sends 300 horsepower and 295 pound-feet of torque to the rear wheels through an eight-speed automatic transmission.

These celebratory models were put through their paces at Walters Arena rally stage, South Wales, to demonstrate their performance qualifications and will now attend a series of Jaguar events over the next few months. 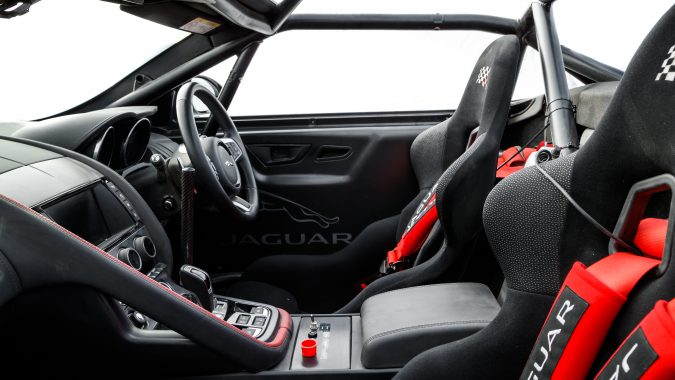 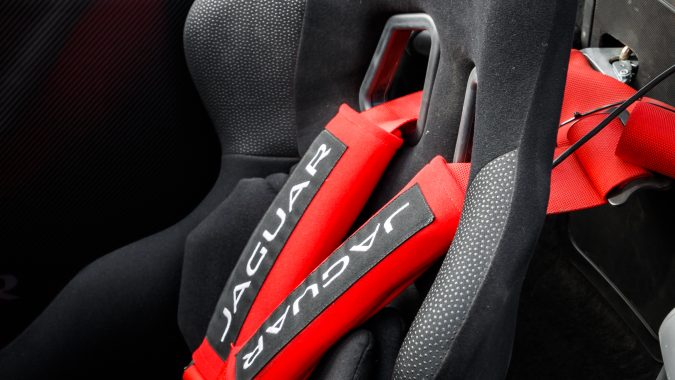 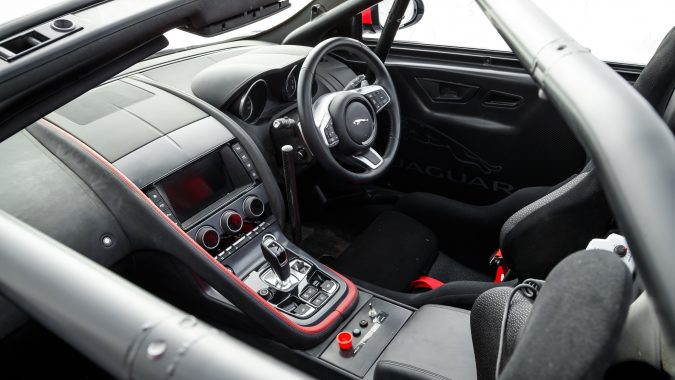 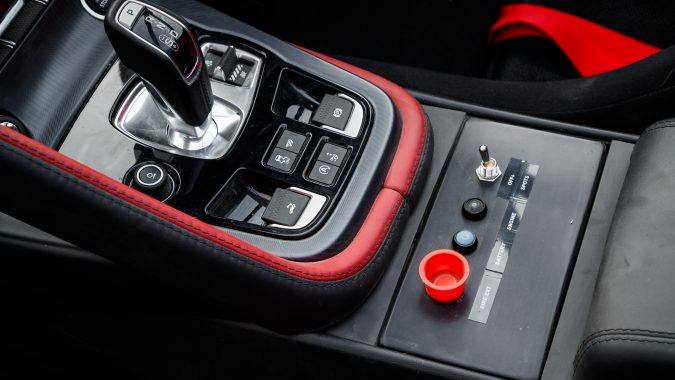 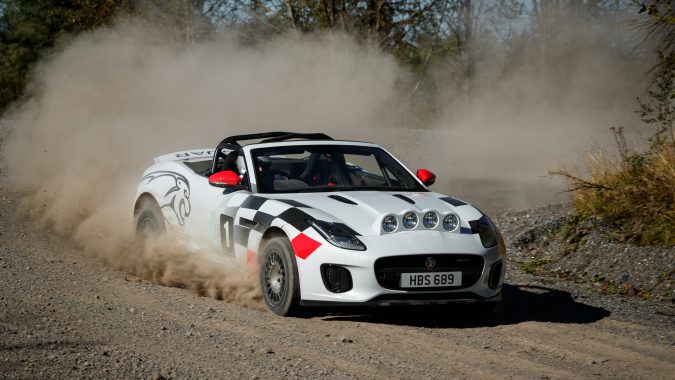 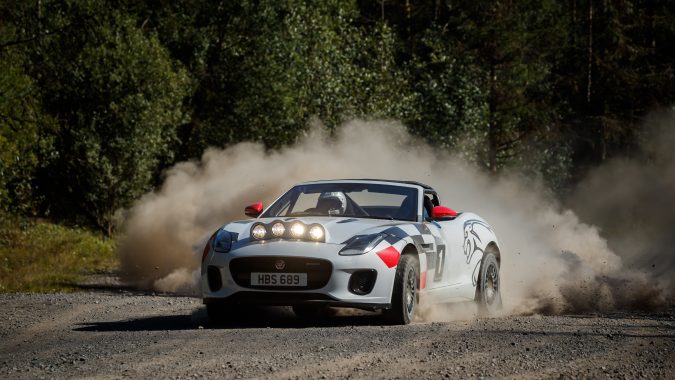 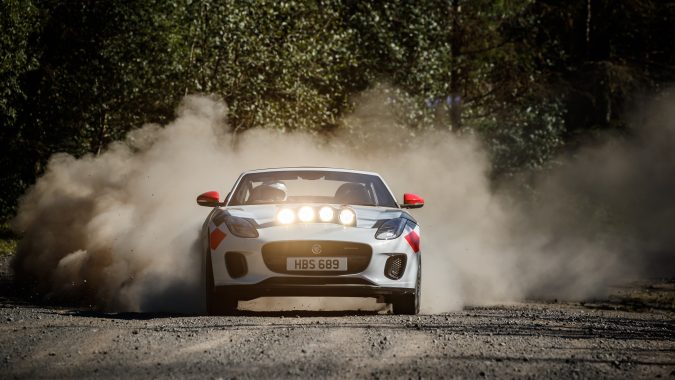 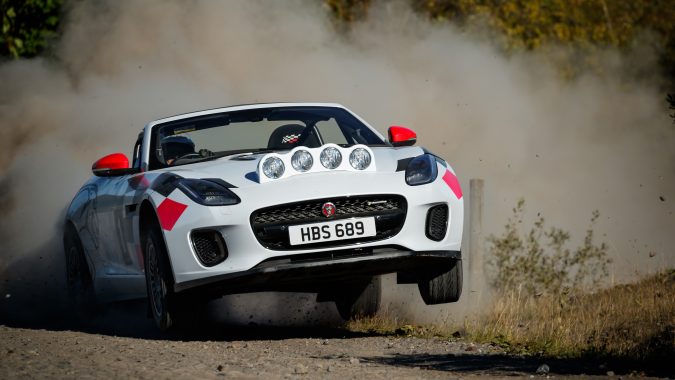 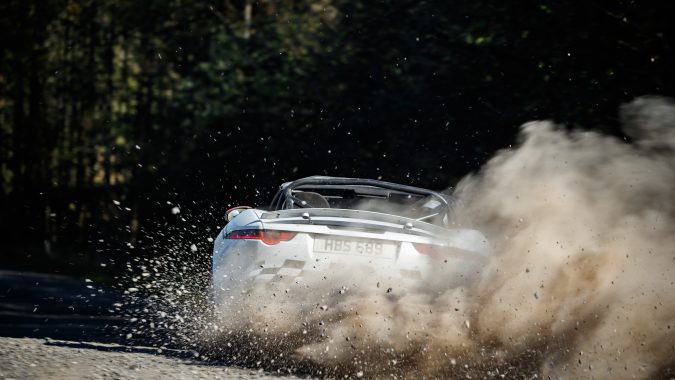 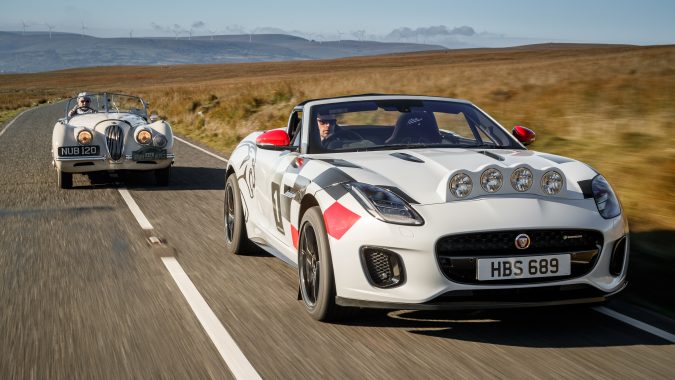 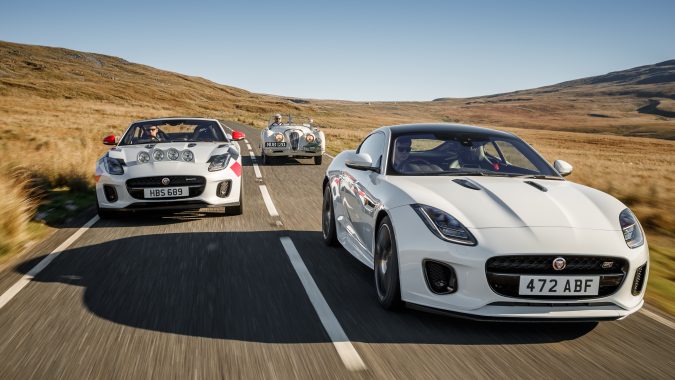 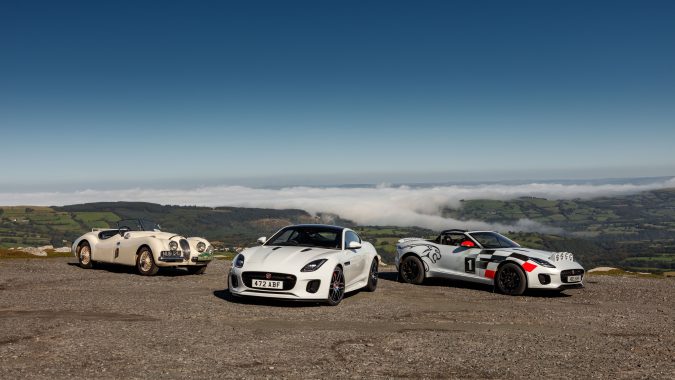