Jaguar’s racing titan has yet to be surpassed

Light, lithe and a treat for the eyes, the highly advanced D-Type was the company’s most successful racing car

The pristine D-Type Jaguar is parked on the lush, green lawns of Charles Gordon-Lennox’s Goodwood Estate in West Sussex, England.

The car’s taut aluminum skin, painted a sober shade of blue and with large white dots, glisten in the afternoon sun. It’s not an everyday sight, but the annual Goodwood Festival of Speed, which has some of the finest and rarest racing machinery ever built, isn’t your everyday event.

Goodwood is the kind of place where people who visit from all over the world can get up close and personal with untold millions of dollars’ worth of race cars, from turn-of-the-century horseless carriages to present-day Formula One racing machines.

The D-Type is here because it represents the pinnacle of Jaguar’s success on the track. No other pure-bred competition-built Jag before or since has achieved its success. One look at this five-decade-old design, with its gently rounded bodywork and signature tailfin, and you know you’re in the presence of greatness.

The very existence of the D-Type was the result of William Lyons (later Sir William Lyons), Jaguar’s founder. This former motorcycle side-car manufacturer put much emphasis on improving and showcasing his cars through various forms of competition. Lyons achieved his first taste of fame in the mid-to-late 1930s with his SS 100, a two-seat roadster that achieved success in hill climbs and rallies throughout Britain and Europe. 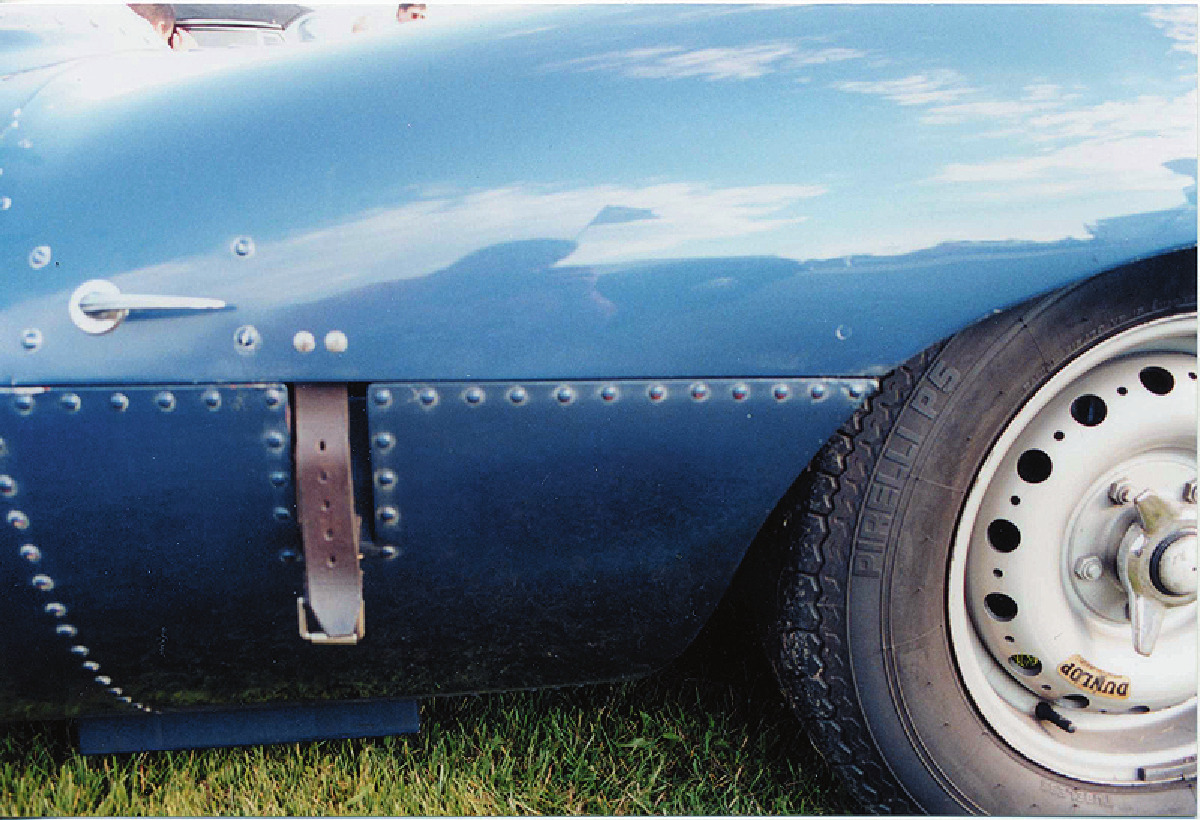 Following the Second World War, Jaguar engineers developed the C-Type, a rebodied and specially prepared XK120 that fulfilled Lyons’ desire to compete in the most prestigious road race of them all, the French 24 Hours of Le Mans endurance event. There, it proved its worth by capturing victories in 1951 and 1953 and went on to successfully compete in road races throughout Europe and North America for many years after.

As good as the C-Type was, it became obvious that the competition, represented by Ferrari, Maserati, Porsche, Aston Martin and others, was beginning to threaten Jaguar’s racing supremacy.

On April 13, 1954, Jaguar’s newest prototype completed its initial laps at the Silverstone, England, racetrack. The D-Type, as the successor was logically called, was created by Malcolm Sayer, who had also worked on the C-Type.

The D-Type was more aerodynamic than its predecessor, but it was the streamlined skin that caught everyone’s attention. The car appeared virtually seamless, save for a single drivers-side door and a small opening at the rear that contained the spare Dunlop racing tire. 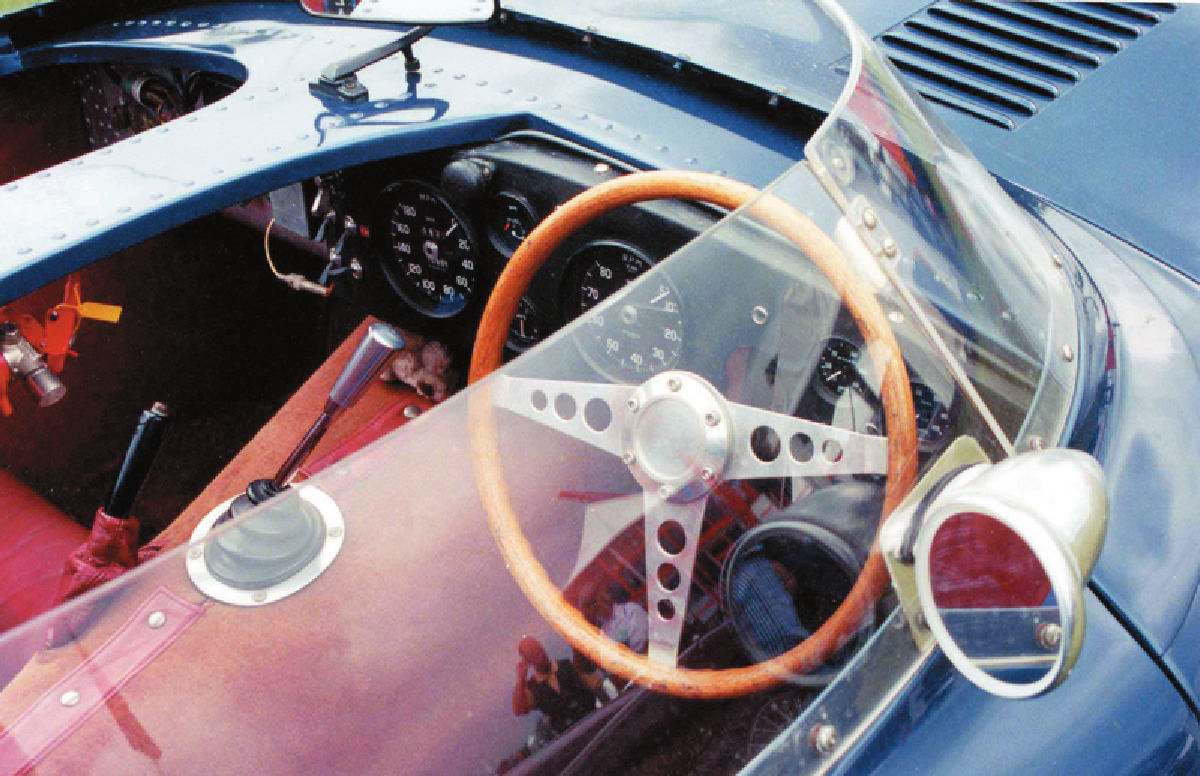 Initially, the D-Type’s 3.4-litre inline six-cylinder engine was similar to the one used in the C-Type, but the aerodynamic body and advanced suspension meant it was much faster overall.

In its initial Le Mans outing in 1954, a factory-sponsored D-Type finished second behind the Ferrari of legendary driving ace Juan Manuel Fangio. Despite the loss, the new Jag had proven it had the necessary endurance to match its good looks. It also managed to top 170 miles per hour (270 kilometres per hour) on the two-mile long (3.2 km) Le Mans Mulsanne straight. The following year, the D-Type returned to finish first, fitted with a longer and more slippery nose and a fuel-injected engine.

As good as the D-Type was on closed-circuits such as Le Mans, its delicate structure proved no match for Ferrari or Mercedes-Benz on real-world road courses. The only time a D-Type competed in the Italian Mille Miglia, the car literally came apart at the seams.

In 1956, Jaguar was back competing at Le Mans, but crashes and mechanical failures knocked all three factory entries out of the race. Fortunately, a privately entered D-Type saved the day by securing the victory. This same team also won in 1957 after Jaguar decided to cease all factory-back racing.

That year, after assembling some 71 D-Types, the company began producing the XKSS, a road-going version of its now-famous race car complete with front and rear bumpers, full windshield, fold-up convertible top, and minus the rear tail fin. Due to a fire at the factory that destroyed most of the leftover D-Type parts used to build the SS, the project was abandoned after only 16 cars had been completed. 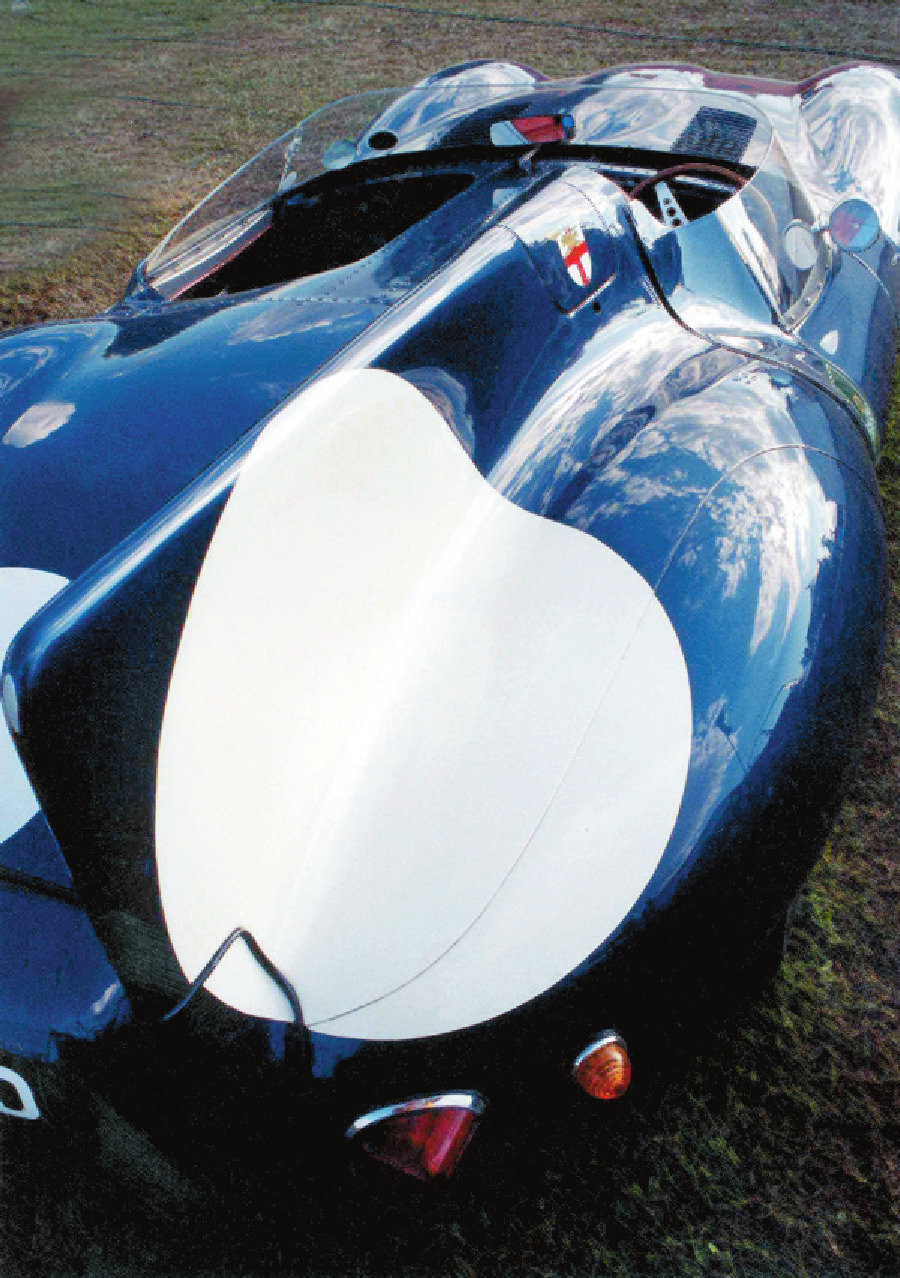 The fire put an end to the D-Type, but its legacy prevailed. The XKE (also referred to as the E-Type) that began in 1961 was heavily influenced by the car that preceded it. However, it can never replace the original D-Type, nor will it ever earn a shady resting spot at the Goodwood Estate among the most successful competition cars of all time.