Fresh off the launches of the all-new K5 mid-size sedan and Sorento mid-size SUV, Kia will roll out the replacement for the Sedona minivan when the Carnival arrives this spring.

The Carnival, which Kia refers to as a LUV (life utility vehicle), will be available in five grades, LX, LX+, EX, EX+ and SX. It was designed by Kia’s North American design studio in California and reflects a more upright, SUV-like appearance that echoes many of the brand’s popular utilities.

Built on Kia’s new N3 mid-size platform shared with sister brand Hyundai, the Carnival’s structure is lighter, stronger and quieter due to the use of more high-strength steel and better sound insulation materials. Other Kia models built on this architecture include K5 and Sorento.

Powering all Carnival models is a 3.5-litre V6 (290 hp / 262 lb-ft) paired with an eight-speed automatic transmission that drives the front wheels. The maximum tow rating has been set at 3,500 pounds.

On the design and packaging front, Kia appears eager to distance itself from the minivan archetype the Sedona has occupied since it debuted in 1998. Not only does the Carnival sport a more squared-off and rugged design with many geometric shapes and surfaces, but even its name – a global moniker like the K5 – is a departure from territory occupied by the Sedona.

The Carnival’s exterior hosts several SUV-inspired design cues including a rear skid plate garnish, prominent wheel arches, two-tone side mirrors and bold LED lighting signatures. The diamond-pattern chrome C-pillar wraparound also stands out as a decidedly non-minivan visual. Kia says the Carnival’s design was inspired by its Seltos and Sorento SUVs, with the latter also being designed in California. 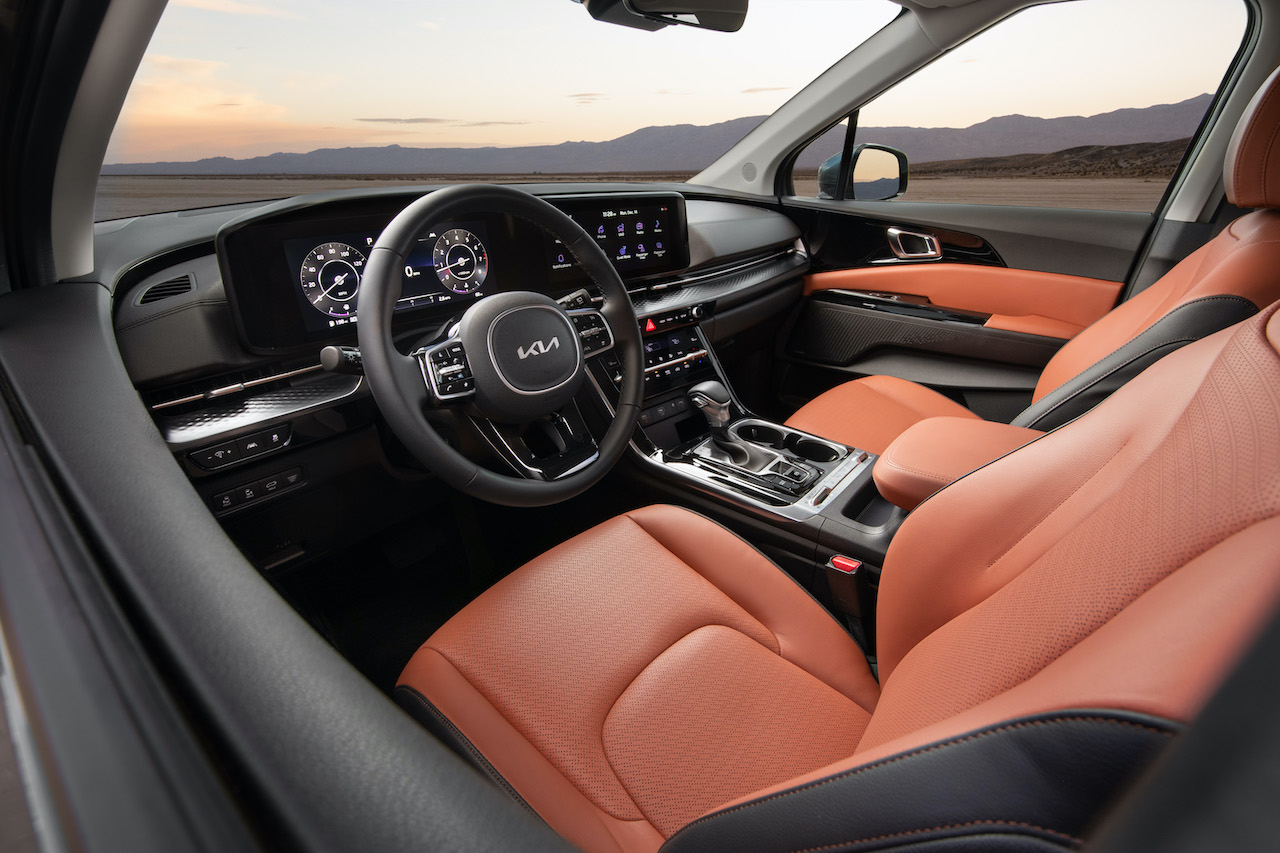 Dimensionally, the Carnival is longer (+41mm), slightly narrower (-3mm) and taller (+20mm) and rides on a longer wheelbase (+30mm) than the outgoing Sedona. As for space, the Carnival offers more minimum (+178 litres) and maximum (+87 litres) cargo space.

Speaking of the cabin, Kia is loading the Carnival out with standard and available content. The panoramic dashboard can be outfitted with a 12.3-inch LCD instrument cluster that’s integrated into a 12.3-inch multimedia display and is finished with a diamond-pattern chrome trim panel, similar to the C-pillar wraparound. Piano black trim inserts highlight the Carnival’s centre stack and console housing that uses mechanical buttons and switches for climate and audio controls.

As for passenger comfort, the Carnival will be offered in two leather seating colours, elegant black and Martian brown, with available VIP Lounge seats with power-operated head and leg rests for the second row. This seating option is also heated and cooled, including leg and head rests, and is exclusive to the SX grade.

The Carnival offers customizable seven and eight-passenger seating configurations. The second-row middle seat slides rearward and be turned into a table when it is folded forward. Second row seats can be removed in both configurations and the third row can be folded into the floor for additional cargo space. 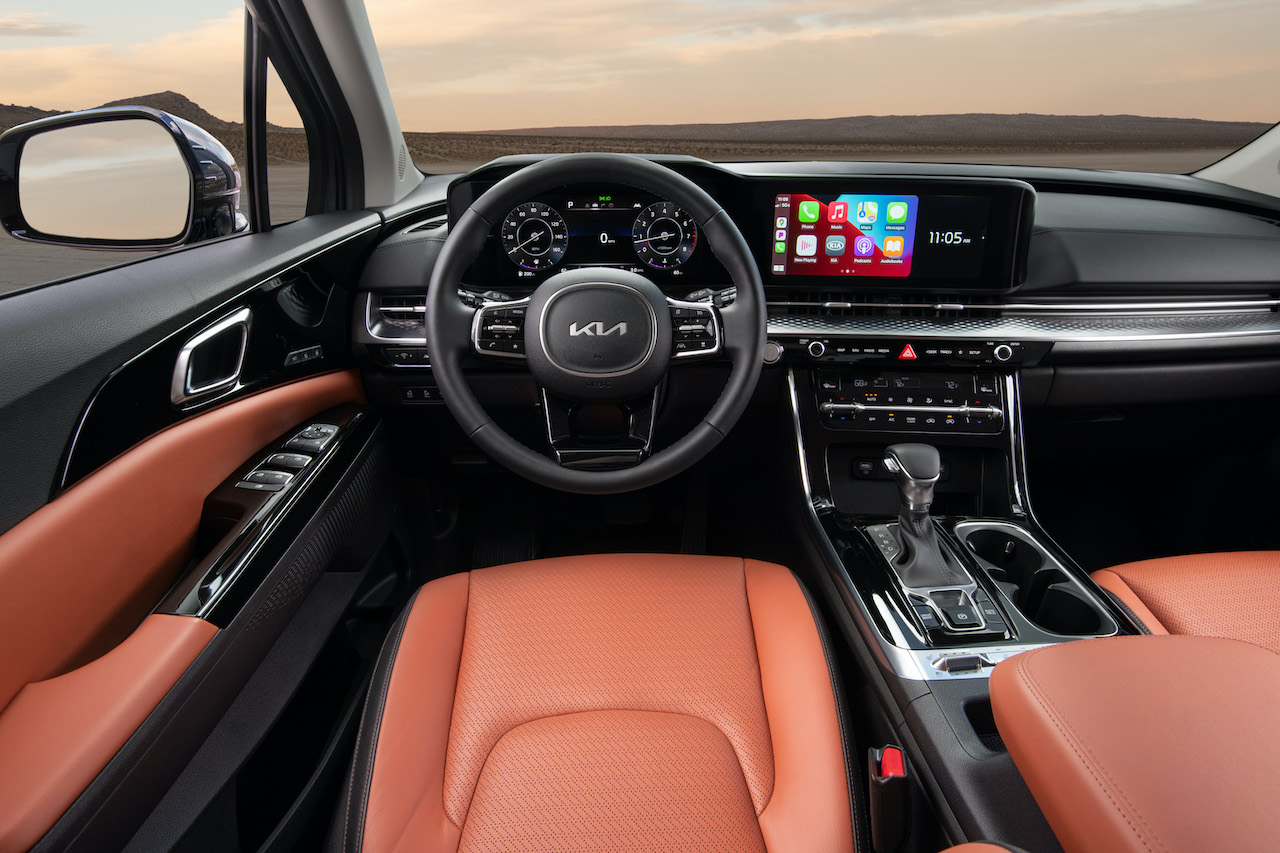 The 2022 Carnival carries a starting MSRP of $34,495 and is the first Kia to carry the company’s new logo, revealed last month, in North America. A full pricing breakdown will be released closer to launch in the spring.