Kia Rolls Out 2020 Telluride in Detroit

This was the first time that Kia has talked about the Telluride at length, with a deep-dive introduction for the flagship SUV.

DETROIT, MI – It seems everyone is getting in on the big and boxy three-row, seven-seat SUV craze these days, from the BMW X7 to the Hyundai Palisade, so it only makes sense for others, such as Kia, to jump into the fray.

And the Korean auto giant did just that at the North American International Auto Show in Detroit with a deep-dive introduction for its own flagship SUV, the 2020 Telluride.

If this sounds a bit familiar, it should. Kia first showed the Telluride as a concept in Detroit back in 2016 and, more recently, an early production copy has made appearances at New York Fashion Week and the Los Angeles Auto Show during the past few months.

This was the first time, however, that Kia has talked about the Telluride at length.

The Telluride is named after the 1880s mining boomtown in southwestern Colorado, which became known as a resort town in the latter part of the 20th century and is now home to several cultural events including the Telluride Film Festival.

Given its large proportions and the market for SUVs in North America (the U.S. in particular), the Telluride is the brainchild of Kia of America. It was designed at the company’s California design studio, developed at its engineering facility in Michigan, and will be built at Kia’s U.S. assembly plant in West Point, Georgia which also builds the Optima and Sorento. 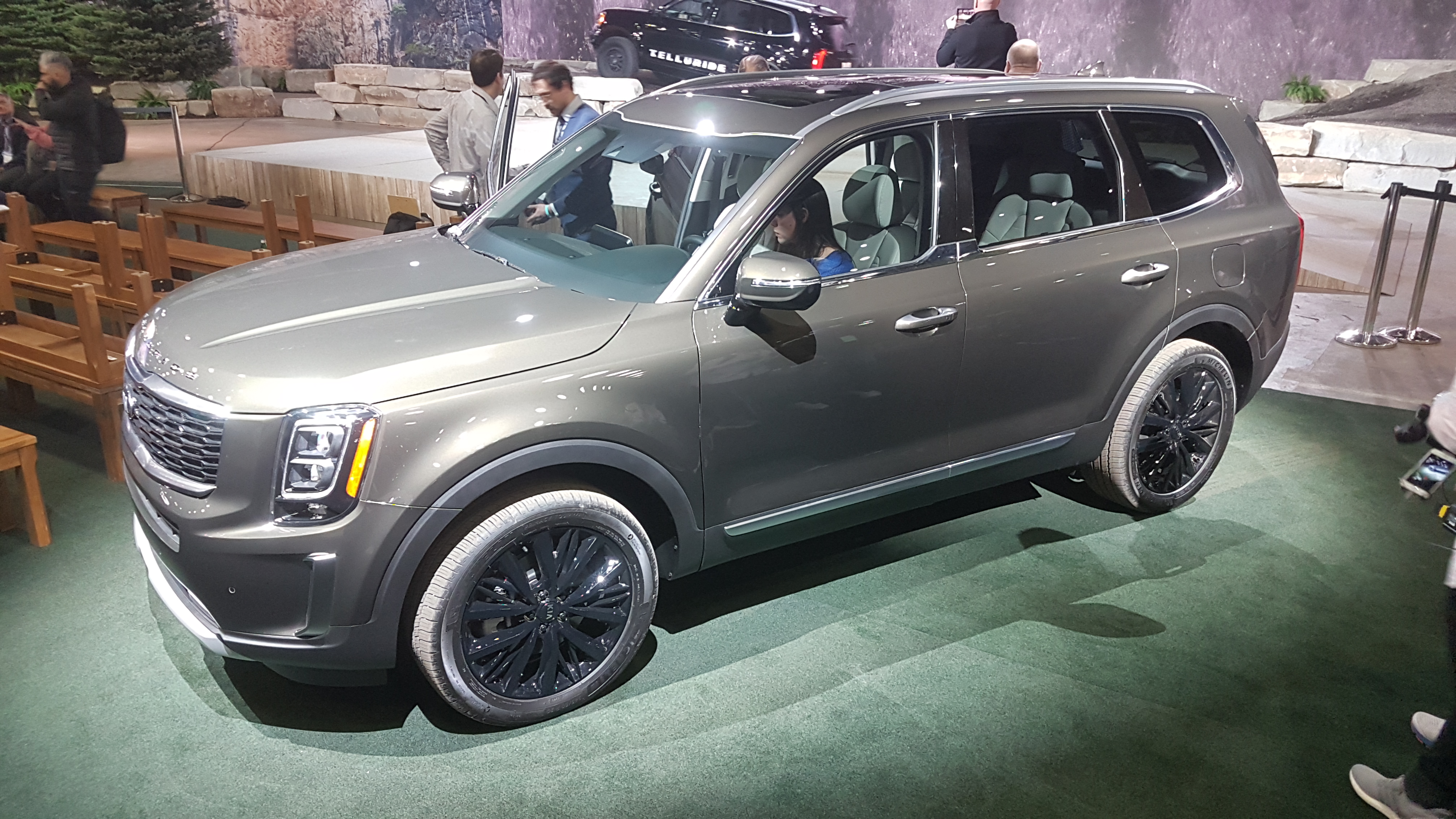 By Americans for Americans (primarily), but fear not, for the Telluride will also be sold in Canada. On that note, Kia Canada has indicated that it will make its national debut at the Canadian International Autoshow in February.

What I’m about to divulge here is based on what was shown in Detroit, so it’ll be a little generic as things such as Canadian trim packages and pricing won’t be available until the Canadian reveal in Toronto next month at the earliest and likely not until sometime after that.

As mentioned, the Telluride is one big SUV – the biggest one Kia has ever built. Bigger even than the old Borrego from a decade ago, which was also pretty darn big.

With room for up to eight (including the driver) and 2,464 litres of maximum cargo space, the Telluride is designed for families with lots of stuff. 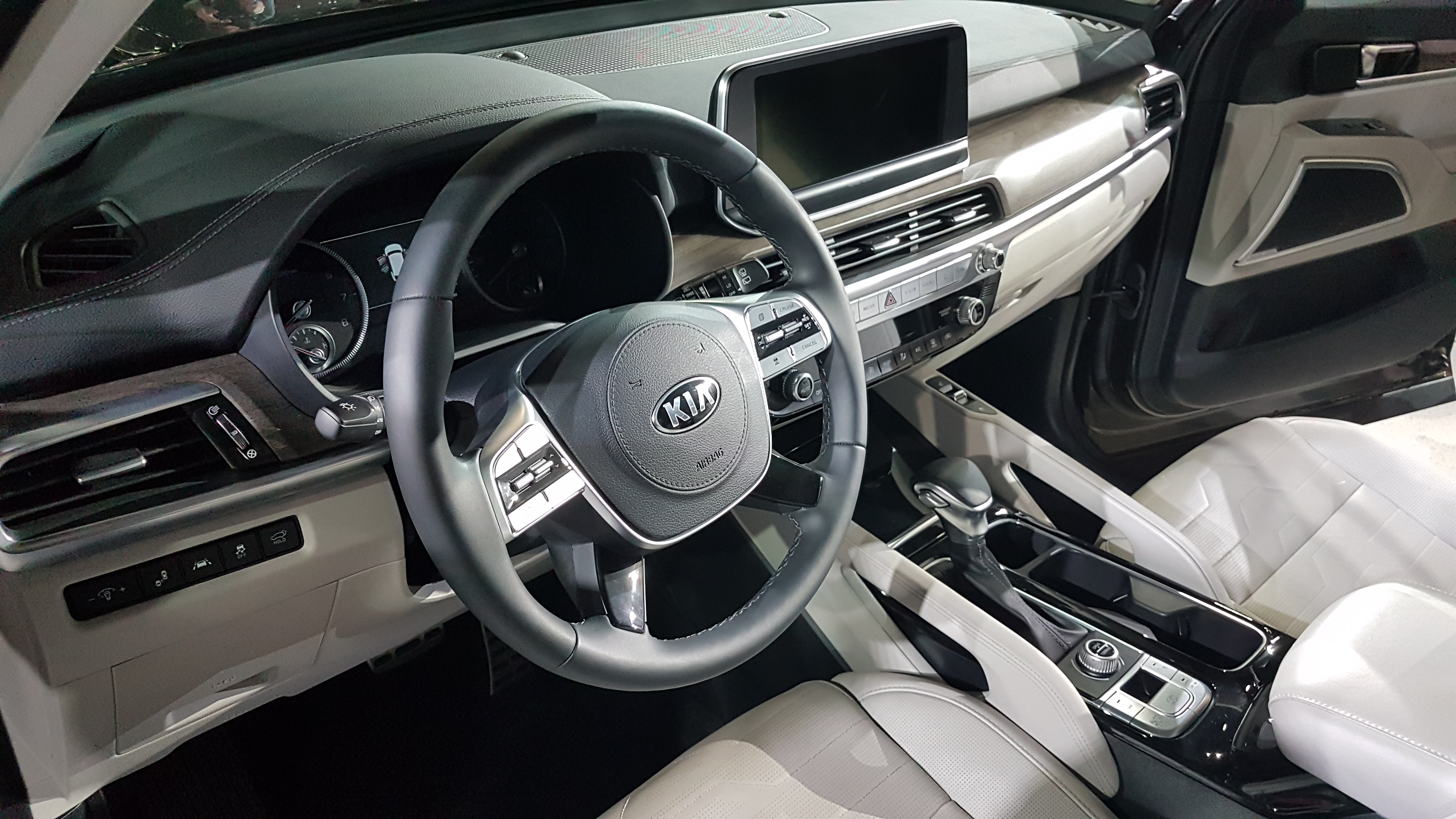 With that in mind, Kia has dropped a beefy V6 engine under the hood. The 3.8-litre naturally aspirated Lambda II is a direct-injected powerplant that produces 291 horsepower at 6,000 rpm and 262 lb-ft. of torque at 5,200 rpm and is paired with an 8-speed automatic transmission and AWD. The U.S. market will also receive a FWD variant which in unlikely to be offered in Canada.

Kia has designed the Telluride to be more upscale, and as a result it will be available with quilted Nappa leather seating, simulated brushed metal and matte-finished wood trim accents, available heated and ventilated second-row seats, reclining third-row seats among other features.

The Telluride will also be offered with plenty of advanced tech on the connectivity and safety fronts.

Among the items on the connectivity side, are an available 10.25-inch infotainment touchscreen, 630-watt harman/kardon audio system, Apple CarPlay and Android Auto, wireless smartphone charge pad and up to six USB charging ports.

With regard to safety, the Telluride comes jammed with a ton of advanced safety kit including forward collision warning, lane keeping assist, lane departure warning, head-up display, and much, much more.

The 2020 Telluride is slated to go on sale in the second quarter of 2019. Pricing and complete product details will be available closer to launch. 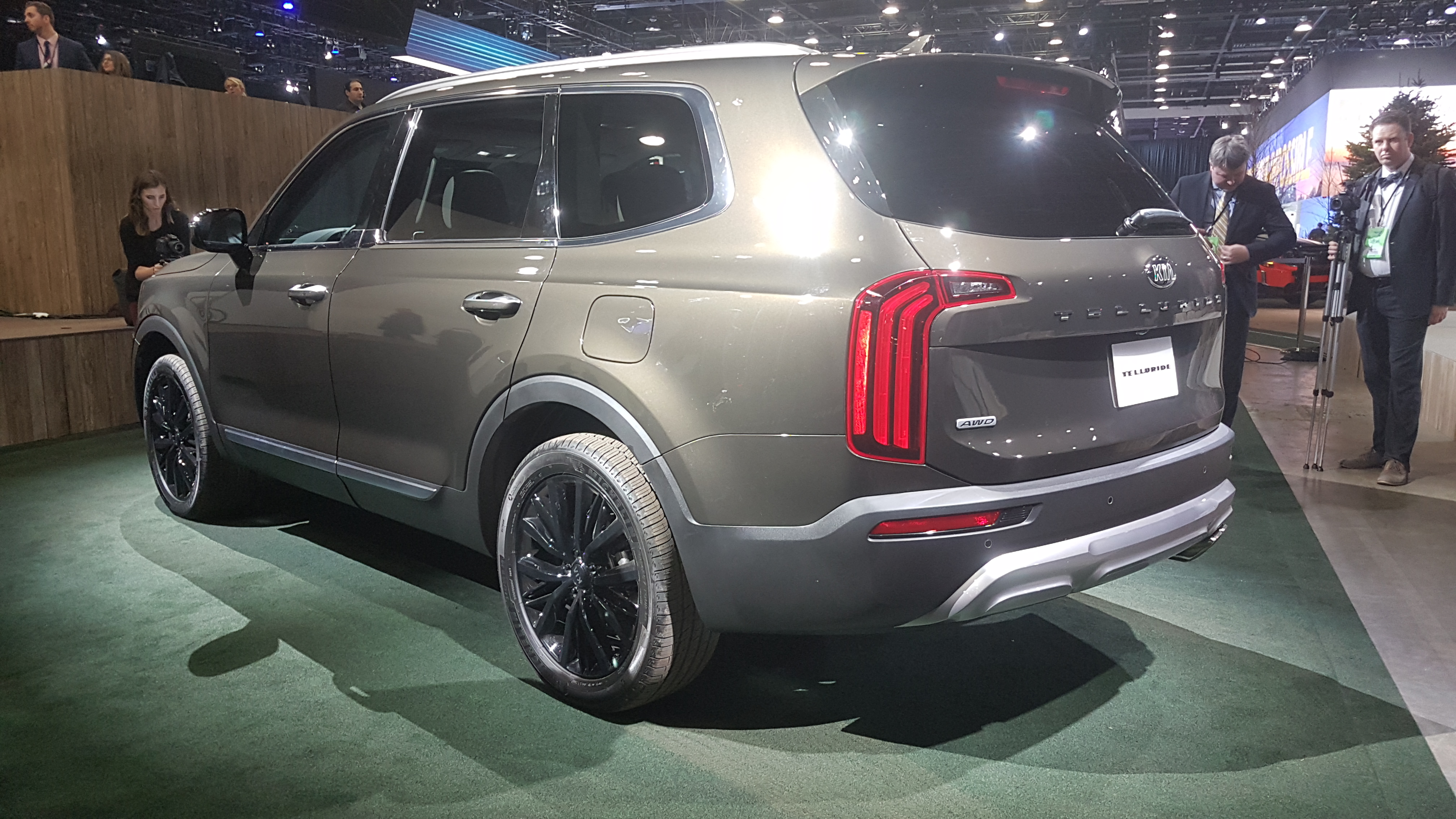 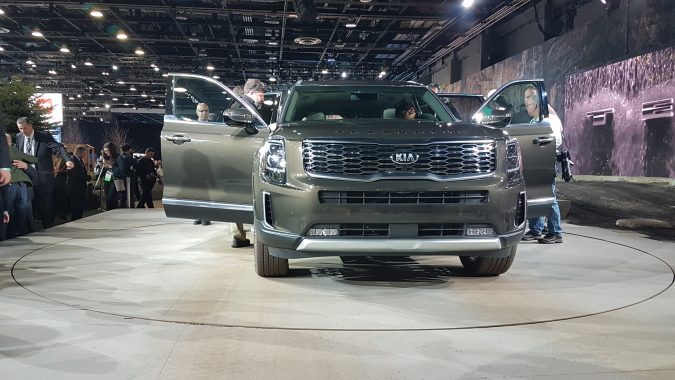 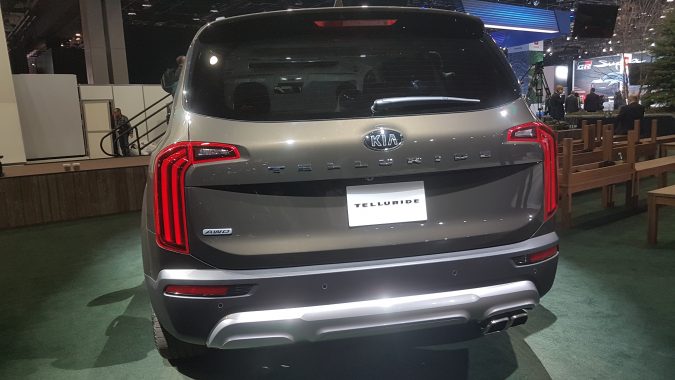