For many Canadians, the northern parts of the Prairie provinces and B.C. are a vast and mysterious land of forest, marshes, and snow. For Matt Sager and his team, it’s a place filled with classic and antique cars just waiting to be rediscovered, and he’s ready to bring you into the search with Lost Car Rescue on History Canada. We spoke with pilot and searcher Sager, along with bodywork expert and team member Dave Mischuk about the show and their ability to dig up Forza Horizon-style barn finds in the real world.

Sager and his team look for classic and antique cars and trucks in some of the most remote regions of the country, but instead of driving around and hoping for the best, they’ve taken a different approach. “The vantage point of a bird’s eye view was something that no one really had done before,” says Sager. “It was a bit of a labour of passion just to fly, then the cars just started presenting themselves, as Dave and I like to say.”

Behind the yoke of his 1948 Stinson airplane, Sager and fellow pilot Jessica James come in low over fields, forests, and marshes, looking for a glint of chrome or the patina of rusted sheet metal that marks a lost car in need of rescue.

“We probably see a hundred cars before we see one that really catches our eye, or really is rare or rare to the automotive world,” says Sager, of looking for vehicles in the wild. “But there are thousands of cars out there. It’s really hard to believe for anybody who doesn’t see it.”

Who left the cars out?

Mischuk explains that while the land may be sparsely populated today, that wasn’t always the case. “In Saskatchewan, for example,” he says, “at one point there was a farmer [and a family] on every quarter [160 acres] of land.” While many of those farms were later bought up by larger interests, “that’s where you find the cars,” he says. “We had a rich resource of families living in the areas that we hunt now.”

“We’re hunting lineage or family,” Sager says. “We’re going after those families because it’s the families that left the cars behind, not the mining. So, it’s where people lived that we’re actually hunting for.  They could be there because of mining, could be there because of farming. It could just be one family and they’re there for their own reasons, or we can be hunting for a town that used to exist and now it’s no longer there. But it’s the family and the people that were actually hunting.” For many, putting an old car with the rest of the retired fleet somewhere on the back 40 made more sense than transporting what was then just another old car thousands of kilometres to the nearest scrapyard. 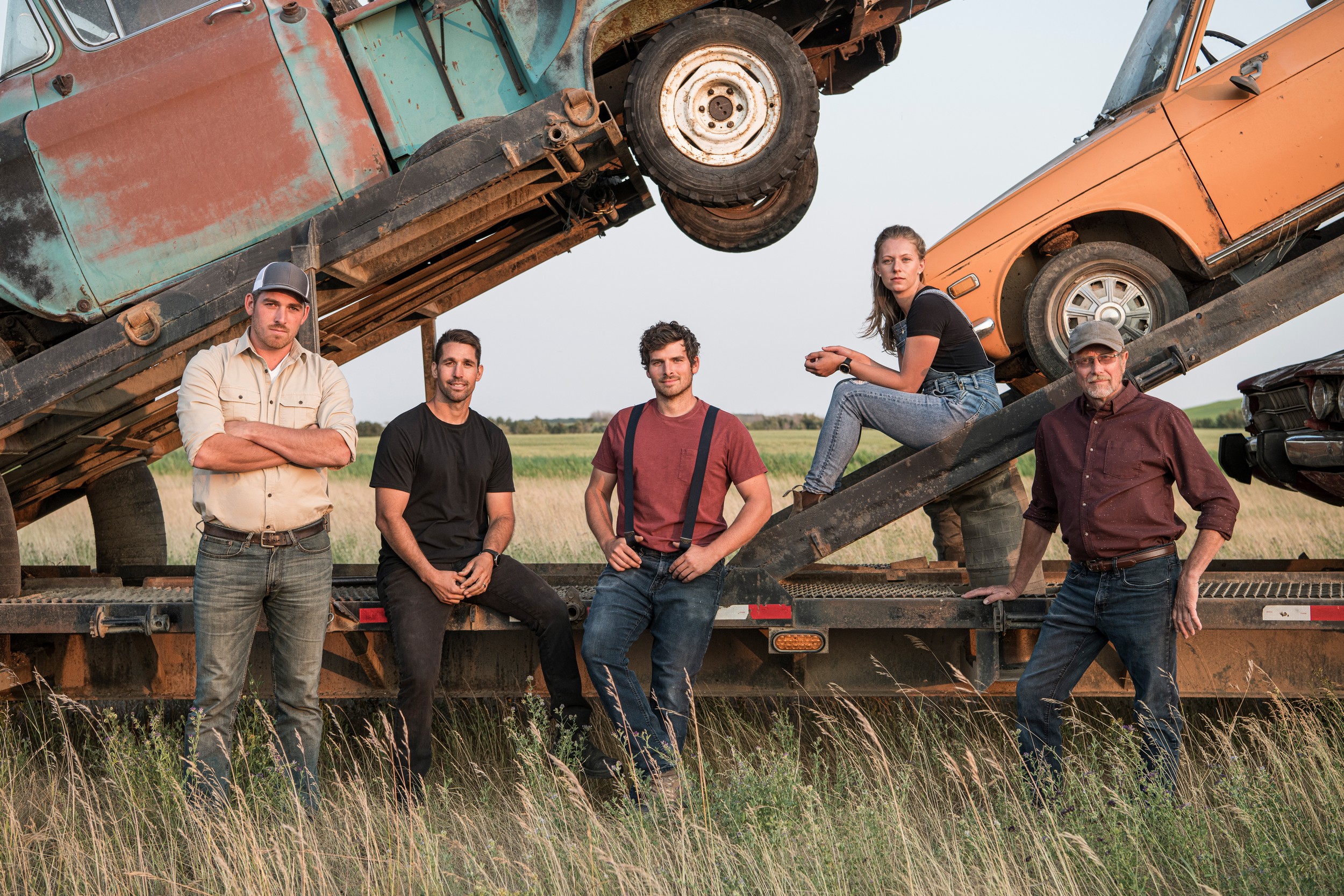 Where the partnership began

“My mom claims that I was born with a toy car in my hand,” says Mischuk, starting a lifelong passion that lead to 42 years of autobody work in Saskatchewan. West coaster Sager says he’s had “that bug to unearth relics” since the age of around 10. The two started working together six years ago when Sager found Mischuk while spotting.

“I was out hunting cars. I had two days off from work,” Sager adds. “It wasn’t in the plane. Initially, I drove by Dave’s, where he lives, and we’re talking like David doesn’t live near many people. We were hours and hours and hours on a country road driving to one of these remote towns that we had researched. We ended up sleeping on the side of the road, and we woke up in the morning and the sun’s just cresting. We’re driving by Dave’s place and it was like a satellite dish shining,” he said about the beacon calling him to Mischuk’s

Sager says “it was actually a car that Dave has up on a hill, and the chrome on the car was just shining in the morning sun and it was so cool. So, we had to pull it in because it was what we’re all about. We ended up hitting it off. First go and it was one of those things where you knew that it was going to be something more.” The car was a 1970 Volkswagen. How the rest of the team joined up is part of the series. 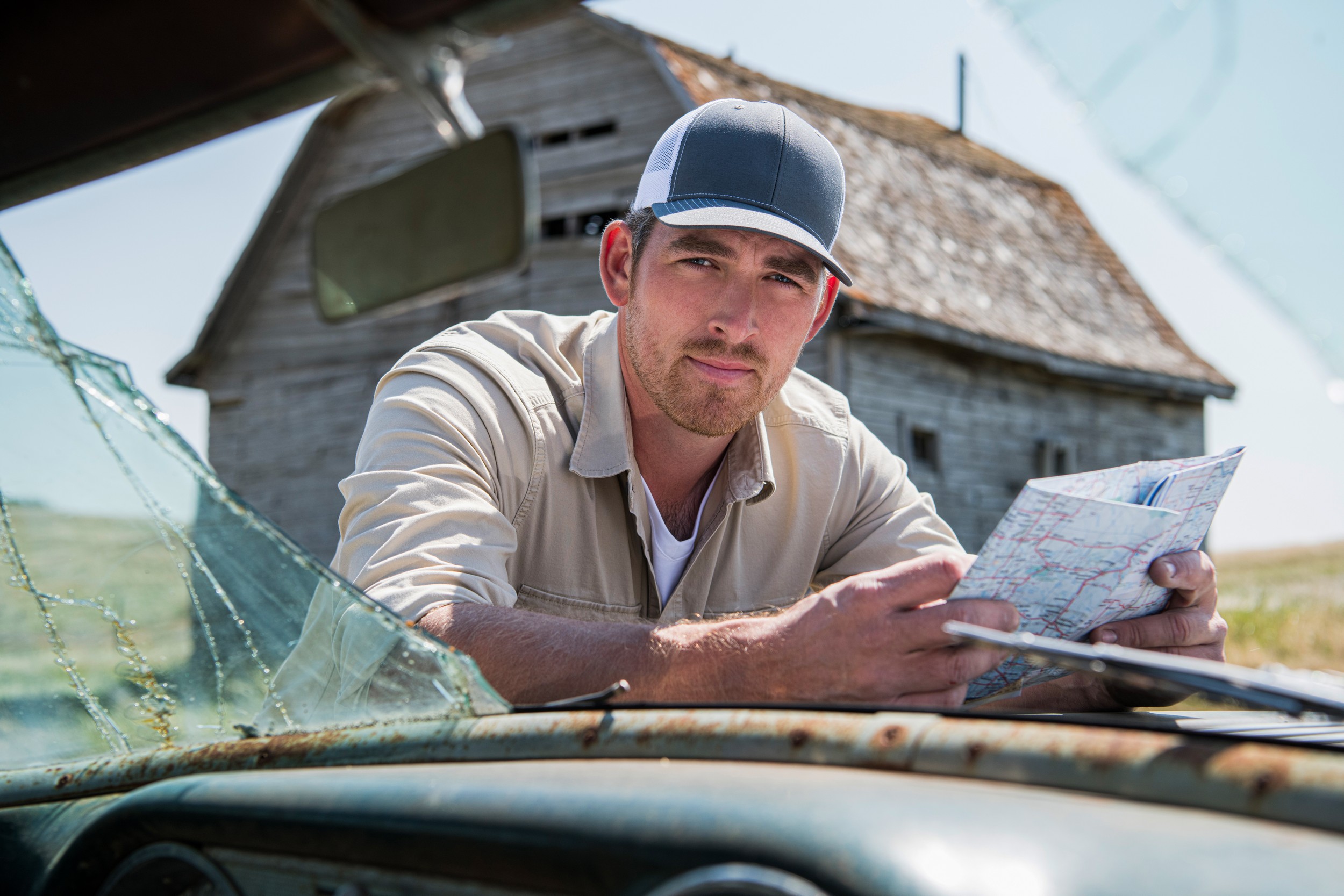 What do you do when you spot a vehicle from your plane? The perk of light aircraft is that you can just land and have a chat. Driveway? Field? No problem for Sager and James, but it’s not that simple.

“I always approach it with the utmost amount of respect. You don’t want to scare animals and you don’t want to go too low. There’s a way of approaching being over someone’s farm or dwelling, and I’ve never had a bad scenario. It’s always been met with sheer wonder of what just happened,” Sager says.

“‘Why is there a plane landing on my driveway?’ ‘Oh, that was you buzzing the farm?’ Sometimes people will joke about shooting at us or something, which [the joking, not the shooting] is not uncommon. But it’s always been met with people [who] just love that we’re out there doing something that we’re passionate about. They lose sight of the whole plane being annoying or being low or whatever you would think the negative draw would be,” he adds.

Mischuk says that “I think too that it’s the personality of Matt and myself. I think it’s a big influence, they’re more than willing to open the doors to us and we’re quite pleased with that situation. It’s a win-win game when you go there. You mention cars and every farmer knows their trucks, their cars, and whatnot. They’re more than happy to give you that information.”

“These people throughout Northern B.C., and Saskatchewan, Alberta, where we go,” said Sager, “They are the most generous and giving people because they are kind of an older soul group where they are very community-oriented and very family…very open arms. So, if you’re approaching them with that respect, they welcome you to the family almost instantly.”

Searching starts when the snow melts

Rescue season starts early in the year this far north. “The best time is springtime,” says Mischuk, “we have an opportunity to go up with the airplane and spot stuff. Being spring there are no leaves on the trees. It’s wide open.”

“As soon as I get the plane to Dave’s house in the spring the better,” says Sager. “Sometimes we may even store it there ready for that spring season.”

If they make finding a vehicle sound easy and finding one worth investigating just a bit more time-consuming, they don’t sugar-coat the job of turning a car from find into rescue. Some may be in a backyard or even a barn, but others need to be extracted from decades of neglect. That’s where the rest of the team, including crane operator Lee Brandt and mechanic Steve Sager, come into play, along with custom tools and vehicles to deal with the unique terrain. “I hope people can see the tools as well,” says Sager. “My brothers and I rebuild them all. There’s a passion there for saving anything.” 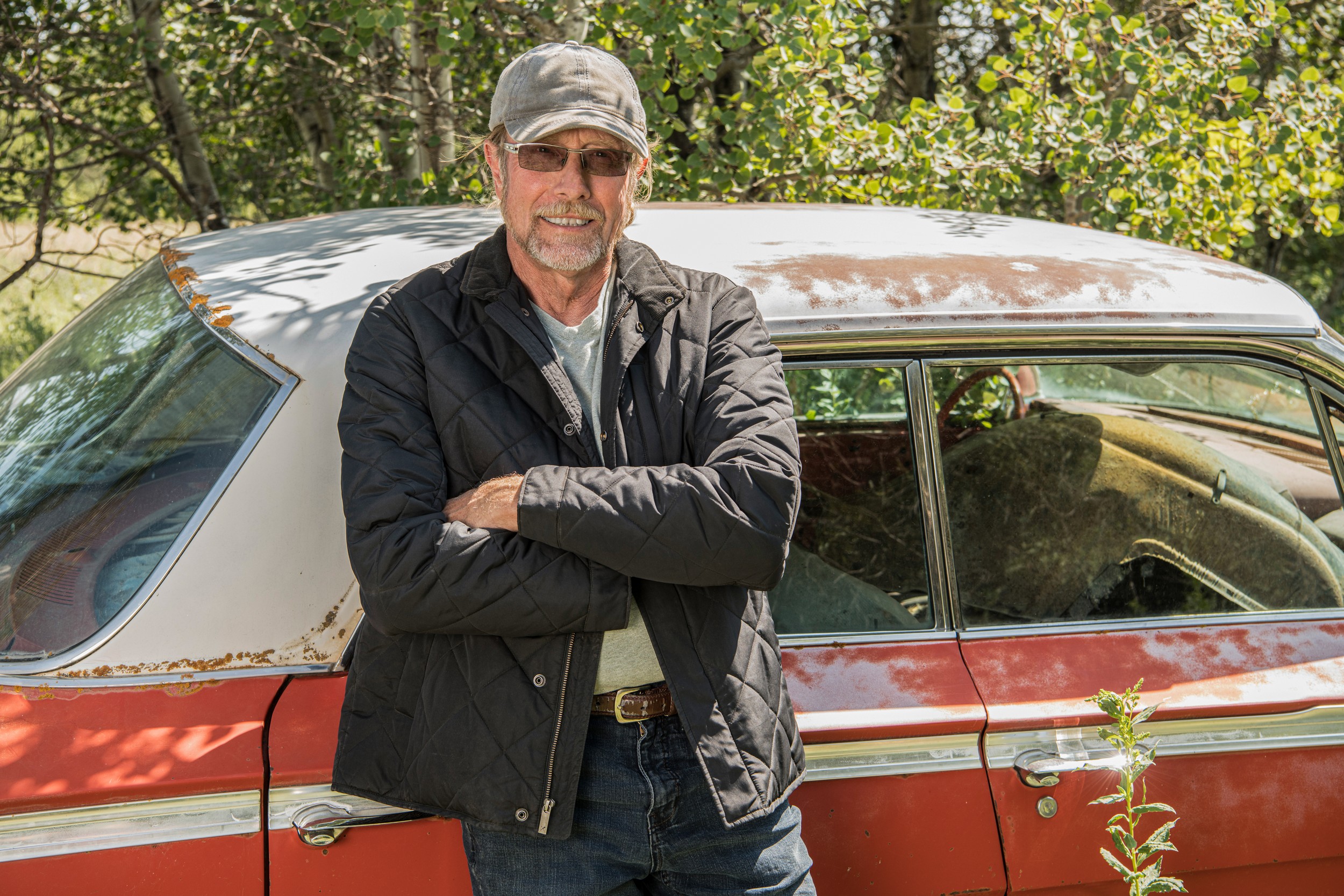 Both Sager and Mischuk are excited to share their passion for finding vintage vehicles on the show. “I think it’s nerve-racking to see how other people respond to our passion,” Sager adds. “We lived it, it’s our lives. People are just getting a window into our lives. So I’m excited for everybody to watch it, I think. And, yeah, I think people will hopefully get inspired by what they see.”

“Lost Car Rescue gave us that privilege,” Mischuk says. “We’re looking for an audience that brings fathers, mothers, daughters, sons together, and, maybe attempt to restore something.” He called it his dream for the show to “help bring some of that family feeling back together.”