Acura marks its seventh consecutive year competing in the ‘Race to the Clouds’ in 2018.

The brand is also returning for the fourth straight year as Official Pace Car and Support Vehicle of the event, with a 2019 RDX A-Spec and 2018 MDX, respectively.

Jordan Guitar of Acura R&D’s North American Chassis Development Group will make the racing debut of the 2019 RDX in this year’s Exhibition Class.

The 2019 RDX set to make its racing debut in this year’s Exhibition Class features a production-derived 2.0-litre VTEC Turbo engine, along with a sport tuned 10-speed automatic transmission and the newest iteration of Acura Super Handling All‐Wheel Drive (SH‐AWD).

In addition to the lightly modified production powertrain, the Pikes Peak RDX has been fitted with 48-volt micro hybrid technology, including an electric supercharger.

The vehicle’s interior has been stripped to reduce weight and improve handling.

The overall focus of the Pikes Peak RDX is to display the potential of this exciting new platform and highlight new technology that expands driving performance.

The Pikes Peak RDX’s VTEC Turbo engine has been dialed up to a peak output of 350 hp and 330 lb/ft of torque through the use of a larger turbocharger, bigger intercooler for maximum response and electric supercharger to help reduce turbo lag as elevation increases.

The 2019 RDX debuts the most advanced mechanical iteration of Acura’s torque-vectoring Super Handling All‐Wheel Drive yet.

The RDX racecar will compete with production SH-AWD hardware, only receiving software changes to increase the rear torque bias.

As Official Pace Car sponsor, Acura will feature the just-launched 2019 RDX A-Spec, sporting the new Acura design direction. In addition, Acura will provide RDX and MDX track-support vehicles for coaches’ use leading up to the race. 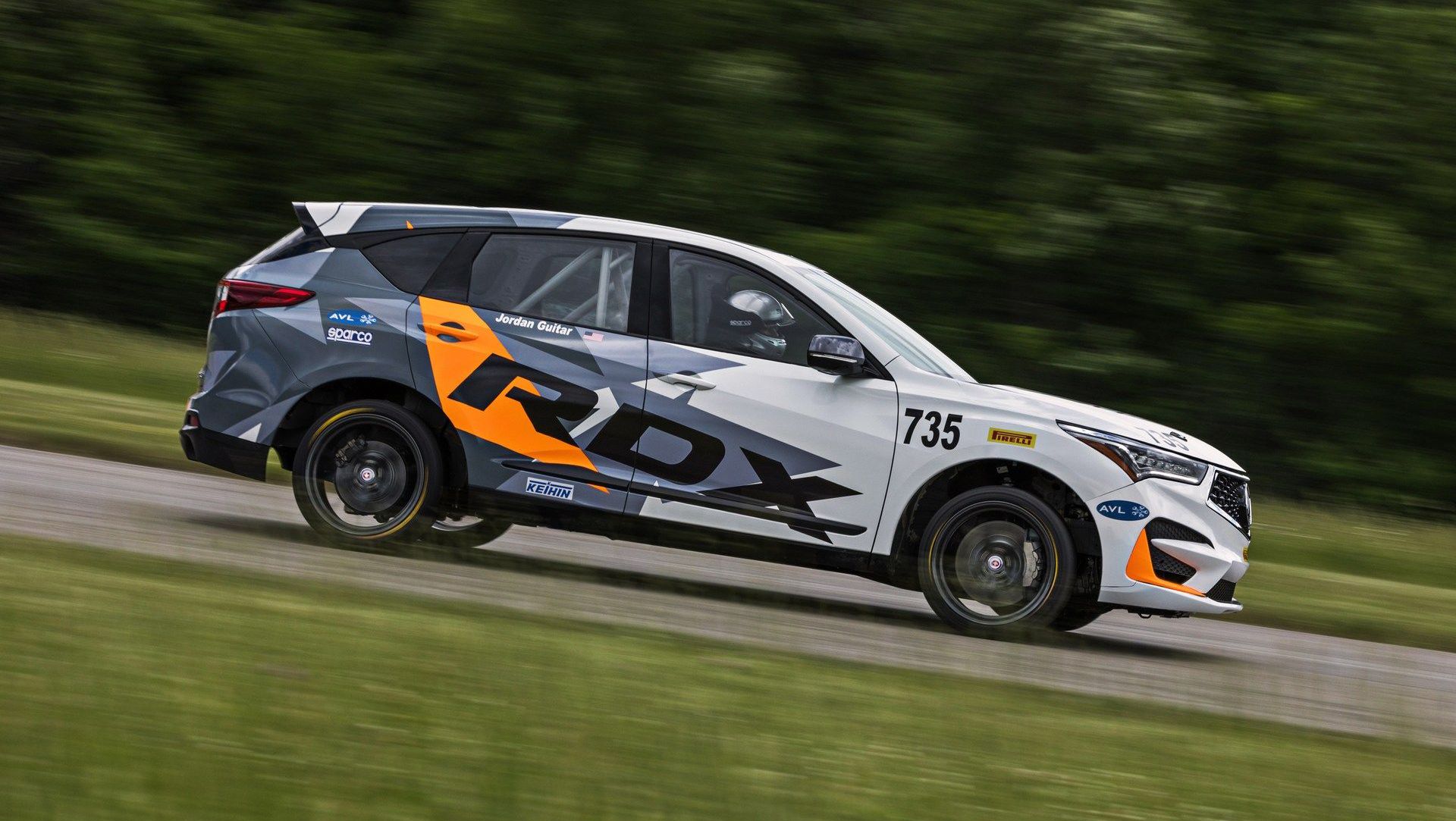