Did we mention the new Bronco?

This time on the weekly news roundup: Ford reveals three of the most anticipated vehicles in years, Subaru gives the Crosstrek some more beef, the Toyota Camry gets a refresh, Nissan shows off an all-new electric crossover, Porsche gives us the real 911 Turbo, and the Grand Caravan isn’t dead after all. It’s just now a Chrysler.

The biggest news of last week was three new Ford Bronco SUVs. Two going directly after the Jeep Wrangler with removable doors, mirrors that stay on, and a modular removable top. They’re powered by a 2.3L turbo-four or a 2.7L six, and Ford says they have better ground clearance, approach, and departure angles than Wrangler. More importantly, they look very cool.

If you don’t need quite that much off-road but like the looks, the Escape-based Bronco Sport is a smaller and more affordable version with more capability than most of the class but fewer of the sacrifices of the full Bronco. The doors don’t come off, and the small engine is a three-pot, but this mini-Bronco has exactly what it needs: more style than anything in the class.

Subaru’s Crosstrek wagon is one of our favourites, largely because it’s a wagon. Or not a wagon if you’re asking the marketing department. One thing it lacked was power, with the 2.0L flat-four’s 152 hp not exactly inspiring. For 2021, a new Outdoor trim offers 182 hp from a 2.5L engine. It also has special trim inside and out like the Outdoor Outback trim. All Crosstreks get a new grille and the CVT models add lane centring. 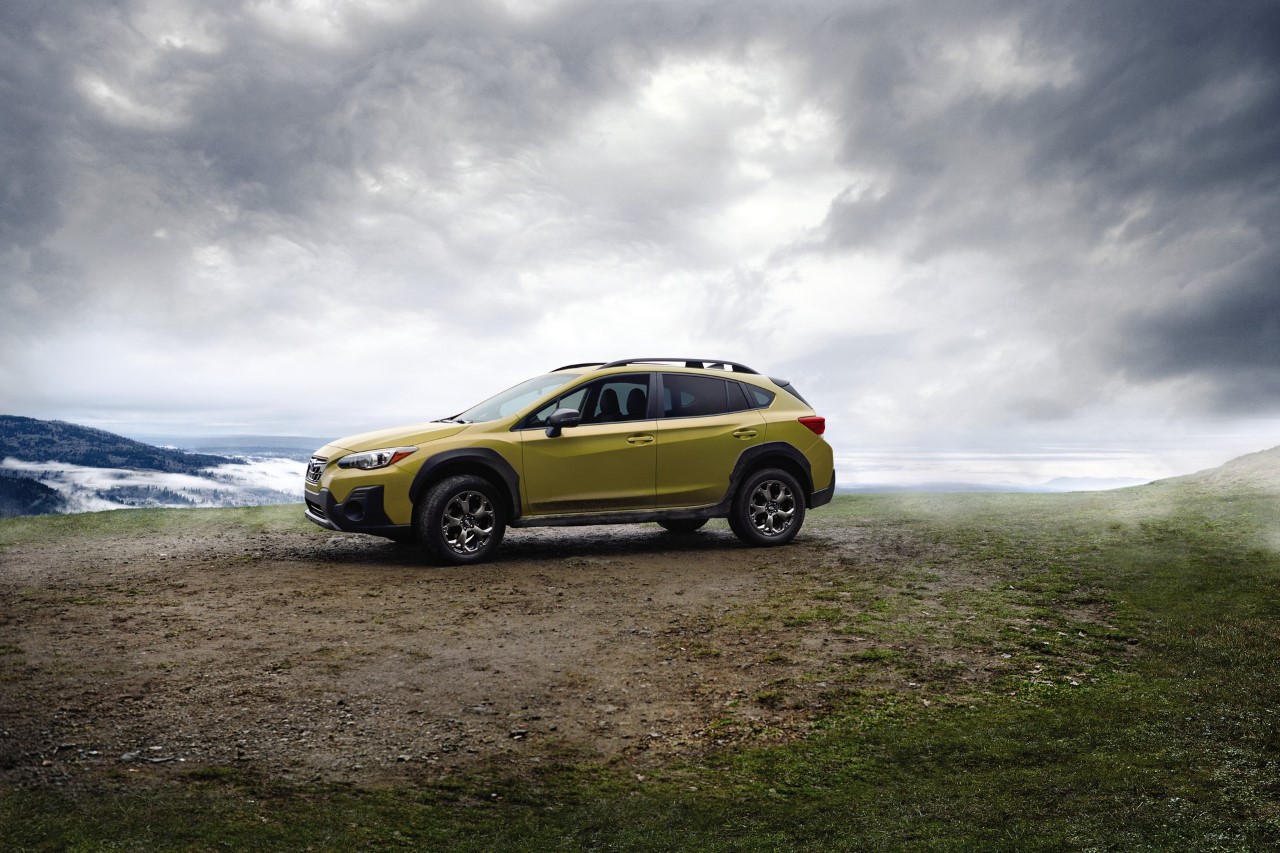 The Toyota Camry is a few years old now, and that means a refresh. New grilles, new interior trims, and a new floating infotainment screen that adds one key feature this midsize sedan lacked: Android Auto joins Apple CarPlay. An XSE hybrid trim is new and XLE models get herringbone seat fabric, while all Camrys get tweaks to enhance the pre-collision system and radar cruise models get enhancements for passing. 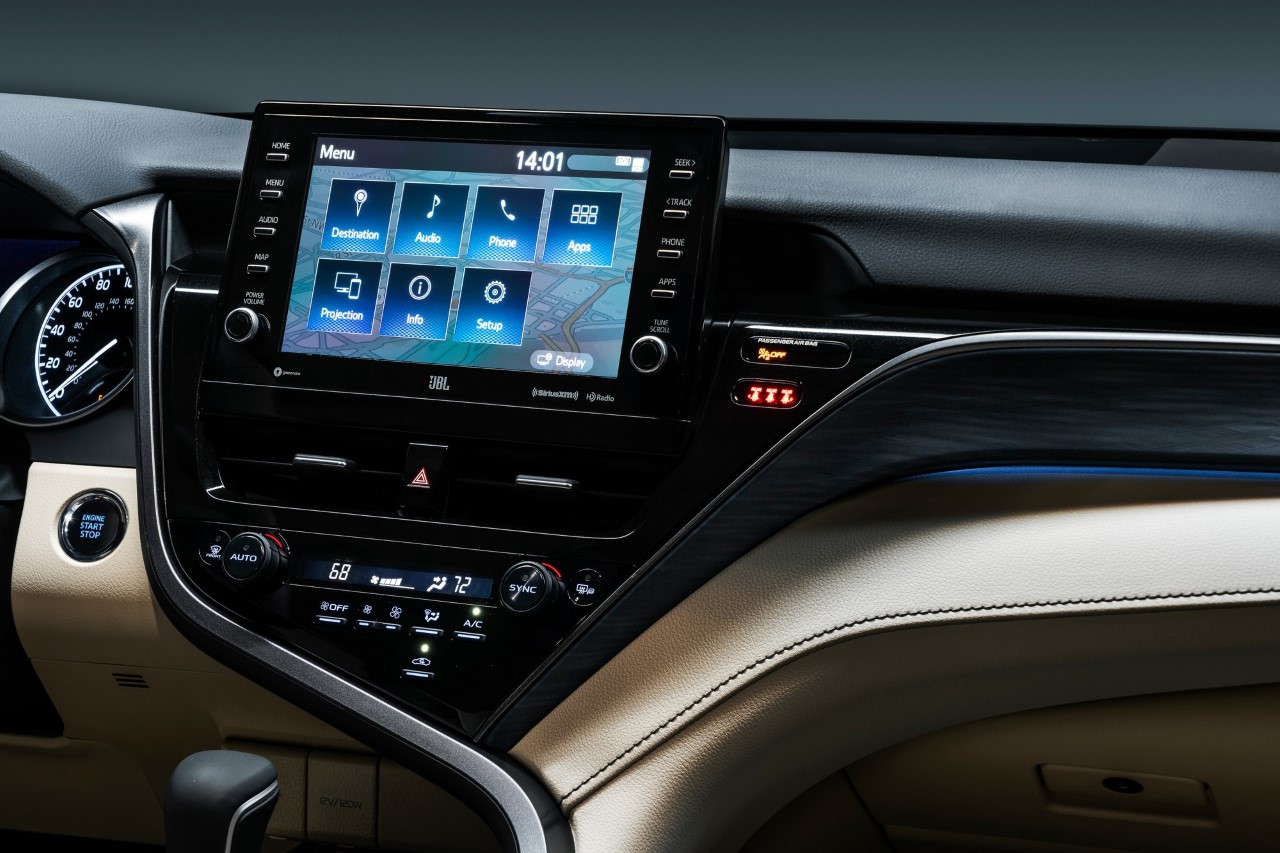 Nissan introduced an all-new electric crossover called the Ariya, and a new Nissan logo is coming with it. The futuristic crossover stays much in line with the concept car that preceded it, and we’re fans of the style.

Nissan plans 10 new models in 20 months, and this is part of that onslaught. Available with up to 482 km of range (the estimate for FWD models), the Ariya will also be available with e-4orce twin-motor all-wheel drive and two battery sizes will be offered. ProPilot Assist 2.0 adds advanced driver aids including hands-off operation on certain roads and in certain conditions. Android Auto and Apple CarPlay, both wireless, will be standard.

The flat EV floor, Nissan says, combined with a new compact climate control system, will make for a spacious cabin. That’s helped by thin Zero Gravity seats from the automaker who brought the first mass-market EV to dealers. It’ll go on sale sometime next year making up to 389 hp. 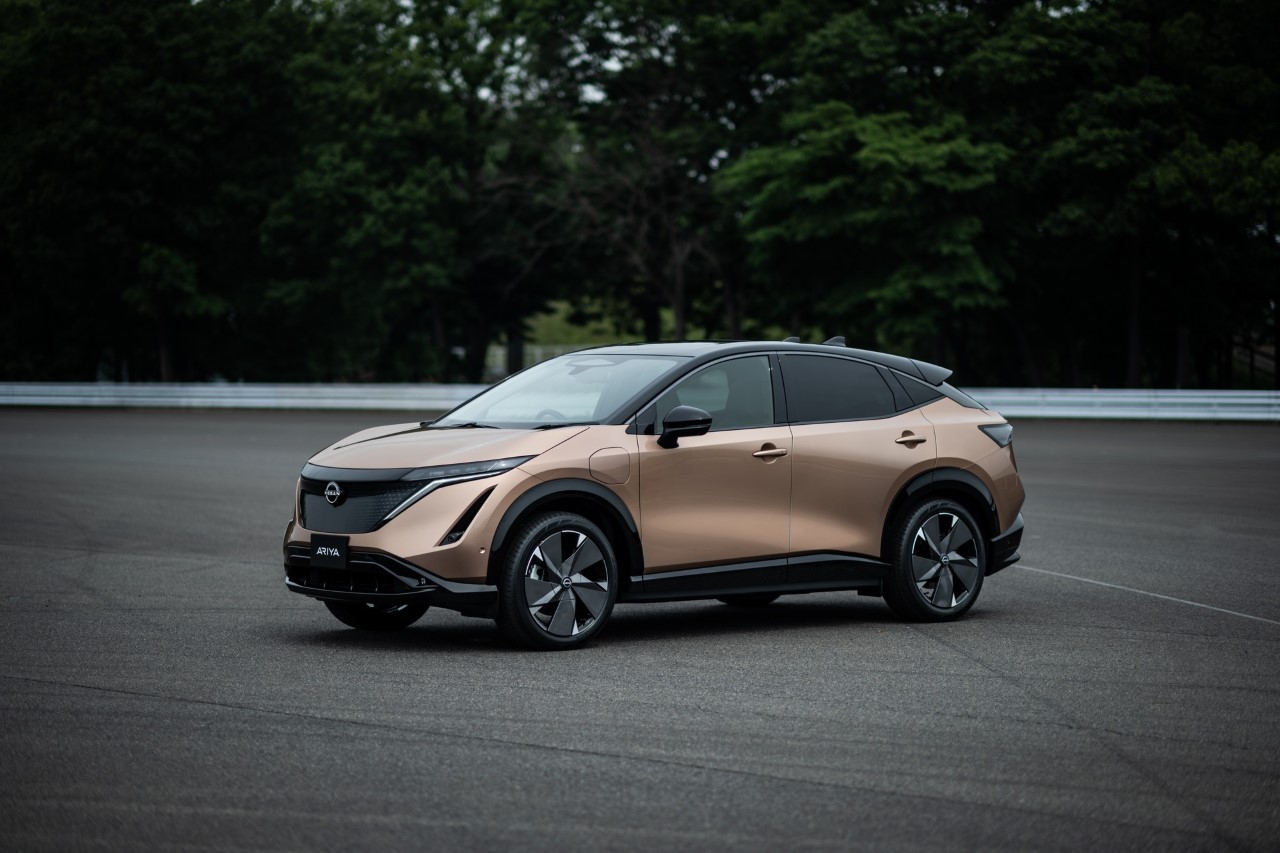 Sure all of the new Porsche 911s are turbocharged, but only one is truly the Turbo. And if you’re not happy with that, then we’d suggest you not look at the Taycan’s trim levels. With this new turbo Turbo, they can call it whatever they want, but you can never call it slow. Arriving as both coupe and convertible, this time there’s a 3.7L flat-six delivering 572 hp and 553 lb-ft of torque. That’s 32 hp more than before and on the level of the previous Turbo S.

Sorry, but it’ll be eight-speed dual-clutch only, but it can do 320 km/h flat out and will be fitted with a range of suspension and lightweight options. 100 km/h arrives from a stop in under three seconds and helping bring it to a halt are even larger pizza-sized brake rotors. The rear arches are already wide, but Porsche has pushed the fronts out nearly 50 mm to help fit massive front tires. 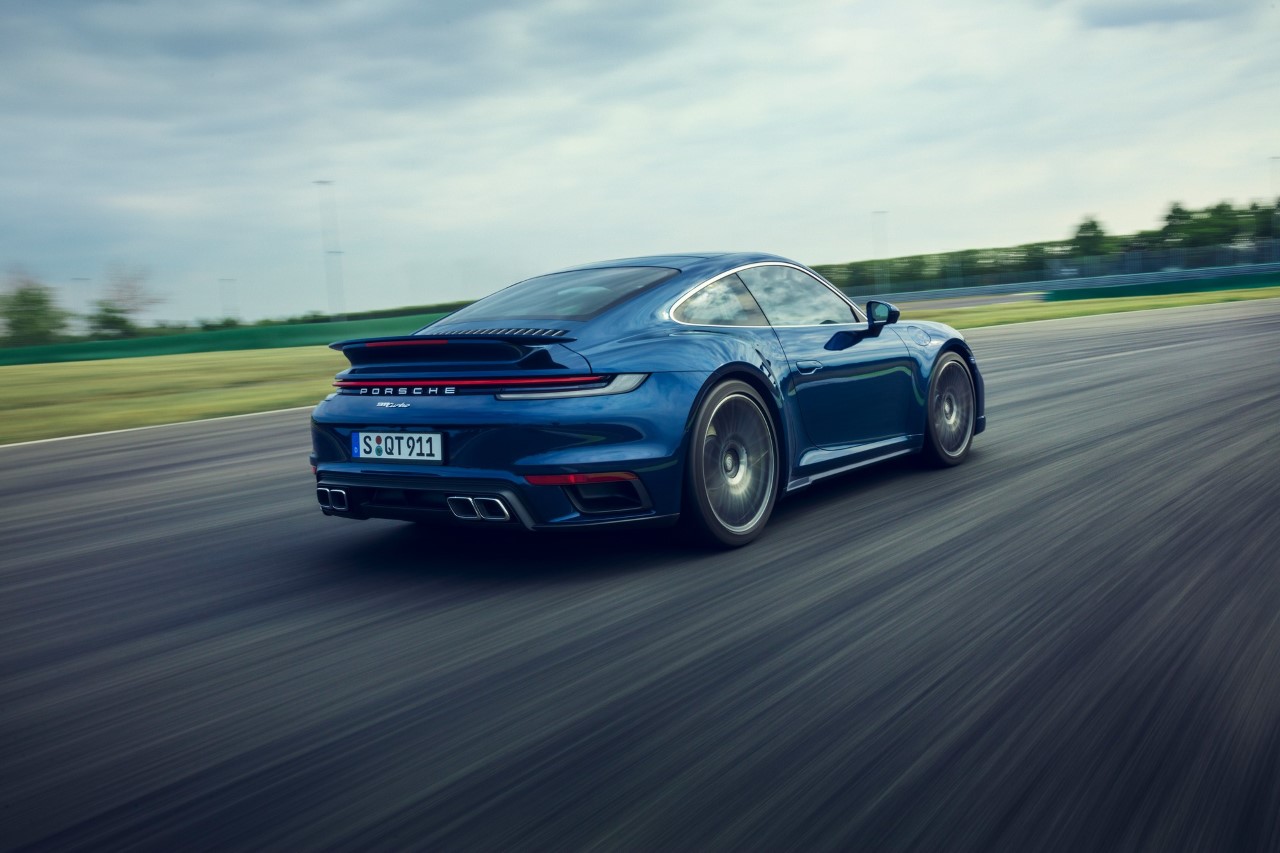 Finally, we had all resigned ourselves to the end of the Grand Caravan later this year. Introduced in 1987 as the stretched version of the Chrysler minivans, the Dodge Grand Caravan is no stranger to anyone who was parent or child in the decades since. Chrysler had said it would go away in favour of a more basic version of the Pacifica that would be called the Chrysler Voyager (the Voyager had disappeared here in 1999).

Understanding the value of a brand, though, FCA has said that the Canadian versions of the van will be badged as the Chrysler Grand Caravan. They’ll be an entry-level of the current Pacifica, without the facelift that van gets for 2021, as a more modern, better equipped, and hopefully more desirable offering than the 2020 GC for anyone hauling people, stuff, or both. 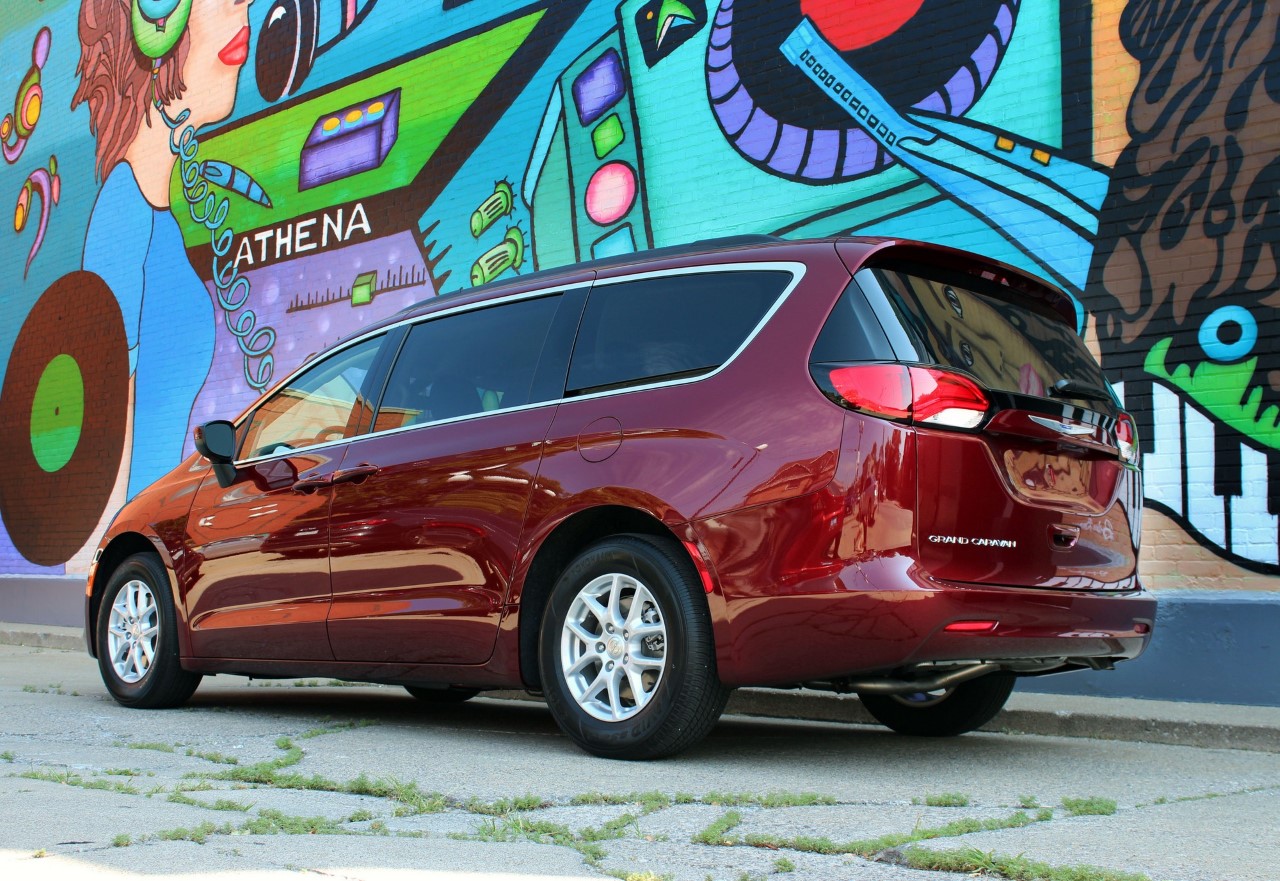