This week, Volkswagen adds an electric crossover coupe, the New York auto show is cancelled, Dodge is getting a plug-in, vehicle sales were down, and the 2022 Supra is hitting dealers.

Volkswagen just showed off its latest electric crossover. The ID.5 GTX was revealed as a “near-production concept,” which is code for this is what it will look like in production, but we’ve put a wrap on it to hide some of the lines anyway. The new EV crossover coupe will be shown at the IAA show scheduled for Munich next month. Volkswagen says that as a GTX model it will be a sportier ride since GTX is the EV equivalent of the GTI badge and say that it will deliver “strong driving performance, superior traction and sporty handling.” Dual motors are on tap for the crossover, as is a WLTP range estimate of just shy of 500 km.

The New York International Auto Show has just been cancelled for 2021. The rescheduled show was set to be one of the first international shows to take place since March of last year but is now expected for April of next year at the earliest. Though the show’s press days won’t happen August 19th, we still expect many of the vehicles that were scheduled to get an online reveal instead. Based on the show’s schedule for media day, that means that new vehicle and new model reveals from Jeep, Subaru, Kia, Nissan, Toyota, and Hyundai are all likely to happen that week. 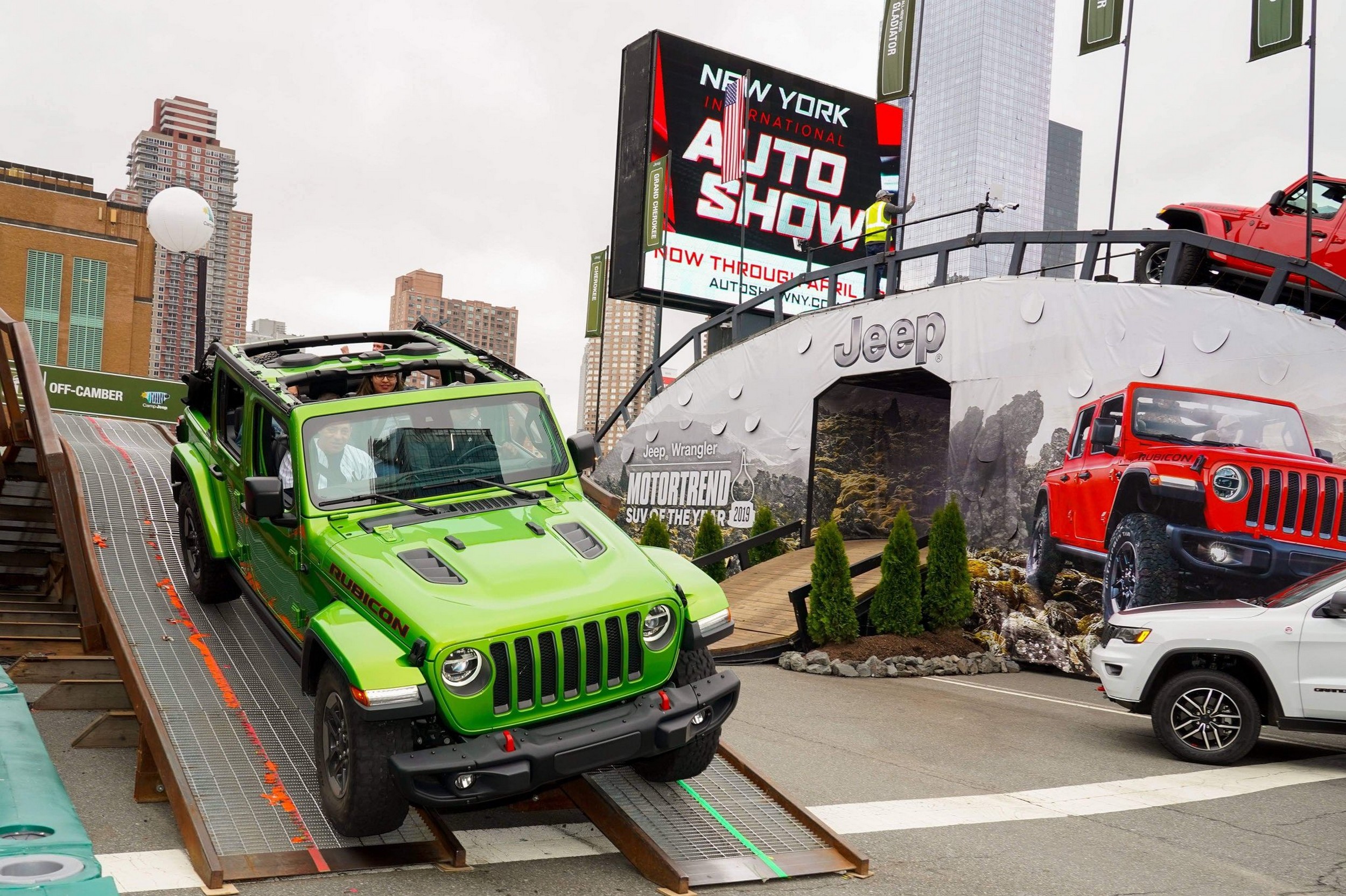 Stellantis confirmed last week during an investor call that the first Dodge to get a plug-in hybrid would arrive next year. The automaker didn’t say which model would get the treatment, but since Dodge currently only offers the Charger, Challenger, and Durango, it could well be one of those. However, that’s not a certainty because all three of those models are quite long in the tooth. Adding an expensive PHEV driveline to an old model is probably not a cost-effective plan. What seems more likely is that the PHEV model comes next year with an all-new Dodge Durango, moving to the platform used by the all-new Jeep Grand Cherokee L that will begin arriving at dealers shortly. A 4xe PHEV model has already been confirmed for that model and the standard Grand Cherokee, which has not yet been revealed (it’s actually expected to be the Jeep we see next week at what would have been the NYIAS).

New vehicle sales in Canada were down in July, a month that was expected to reach a figure more like those of the pre-pandemic years. DesRosiers Automotive Consultants estimates that 155,657 vehicles were sold in the country, down 5.7 per cent from July last year. The issue now isn’t demand, but rather supply. The shortage of semiconductor chips has led to auto plant disruptions and temporary closures, with automakers estimated to have lost nearly six million units of production so far. That means dealer lots are empty, and that’s hurting sales and driving up prices. Not all automakers who reported sales saw a downturn, though. Toyota saw sales up 19.4 per cent from last year and 10 per cent from July 2019. Lexus posted a record July as well. Subaru saw its third-highest sales month ever, while Hyundai, Kia, and Mazda saw flat or decreased sales. Most of the major automakers report only quarterly sales now, so the effects won’t be seen for a few more months.

Toyota priced the 2022 GR Supra, and the model saw just a small price increase for this year. The Supra starts with the 2.0-litre model with 255 hp for $56,510 plus destination. It has 188-inch alloys, Alcantara seats, and Brembo brakes. The 3.0-litre 382 hp model starts at $67,820 and adds Adaptive Variable Suspension along with four-piston brakes, 19-inch alloy wheels, and a host of other performance and comfort add-ons. A race-only version is offered to certified racing teams that dumps some of the driver assistance features for circuit use. The 2022 Supra is available at dealers now. 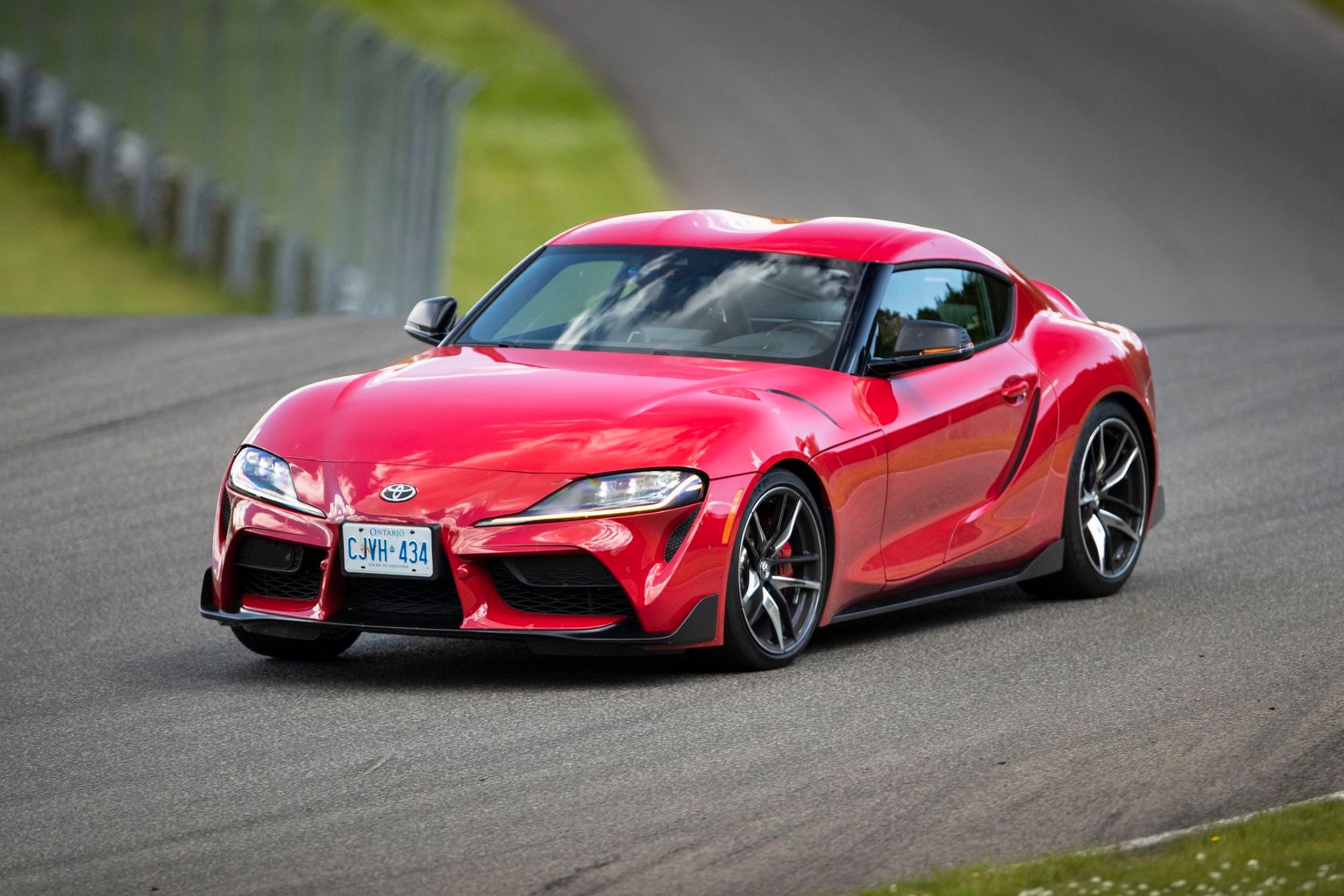