This week, pricing announcements include the refreshed Hyundai Kona and the unchanged Toyota Corolla. GM is fighting mad over Ford’s use of BlueCruise, Mercedes-Benz is bringing an electric E-Class to the IAA show along with a new C-Class wagon, and Toyota continues to tease the new Tundra

Hyundai has priced its heavily revised 2022 Kona lineup for Canada, including the gas and Kona Electric models, though not the Kona N hot crossover. The 2022 Kona gets a facelift and has added new larger touchscreens for both base and optional offerings. The systems have also added wireless Android Auto and Apple CarPlay. The 2022 Hyundai Kona starts from $21,999 for a 2.0-litre Essential FWD, with AWD adding $2,000. A Preferred FWD is $23,999 with the same AWD premium while the 1.6-litre turbo N Line is $28,099. On the electric side, the Kona EV Preferred is $43,699 and the Ultimate is $49,199, and that base price is down more than $1,000 from last year. Expect the new models to hit dealers anytime now.

Toyota has priced the Corolla as well as the 2022 Corolla Hatchback. Both models are the first to advertise the addition of a new feature that turns on the rear lights whenever the car is moving. This is one of three ways for automakers to meet the mandatory “ghost car” legislation that has led to a sharp rise in vehicles on highways with DRLs and no taillights after dark. Toyota sells the Corolla with a dizzying array of options, but the sedan starts from $19,450 for the L model of $22,690 for the 2.0-litre SE model, ranging to $27,550 for XLE and $29,050 for XSE. The Hybrid starts from $25,190. The Corolla Hatchback starts from $21,390 for an S model and goes up to $29,150 for the XSE with a CVT. The 2022 Corolla is on sale now. 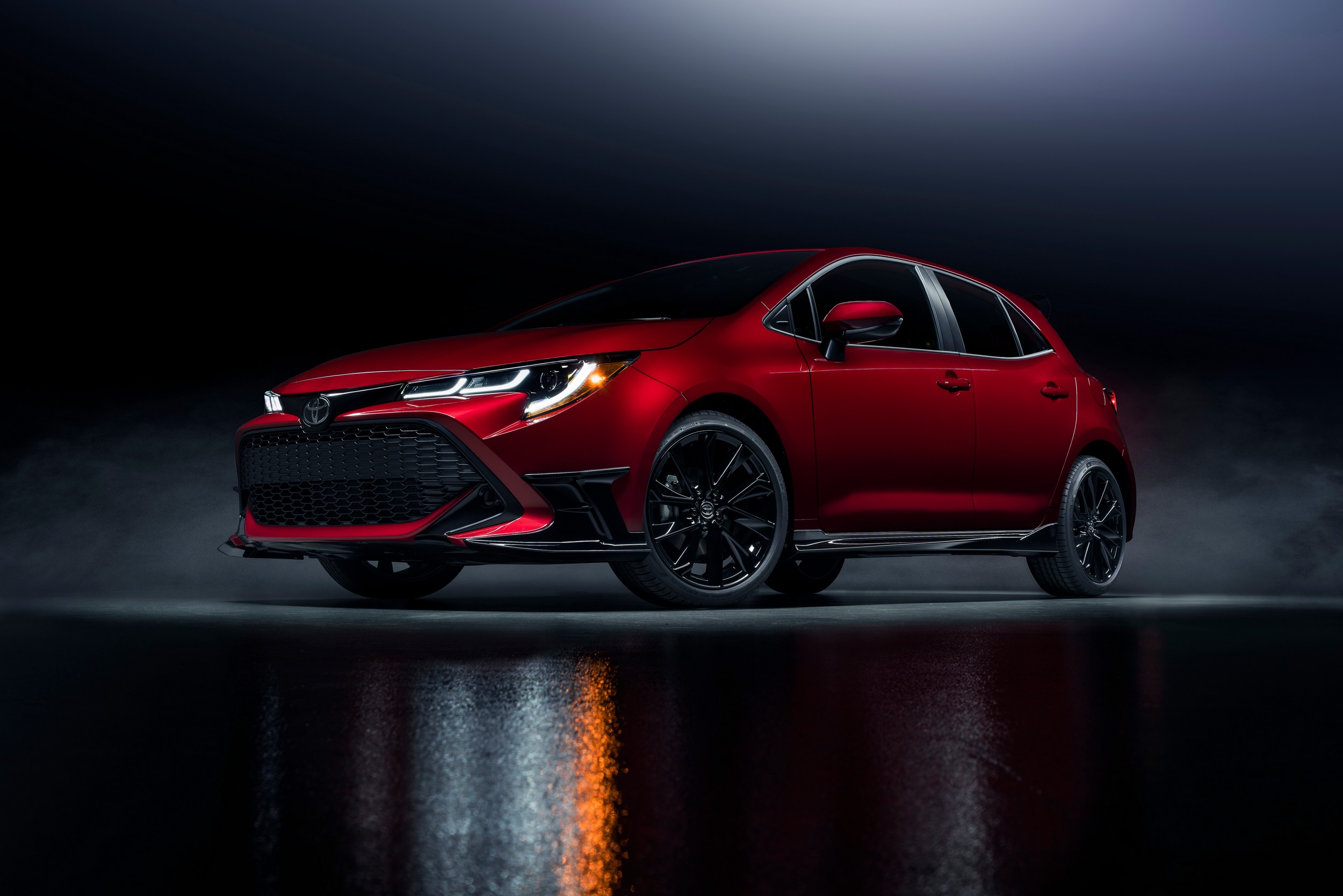 General Motors is taking Ford to court over the word “cruise.” General Motors uses “Super Cruise” to describe its hands-off driver assistance system. The company also has a subsidiary called Cruise that is developing fully autonomous vehicles. The company said in a statement that it believes that Ford’s BlueCruise hands-off system infringes on its trademarks. Cruise control has been used to describe automated speed control for decades, though Cadillac did use the term first. “Drivers for decades have understood what cruise control is, every automaker offers it, and ‘cruise’ is common shorthand for the capability,” said a statement from Ford. “That’s why BlueCruise was chosen as the name for the Blue Oval’s next evolution of Ford’s Intelligent Adaptive Cruise Control.”

Mercedes-Benz revealed a pair of teaser photos to let us know that the latest Mercedes-EQ was set for reveal at the IAA show in Munich next month. It will be the EQE, the electric version of the Mercedes-Benz midsize E-Class sedan. The teaser shows a massive panel screen like in the EQS as well as styling more like the EQS than the company’s current E-Class models. The company will also be bringing the first battery-electric AMG sedan to the show, which it calls “the brand’s clear commitment to fuse fully electric models with characteristic AMG DNA.” The car will wear an E Performance badge. Also coming to the show is a C-Class All-Terrain, a lifted version of the wagon that we’d love to see but may not come to Canada. 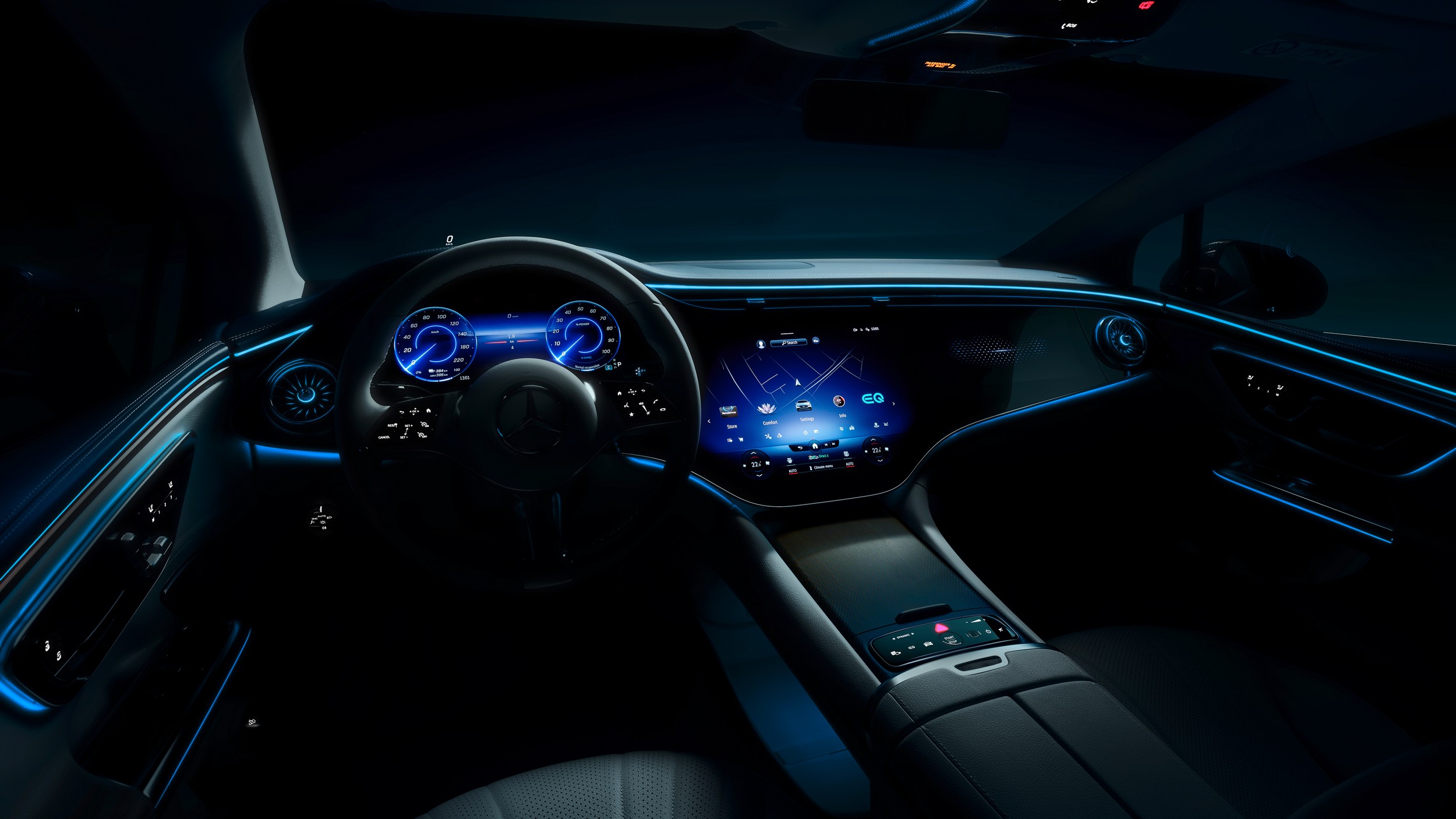 Toyota continues to give us small looks at the 2022 Tundra pickup. Toyota previously showed the full exterior (following a leak) and then showed off a panoramic glass roof as well as the return of the roll-down rear windshield. Now Toyota is showing us seats and a dial. The seats are the perforated leather of the TRD Pro, with TRD embossed stitching and a unique pattern in the holes of the perforation that we’re looking forward to seeing in full. The new Tundra will also get a multi-terrain system traction control adjustment and a crawl control mode. Lastly, there will be wireless charging, though the pad looks to be in an odd orientation to the right of the gearshift. 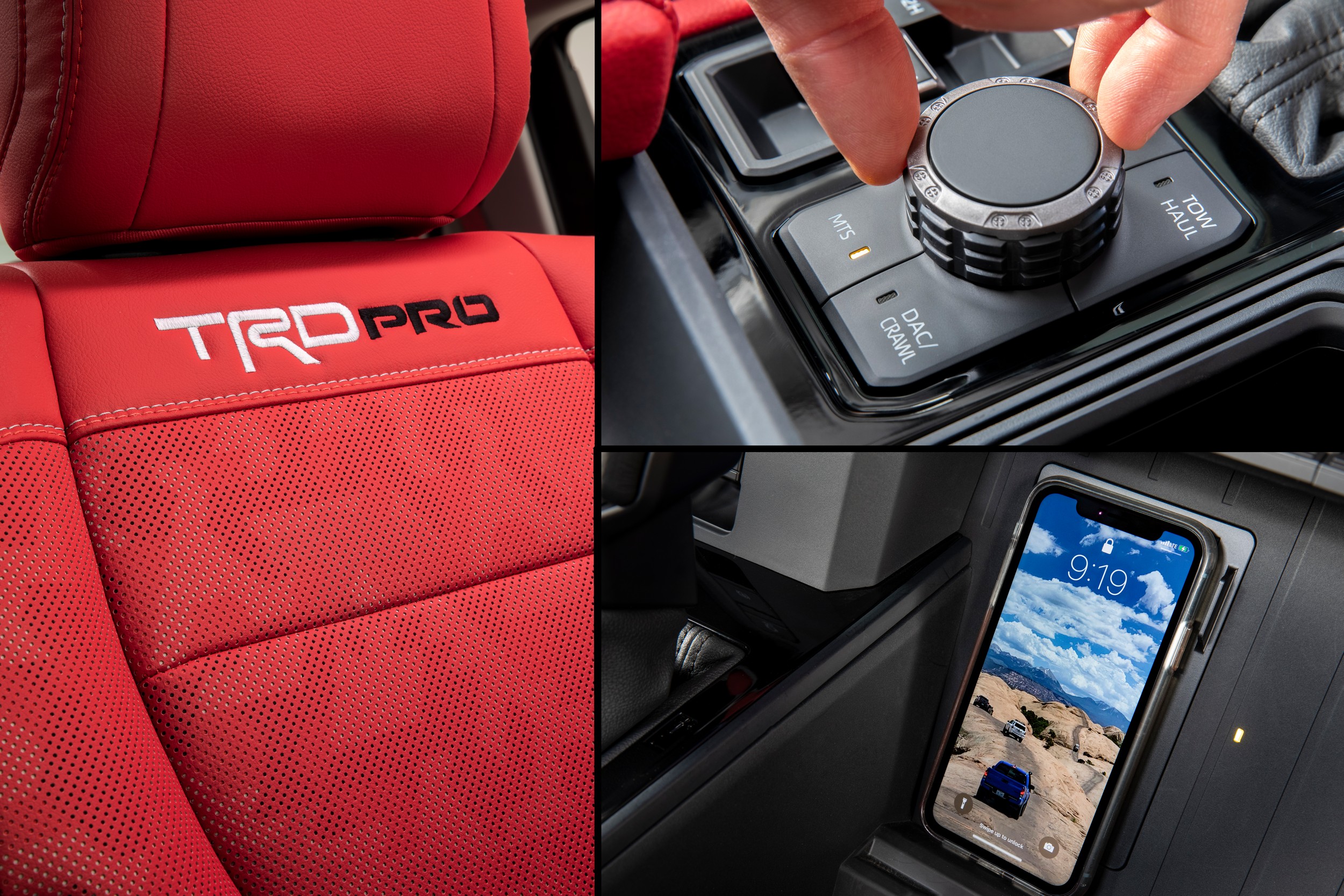