The Ariya will start selling in Japan in mid-2021 and will make its way across the pond to North America later that same year.

Nissan is adding a new member to its family of crossovers with the reveal of its all-electric Ariya.

Canadian media were given a chance to take a virtual deep-dive into the vehicle at the Yokohama Nissan Virtual Pavilion in Japan.

The debut of the Ariya is part of the global automaker’s plans that is seeing the company transform for sustained profitability and growth over the next four years, and a keystone to that is Nissan’s plans to roll out 10 new vehicle models in the next 20 months. The Ariya is one of those new vehicles.

The Ariya will start selling in Japan in mid-2021 and will make its way across the pond to North America later that same year. No pricing was made available. 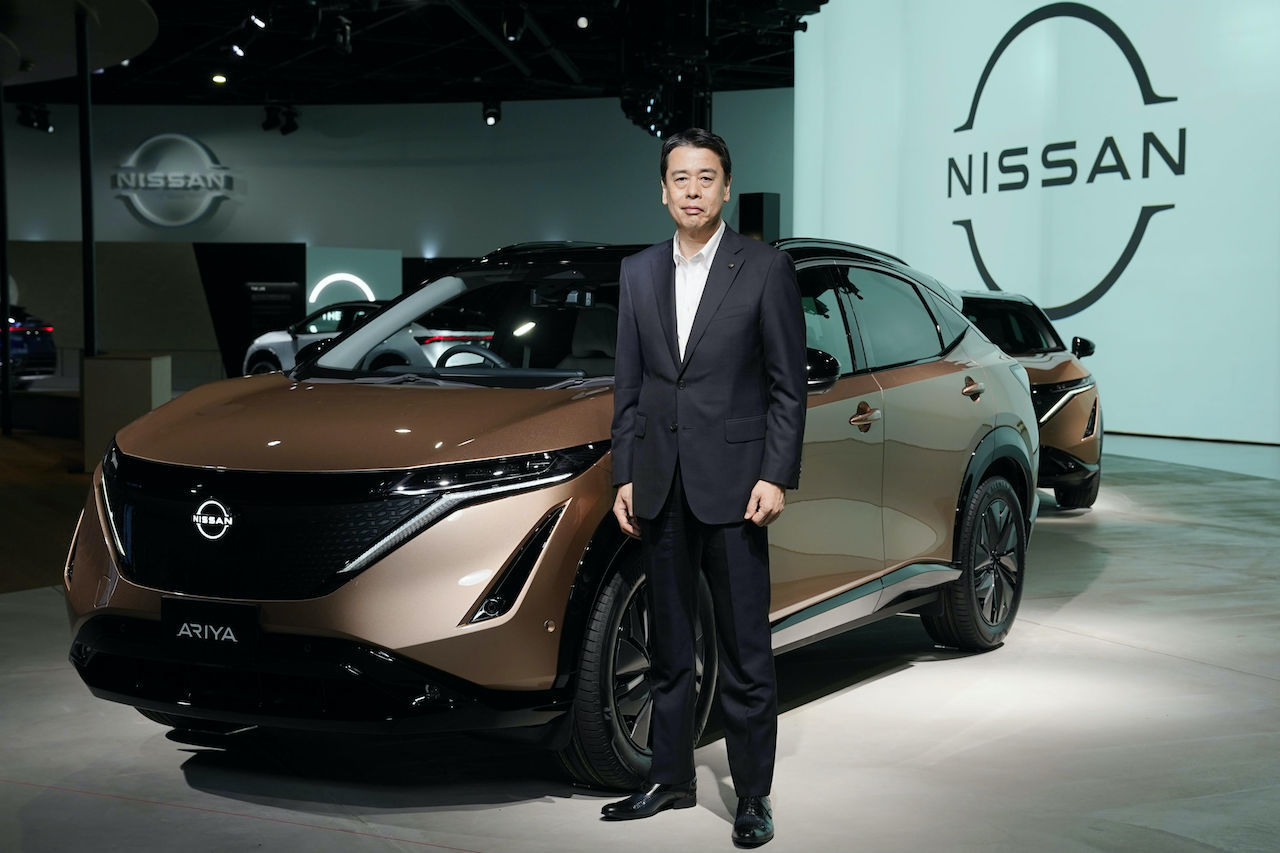 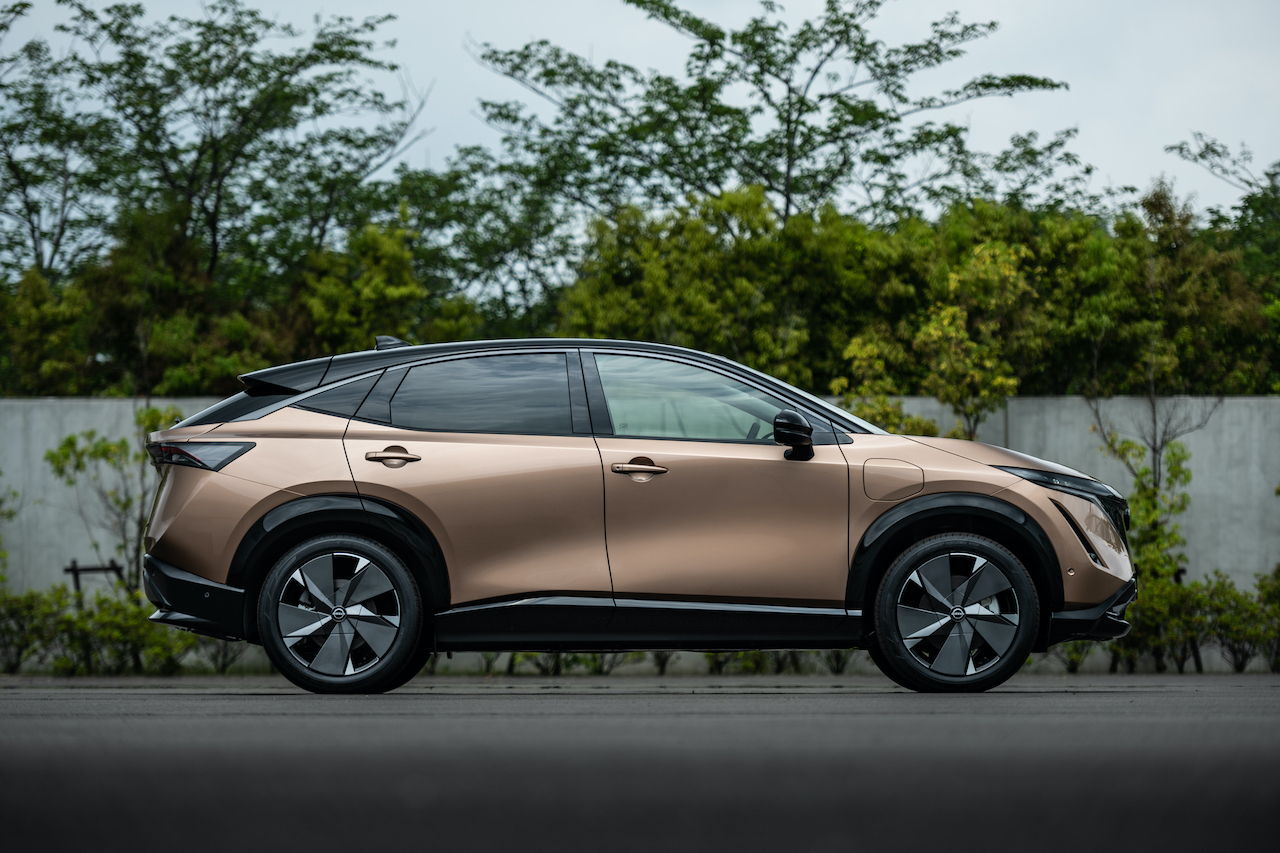 The Ariya will come in a two-wheel drive and an e-4ORCE all-wheel drive option built on an Alliance-developed EV platform and will come with two battery size options, a 63 kWh or an 87 kWh battery. Nissan said the 63 kWh battery is ideal for urban commuters while the larger battery is for those who wish to have comfort of added range for those longer road trips.

The twin electric motor on the all-wheel drive models will feature the company’s e-4FORCE all-wheel control system, an offspring of the Nissan GT-R’s ATTESA E-TS torque split system, and made to give drivers both a sporty feel but with ample control on corners and on most road surfaces.

Pierre Loing, global vice-president of product planning with Nissan Motor Co. said that he expects that Canadians will naturally take to the four-wheel drive option because of our winters here.

The exterior is a sleek design based on a kumiko pattern and featuring Nissan’s logo placed squarely at the centre. An uninterrupted horizon line is stretched across the side profile to bring together the front fascia and the rear. 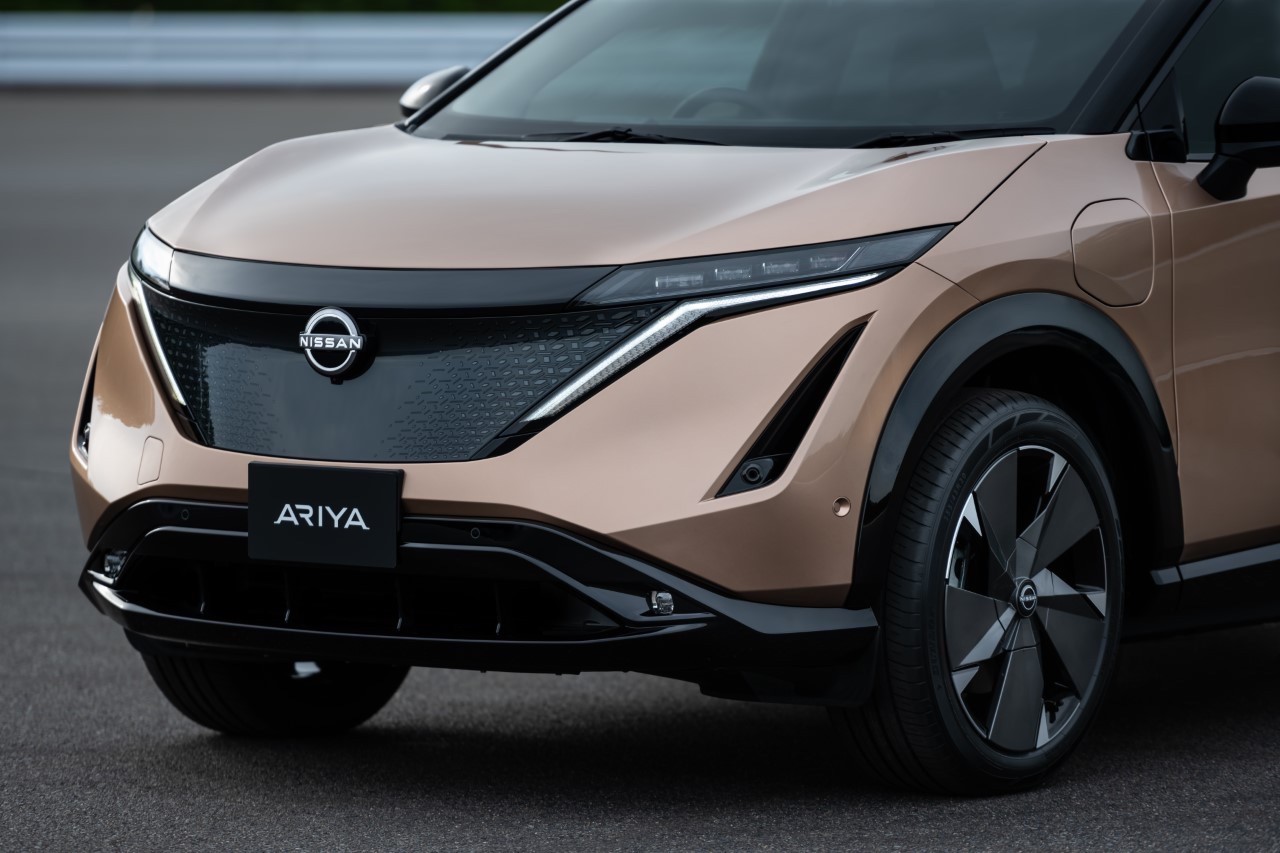 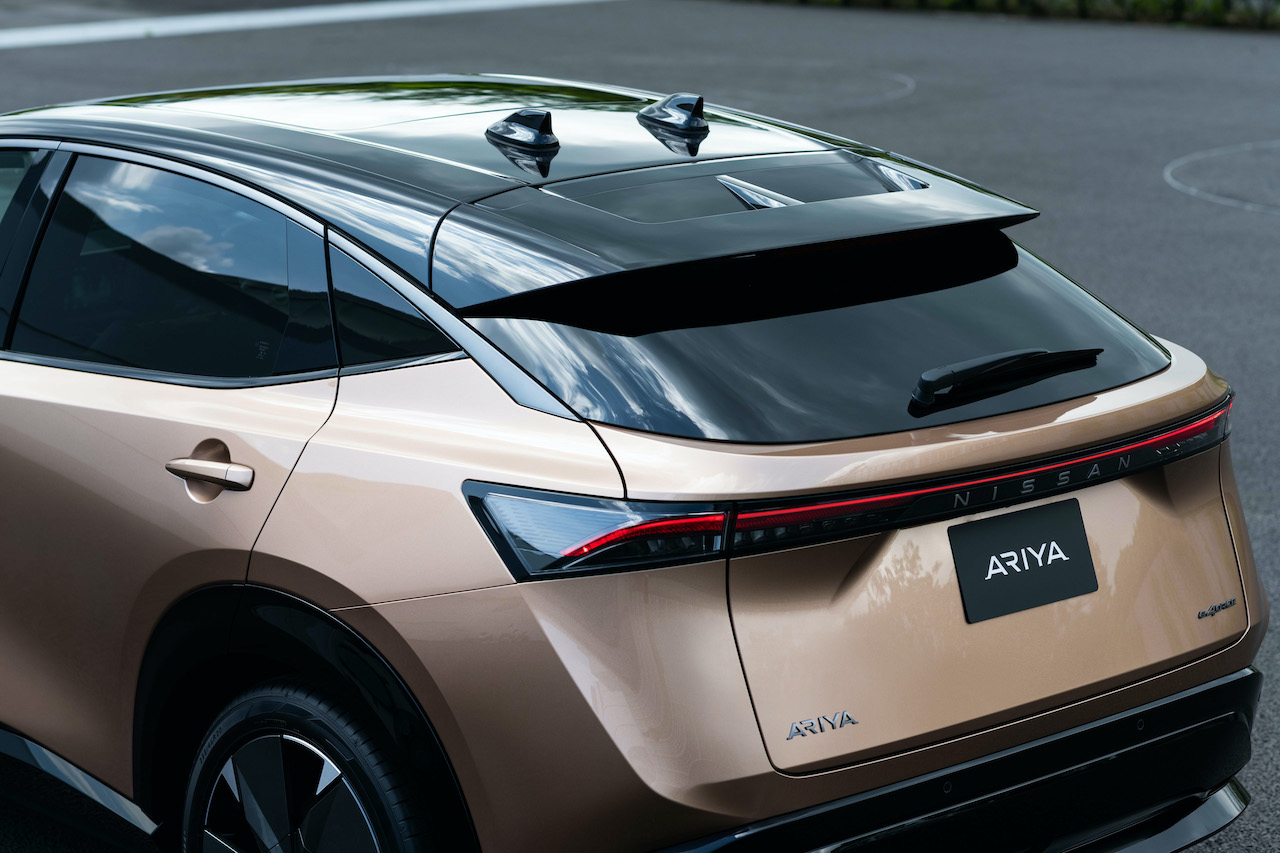 The sleekness of the design was intentional according to Giovanny Arroba program design director with Nissan Motor Co. as the design is meant to capture the power that the electric drivetrain brings and signal Nissan moving forward into the electric vehicle future.

The Ariya will come with six two-tone exterior paint combinations.

Owners will also get Nissan’s ProPILOT Assist 2.0, the company’s next-generation drivers assistance technology, that will ensure drivers stay centered in the lane, navigate urban traffic and maintain a safe distance between Airya and a vehicle in front.

A hands-off feature will allow a driver to let go of the steering wheel under certain road and driving conditions, but a Driver Monitoring System mounted in the steering column will make sure the driver keeps their eyes on the road. The idea is to make driving both stress-free while maintaining safety – so added to the mix are Blind Spot Warning, Lane Departure Warning and Forward Collision Warning safety features. An added bonus is the integration of Amazon’s Alexa along with support for Apple CarPlay and Android Auto. 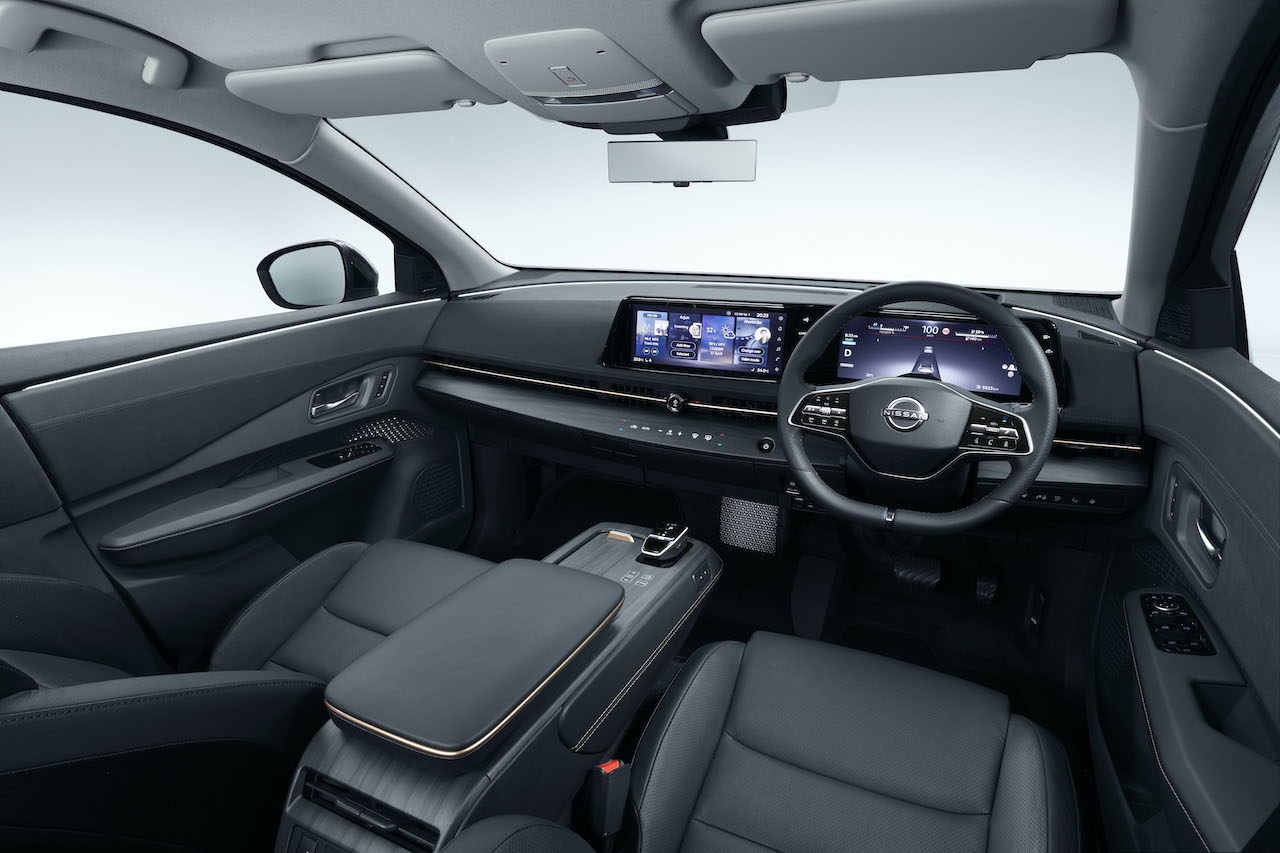 While the Nissan Ariya comes with advancements under the hood, the all-electric design gave Nissan’s designers more room to work with the interior. The compact powertrain allows for a more open interior with a minimalist instrument panel that conforms to the shape of the cabin and with the climate controls stylishly integrated in a wooden centre dash. The centre console can be adjusted to a driver’s personal preference. And the new slim-profile Zero Gravity seats gives driver and passengers plenty of legroom.