DAYTON, Tenn. – Upon first encountering it, I found the name to be completely perplexing: Nokian.

Vaguely familiar, yes, but I had to Google it before the puzzle started to come together. When I found the company logo I immediately thought, ‘ah, winter tires.’ True, although they make other types as well, such as all-season and all-weather.

Before digging too deeply, I guessed at the country of origin. Korea? Japan? No and no. Finland is the correct answer, which I should have been able to guess given the fact the company retains the British / European spelling of tires in its name. Korean and Japanese manufacturers don’t use that spelling to the best of my knowledge.

I relate this story for two reasons. One, to illustrate the brand’s relatively low profile in North America, which the company is intent on changing, and two, I received a crash course in all things Nokian Tyres last week when I traveled to Dayton, Tennessee to attend the grand opening of its new tire plant, the first for the company in North America.

Before diving into the opening of its shiny new U.S. plant, a little more on Nokian itself. 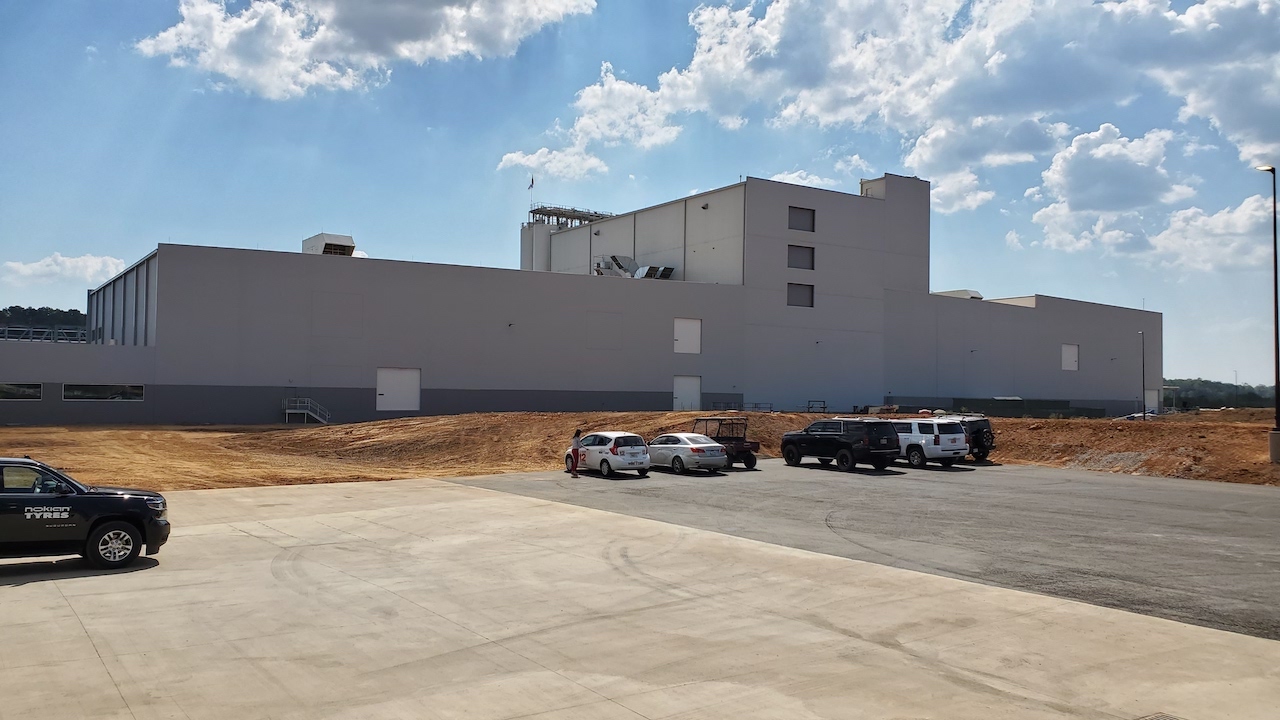 Founded in 1898 in Nokia, Finland as Nokian Rubber Works, the company is one of the oldest in the industry, predating both Firestone and Bridgestone and the same age as Goodyear. As its Nordic location might suggest, Nokian has spent much of its history building a strong reputation for quality winter tires, the first of which it made in 1934 – a world first.

In recent decades, the company has grown significantly. It began trading on the Helsinki Stock Exchange in 1995, introduced the first all-weather tire (Nokian WR) in 2002 and opened its second global production plant in Vsevolozhsk, Russia (near Saint Petersburg) in 2005, which joined its domestic facility in Nokia. The Vsevolozhsk facility is Nokian’s largest and produces approximately 20 million tires annually.

In addition to its tire production facilities, Nokian operates a winter tire test facility in Ivalo, Finland (near the Arctic Circle), and is in the midst of building a second centre for hot weather testing in Santa de la Zarza, a desert town in Spain located about 80 km southeast of Madrid. Net sales in 2018 hit $1.8 billion USD and the company employs about 4,800 people worldwide.

Nokian elected to build a plant in the U.S. for two main reasons: to increase its North American sales, which it hopes to double within the next five years, and to better serve the market with products that fit the needs of customers here.

Dayton, Tennessee is a small town of just over 7,300 located about 45 minutes (61 km) northeast of Chattanooga in the southeastern corner of the state near the Tennessee-Georgia state line. Nokian chose Dayton because of its deep pool of skilled workers, strong governmental support at the state and local level and its convenient logistical location. Dayton is also reasonably close to Nashville, home of Nokian’s North American headquarters which relocated there from Colchester, Vermont in late 2018. 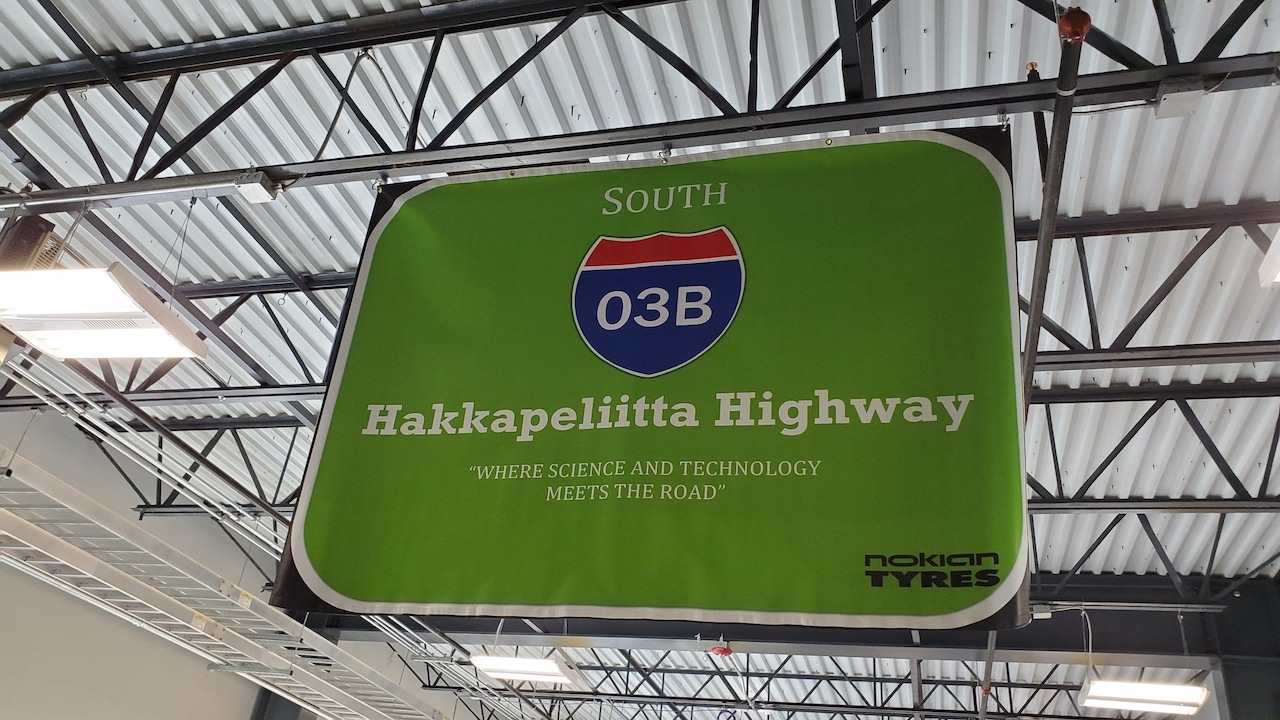 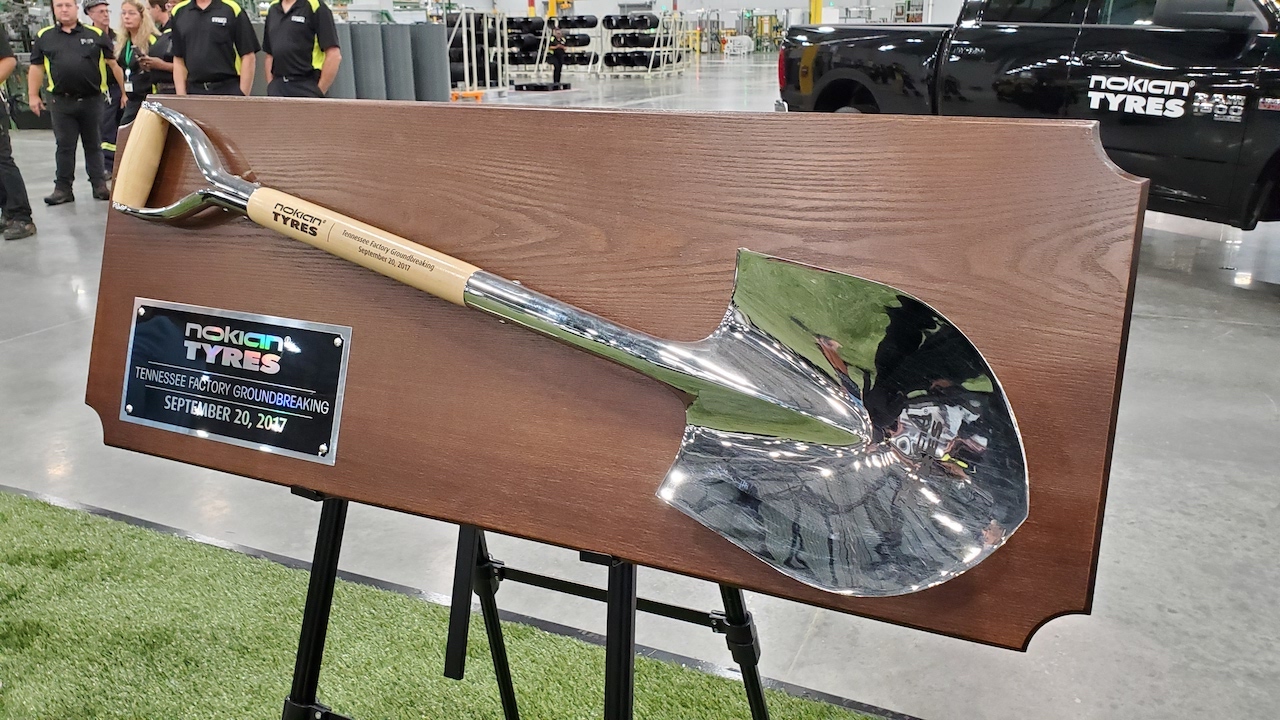 The 830,000-square foot Dayton plant broke ground in September 2017 and the official opening was a little more than two years later, a remarkable feat given the scale of the project. The opening was more of a ‘soft launch’ as an administrative building and a warehouse capable of holding up to 600,000 tires, yet to be completed, but the main plant itself is operational.

The tires being produced there now are part of what Nokian calls its ‘trial production stage’, but the plant will switch over to regular production for commercial sale in early 2020. The plant employs about 100 workers now, but that number is expected to grow to roughly 400 once at full capacity. When that happens, Nokian expects the facility to produce about 4 million tires annually.

After the official grand opening ceremony, Nokian took select groups of journalists, tire dealers and various other company and governmental dignitaries on a tour of the plant. During this walk around, everything from the creation of compounds to tire ‘marrying’ (fusing the tire sidewall and body or ‘carcass’ to the tread) and curing (tire is put into a mold that vulcanizes the rubber and impresses tread and sidewall patterns at very high temperatures for a set amount of time), to final visual and machine inspection was on display.

Company officials explained to us that this trial manufacturing period is important for the plant and its workers because it allows for the fine tuning of job functions, more time to become familiar with the machinery being used, and to ensure quality standards are met before production ramps up early next year. 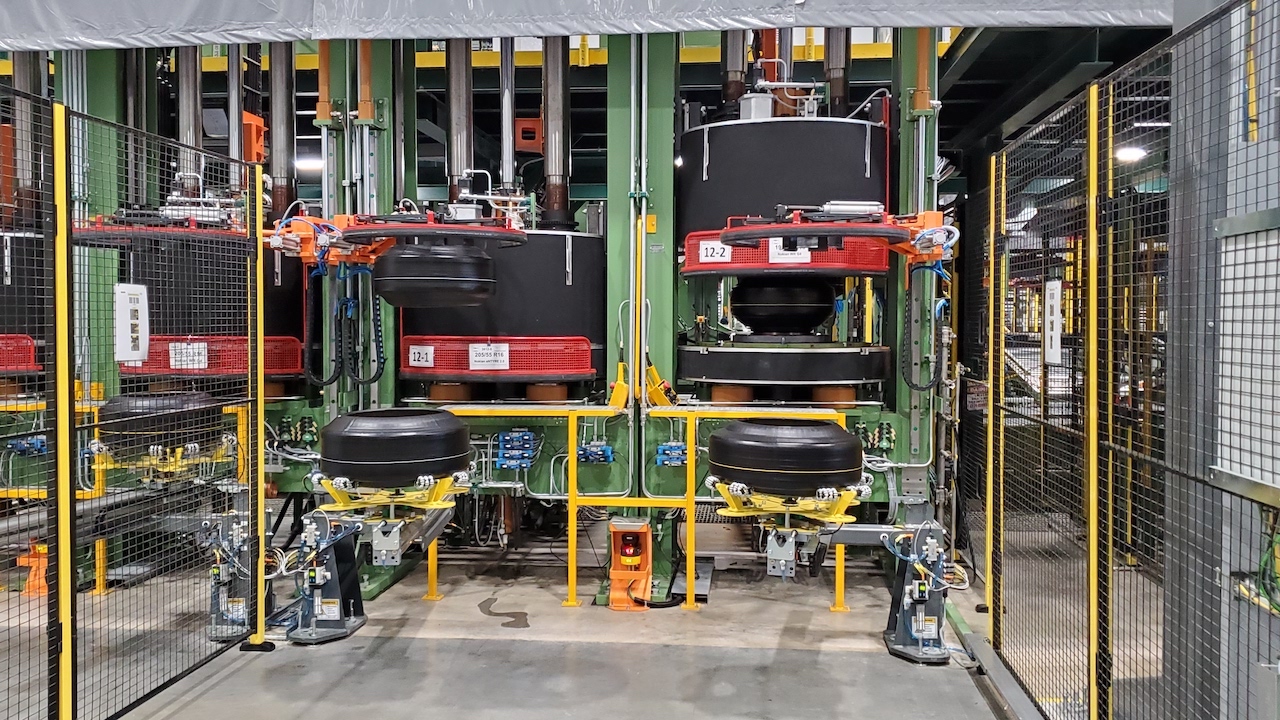 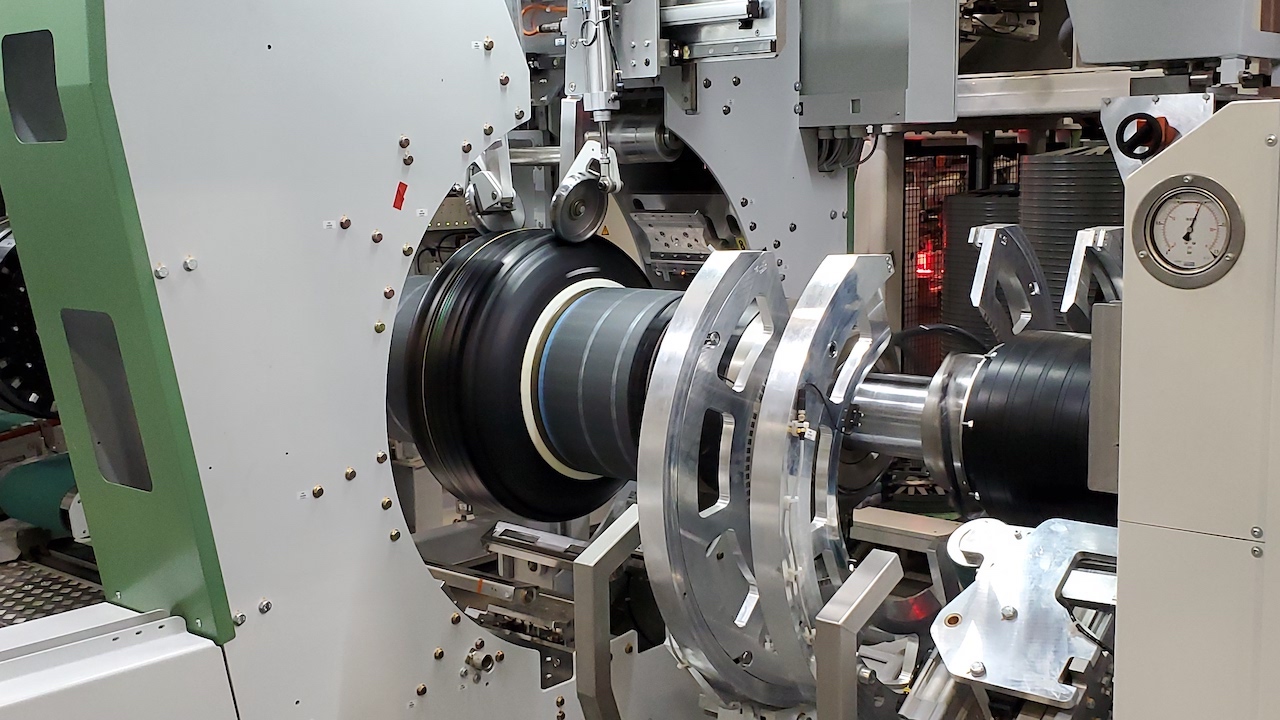 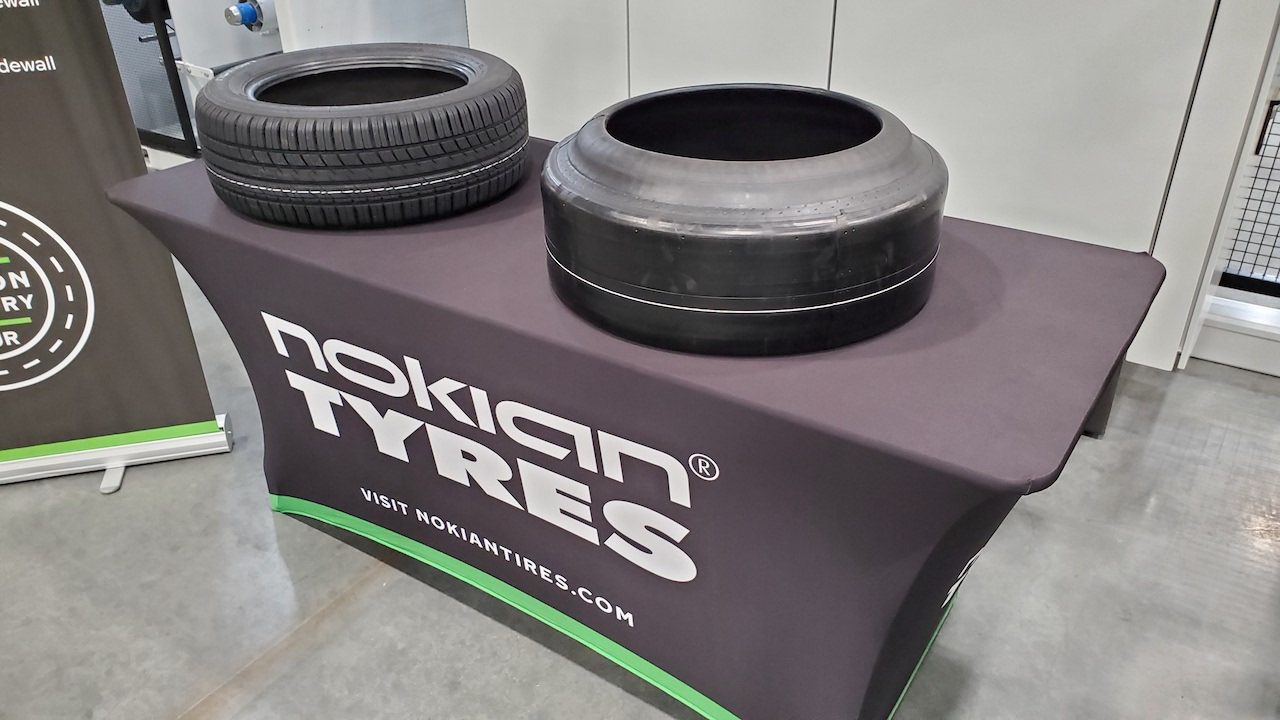 The Dayton plant will build a variety of Nokian products for the North American market, including a brand new all-season light truck and SUV tire, the ONE HT. Tested around the world in such diverse locations as Ivalo, Finland, South Africa and in the U.S. in Utah and California, the ONE HT is designed to deliver toughness, safety, and sustainability.

One of its main features is Nokian’s Aramid Armor technology, a Kevlar-like fibre used in the sidewall and tread area that’s designed for better puncture resistance and damage from road hazards, such as broken pavement and potholes. The ONE HT is the first tire to make use of this technology. It will be available in sizes ranging from 16 to 22 inches when it goes on sale in January.

During my time in Tennessee, I had the opportunity to test the ONE HT on a variety of roads in the Chattanooga area, including a very narrow, winding and rough dirt and gravel trail that runs through a portion of the Cherokee National Forest. The RAM 1500 Classic they were mounted on was a 4×4, but the truck was in 2WD mode during my time behind the wheel. Generally, I was impressed with the ONE HT’s ride quality on tarmac and its grip level on the bumpier dirt and gravel trail. 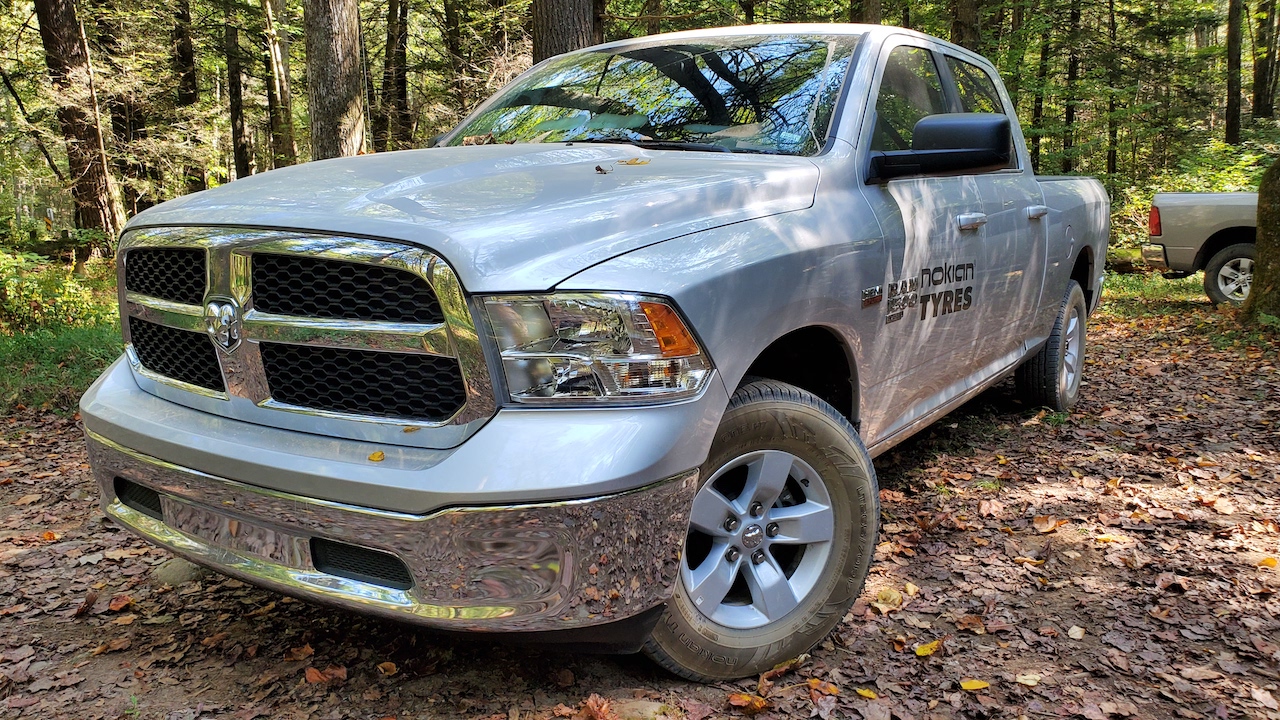 As I said at the outset, prior to my trek to Tennessee I had only the vaguest sense of who Nokian is, but after time spent learning more about not only the Dayton plant, but also about the products and the company itself, I come away from the experience much wiser.

I suspect in the coming years many consumers across North America will also come to know Nokian a whole lot better.