On track with BMW’s annual showcase

A tasting menu of the German brand’s current lineup

Nobody wants to be a resources-gobbling pariah these days, not even impassioned devotees of expensive sports cars. So, after a brief talk on their future electrification strategy, BMW assured us that more than 250 trees would be planted to offset the carbon output of the day’s track event held at Canadian Tire Motorsport Park. Guilt assuaged, we made our way over to the waiting vehicles – a selection of BMW’s currently available lineup.  Among these were our first drives of the 2022 Mini Cooper JCW convertible, and the 2021 BMW M440i Cabriolet.

JCW, short for John Cooper Works, is the spicy performance trim level in Mini’s model lineup, anchored by the Cooper hardtop and convertible. For 2022, JCW Coopers return with some exterior styling changes and a couple of interior upgrades. 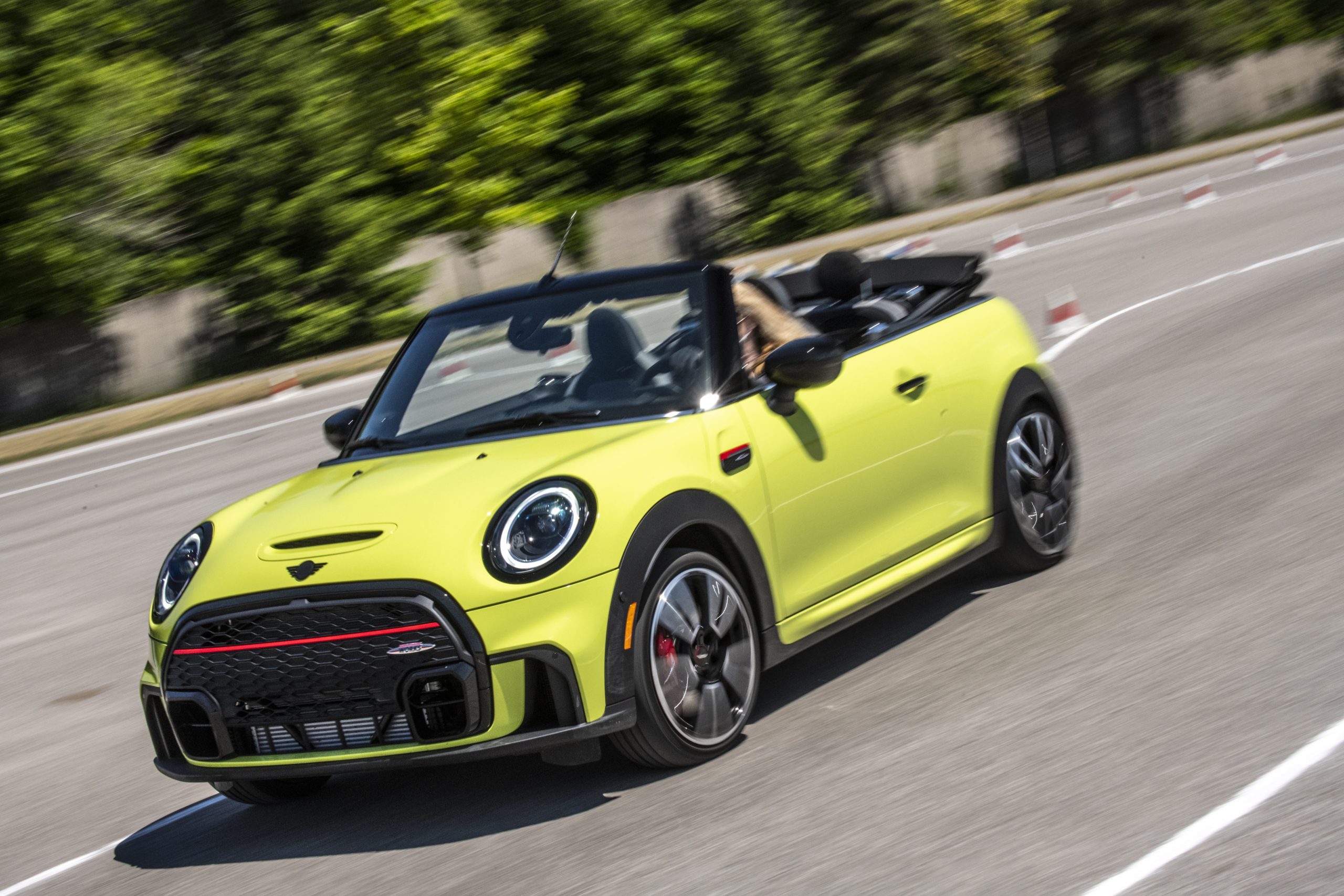 Up front, an aggressive new fascia features bigger air intakes to help cool engine and brakes, and a reworked diffuser finishes up the rear. There are also new wheel designs to choose from.

Inside, the cabin remains largely the same but a larger 8.8-inch infotainment screen is now standard, and the analog gauges have been replaced by a digital display. Lane departure warning joins the safety features list.

Under the skin–zesty yellow with a touch of green in this case –  things remain largely unchanged. Since JCW models tended to be a little choppy on rough roads, the optional adaptive suspension has been reworked with “frequency selective” dampers for a smoother ride. Behind the happy face lies the same 2.0 litre turbo-charged four-cylinder producing 228 horsepower and 258 pound-feet of torque. While the coupe can be had with either a six-speed manual or eight-speed auto transmission, the convertible is available only with the automatic. 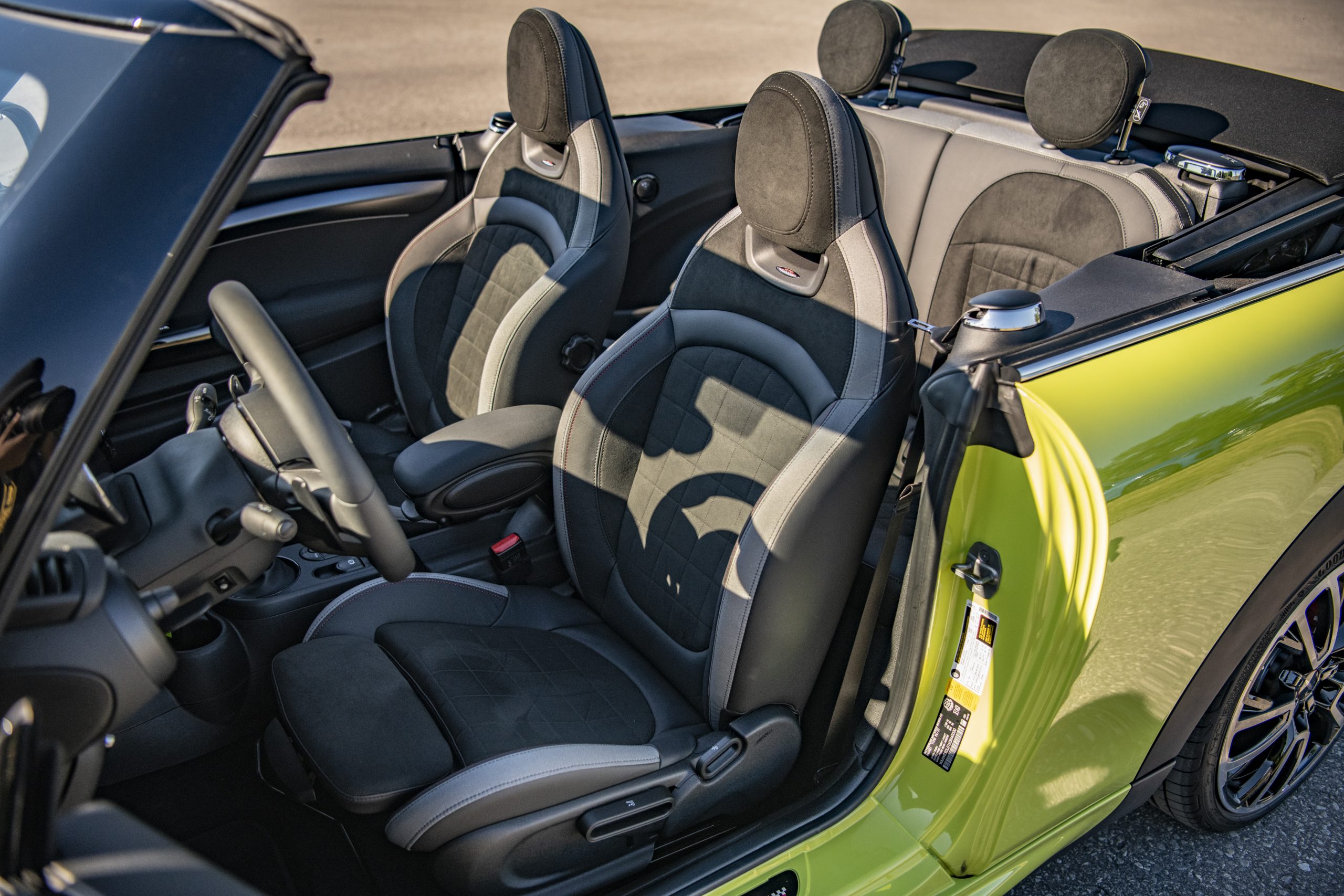 It’s hard not to smile when flinging a JCW Mini around a tight autocross course. The Brembo brakes bite quickly, and with the help of its short wheel base and electronically locking front differential, the Mini dances through the tight turns with accuracy.   While I missed the manual gear selector’s satisfying “snick”  and short throws, the auto’s paddle shifters do help ramp up the engagement.

I’m not a big fan of convertibles– having your hair whipped into a rat’s nest, and sand lodged in the car’s every nook and cranny does get old – but it does hold a certain charm on a warm day. And in this case, you can option your soft top with a Union Jack. But the convertible adds 100 kg in weight over the hardtop which does have an affect on its performance.  With an eight-speed automatic, the JCW hardtop sprints from 0-100 km/hr in 6.1 seconds, the convertible slightly behind at 6.5.  The difference is negligible to someone who loves open-air cruising, and the more performance-oriented buyer can always go for the hardtop.  The JCW convertible starts at $43,640, as tested $56,530 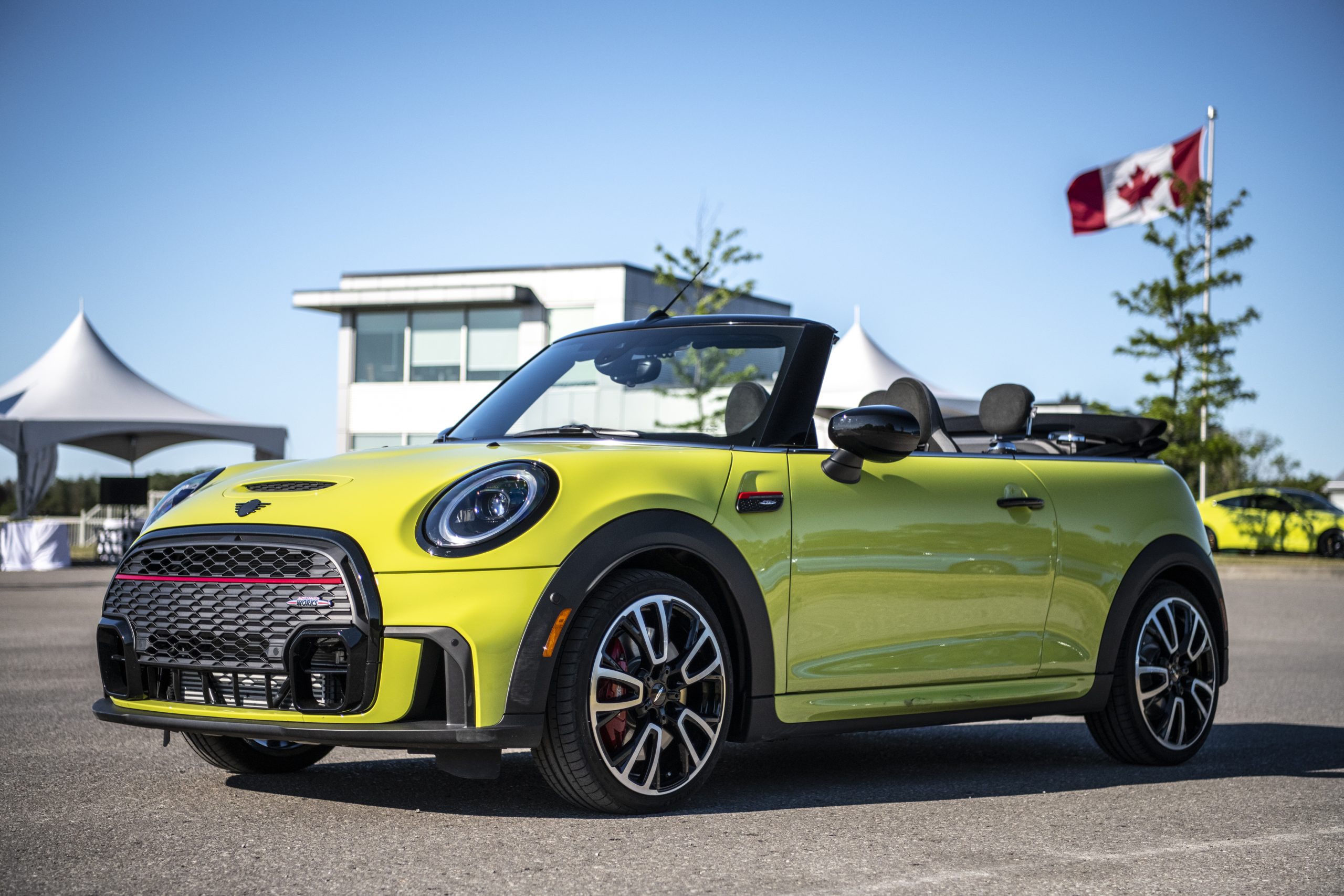 At last year’s showcase, (https://www.wheels.ca/news/bmws-new-model-showcase-includes-several-worthy-first-drives/) BMW teased us with a first glimpse of the 2021 M440i cabriolet – this year we got to drive it. Like the coupe, the 4-series convertible returns bearing the controversial new nose design. Like a set of vertically stretched, oversized nostrils, the convertible’s is somewhat softer and less pugnacious than the coupe’s.  The consolation is, that behind the wheel you forget all about it.

While aesthetically I prefer the lines of a coupe, the M440i ($72,750 – $87,450 as driven) makes a compelling case for open-air cruising. The raked back windshield and raised windows create a calm buffer zone even at speed, and the warm sun illuminates the swanky white leather upholstery. 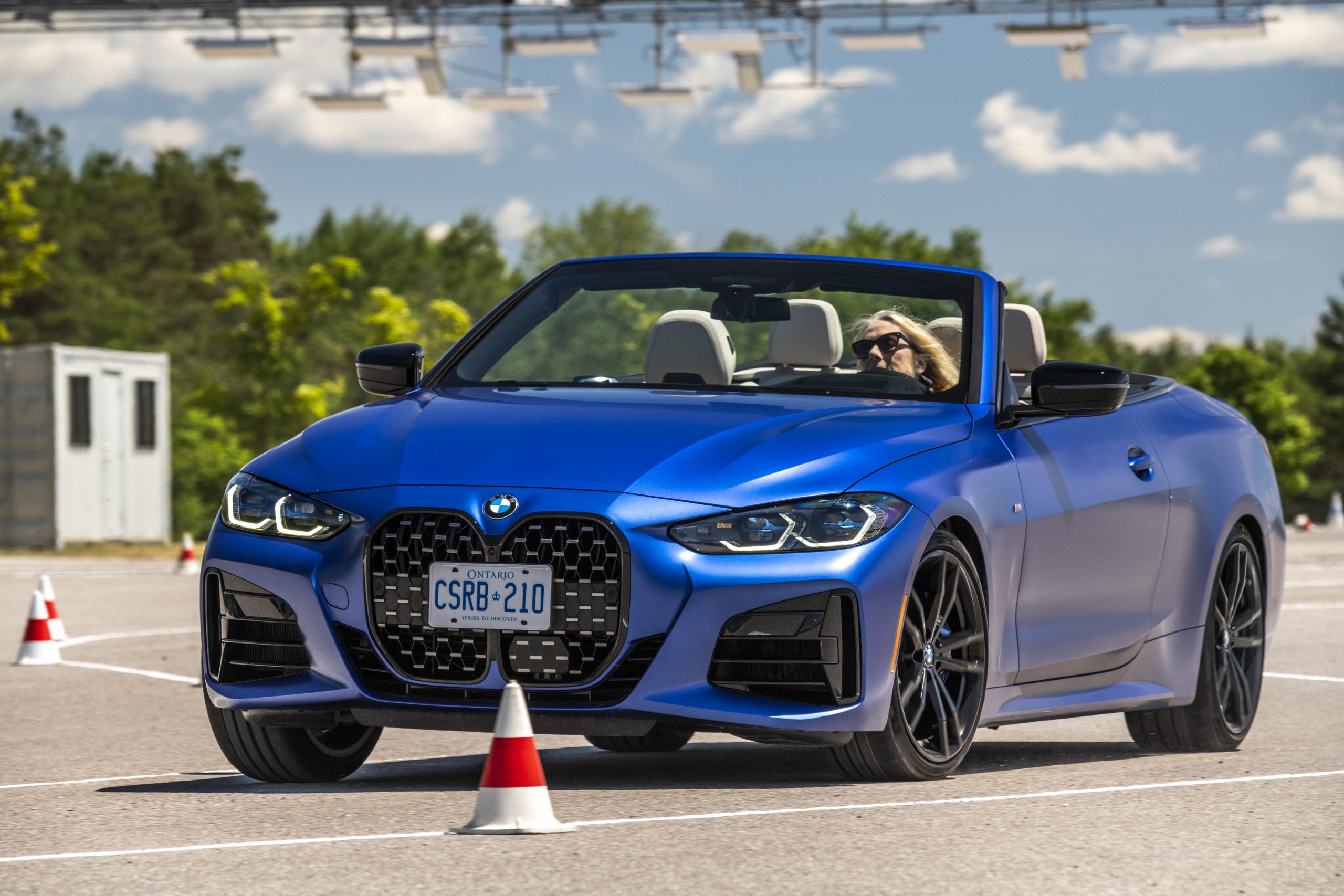 As with the coupe, the convertible 4-series shares the same wheelbase as the 3 series sedan, but it’s lower, longer and wider. The extra five inches in length means that it gains a now very useful rear seat.

While the regular 430i convertible is powered by a 2.0 litre turbo-four cylinder with 255 horsepower, the M-badged variants receive an inline-six producing 382 hp and 369 pound-feet of torque mated to an eight-speed automatic transmission. Thusly equipped, the M440i can rip from 0-100 km/hr in 5 seconds – that’s quicker than the previously driven JCW Mini at twice its weight. Though quick and powerful with rich burbling exhaust note, the M440i is more canyon carving grand tourer than all-out performance car.  It’s available only with all-wheel-drive, and the larger engine adds extra weight to its nose.  throwing off its front-to-back weight balance. Buyers focused on a lithe and agile performance car would be happier with the lighter, rear-wheel-driven 430i. 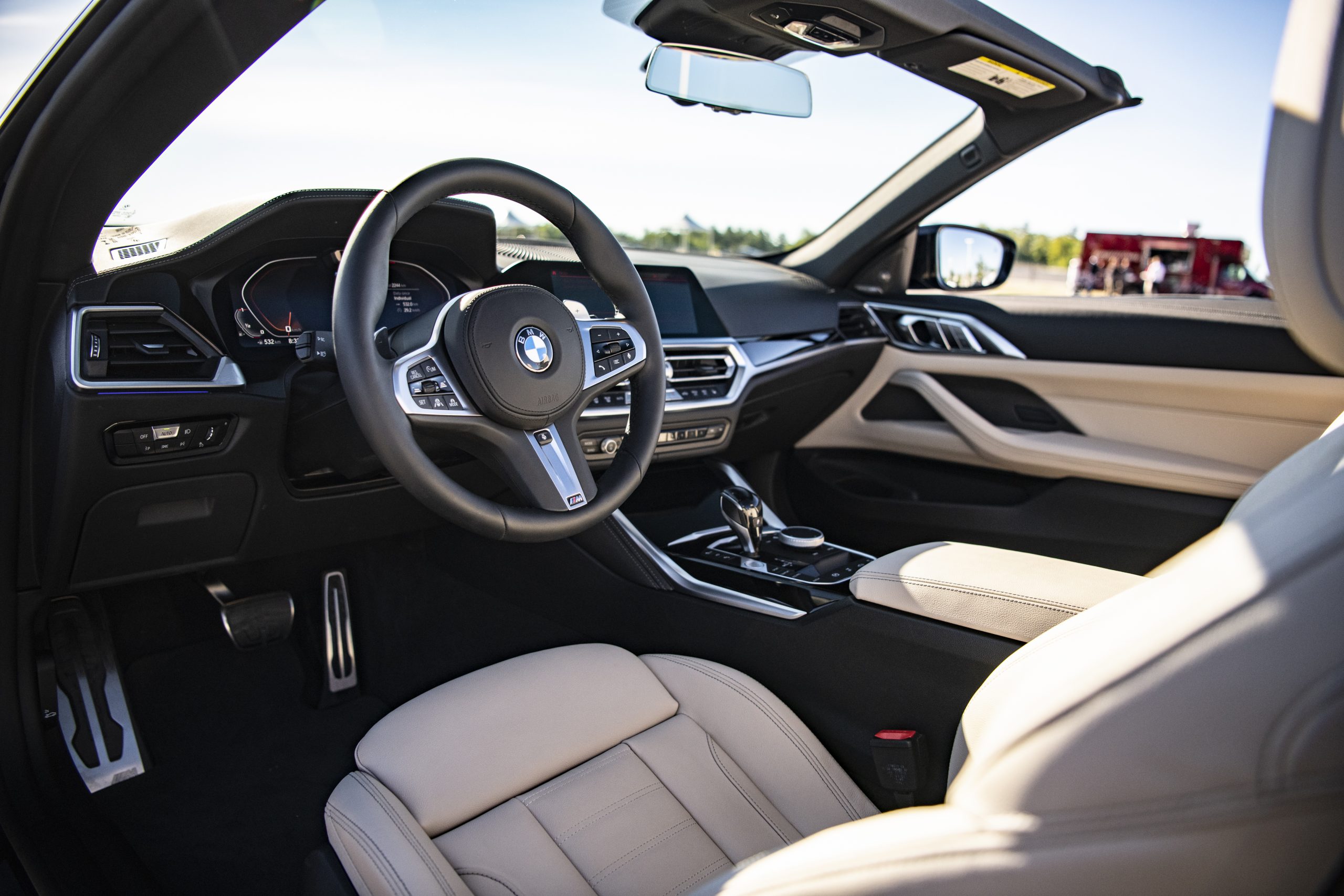 Toggle into Sport Plus mode, and the M440i launches with a great cackle of ferocious blatts. An M Sport electronically controlled limited slip differential and M Sport adaptive suspension help keep it flat and composed during quick turning maneovers . While the all-wheel drive adds an extra layer of sure-footed stability, it requires finesse to toss it around a tight course – too heavy on the gas and the extra weight over the nose will induce understeer. Fortunately, the electronic stability system intervenes and the M440i quickly regains composure.

The Adaptive M Suspension system, with continuous damping at each wheel, and a 48-volt generator that provides extra boost to smooth out turbo lag help give the M440i an exceptionally creamy ride. Convertibles were traditionally notorious for shake and vibration, but the M440i glides serenely over rough pavement, and the cabin is relatively unaffected by buffeting winds. 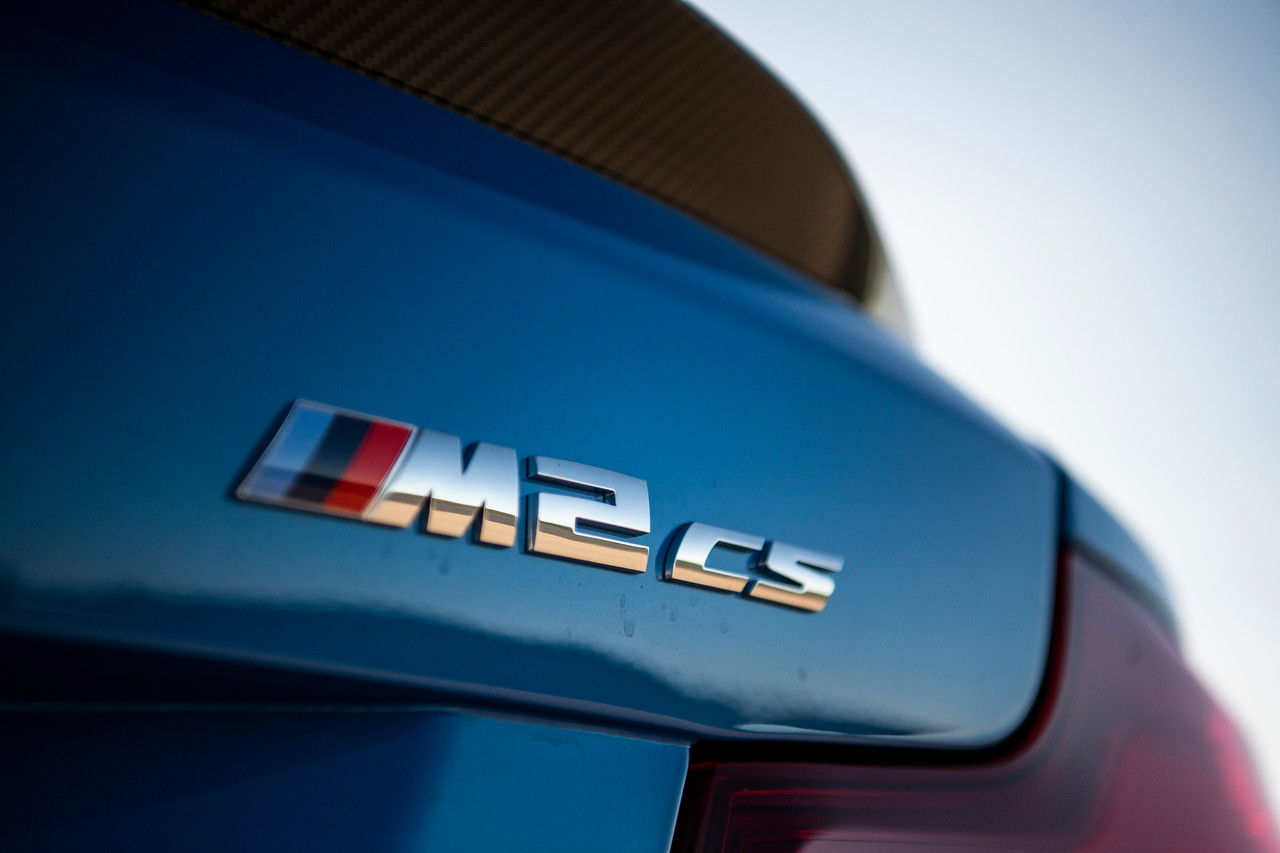 The day finished up with a track session behind the wheel of what for me was the highlight: the 2021 BMW M2 CS.

We’ve already done an in-depth review of this car, but it was my first chance to track what is surely the pinnacle of BMW’s production car performance: the Competition Sport badged version of the M2 coupe. The M2 CS pays homage to BMW’s halcyon days of lightweight, agile cars that valued driver engagement above all else. A sublime six-speed short shifter, adaptive suspension tuned on the Nürburgring, and perfect lightweight balance make this $97,750 CS the sort of pure driving experience that’s become a rarity these days. 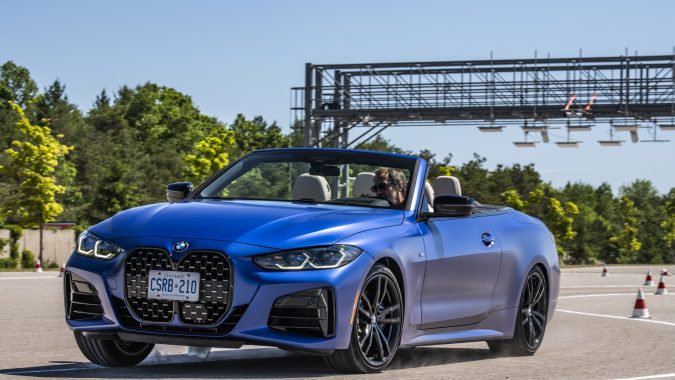 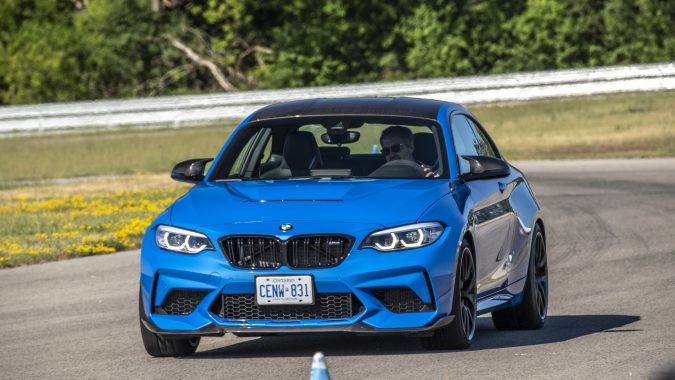 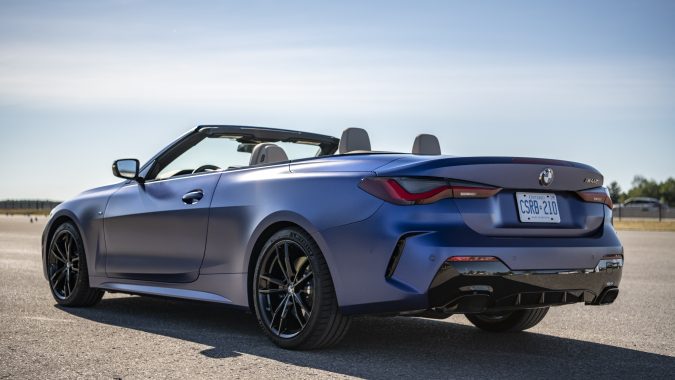