The first time I laid eyes on Mackenzie (Mac) Clark, I thought I was looking at Greg Moore.

Moore was a rising young Canadian racing driver with talent, charisma and ambition. He’d been signed by none other than Roger Penske to start driving for him in 2000. Unfortunately, Moore passed away on Oct. 31, 1999.

Clark is a 17-year-old tearing up tracks in both Canada and the United States, not to forget Italy, in go-karts and formula cars.

Physically, Clark and Moore almost look alike. But it’s the glasses that really do it. Round, with the lenses inside a dark frame (although Mac’s aren’t quite as round). I asked him about the similarities.

“I’ve heard about the Greg Moore thing before,” he was saying the other day on the phone. “I didn’t think much about it but then some friends mentioned it and I looked at some pictures (of Moore) and I said, ‘Yes, there is some resemblance.’”

But other than that, Clark is keen to make everybody forget about Moore, or any other driver, for that matter, and to concentrate just on him.

That might not be too hard to do. Take his 2020 record, when he won the Canadian Formula 1600 championship. When he won that F1600 title, he became the youngest driver to do it, beating Paul Tracy’s record by four months that “the Thrill” set in 1985. 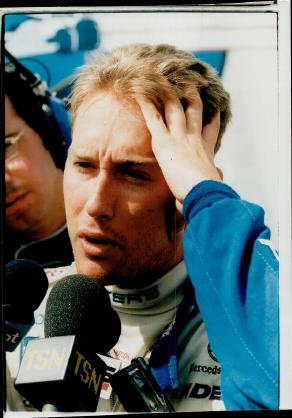 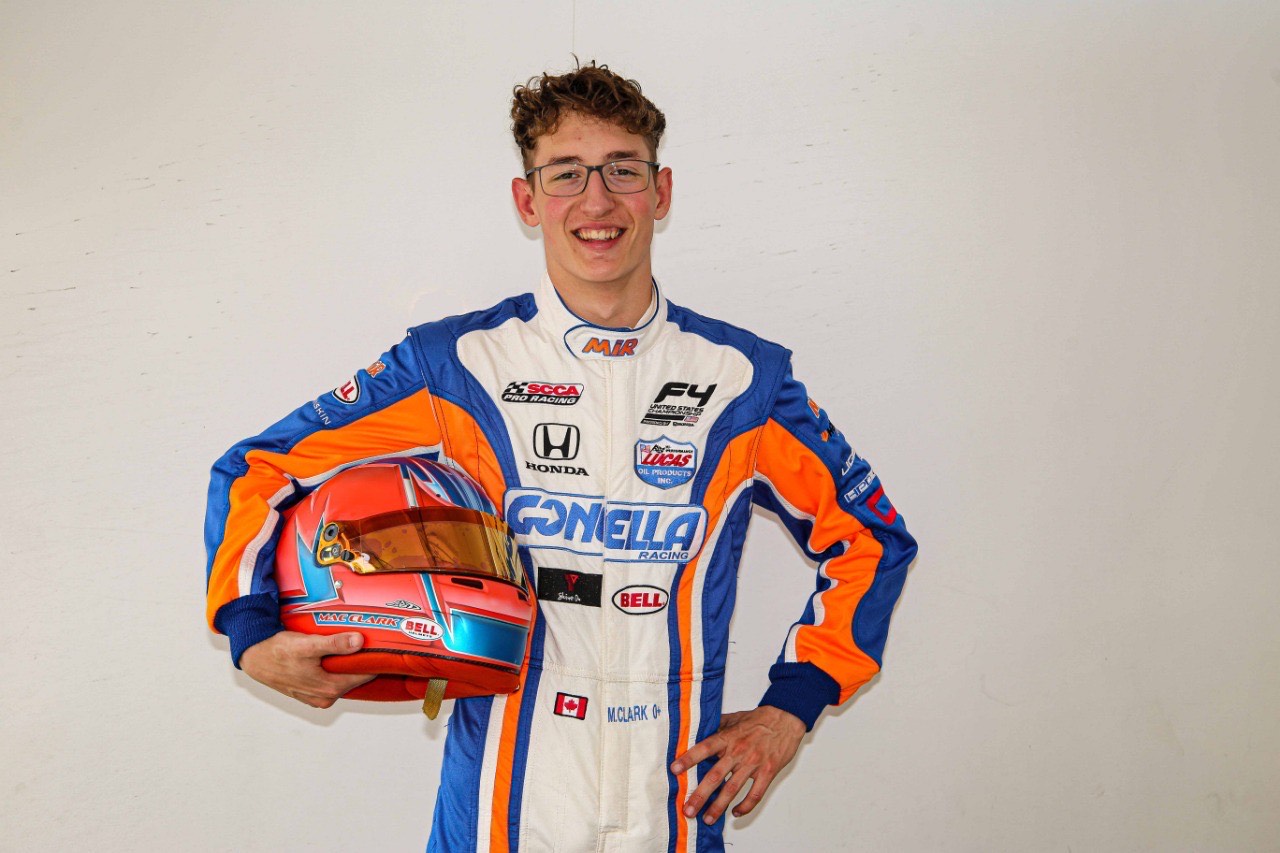 Clark ran 22 races in Ontario, Quebec and the United States. He won 18 of them, was on the podium two other times and didn’t finish the final two because of mechanical failure.

This year, he’s racing in the Formula 4 United States Championship Powered by Honda. Clark sits second in the championship at the halfway mark (three races per weekend at six circuits).

So how did all this start? How did a 17-year-old turn so many heads while still so young?

Mac Clark is the son of Canadian karting champion Stuart Clark and his wife Michelle. He lives with his parents, younger brother Brodie and a cat, Louie, in the family home just outside Milton, Ont.

“Louie got his name as a compromise between Lewis Hamilton and Louis Vuitton, for my mom, who’s into fashion,” he explained with a laugh.

Mac just finished his junior year at Milton District High School and is looking forward to his senior year, which will be “intimidating but also exciting. My dad made me promise when I was just starting out (in karting) that I would get an education so I would have something to fall back on. I’m interested in motorsport engineering, so whatever I wind up doing I will still be near the industry.”

Mac said that his interest in racing was a slow evolution. “I wasn’t really interested when I was a child,” he said. “But then I started watching Formula One with my dad on Sunday mornings and got more and more into it. Watching those guys fight it out on the track sparked something inside of me, so I asked my dad if I could try go-karting. After convincing my mother that it was okay, I had my first outing when I was 10 and I’ve been in love with the sport ever since.”

Like so many others, Clark started competing at the Waterloo Regional Kart Club and “fooling around” with his father at Flamboro Speedway on Saturdays and Sundays. Starting at age 11, he went to his first national karting competition and over the next five years he raced at home and abroad and started winning championships.

“It was amazing,” he said, “to see all the spectators come out to watch Formula Ford racing…to not have that (in 2020, because of the pandemic) was strange. Definitely an adjustment. I really like meeting new people and hanging out, Hopefully, that will return this year. “

His big year last year, when there were no spectators or media allowed, was done with David Clubine’s Britain West Motorsports team.

And now the challenge is the U.S. F4.

“It was the only series we could afford for me to go in and continue developing as a driver. After this, if we have the money, I would like to get into the Road to Indy Series and work my way up to IndyCar.”

And that, of course, is the rub. Money. To that end, Clark has contracted with several companies to find some for him. The management of one includes fellow Canadian James Hinchcliffe, who said: “The first thing that draws your attention to Mac is his results,” Hinch said. “The speed is obvious. Canadian F1600 has always been a competitive series and a great barometer for talent, so witnessing what he did last year shows he is something special.

“I fully believe that with the right opportunity, we will see Mac in an IndyCar one day.”