Closer but still far away

I’ll be honest, when car manufacturers talk about ‘future mobility’ I tend to zone out a bit. Suddenly, I’m more easily distracted. Did my phone just make a noise? I’d better check.

Don’t get me wrong, some of the ideas at play regarding future mobility – democratization of advanced technology, reducing congestion and accidents – are quite interesting, but even in 2021, they feel distant even as the horizon inches closer.

What got me thinking about future mobility again is GM’s YouTube channel, which covered the company’s announcements at the Consumer Electronics Show (CES) in Las Vegas last month.

As I scrolled through the videos, I stopped on CEO Mary Barra’s almost hour-long keynote address. The speech covered a variety of topics including GM’s much-publicized electrification plans, along with updates from each constituent brand about the many exciting products in the pipeline, some of which were shown only in fuzzy silhouette.

Pretty general stuff, but then I got to future mobility part crammed into the last few minutes of the speech. In this section, Barra mentions Cruise, a name with which I was only vaguely familiar.

Cruise is a San Francisco-based start-up that has been working on driverless car tech since its founding in 2013. GM bought Cruise in 2016, about nine months after the latter had acquired a permit from the California Department of Motor Vehicles to begin self-driving testing in June 2015.

Over the past five years, Cruise has logged more than two million miles of testing on its fleet of roughly 150 Chevy Bolt EVs on the streets of San Francisco, and last October, the state issued a permit allowing backup human drivers to be removed from Cruise’s self-driving cars. Driver-less testing is ongoing. 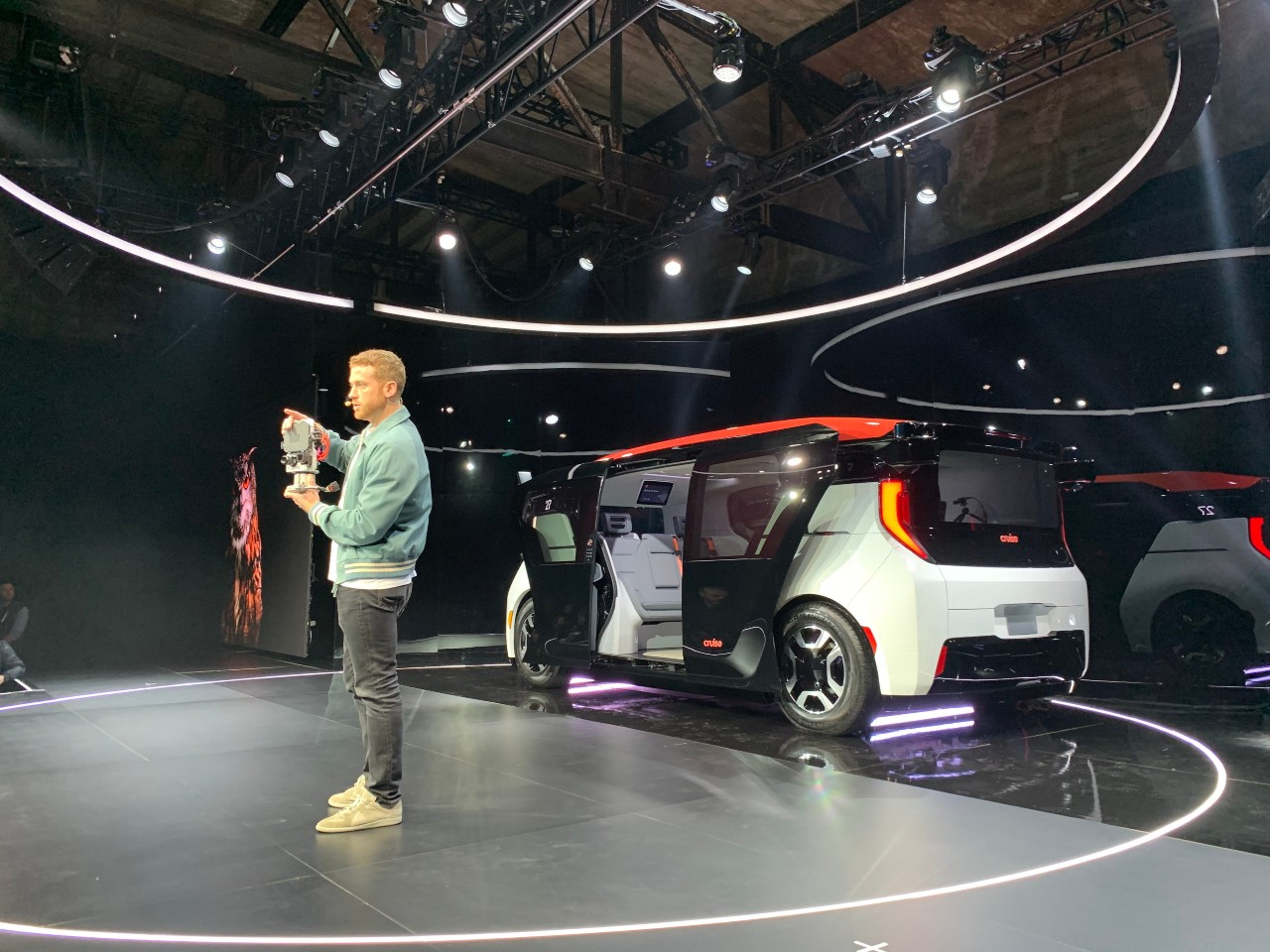 In the video, Cruise co-founder Kyle Vogt talked about food delivery partnerships the company has started in San Francisco, along with a Wal-Mart pilot project to deliver orders in Scottsdale, Arizona. He said the company will be more visible in 2021, as Cruise Origin begins to ramp up. He wants to see these vehicles spread far beyond San Francisco to other parts of the U.S. and, presumably, the world.

So far, however, Cruise doesn’t offer ride sharing services to the public. When it will do so is unclear. Waymo, the self-driving car division of Google parent company Alphabet Inc., in conjunction with Stellantis (formerly FCA), offers robo taxi service to U.S. customers, but only in Phoenix, Arizona. Ford, Nissan, Volkswagen and many others are also working on autonomous vehicle programs.

As for us here in Canada, well, it seems like self-driving cars accessible to the public remain distant. Ontario is the only Canadian province where, under strict conditions, self-driving cars can be tested on public roads. The manufacturers will undoubtedly want to sell autonomous vehicles here once the technology is fully validated and legal, but when that will be is truly anyone’s guess.

Whenever that day arrives, it’ll probably catch me by surprise. A driver-less Cruise Origin whooshes past… delivering packages for Amazon.