OPINION: Media has Distorted Our View of What a "Good Car" is

We’re beginning to lose the thread on what makes a great car. And yes, I blame the Internet

The online community of auto enthusiasts preoccupies itself with arbitrary horsepower numbers, lap times on race tracks they’ll never visit, quarter-mile times on prepped surfaces they’ll never experience, and the lack of a gap between a tire’s tread and a car’s wheel well.

There’s an argument to be made that this YouTube comment section mob is what’s driving innovation and ultimately forcing car companies to put out a better product. There may be some truth to that, but the byproduct is a shifting perception in what a car must have to be “good.” 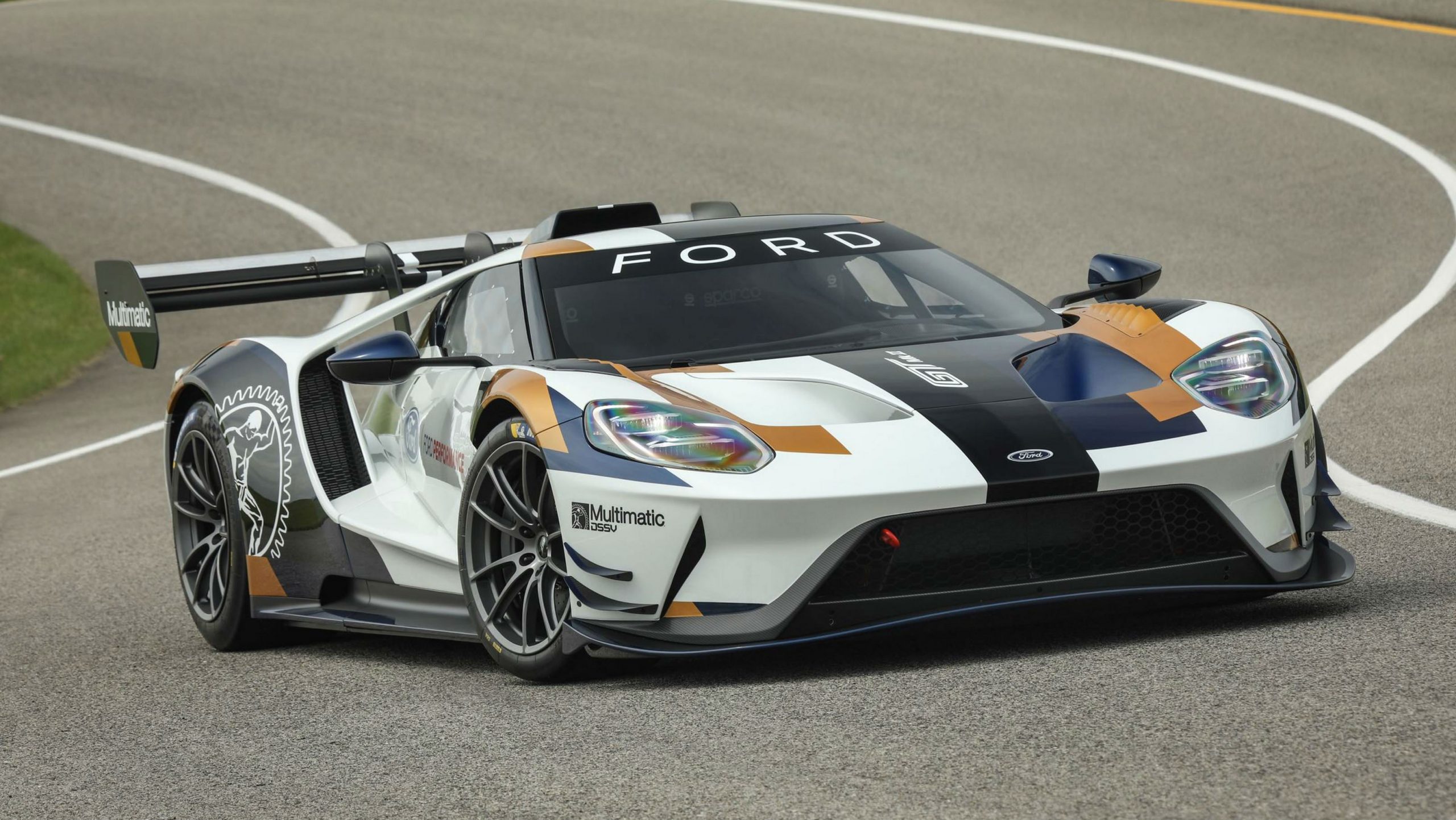 We’re now measuring the merit of a car based on the standards of a generation who grew up watching videos of some of the brashest (albeit entertaining) car journalists, playing video games like Gran Turismo and watching movies like The Fast and the Furious.

And so they now judge cars based on their test track numbers, how they feel through a Playstation controller and what sort of cultural “clout” they bring.

They’re focused on lap times. Not driving feel. Dyno numbers. Not fun factors. Race car-like attributes. Not everyday livability. An overabundance of features. Not simplicity. Flash and swagger. Not style and art.

Having a wide selection of striking and performance-oriented cars is great. But manufacturers having to constantly make cars even wilder, technically capable and powerful in order to pacify a comment section made up of users too young to get their driver’s license presents a series of problems.

Car prices, for one.

Cars are becoming more expensive, even when you factor in inflation. Sure, material qualities are far beyond where they were 10 years ago on most cars and the technology has also progressed accordingly.

But… what was so wrong with cutting a few corners to save a few bucks? Do you really need everything to be suede and soft-to-the-touch? God forbid a YouTube influencer comments on the inferior quality of the centre console on your Chevrolet Camaro; instantly turning into a 17th-century Danish prince at the sight of hard plastic — “My delicate palms? Forced to interact with a surface so harsh? In a muscle car?”

Do you really care about hard plastics on the inside of your door? You never even look at your door. You barely touch it. And you never knew those hard plastics were there until you watched Top Gear.

Also, I have never, ever, wondered what the air-intake temperature was in my daily driver or even weekend warrior. What are you doing with that information? Nothing. Why do sports cars now possess the ability to feed you that information? Because too many people watch videos of cars being dyno-tuned on YouTube. 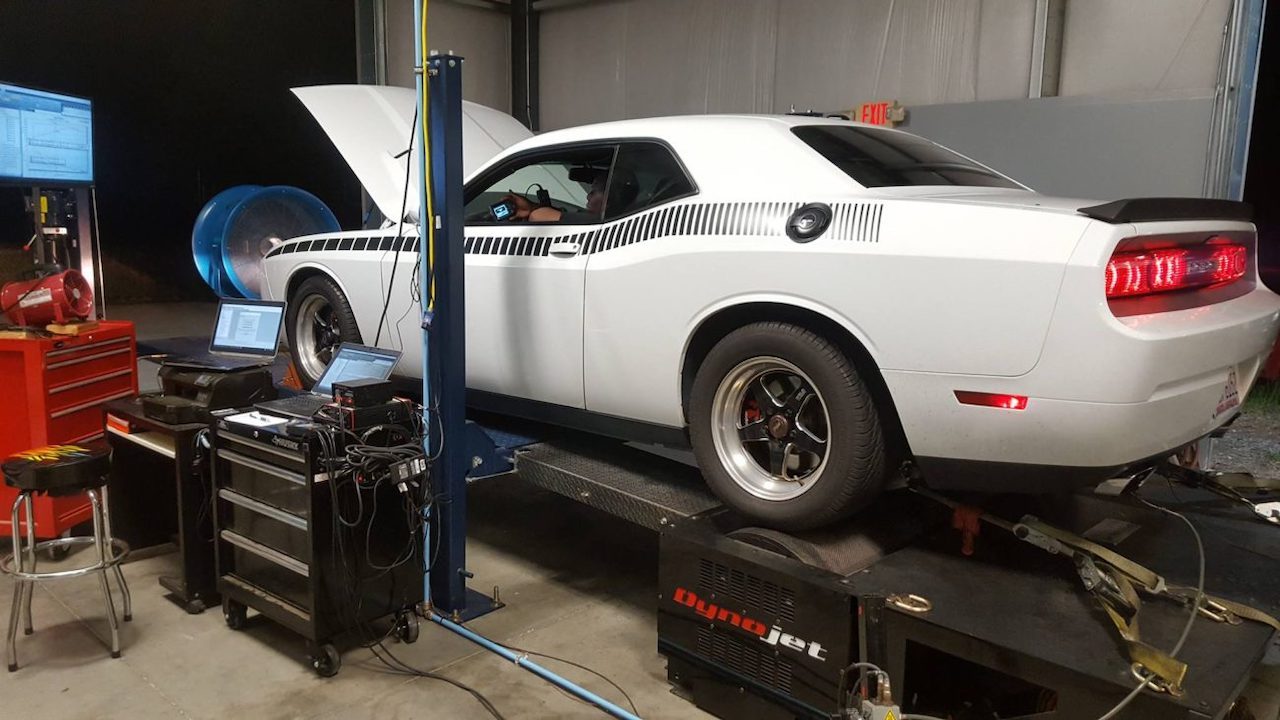 Those are unnecessary and costly additions to most cars.

What happened between now and then? The Mustang got a new platform, a hugely upgraded interior, modern conveniences, independent rear suspension, and a more sophisticated DOHC engine. Translation; more moving parts. Mostly done in an effort to win over the Internet generation who grew up watching Jeremey Clarkson poke fun at the Mustang in Top Gear YouTube clips and who decided they would enhance their clout by adopting his opinion.

Sure, some of those things are simply updating the Mustang for a new generation. And a lot of it is welcome… but does it need 460 horsepower? Does it need to reasonably compete with a BMW M3? A car that costs twice as much? A lot of the charm of the Mustang was that it was cheap and cheerful—proudly blue-collar, not blue blood. Part of the fun when driving it on a road (and not a race track) was that it didn’t handle great. You had to be awake. Some of its appeal also came from the bargain bin interior. It felt spartan, and special as a result.

And for the record, the Mustang GT was plenty of fun and plenty fast with only 412 horsepower. Hell, it was fine with 300 horsepower… because the handling was worse. The old S197 really felt unique compared to anything else on the road, even at low speeds. An S550 feels like driving any big, V-8 grand tourer, even flat out.

Don’t get me wrong, I love the new S550 Mustang, and it really is an achievement. It’s almost certainly my next car purchase. But it’s hard to compare it directly to the S197 and admit that some of the magic hasn’t been lost in order to appease a group of Hoonigan t-shirt wearing, Monster energy drink slugging “car enthusiasts” that are more interested in their old 240SX with a rotted frame and no engine anyway. Don’t worry, it’ll be a drift car “one day”. 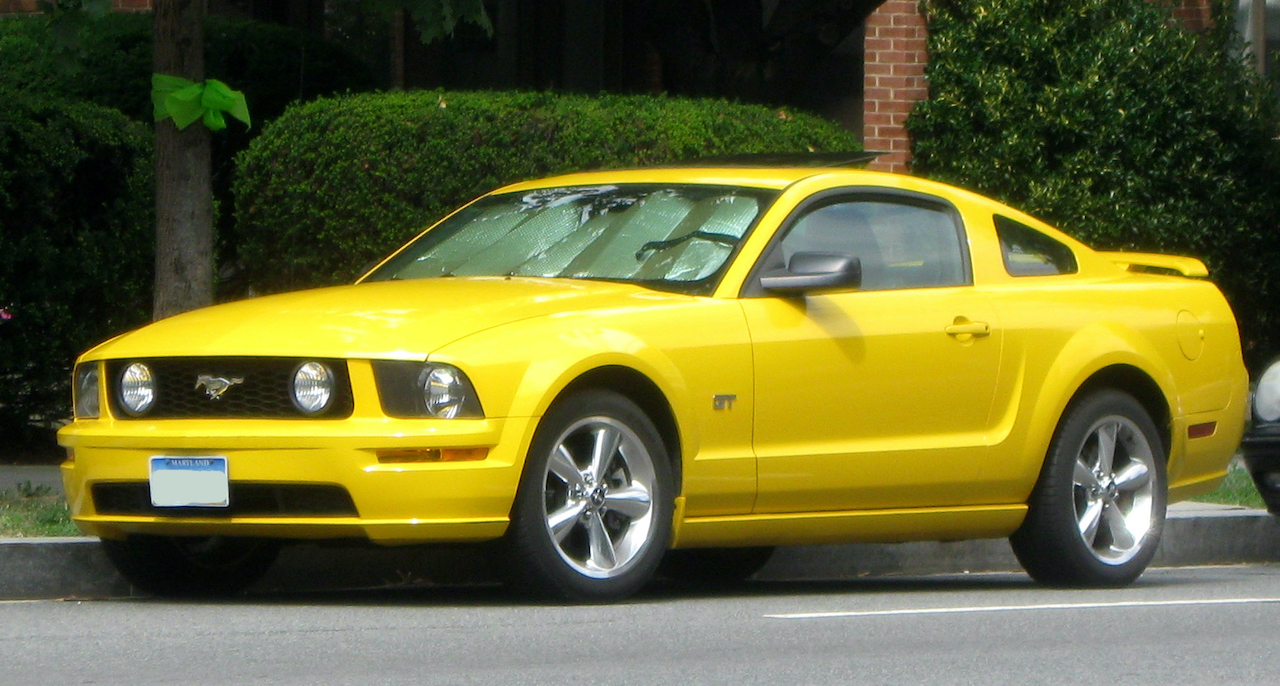 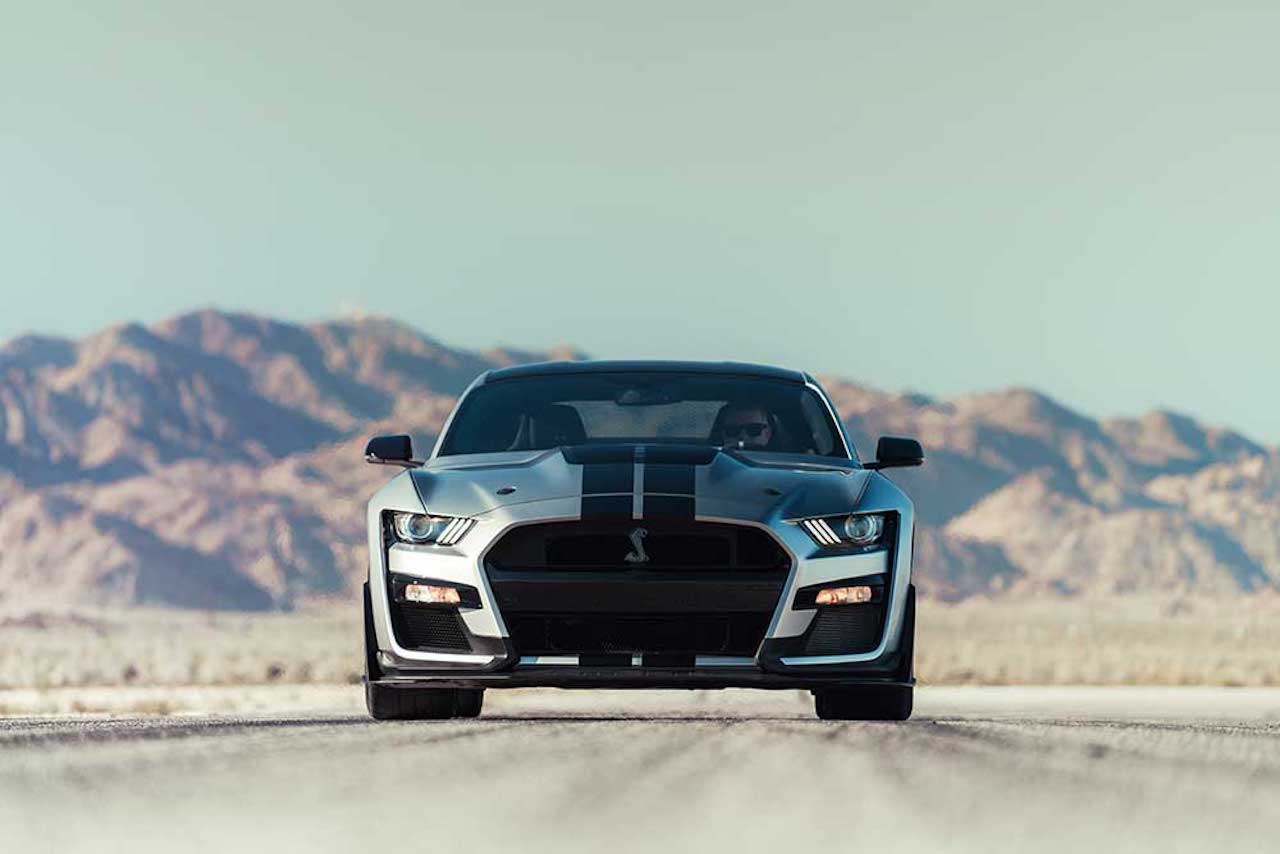 Some of it is functional, sure. But that speaks back to all that unnecessary sportiness. Cars like the GT500 Carbon Track Pack, GT-R Nismo, C7 Corvette ZL1, and BMW M3 GTS are… kind of ugly. Certainly, they’re less good-looking than they’re non-track focused “base models.” More track-capable? Sure. But they make you look like you’re one of the racers who gets smoked by Dominic Torreto in the opening race of a “Fast” movie.

A designer—a trained and disciplined artist, spent an ungodly amount of time crafting the silhouette of a car to perfection… but because it’s only good if it laps Laguna Seca faster than the last car to lap Laguna Seca, we need to staple wings and canards all over it.

Giant wings are juvenile on street cars. They’re acceptable when you’re 17-years-old and blowing your entire Pizza Hutt paycheque to duct tape one on the back of your Jetta, but for the rest of us, they’re making us look like we don’t know how to tie our shoes.

Everything is becoming unnecessarily lower, stiffer and more powerful. These are good things if you’ll be hitting the Nurburgring this weekend. Not so much for taking a drive on public roads.

Even crossovers are having to offer more sport-focused options. For the record, we don’t need an “ST” model of the new Ford Edge because the Internet really liked the Focus ST. Who are you drag racing in your Ford Edge? What road course do you plan on taking it to? Crossovers are for comfortably lumbering around children, a dog, and some hockey equipment with as little stress on your body as possible. They’re not for blistering through corners in bolstered racing seats. 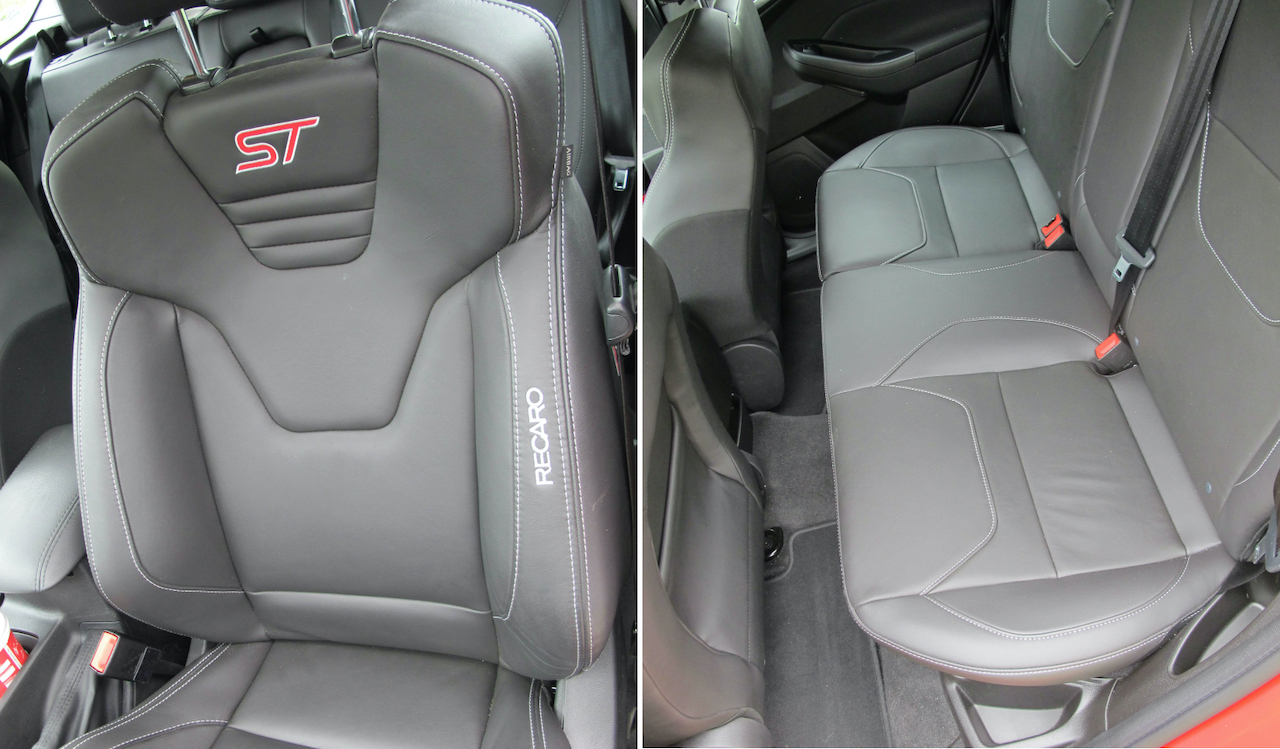 Not every car needs lowered sports suspension. Do you know why cars come “monster trucked” (aka with reasonable ground clearance) from the factory? Because North America is one giant pothole and nobody’s spine is built to withstand the sort of punishment that happens when you drive a car with that kind of hunkered down, the super-stiff suspension on “normal” roads. 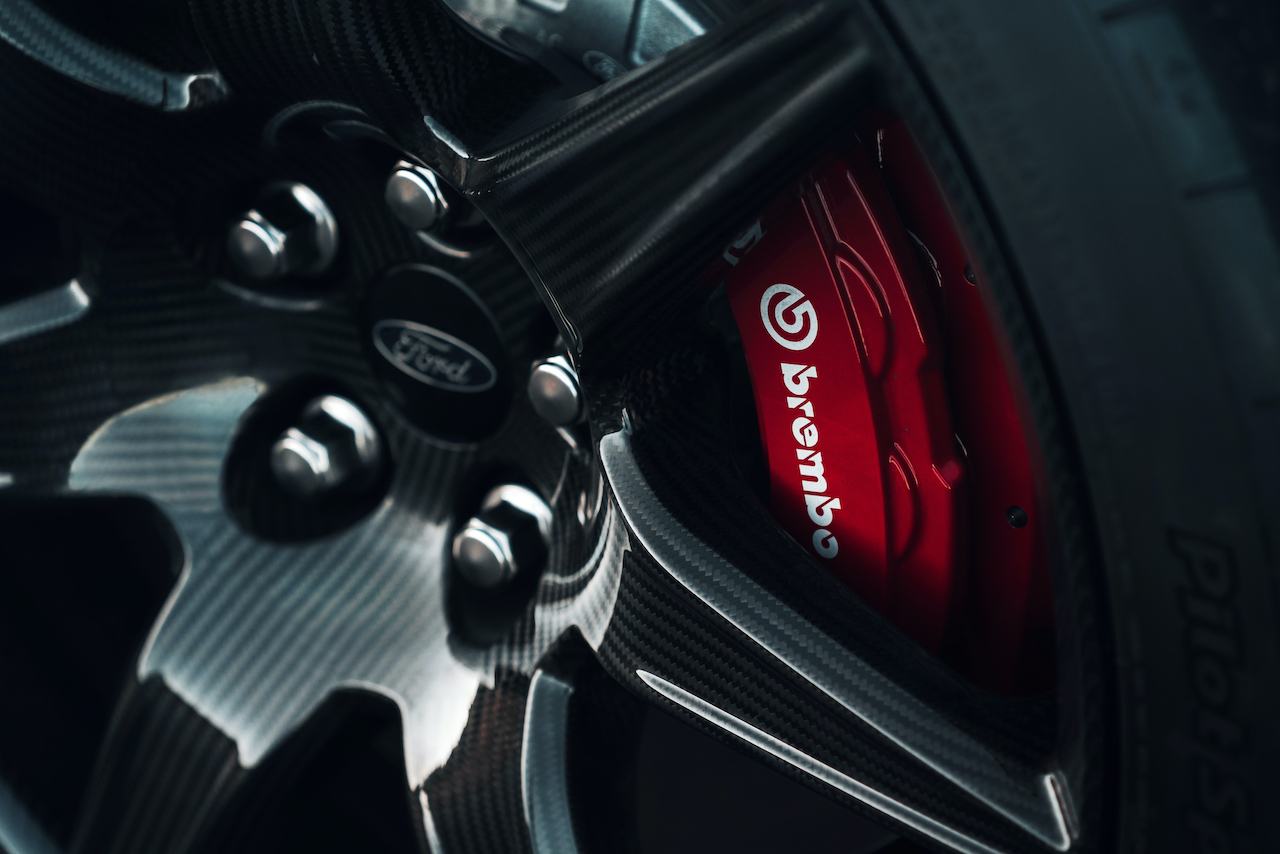 But perhaps the most troublesome of pervasive “sporty” features are racing bucket seats. Again, this is a feature that’s only necessary on a track. Saving a few pounds and looking like a phony racecar driver is absolutely not worth putting your body through such harm. Seriously, driving on normal roads with racing seats is like being put in a paint-can shaker. It’s not worth it just because the seats say “Recaro” on them.

Hot hatches like the Ford Focus RS, VW Golf R and Honda Civic Type R are all spoiled by their sport seats — turning a fun car you can use every day into something you need to take frequent stretch/spine alignment breaks from.

Then, there’s the current horsepower war—which seems to have no end in sight. We’re in a place where Dodge and Ford now essentially offer 800 horsepower cars for sale to… anyone. The question is, why?

Is it cool and interesting that they make those cars? Sure. But what was wrong with their 500 horsepower variants? What would have been the crime in stopping there? Certainly, it’s more than enough horsepower to use and enjoy on the street. Those who wanted more would do what they’ve always done and have turned to the aftermarket.

At this point, you’re probably wondering what’s so wrong with making these cars faster and faster. For starters, they’re not really much faster in such a significant way as to enhance the experience on normal roads.

Take the Nissan GT-R. Since its introduction, the GT-R slowly jumped from 480 horsepower to an available 600 horsepower. But what was the point? The car was already a record-setter and accelerated like the hyperspace button on the Millenium Falcon. On paper, the car is about half a second quicker to 60 mph than it was in 2008. But there is absolutely no way the average driver is going to feel that. Especially since that 0 – 60 time was only 3.4 seconds in 2008. Go ahead, just try to count to 0.5. Half a “tick” of a clock. It’s only that much quicker.

But okay, no harm no foul, right? So what if a car is faster if only really on paper?

The real problem is that this obsession with shaving off fractions of a second from 0 – 60 times and making cars faster for the track is what’s killing your much beloved manual transmission. If we accept that cars have to be faster and faster no matter what, manufacturers will do the obvious thing and remove the chance for human error.

It shouldn’t be about being faster just for the sake of it. It should be about having more fun. That’s what we should be obsessed with; joy. Not math.

So what do we get when we ignore the Internet?

The Toyota Supra, that’s what.

And if you’re bemoaning that statement then you’re missing the point entirely.

The new Supra doesn’t come with an insane amount of horsepower. It cut costs by using an abundance of BMW parts. Its body lines are beautiful and striking without the use of giant wings or canards. It has normal seats. As of yet, there isn’t some crazy, hopped up track version either. Toyota has left it to the aftermarket. In fact, they’re more interested in bringing to market a slower, more affordable version.

Toyota didn’t care that the Internet would throw a hissy fit when they discovered that the new Supra wasn’t some 2JZ-powered, Lambo- slaying tribute to Brian O’Connor. They were more interested in picking up where the old car left off—mostly ignoring its newly minted pop-culture clout.

The Toyota Supra has won awards like AJAC Performance Car of the Year, Germany’s prestigious Golden Steering Wheel award and Esquire’s Car of the Year. Because it’s focused on driving experience, livability, affordability, and style. Not horsepower, a race-bred options list, and swagger.

Toyota didn’t let the Internet get in the way of building a great car, and for that alone, I absolutely adore the Supra. It’s so very punk rock and inherently nonconformist. And so it’s very, very cool. It’s not here to please the masses who won’t buy one. It’s here to be great for the few who do.

But feelings aside, the Supra is proof that making a great car goes beyond the numbers, beyond movie and video game fantasies and turns a blind eye to the criticism of the comment section.