Nothing like a trip to Daytona to rekindle old feelings

Lately, I’ve been thinking about my relationship with motorsports. It’s mostly a past-tense sort of thing; but a more recent experience helped stir the embers.

From 2007 through 2009, I worked at Canadian Tire Motorsport Park (CTMP) when it was still officially called Mosport International Raceway. I worked in media relations and promotions, which was a jack-of-all-trades sort of job. I wrote press releases, pitched media for coverage of big events, worked booths at trade shows, and ran podium celebrations on race weekends, among many other duties. I also tried my hand, with limited success, at Wi-Fi tech support.

Mosport was my gateway into racing, and before long it became a real passion. I began watching a lot of racing on television and started going to races on my own time. Watkins Glen, Mid-Ohio, Belle Isle, the Indianapolis 500, and the Canadian F1 Grand Prix were all checked off my list in relatively short order.

As the 2010s wore on, however, I drifted away from racing. I changed jobs and started writing about cars and the car industry, and by 2012 I wasn’t doing much else. Sure, I went to the Toronto Indy once a year and was a guest at the odd Nissan Micra Cup weekend at CTMP, but that was pretty much it.

By this point my racing adventures had been replaced with car industry press trips. I even stopped going to the Toronto Indy after 2014 and didn’t return until 2018, an experience I wrote about for Wheels.ca.

Since then, I haven’t really had a big motorsports experience until this past January, when I was invited to attend the Rolex 24 at Daytona as a guest of Audi Canada. And it stirred up some old feelings.

When I worked at Mosport, Audi was the dominant force in sports car racing. In the old American Le Mans Series (before the Grand-AM / ALMS merger that birthed the current IMSA series), their R10 TDI racers were all-conquering.

Audi won everywhere in those days. Le Mans, Sebring, Mosport – you name it, the four rings won there. To this day, the R10 TDI is one of the most awesome (and quietest) race cars I’ve ever witnessed. I used to watch it turn laps during practice sessions from the inside of corner 10, and feeling it whoosh by effortlessly was one of the coolest experiences I had during my time at Mosport.

These days, Audi is mostly focused on the pure electric Formula E series, where it runs a factory-backed team. But it also runs a customer racing program for its R8 LMS race car that competes in various global racing series, including IMSA, where it provides technical support for teams that run its cars.

In the Rolex 24 at the legendary Daytona International Speedway, the no. 88 Audi R8 LMS GT3 finished third in IMSA’s GT Daytona class. It was a great result for the WRT Speedstar team and its drivers, one of whom, Daniel Morad, hails from the Toronto area. I used to watch him race at Mosport too, but that’s another story.

For me, finally visiting Daytona, one of the world’s truly iconic racing facilities, was quite satisfying. It’s much larger than I imagined, but its hulking structure is fitting given that it’s the home of NASCAR, America’s biggest and most popular form of racing. If you’ve never been and you care about racing, you should go. It’s a true bucket list kind of place.

On a deeper level, the trip made me realize that I still have a lot of affection for motorsports, even if it’s not as prominent in my life as it once was. And that’s a pretty great feeling. 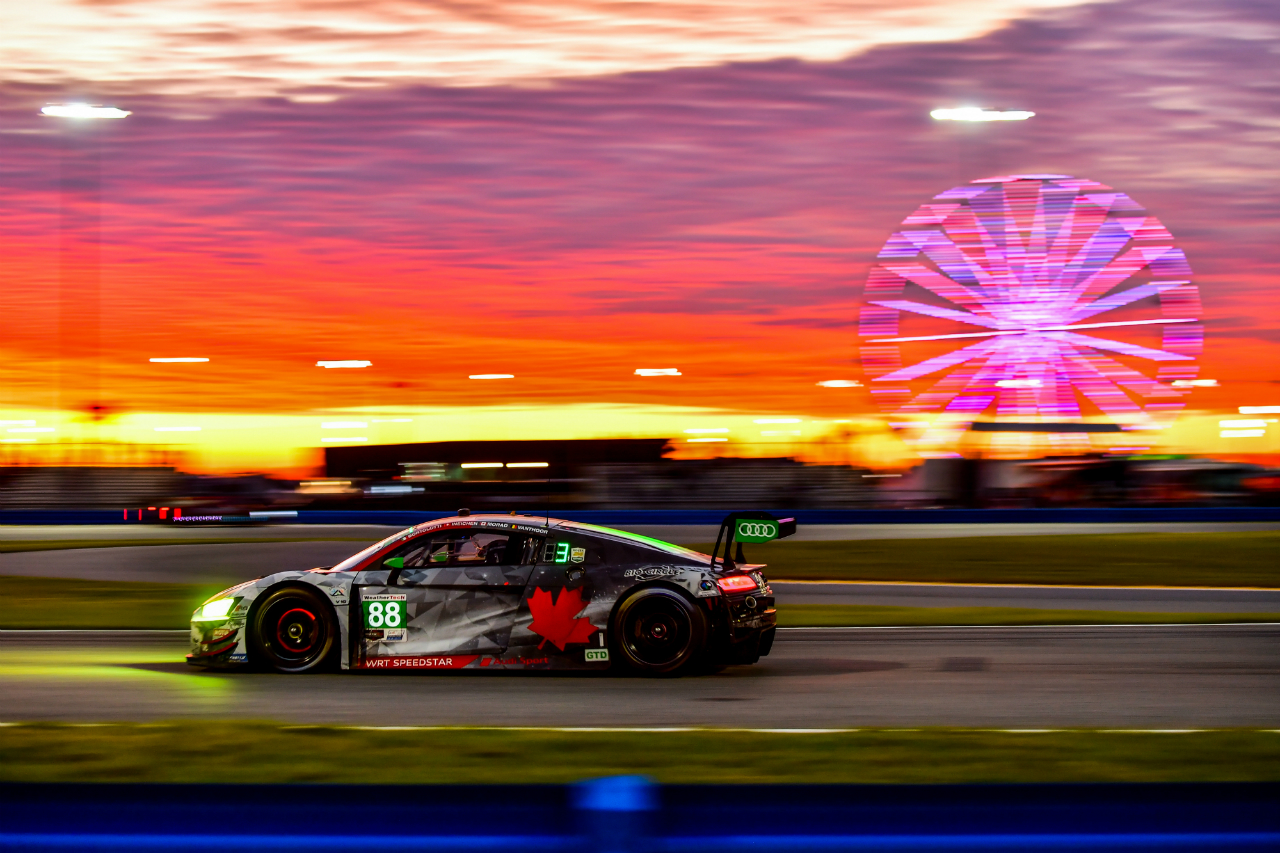