Opinion: Safer but still Distracted Behind the Wheel

The Honda Pilot Touring I drove recently comes standard with a list of alphabet soup advanced safety tech as long as your arm, and for the record I think it’s a good thing.

By now these acronyms are becoming increasingly familiar to new car shoppers, particularly when it comes to SUVs like the Pilot.

And of course, there’s the usual assortment of older safety tech such as airbags, anti-lock brakes, a rear-view camera and an advanced high-strength body structure. The Pilot Touring also comes with standard all-wheel drive and LED headlights.

Sounds pretty safe, right? It does to me.

But respondents to a recent survey conducted by Ad Hoc Research for Desjardins General Insurance Group appear somewhat torn regarding the presence of advanced safety technologies in our vehicles.

In its 2020 Road Safety Survey, which polled 3,104 Canadians aged 16 to 74, the survey’s researchers found that 69 per cent of the respondents said they trust vehicle safety technologies, but 46 per cent think we’ve become overly reliant on them; and 79 per cent think we need to be better educated on how they work.

Oh, and almost three quarters (72 per cent) said they don’t trust self-driving cars. I can’t be sure of how many were aware of a 2018 pedestrian fatality in Arizona caused by a self-driving vehicle being tested by Uber but given the news coverage the story generated it likely had some impact.

Despite these concerns, almost one third (32 per cent) of Canadians own vehicles with some safety tech. So, it’s not like we’re refusing to accept the presence of advanced technologies in our cars. We just need a better understanding of how it works. 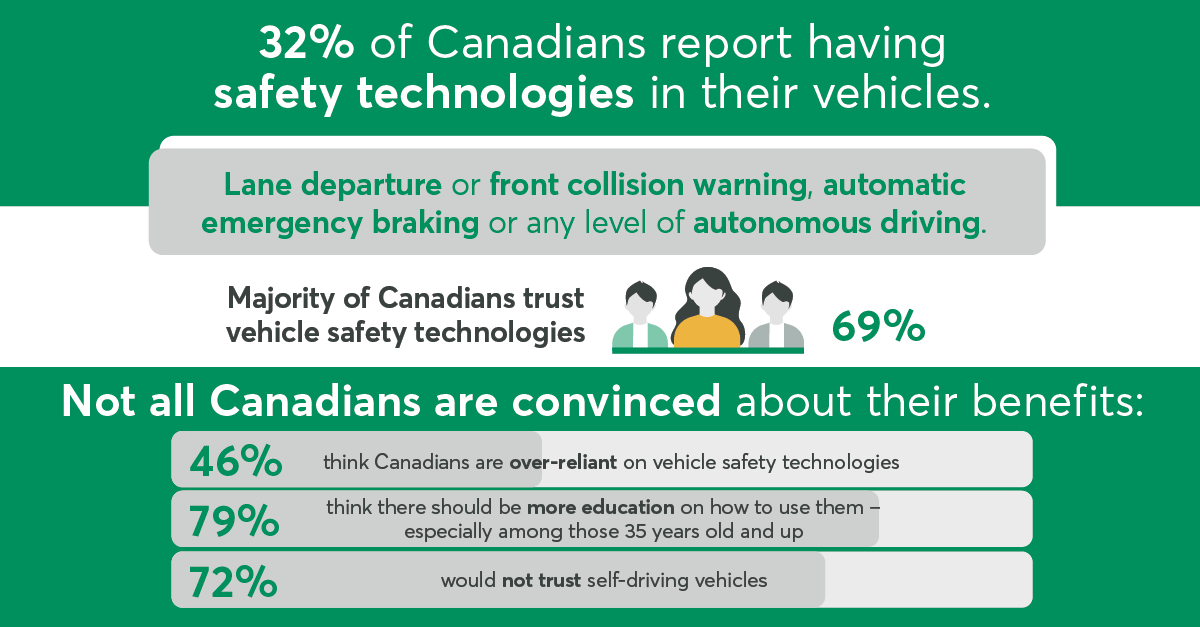 Another big focus of the survey is distracted driving, the scourge that continues to plague our roads despite police crackdowns and big fines. Unsurprisingly, the survey finds that cellphones are a big culprit, especially among younger drivers (ages 16-34). Sixty per cent of those surveyed in that age category admitted to driving while being distracted by a cellphone.

Strangely, among the top three factors that cause distracted driving, cellphone usage (48 per cent) ranks second in the survey after external environment (51 per cent). Changing console settings / infotainment systems (43 per cent) ranks third! I’ll have more to say on that one shortly. 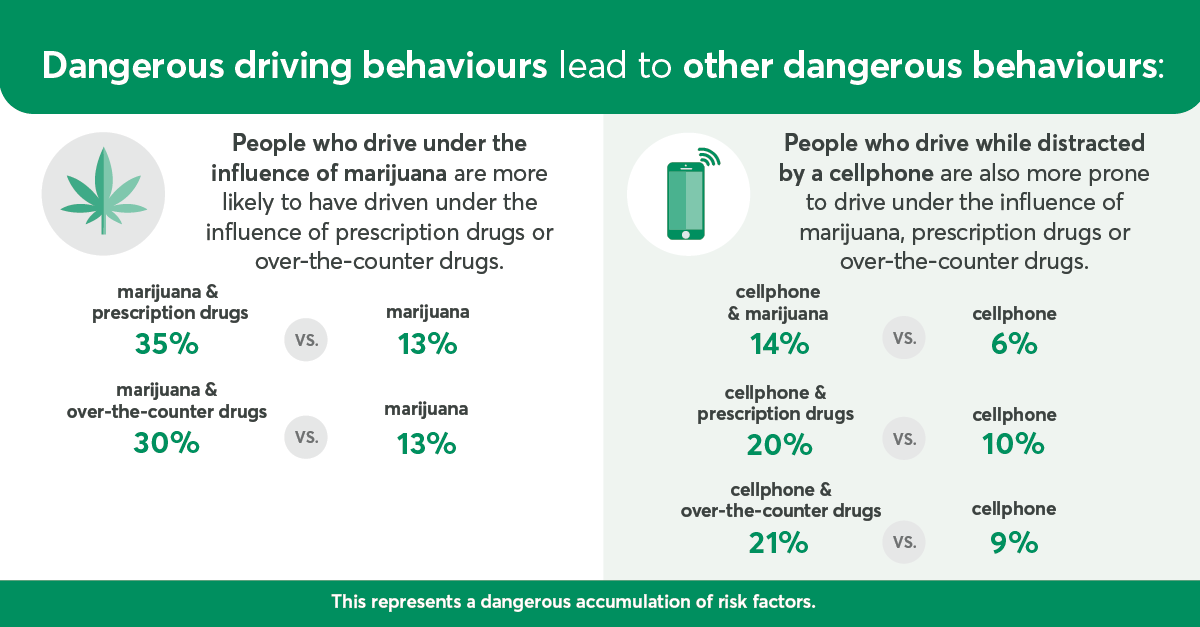 I thought daydreaming out the window or staring at surroundings for too long were less of an issue for motorists these days, but apparently not. People are still distracted by roadside traffic stops, other vehicles, and the general landscape.

Regarding changing console settings/infotainment systems, the Desjardins survey isn’t the only one to highlight issues associated with tech wizardry in new cars.

In late June, J.D. Power, the U.S. analytics and consumer research firm released is 34th annual Initial Quality Study for new vehicles. The long-running study measures and analyzes owner-reported problems during the first 90 days of ownership. For 2020, the study was redesigned to, “measure components that fail and features that are difficult to use, hard to understand or don’t work the way owners want.” (emphasis mine).

The last part is noteworthy because, among the brands that rank above the study average of 166 problems per 100 vehicles reported, only three are premium brands: Genesis, Lexus and Cadillac, in order from highest to lowest.

Dodge and Kia tied for first overall with a score of 136, while the bottom was dominated by premium brands: Jaguar, Mercedes-Benz, Volvo, Audi and Land Rover make up the bottom five in that order. Genesis (142) ranked first among premium brands for the fourth straight year.

“Premium brands generally equip their vehicles with more complex technology, which can cause problems for some owners,” J.D. Power said.

On a personal note, I drive and review a lot of these cars and I often say that the best thing to do when you first climb behind the wheel of a new car (especially a premium one) is to take 15 or so minutes to familiarize yourself with its technology.

Even basic stuff, such as the location of the odometer reset or how to put the car into park and drive is worth a dry run if you’re new to cars with lots of screens and electronic transmissions. Believe me when I say, it’s not as straightforward as it once was. Even I sometimes look things up in the owner’s manual.

And when it comes to scrolling through touchscreen menus for radio stations, adjusting climate controls (sometimes buried in a touchscreen), and setting a navigation waypoint, please ensure you know how it works before the car is moving.

Given the rapid advance of new technology, the results of the Desjardins and J.D. Power studies aren’t too surprising, but they are concerning. As someone who is immersed in advanced automotive tech daily, I sometimes lose sight of the fact that most Canadians aren’t.

Big, shiny touchscreens and blinking and beeping warning lights for blind spot incursions and an impending rear-ender aren’t a big deal to me, but when I think of the older cars being driven by my family members, I can appreciate how intimidating some of this technology must seem to them and for other Canadians in similar circumstances.

In the end, it will take more than a bunch of safety equipment acronyms and autonomous tech to make our roads safer. The manufacturers should continue to innovate, of course, and hopefully they will take the findings of Desjardins and J.D. Power to heart and make their vehicles less distracting and more user-friendly.

But we also need to do our part. We need to educate ourselves about the technology, make sure the cellphone is stored and not in our laps while we’re driving, and keep both hands on the wheel and our eyes on the road ahead.

After all, we are the ones behind the wheel.