Horacio Pagani, the founder of the company, brought the car to The Quail gathering during Monterey Car Week.

The latest from Italian hypercar crafter Pagani is a one-off for the birds. Or should we say one named for a bird. Not just any feathered friend, this Huayra Roadster is badged the Gyrfalcon. Named for the Arctic bird of prey that is the largest of all the falcons.

Pagani says that the special car is full of details that call to the bird that inspired it. It starts with the bianco benny white paint with blue danubio blue accents. The white and blue-grey colour scheme is said to recall the colours of the bird’s plumage. Only here it’s on carbon fibre and not lightweight feathers.

The yellow accent colours are taken from the falcon as well. A similar shade of yellow surrounds the beak and eyes of the Gyrfalcon as well as covering its feet. Pagani uses the yellow shade as an accent on the nose of the car, as well as the mirror stems. It also brings your eye to the front and rear vents, window sills, and door lines.

The yellow stripe on the pointed dark nose really does start to take on the appearance of a Gyrfalcon, especially from above. Climb inside and the gear shift lever holds a gold Gyrfalcon coin, which required an entirely new knob be designed. 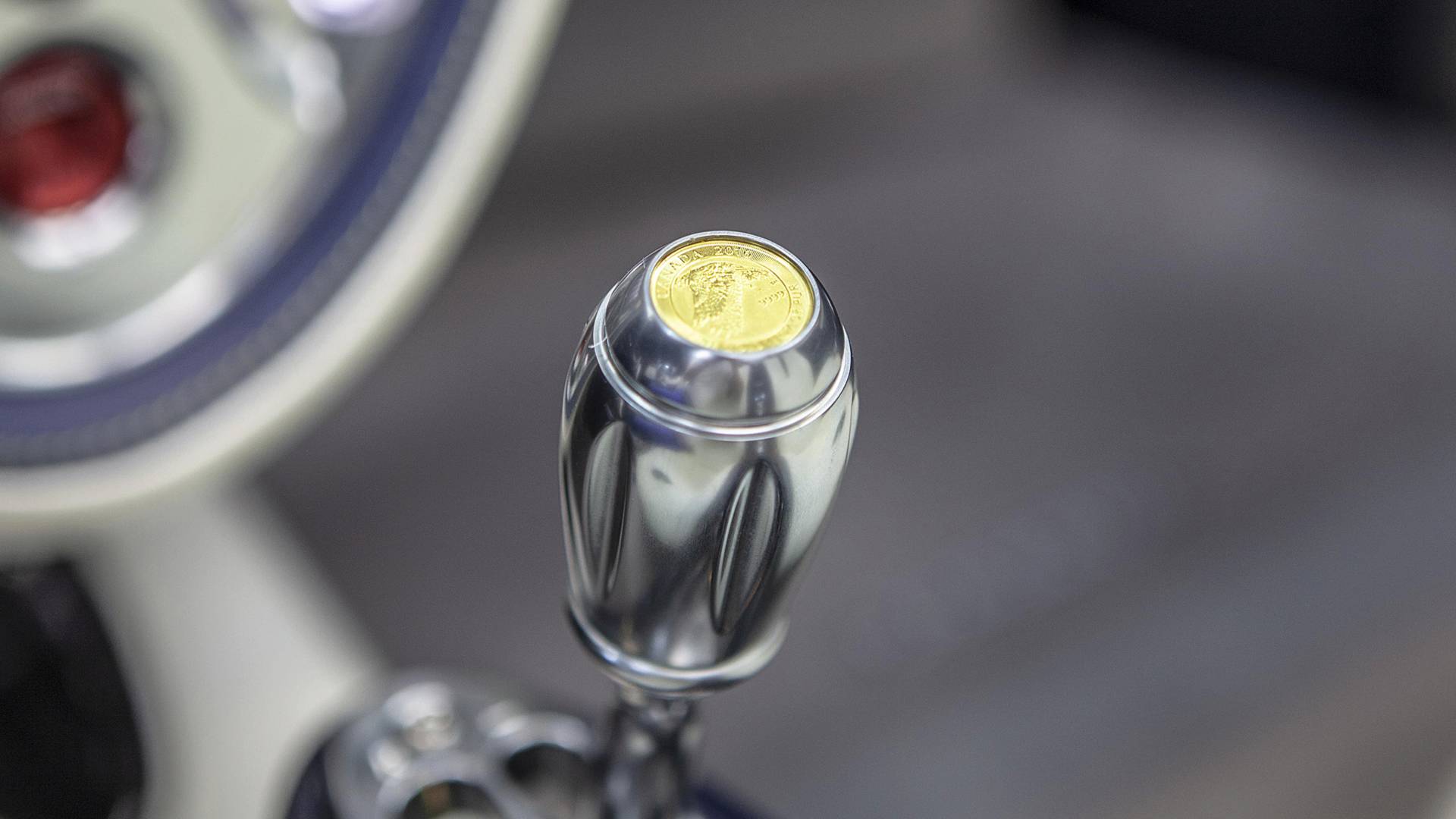 Further falcon details can be found through the car, and even when you’re done driving it, you will still experience the custom work Pagani packs into the car. That’s because there are Gyrfalcons embroidered not only in the headrests and on the doors, but also on the fitted luggage that comes with the car.

Horacio Pagani, the founder of the company, brought the car to The Quail gathering during Monterey Car Week. It marks the opening of the company’s eighth North American dealer, including one in Toronto and one in Vancouver. “These made-to-measure supercars are well-loved in North America, not only for their intense technology and beauty but also for the appreciation of passionate Italian craftsmanship that goes into making them,” Pagani said.

Appropriately, the Huayra Roadster Gyrfalcon is actually 80 kg lighter than the Coupe, lightly nudging the scales at under 1,300 kg. It’s powered by a Mercedes-AMG 6.0L twin-turbo V12 that tears into the air to deliver 754 hp and 738 lb-ft of torque, the same engine that rockets the regular, and we use that term loosely here, Huayra Roadster to 100 km/h in under three seconds.

The only thing the Gyrfalcon is missing is Tesla’s Falcon-style top-opening doors. Maybe they should have based this one on the coupe instead of the convertible. Or maybe this bird of prey attacks just fine as is. 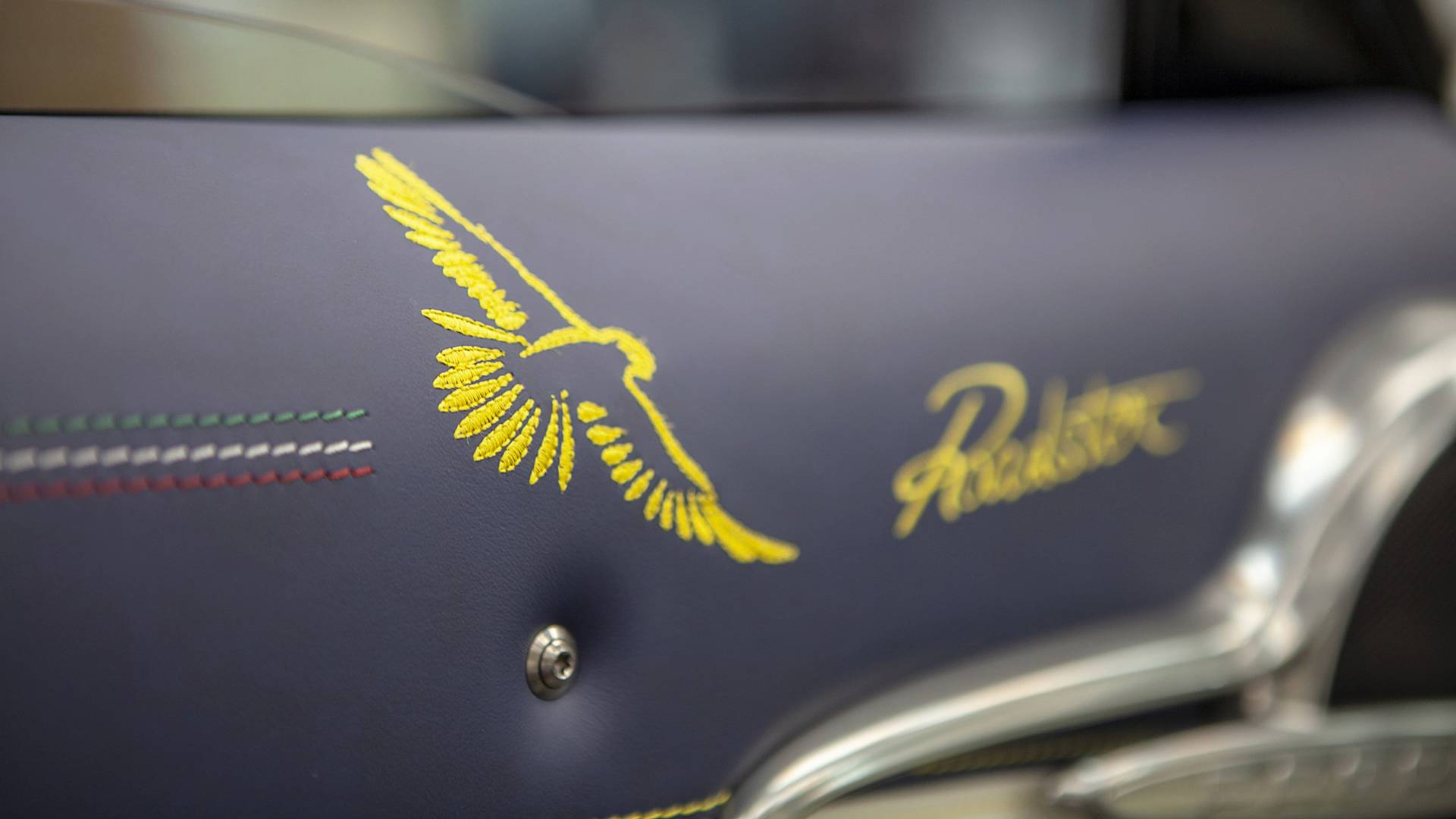 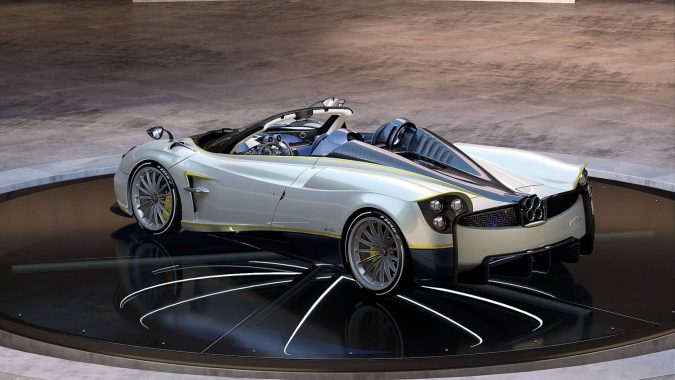 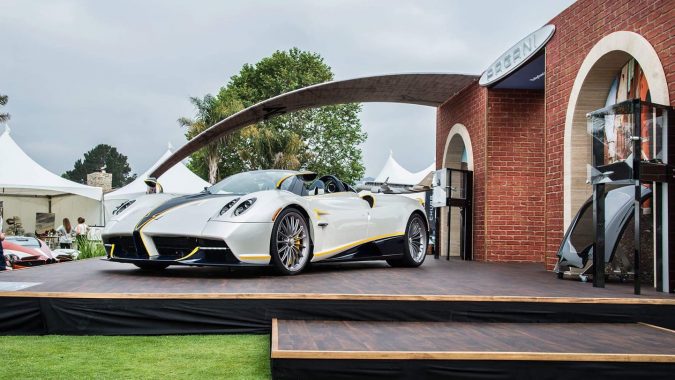