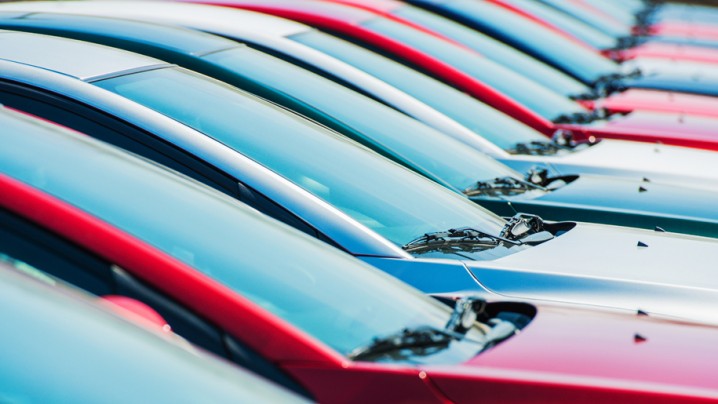 More often than not, winter tires are wrongly portrayed as snow tires. In fact, they are designed to perform not only in snowy conditions, but are intended as well to provide optimal performance in co

The inventor of the automobile has also reinvented the auto museum, blending an ubercool atmosphere with an intensely historic (yet at the same time wonderfully stylish) edge.

Given the absence of a conventional powertrain, I expected eerie quiet. But the noise level in General Motors' fuel-cell-powered Sequel experimental vehicle was not much different from that in any cur

I suspect an oil gallery is partly clogged, causing poor lubrication. There is no overheating or appreciable oil burning. The noise usually goes away after a short period.

Planning a bank heist? Drive a Suzuki XL-7 and you can be assured that no eyewitness will be able to identify your getaway vehicle.

Are we stuck with this signed offer or can we cancel the deal?

There were some interesting new models unwrapped at various European motorcycle shows recently.

It's been 20 years since the founding of the Wheels section? You gotta be kidding me.

Whenever I accelerate, except very slowly, the emergency brake light on the instrument panel comes on.

You absolutely must replace all four tires at the same time. If you are making a major change in tread pattern (and potentially tire diameter), you must switch all four tires or your all-wheel drive s

Underscoring its newfound infatuation with aerodynamic styling, Ford unveiled the all-new 1986 Taurus on the MGM soundstage where Gone With the Wind was filmed.

Children must be in an approved child car seat or booster seat until the age of 8 or until they exceed 36 kilograms in weight or reach a height of 145 centimetres.

If Springfield Mayor Diamond Joe Quimby ever needs an instant image makeover, nothing beats being photographed climbing out of a Toyota Prius.

With light trucks capturing one-half of the market by the late 1990s, a bloodless coup was unfolding in the driveways of North America.

We are still enamored with this clever mini-minivan. Its keys are quick to disappear come the weekend.

In a move to be a more upscale brand, Acura will drop the RSX coupe from its 2007 model lineup.

During our visit to Ford's new Dearborn Development Center, World of Wheels had two all-too-brief, but all-very-interesting taste tests of some coming Blue Oval technology.

Pirelli recently launched a major assault in the Battle of the Bling, unveiling the world's first 30-inch, ultra-high-performance tire for light trucks and SUVs.

For a company that makes four models, Porsche sure keeps us busy with product news. First is the arrival of a new entry-level Cayman.

In what's described as an, exceptional acid test for the new generation of the E-Class, Mercedes will send 33 of its diesel-powered sedans on a 26-day journey from Paris to Beijing