Porsche Celebrates Back to the Future Day With 1.21 GW of Fast Charging

October 21 is Back to the Future Day. The day that Marty McFly travelled to in 2015 in Back to the Future: Part 2 II, in order to save his kids (despite that changing the future in violation of the movie’s rules). For Porsche, October 21 2021 just happens to be close enough to the date where the company’s Electrify America and Ionity charging networks reached 1.21 gigawatts of combined power capacity. So they made a video to celebrate.

To mark the day, Porsche made a 60 second film that celebrates the electric Porsche Taycan and the DeLorean of Back to the Future. The clip shows a Taycan being overtaken at speed (at least 88 mph) by Doc Brown’s time machine. The short is loaded with Easter Eggs, with the most obvious being the driver of the Taycan. Actor Donald Fullilove, who played Hill Valley Mayor Goldie Wilson in the franchise and is an EV enthusiast in real life. 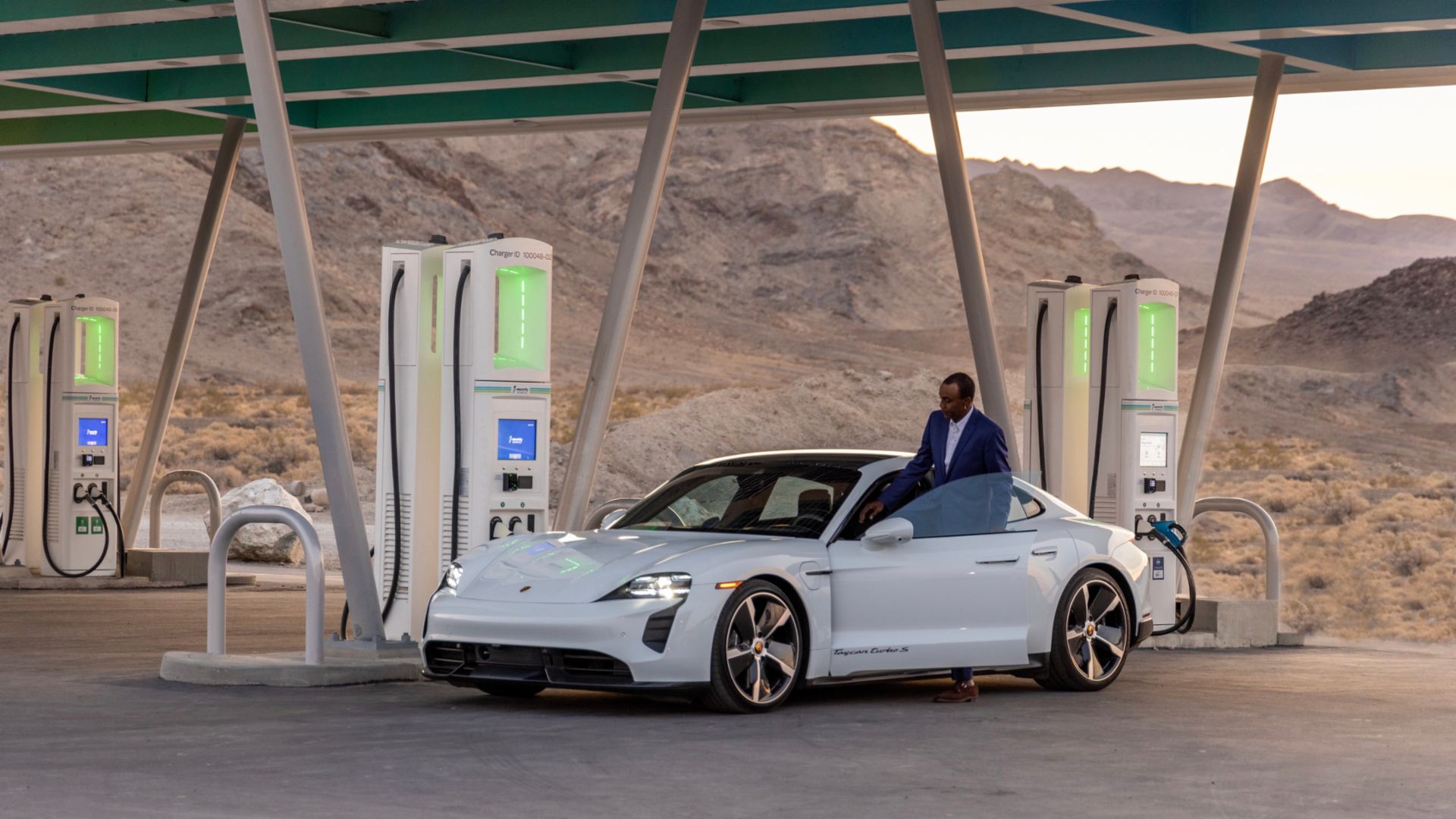 The part Porsche wants you to remember is the part about the 670 Electrify America charge sites and 372 Ionity locations (and nearly 30 Electrify Canada sites), making up close to 5,000 charge stations. With 800V charging and the Taycan’s 270 kW charge capability, the Porsche Taycan can power up from 5 to 80 percent in as few as 22 minutes.

Taycan owners get the first 30 minutes of each charge for free during their first three years of owning their car, and the automaker points out that the in-car charging map and routing is much more convenient than waiting for a lightning bolt to hit the clock tower. 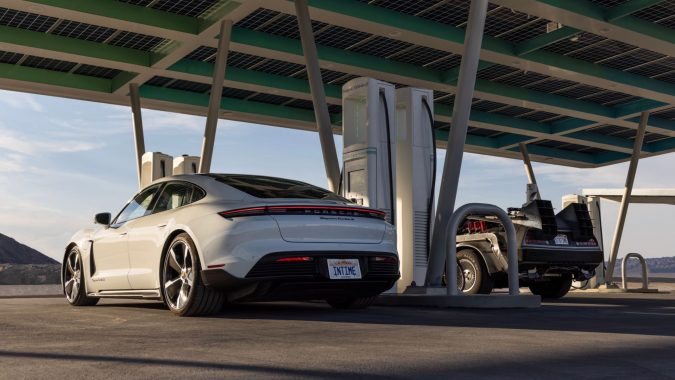 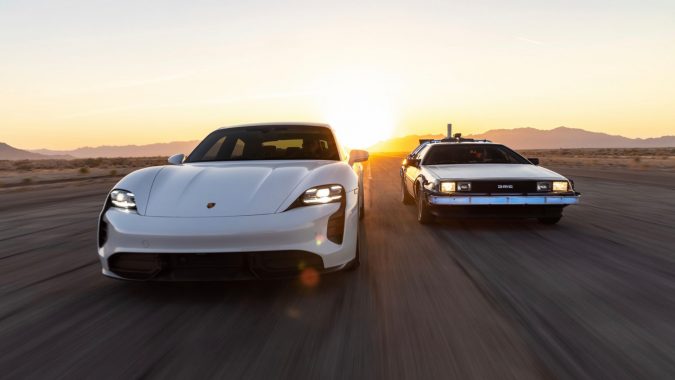