NASCAR Cup, Xfinity Series’ crown champions and why I won’t be writing or reporting on Formula One in 2021

There is an amazing connection between Canadian Tire Motorsport Park and the two winners of the NASCAR stock car championship races held this weekend at Phoenix International Raceway. I’ll tell you all about them in a moment, but first, The Sermon.

I’m not going to write about Formula One in these columns any more. I’ll finish this season, because we’ve come this far, but that will be it. Of course, that means I won’t watch the races, either.

This is a tough decision, because our country, as is the case this year, will have two drivers competing at the top level next year. But I believe in human decency and the people who own and operate F1 apparently do not.

I am aghast at the decision announced last week that F1 will race in Saudi Arabia, starting in 2021. Do Chase Carey and the rest of Liberty Media have no shame? Are they so hungry for the almighty dollar that they will take it from anybody? Although he has denied knowledge of it, the CIA concluded that Crown Prince Mohammed bin Salman, the guy in charge of that Middle Eastern country, ordered the slaying and almost-instant dismembering of the body of Washington Post columnist Jamal Khashoggi inside the Saudi embassy in Turkey in 2018.

He’s also responsible for tortures, arbitrary detention, enforced disappearances – Khashoggi was just one of many to suffer such a grisly fate – and people in Saudi jails are routinely denied access to medical treatment and contact with their families. Even the UN, by accepting thugs like him as members, thus giving them legitimacy, approved a resolution condemning his regime’s treatment of its citizens.

But what’s a few human rights abuses between friends, eh?  Particularly when there’s $40 or $50 million in F1 sanctioning fees – maybe more – attached to the souls of those poor, helpless people.

Bahrain was bad enough. It’s around the corner from S. Arabia and their human rights record is about as bad. But I had a feeling that the ensuing uproar would make Bernie Ecclestone, who was still in charge when racing first started there, see the error of his ways, much like international pressure had finally forced F1 to stop racing in South Africa back in the days of apartheid.

But to my surprise, there was no uproar. I wrote columns in Toronto Star Wheels about it, as did others in their publications, and unlike South Africa, nothing happened. In just a few short years, the world had changed. Now it’s changed even more. F1 announces that it’s made a deal with the devil and the world couldn’t care less.

Well, I care. I can’t really do anything about it but I can, in my very small way, signal my disapproval by refusing to cover it. There’s plenty of other motorsport to write about and so IndyCar, NASCAR, IMSA and local racing will get all of my attention. The only way F1 will get the message is if millions of people stop watching and reading about it.

I can’t ask anyone else to join me.

But I sure hope you do. 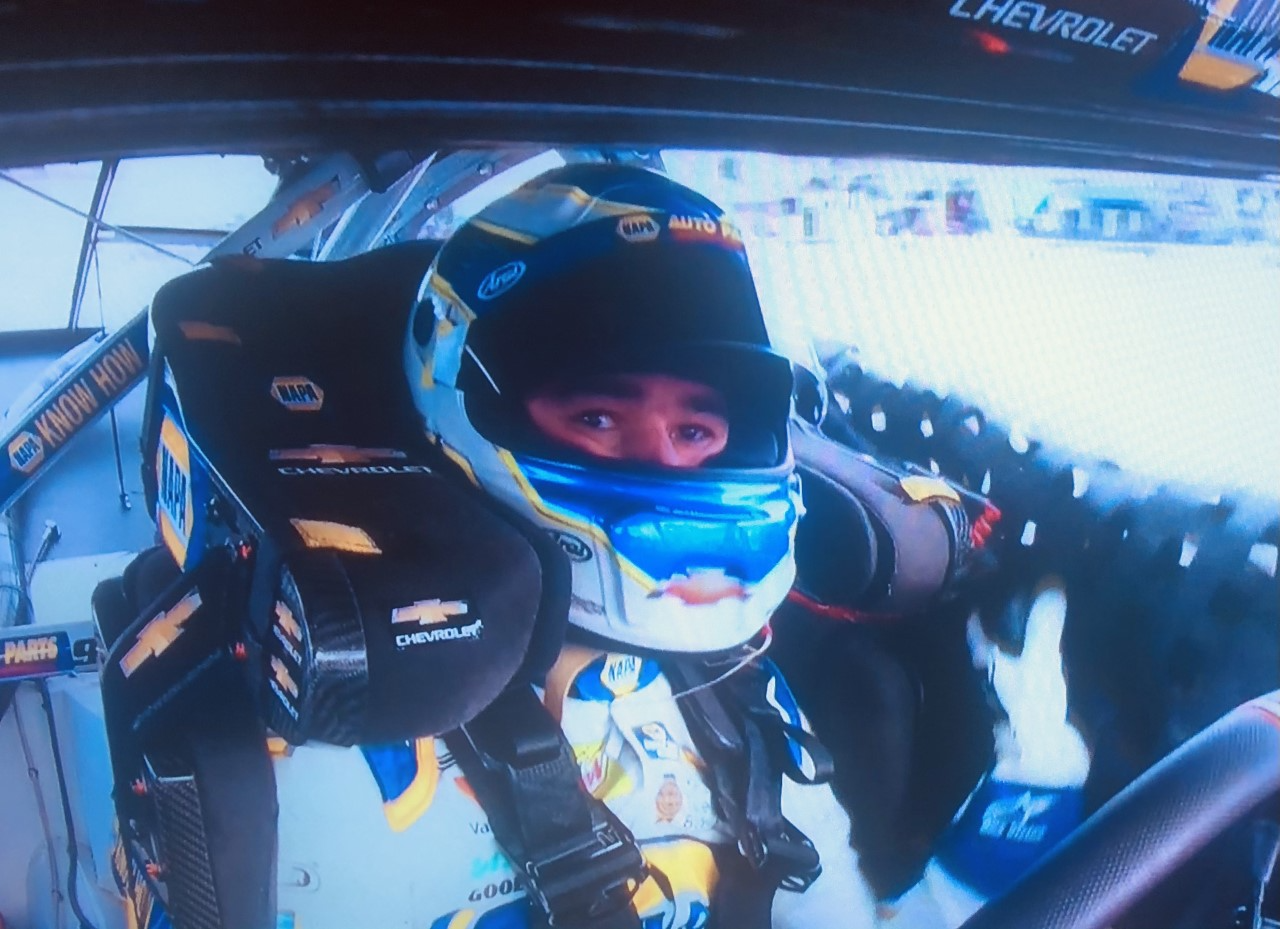 Chase Elliott won his first NASCAR Cup championships decisively Sunday afternoon at Phoenix International Raceway while on Saturday, at the same oval in the desert, Austin Cindric won his first Xfinity Series championship. The interesting thing about those two is that each won his first big-league NASCAR race at Canadian Tire Motorsport Park, north of Bowmanville.

In 2013, when Elliott was cutting his NASCAR teeth in what was then called the Craftsman Truck Series (now the Gander RV and Outdoors Series), the championship came north of the border for the first time on Labour Day weekend for the first Chevy Silverado 250. Elliott won that first race by running into Ty Dillon at the last corner and spinning him out. Elliott won his first Xfinity Series championship the next year, in 2014, and moved into the Cup Series the following year, although it took him till 2018 before he made it into Victory Lane.

Chase Elliott is, of course, the son of Bill Elliott, Cup Series champion in 1988 and one of the most popular drivers in the history of NASCAR. Of course, the son is taking after the father: he was voted MPD himself after Dale Earnhardt Jr. retired.

The championship race itself was a bit of a letdown. Elliott’s car twice flunked pre-race inspection, so he went from the pole to starting last. But before the first stage was over, he was running at the front with the three other challengers. The reason the race was a ho-hummer, of course, is that all the non-championship-contending drivers were trying their best to stay out of the way.

With 20 or so laps remaining, Elliott pulled out a straightaway lead on Joey Logano – Denny Hamlin and Brad Keselowski were the other contenders – and all Elliott had to do was hang on till the finish. For a full story, please click here

Saturday, another CTMP NASCAR race winner, Cindric, was the winner of the Xfinity Series showdown at Phoenix. In 2017, Cindric, son of Penske Racing CEO Tim Cindric, won his first NASCAR truck race at CTMP and he did it exactly the way Elliott had – he rammed the car winning the race out of the way on the last lap and then held on for the win. I had done a feature on Cindric before that weekend and he’d described what he’d do if he was running second on the last lap. When he came into the media room afterward, he saw me and said, “See? I told you I’d do that!”

The race was more exciting than the Cup finale, for two reasons: all the drivers in the race were racing, father than staying out of the way, and Cindric and fellow championship contender Justin Allgaier frequently had to bull their way past slower cars. Second, the race went into overtime after a crash near the conclusion and Cindric stopped for tires and restarted third. There was some running and bumping going on those last two laps but he made it into the top spot on the last lap and went on to win by an eyelash. 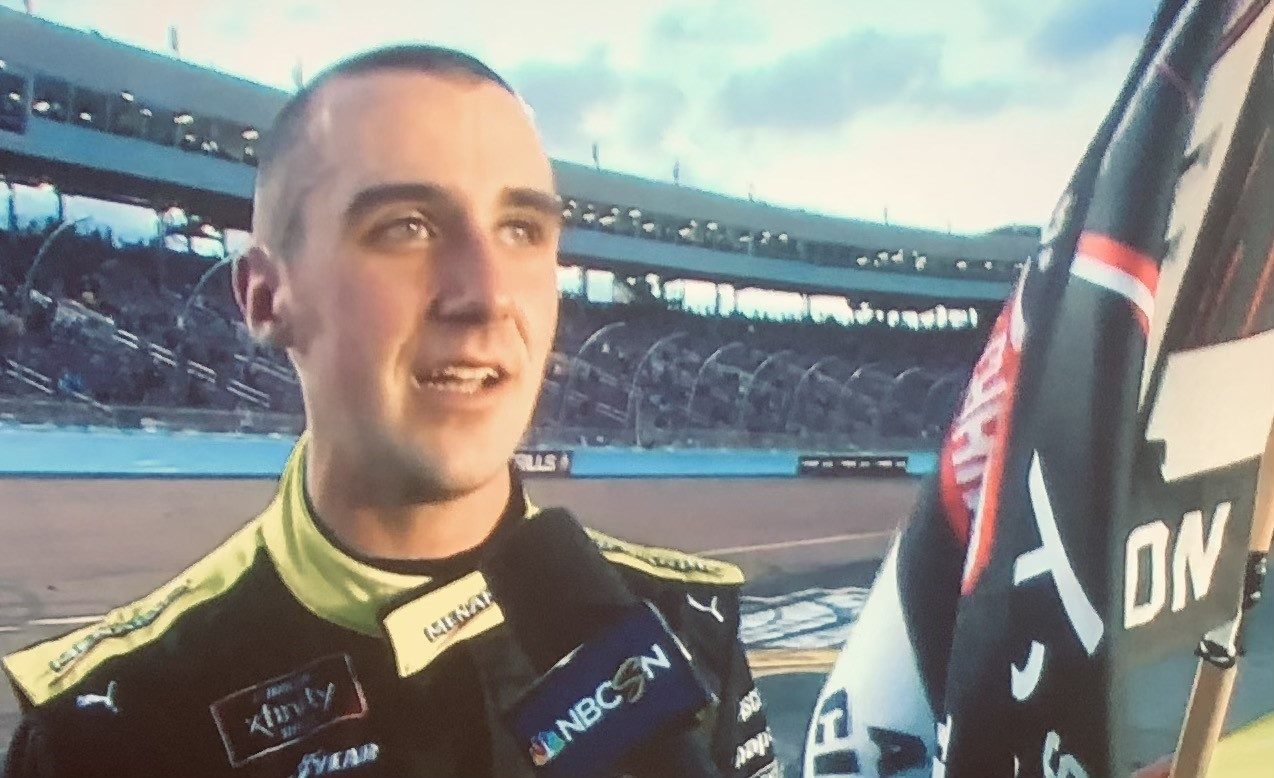 If there is no “out of bounds” at Phoenix,, what are all those white and yellow lines doing painted on the track? . . . . . Jimmie Johnson officially retired from NASCAR Sunday. He finished fifth in that last Cup race of 2020. People were giving him gold watches and silver tea services and things like that. Johnson said his kids have sacrificed for him so now he plans to spend as much time doing what they want, maybe even living in Europe for awhile. Oh, although he didn’t say it, he plans to squeeze an IndyCar race or two into his laid-back schedule, just for relaxation, I imagine. Kind of like the Trans-Am Series, which raced at Circuit of the Americas at the weekend and had at least one mid-70s-year-old guy in the field. It’s a free country and people can do what they want but Johnson’s presence will not do IndyCar’s image any good at all. Trust me on this. . . . . .