Hamilton wins Red Sea country GP, Verstappen penalized not once but twice; NASCAR issues suspensions and all the news

Let me start this report by saying this: Formula One is not about racing. It’s about a parade and politics. How else to explain the mess Sunday that was the Grand Prix of the Red Sea (I refuse to name the country), which was won by Lewis Hamilton, with Max Verstappen second and Valtteri Bottas third.

On the first restart (or was it the second?), Max, one of the two drivers in contention for the world championship, Lewis being the other, went around the outside – Estaban Ocon was right beside but slightly behind him – at the first corner and emerged the leader. He cut the corner, true, but that was because Hamilton’s car was there and to move back onto the track would have created a collision. In fact, if you watch the replay, Lewis was also off the track in his effort to keep Max off the macadam and Ocon cut the corner completely. But there was yet another red flag and between it and the start of the next segment, Max was sent back to third, Hamilton started second and Ocon lined up first.

What Max did is racing. He was penalized five seconds for that; later, he was penalized another 10 for slowing down. Hamilton ran into him but was innocent of everything. Both Toto Wolff and Hamilton know how to push Max’s immature button.

What happened was politics. If Liberty Media wants to grow the sport in North America, as it insists it wants to do, it had better do something about that. The fans might put up with this sort of nonsense for a couple of races but if there are only two really top-flight drivers able to win a race and only two of 10 teams capable of being competitive, Liberty will not make much progress.

I have been to the U.S. Grand Prix in Texas. Yes, they have a mob for the race but are the people there for F1 or for Justin Bieber, or Katy Perry, or whoever, who will be in concert that evening after the Grand Prix? For one admission fee, you get a whole lot of value added-on to the Grand Prix, like those big-name concerts, go-karts, Texas bars and grills scattered around the Circuit of the Americas – each with its own honky-tonk band – and Ferris wheels.

So Max was leading twice and ordered to give up a place, or places, twice. Can you imagine that happening in NASCAR which, like it or not, is the most popular motor sport in North America. Nope. And that’s what all other forms of the sport – IndyCar, IMSA and no, F1 – are up against. You won’t be able to beat NASCAR so you should consider joining it, in that you should let the racers race.

I started out by calling the race a mess. Here’s a link, if you’re interested. I will conclude with some observations:

What was with the dead air when David Coulthard asked Max about the race? A few minutes later, they played a segment in which Max, still in the car (and, presumably, seething), is told he’s the Driver of the Race and he reacts with a speech that sounds like it was written for him by a Red Bull PR person. Talk about strange.

The We Race As One commercial was played. Then the drivers lined up for the on-track ceremony. At which point the TV cameras pulled away from the drivers and filmed an overhead view of the pits and front straight. I thought this was strange until I remembered where they were. Then I wasn’t surprised at all.

Lewis can’t help himself. He thanked the “wonderful crowd” for attending and then made things worse by saying: “It was really great to be here.” This from the man who says F1 has to do more to improve human rights in the countries it visits and where they were is among the worst in the Middle East and one of the really bad ones in the world. Never mind what we already know about that place; always remember that if it hadn’t been for the vigilance of Canadian immigration officers, a “hit squad” would have gotten into our country and started to kill people here.

I used to love Sebastian Vettel but he’s off my list. I liked him because he – in Montreal, at least – rides a bicycle from his hotel to the circuit while the other drivers commute by limo. At the 2017 Race of Champions in Miami, his German teammate, Pascal Wehrlein, was injured during the qualifying round, leaving him without a partner. Vettel drove like a man possessed and won every race in the teams’ final to capture the RoC Cup. And when he won the three world championships, only once did I see him lord it over anybody, and the one time it happened was more humorous than obnoxious.

In any event, he conducted a karting event for women drivers in the Red Sea country. I know he’s not going to stir the pot too much and it would have been fine if he’d left everything well enough alone. But no, he had to start talking. And this is what he said.

“I think in general we have so much attention or focus on negative examples when it comes to shortcomings of certain countries in regard to human rights and other things. I really try and think of the positives, so I set out my own karting event today under the hashtag ‘Race For Women.’ We had a group of seven or eight girls and women on the track and set up a nice event only for them — I was trying to pass on some of my experiences in life and on track to do something together to grow their confidence.”

So far, so good. But then he said this:

“I think it’s clear that some things aren’t going the way they should but that’s our point of view. It’s also probably true that things take time and it’s a process. I would love to change the world in some things overnight but who I am to judge about right and wrong? I think that’s a slippery slope.

“It’s true that in some countries, some shortcomings are bigger than in others. I think there’s trouble in Germany, there’s trouble in the UK, when it comes to individual freedom — probably to a different scale and level but as I said, I feel that we don’t really get anywhere by just highlighting the negatives . . . “

Trouble with individual freedom in Germany and the UK? Sebastian, have you ever been thrown in jail without a trial? Or have any of your friends? How about going into an embassy to get a marriage licence and wind up not only dead but your body dismembered and carried out in a suitcase. Let me know if that ever happens and I’ll take back all of these words.

I don’t think Sebastian Vettel has a clue when it comes to human rights and what’s going on in that Red Sea country. Is he even aware that the women who turned out to race his karts couldn’t do it as recently as three years ago and how’s the woman who pushed for that change making out anyway? She was thrown in jail, for starters. I will leave to your imagination what happened to her in there. For wanting to drive, for God’s sake.

Forty human rights organizations asked F1 not to go to that country. If we all didn’t want their oil, we would apply sanctions to bring them around. But just like it is with China – we want their cheap goods and a place to sell our wheat – economics trumps morality every time. We all talk a good game, like Sebastian Vettel, who wants to accentuate the positive (wonder how the family of Washington Post columnist Jamal Khashoggi feels about that) rather than the negative. But that just makes us all hypocrites.

In the end, Vettel and the rest of the F1 drivers and everybody else in F1 left for the next race with millions of dollars in their pockets. They could do this without thinking, which is what freedom is all about. The people of that Red Sea country, except for a chosen few, can’t. Maybe F1 should think about that. 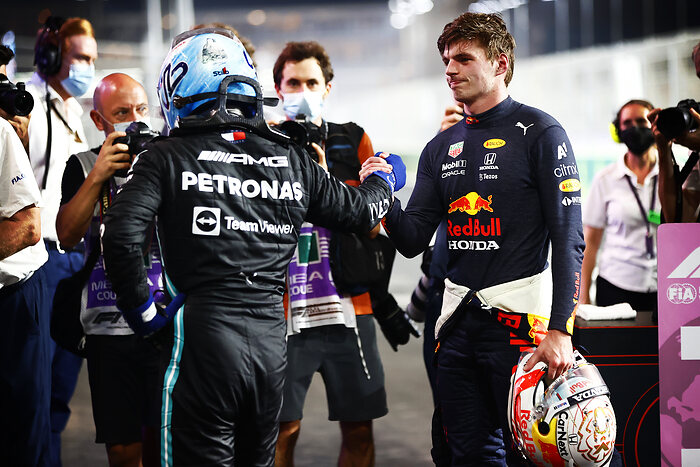 NASCAR handed out the hardware live on NBC on Saturday night. I tuned in, only to find a cooking show on the Buffalo outlet. Once upon a time my Rogers package carried the Seattle stations so I could watch network shows there if WGR opted not to carry them. No more, boy.

Speaking of NASCAR, three national team members have been suspended indefinitely – one for substance abuse and two others for sexual exploitation of underage children.

Helio Castroneves will unveil the 2022 Indy 500 ticket at the PRI (Performance Racing Industry) show in Indianapolis on Thursday. My favourite Castroneves story (not his party on the main straight at the 500 in May but earlier this century when IndyCar ran at Homestead Miami Speedway). For some reason, ABC decided that stock car star Rusty Wallace would be a great “colour man.” So, something happened on track, I can’t remember what, exactly, and Wallace got all excited. “Heeelio, Heeelio,” he shouted into his mic. “What happened out there? You saw it up close, so fill us in.” And before Castroneves replied to the question, he calmly said: “It’s ‘Elio,’ Rusty. ‘Elio’. “