William Byron won Sunday’s NASCAR Cup race at Homestead-Miami Speedway, Myatt Snider finished first in the Xfinity Series race at the same place on Saturday and this week’s Sermon, which is pretty heavy on politics (hint: F1 and Saudi Arabia), can be found way down at the bottom of this report.

The transition of NASCAR drivers from a bunch of good ol’ boys to prep-school graduates was perfectly illustrated on Sunday by Byron’s drive to victory in the No. 24 car made famous by Jeff Gordon, who owns half of this entry. NASCAR used to be the world’s last major racing series where, unlike Formula One or IndyCar or all the various “ladders,” pure, unadulterated talent behind the wheel and the courage to go out there in the first place gave a driver the potential to perhaps land a competitive ride. Jeff Gordon is a perfect example.

But the days are gone when guys like Alan Kulwicki or Geoff and Brett Bodine could wrench and then race their own stock car or NASCAR modifieds on the small ovals and then fight their way to the top in Cup. Now, as is the case with most of the world’s open-wheel series, money gives a driver a huge leg up, if not the seat outright.

That doesn’t mean drivers who have money can’t drive the cars as well as drivers who don’t, but it does mean the transition from the backyard to the boardroom is pretty much complete and that pretty well eliminates any chance somebody without means has of making the big time.

It’s the way of the world, of course. One upon a time, you needed a pair of skates and you could make it to the NHL. Now, it costs so much to play hockey, a kid with only a pair of skates doesn’t stand a chance.

Byron is a classic example of the new NASCAR. He started out playing iRacing games on a computer. When he was 15, he got into Legends racing, with some late-model racing on the side, and then went right into the NASCAR K&N Pro Series East, where he won the championship. In 2016, he raced in the Camping World Truck Series (he also had a couple of ARCA starts) and set a record for wins by a rookie with five, en route to winning Rookie-of-the-Year. In 2017, it was into the Xfinity Series and he won the championship as well as being named top rookie. He went into Cup the following year and was rookie-of-the-year – only the second driver to ever be named top rookie in three NASCAR series in consecutive seasons. He is starting his fourth season in Cup and Sundays’ win was his second in the top series.

One of the most frightening things you can see at any race track, but something that I have never seen before in quite the way it happened, took place during Saturday’s Xfinity Series race at Homestead-Miami, which was won by Myatt Snider, his first in 36 starts in the series.

As driver Daniel Hemric pulled into his pit for a stop, the tire carrier, loaded down with one under each arm, crossed in front of the car, as he is supposed to do, but the car somehow made contact with one of the tires as it braked to a stop, knocking the man flying like a bowling pin and sending the tires going every which way.

My heart was in my mouth as I watched this happen, because I immediately was afraid that if he was dazed and unable to leap out of the way, he might be hit by another car leaving the pits. There was some immediate confusion but the team managed to pull itself together and completed the stop.

The tire carrier, Josh Shipplett, had sore ribs and was replaced during the Xfinity race but was cleared to work Sunday during the Cup race.

It took them a couple of overtime shots to reach the checkers Saturday and one of the leaders, Noah Gragson, was eliminated in a crash. But when the smoke cleared, Snider was chased across the line by Brandon Jones, Hemrick, Jeff Burton and Austin Cindric. Tyler Reddick was initially second but was disqualified during post-race inspection. 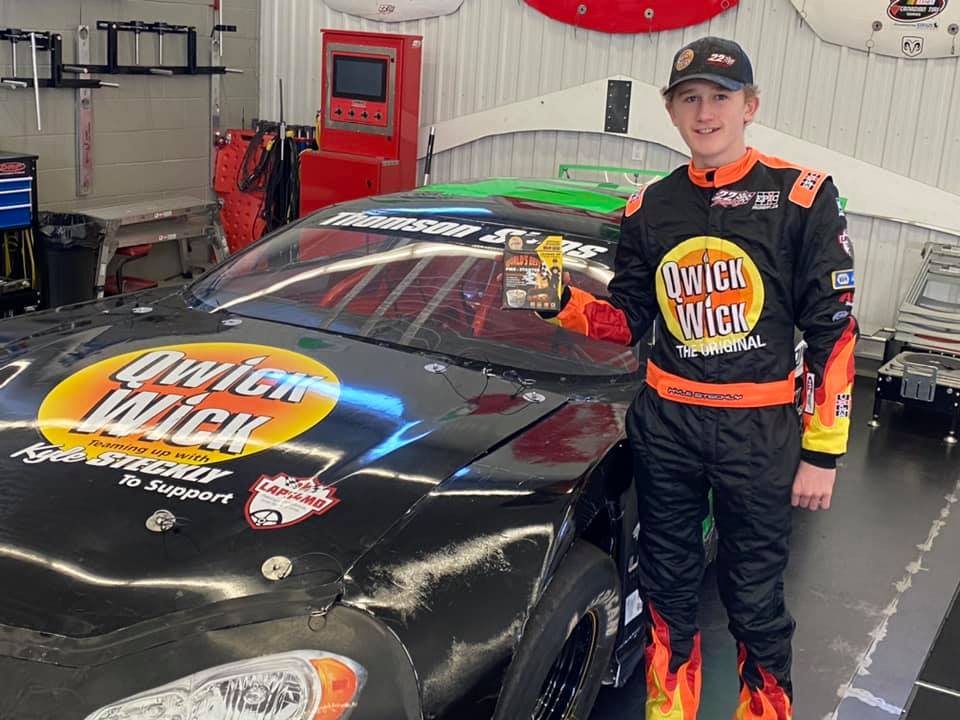 Scott and Penny Steckly’s son Kyle (photo, above) will start following in his father’s footsteps this season when he starts racing Pro Late Models with the support of Qwick Wick and AW Millwrights. Kyle, the 15-year-old son of four-time NASCAR Canada champion Scott, honed his skills driving mini stocks and plans to run a full Pro Late Model season at Flamborough Speedway with periodic starts in the APC United Late Model series.

Romain Grosjean did 80 laps in his Dale Coyne-Rick Ware IndyCar at Barber Motorsport Park last week and, other than a small spin early in his tenure, handled himself well. He wasn’t particularly quick, but that will come, I expect. He’s still having problems with a badly burned left hand, there is no power steering in an Indy car (which I find strange; it should be no big deal) and he has to build himself up physically. The IndyCars don’t start their season till April so he has time to get ready.

Santino Ferrucci, who gave up a full-time IndyCar ride this season to learn stock car racing in the Xfinity Series, says he has a few open weekends so chances are he will run the Indianapolis 500 in May and perhaps one or two other races. Ferrucci finished 30th in the Xfinity race. He hit the wall fairly early in the race and lost laps while in the pits for repairs. But he certainly didn’t disgrace himself.

Nick de Vries won the first Formula Electric race in Saudi Arabia at the weekend. Sam Bird won the second race of the season on the same circuit, driving for Jaguar. Driver Alex Lynn was checked out at hospital after a terrible accident in which his single seater got upside down, skidded down the track and wedged itself under the ARMCO (where have we heard about this before?)

All 12 races in the Canadian Touring Car Championship will be broadcast on TSN this season. Whistlestop Productions will handle filming and production.

Several weeks ago, I broke the news that three Canadian motorsport icons had died. There are now others. 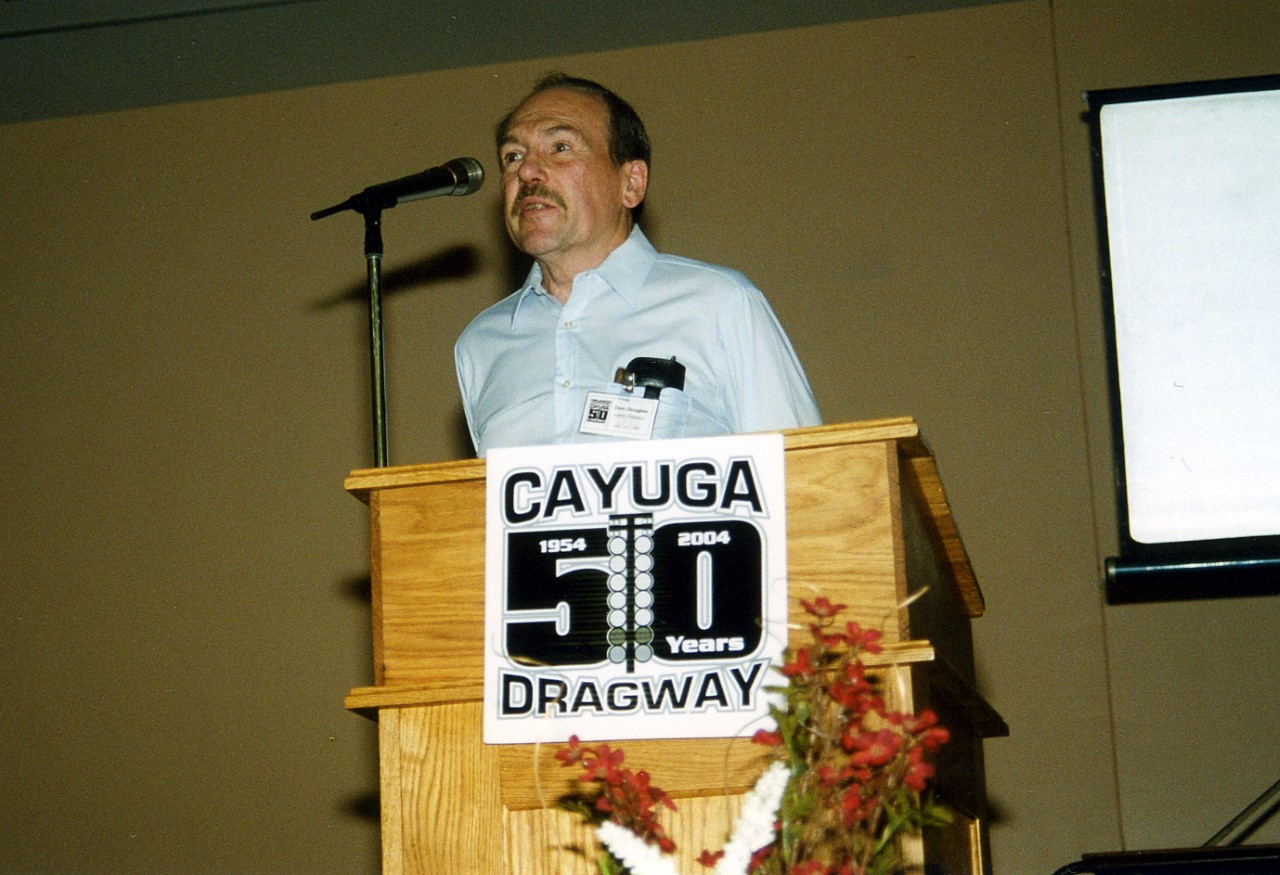 Tim Miller, motorsport writer for the Hamilton Spectator, sent me the following information:

“Don Douglas, who died recently at age 85 (see photo), was one of the pioneers in organized drag racing in Canada.

“After racing a front-engine dragster for several years, Douglas, of Brantford, along with partners Larry Rook and Jerry Haman, took over the running of the Cayuga Dragway, which opened in 1954, in 1962.

“Along with building spectator stands and improving the pit area, Douglas and his partners were the first in Canada to order – and then operate – a Chrondeck Christmas Tree starting system from California. As the sport evolved, they knew the flagman starts were not going to keep pace, so they ordered the Tree and clocks which were in place for the 1964 season.

“The Tree was a big step over a flagman,” Douglas said in an interview last year. “We were running just class racing at first, but then the ET racing started, and it was difficult to properly start the cars. That was the reason we got the Tree.”

“The original Christmas Tree starting system, which cost $1,300, continued to send racers on their way down the track for years but technology caught up and today the track sports a Compulink system, complete with win lights and scoreboards.”

Not a motorsport figure, but an automotive legend nevertheless, Max Wickens died last week at age 79. A founding member of the Automobile Journalists Association of Canada (AJAC), he filed stories throughout his career to the CBC, Toronto Star, Oshawa Times, Etobicoke Guardian and the Hamilton Spectator. He was also PR director of British Leyland Motors and Nissan Canada. RIP, Max.

Finally, not a Canadian but Hannu Mikkola of Finland, 1983 World Rally Champion and widely regarded as being among the greatest rally drivers of all time, has died at the age of 78. 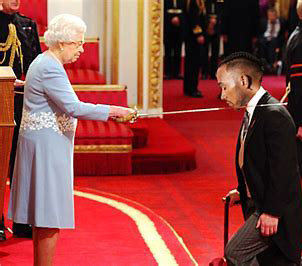 This is a story that will be – as we say in the trade – overtaken today. In other words, there will be developments.

I have been ranting, for months, about Formula One’s decision to schedule a race in Saudi Arabia this season. This is because the country’s reputation for ignoring basic human rights has been well documented. As long as you keep your nose clean and bow down, you have nothing to worry about. But if you step out of line in any way, you will find yourself in serious, serious trouble.

One who did was the journalist and Washington Post contributing columnist, Jamal Khashoggi. There is no need to repeat the gruesome details of what happened to Jamal Khashoggi at the Saudi embassy in Istanbul, Turkey. Although it’s been long suspected, the U.S. government made public last week a U.S. Intelligence report that said Khashoggi’s murder was the work of a hit team operating under direct order of the Saudi Crown Prince, Mohammed bin Salman, identified in the report as MBS.

Now, the ink was barely dry on the report before spokespeople for President Joe Biden were saying MBS would get a pass because to do otherwise would create a breach with a key U.S. ally in the Middle East. But Jamal Khashoggi wasn’t just some other Saudi dissident. He was a writer and columnist for a major American newspaper and the administration’s too-quick reaction did not sit well with the Washington press corps.

The focus of most, if not all, the Sunday news programs was Saudi Arabia and the prince. Journalists around the world called for sanctions against MBS. Biden subsequently announced that he would make a statement on Monday.

I hope the United States – and Canada (our man Trudeau was interviewed by NBC’s Chuck Todd Sunday) – will re-evaluate its relationship with Saudi Arabia because of this murder of Jamal Khashoggi. And that, as a result, American-based Liberty Media, owner of Formula One, will cancel its planned race there.

Because the pressure will just not let up. Regardless of what Biden announces Monday, DAWN (the Democracy for the Arab World Now organization founded by Khashoggi before he died) will continue to lobby for America to impose sanctions (asset freezes, visa bans) against the prince.

And 45 human rights organizations and foreign policy groups have written to Sir Lewis Hamilton (photo, above) asking him to boycott the race. If that’s not possible, they want him to speak out against human rights violations in the Saudi kingdom. “The most decorated Formula One driver in the history of the sport demanding freedom for activists . . . would certainly speak volumes to the world,” one petition said.