Racing Roundup: Why Motorsport Should have been on Hiatus

Kyle Busch takes a big step backward, IndyCar goes to Music City, and all the news and results

Earlier this year, I wrote a column for which I took a ton of heat. I suggested that to live to fight another day, and to save money in order to still be in business when this pandemic ends, that racing be cancelled for 2020.

While I, along with every other motorsport fan on the planet, have thoroughly enjoyed the racing that’s taken place this season, with more to come next weekend when Formula One and IndyCar are both back in action, I am very concerned that those two leagues in particular, as well as NASCAR and all the other series, are going to be in serious trouble come 2021.

They might not have been in this fix if they’d taken a deep breath and gone on hiatus because of the  COVID-19 epidemic. Yes, some “seasonal workers,” as distinct from full-time staff, might have lost their jobs this year but so have millions of other people. And rather than soldiering on with gazillions of dollars going out and not much at all coming in, the sport would have had money in the bank to pick up where it left off.

Now it’s too late. And just take a look at the landscape. Roger Penske is closing down his IMSA team and there could be others; Williams has been sold, McLaren – despite what Zak Brown says – is holding a fire sale in an attempt to raise enough money to keep going and a half dozen NASCAR franchise owners are taking money from drivers so unqualified to be out there that the real pros are getting upset.

After I wrote that column, I felt a bit like a babe in the woods. But then a week or so ago, a colleague, Damien Cox of Star Sports, wrote these words while talking primarily about the NHL and who knows when the next season will start:

“Pro leagues unable to fill the stands with paying customers are taking punishing losses, and probably not enough is being said or written about this.  How long will owners want to keep paying players when their revenues are so damaged?”

As I said, Cox was talking about hockey but it could be baseball, football, basketball – and motor racing. NASCAR has a bit of a leg up because of the TV money but that will run out. Liberty Media, which has kept F1 going, is not made of money, nor is Penske. At some point, they have to look at the big picture and say enough is enough.

In previous columns, I have referred to the pandemic as World War III. Nobody was ready for it, as is the case with most wars, and nobody has a clue – a clue – when it will end. The expected Second Wave appears to be happening and how many waves there will be is anybody’s guess. And a vaccine? Maybe – maybe – by mid-2021, if we’re lucky, but how effective will it be? People get a flu shot every year and some of them still get the flu; will the COVID shot be any different?

So enjoy the racing this year, because the scene is going to be lot different next.

P.S. Won’t it be ironic if the grandstands are full in 2021 and car counts are dismal? So, yes. This was the year to shut down. Everybody’s at home anyway and misery loves company.

Toyota won its third consecutive 24-hour classic at an empty Circuit de la Sarthe, thanks to the flawless driving of Sébastien Buemi, Kazuki Nakajima and Brendon Hartley in the LMP1 No 8 Toyota TS050. They  completed 387 laps and were five laps ahead of their nearest competitor at the checkers.

The automaker also won the LMP2 class, led by former F1 pilot Paul di Resta. He was accompanied by Filipe Albuquerque and Philip Hanson, who were competing for United Autosports, the team founded by McLaren F1 chief executive, Zak Brown.

For a complete story on the race, please click here

Those of you lucky enough to get Velocity TV on your cable or satellite package were able to enjoy the race. I used to get Velocity but somewhere along the line Rogers decided I wasn’t worthy. Yes, this is poor me talking but if I can’t complain now and again about SOMETHING, what’s the use of having a column, eh? What makes it worse is that they’ve also taken away my FOX Sports Racing channel. That’s like cutting off my right arm. I’ve complained and the people I’ve talked to agree that I’m paying for the channel and should be getting it but they can’t fix it, for some reason. Just so you think I’m being too tough on Rogers, Bell isn’t No. 1 on my hit parade these days either. I haven’t had a land-line phone for a week now and they can’t seem to fix that either. I hate everybody.

For a couple of years now, I have been impressed with Kyle Busch. I thought he’d finally grown up. I’ve always been an admirer of his incredible talent, going so far on several occasions to suggest he could be a Formula One driver, but like several before him, Jeff Gordon in particular, he’s been satisfied going up against his fellow North Americans but has not been interested in testing himself against the world’s best.

Prior to the last few years, until around the time he broke his leg, I guess, I couldn’t stand the little snot. If he didn’t win, he’d sulk, which is a sign of immaturity. It doesn’t matter if it’s hockey or car racing, you can’t win all the time and a sign of a well-rounded person is the ability to rise up after a defeat and to win the next time out.

So I thought Busch had turned the corner. Until this weekend at Bristol Motor Speedway, that is, when he finished second in the NASCAR Cup Bass Pro Shops/Food City 500 to Kevin Harvick and went into a snit because Joey Logano, who finished 11th, wouldn’t move over and let him past.

“He’s nobody’s friend for a reason,” he snapped at a reporter. Asked if he was looking forward to the next race, he added. “Who cares? I’ll be eliminated (from the playoffs) anyway.”

I know it’s been a tough year for Busch. He hasn’t won a race, which is unusual for him. But it’s not just him who’s disappointed and concerned: it’s his millions of fans. So when he says “nobody cares,” he’s forgetting all about them.

He’s lucky to have so many in his corner. He owes them something – the ability to take a loss in stride. The sooner he comes to grips with that, the better.

For a complete story on the race, please click here

HERE, THERE AND EVERYWHERE 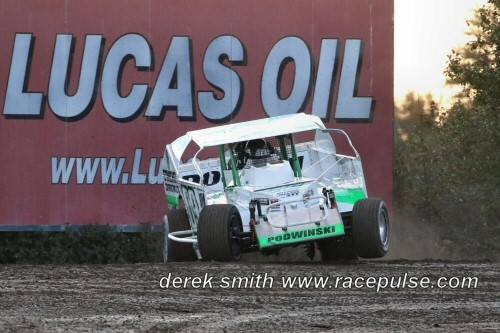 The Gaunt Bros. of NASCAR Cup fame – the team was actually started years ago in Barrie – will part ways with Mexican driver Daniel Suarez at the end of the season. There is talk they will run Bubba Wallace next year. We’ll see.

Camping World is returning as the title sponsor of the NASCAR trucks series. And Progressive Insurance will be the new title sponsor of the American Flat Track AMA motorcycle racing series. I’m not sure that’s a good idea. It reminds me of Indy car driver Jim Hurtubise being sponsored by the Tombstone Life Insurance Co. Not a good mix, that.

The United States Auto Club’s national midget racing series has cancelled the 80th Turkey Night Grand Prix at Ventura (Calif.) Raceway. This will be the first time since 1954 that the classic hasn’t been held. Blame COVID.

I heard a great story about Dan Gurney this weekend. A few years ago, he was invited to a dinner in Indianapolis to honour some of the greats of the 500-mile race. Gurney never won the 500 but finished second twice. On arrival in Indy, he suffered a heart attack and was taken to hospital. Later, at the dinner, he said that they’d defibrillated him and he felt great. Asked if he experience had frightened him, he said no. “Spa in the rain frightened me . . .”

IndyCar will race next year (fingers crossed; COVID, remember) in Music City, Nashville, Tenn. The three-day show will take place Aug. 6-8. The track will feature the cars going across the Korean Veterans Memorial Bridge into downtown – and back. Can’t you just see it – the leader (James Hinchcliffe, perhaps?) leaving downtown on the bridge and waving to a tail-ender who’s going the other way? It’ll be different, that’s for sure.

Speaking of IndyCar, the two races at the Indianapolis Motor Speedway next weekend will be seen by a limited number of fans who will be allowed in. And Team Penske announced this week that it will run a fourth car at St. Pete in late October for Scott McLaughlin, a supercar champion driver from Australia.

Speaking of successful racing drivers, Kyle Larson won yet another $20,000 for winning yet another sprint car race this weekend. If I owned an IndyCar team, I would have signed that guy to a long-term contract several months ago. But just as it was with Jeff Gordon, Larson is apparently not good enough to race those cars. If it wasn’t so sad, it would be laughable. Actually, maybe it is. Anyway, Larson is going back to NASCAR (somebody named Hendrick has signed him) so yet another major talent right under their noses is ignored once again by IndyCar. No wonder they can’t crack the 700,000 mark on TV.