The company's smallest sedan has been restyled and redesigned, it's heavily reworked to be stiffer and lighter.

Lexus says it’s getting serious about driving thrills and the first shot on that target is the newest IS. The company’s smallest sedan has been restyled and redesigned, but it’s not quite an all-new model; instead, it’s heavily reworked to be stiffer and lighter. To show that they’re serious, Lexus is offering it with a mechanical limited-slip rear (except not in Canada), and there’s a new version of the company’s active safety suite.

Lexus calls the result the Lexus Driving Signature, a new handling measure honed at its special new Nurburgring-like Shimoyama test facility. The automaker says that it wants its models going forward to deliver this signature balance, control, and more driver confidence without trading ride quality. Of course, that’s the tradeoff that every automaker with the slightest pretence of sporting tries to achieve. 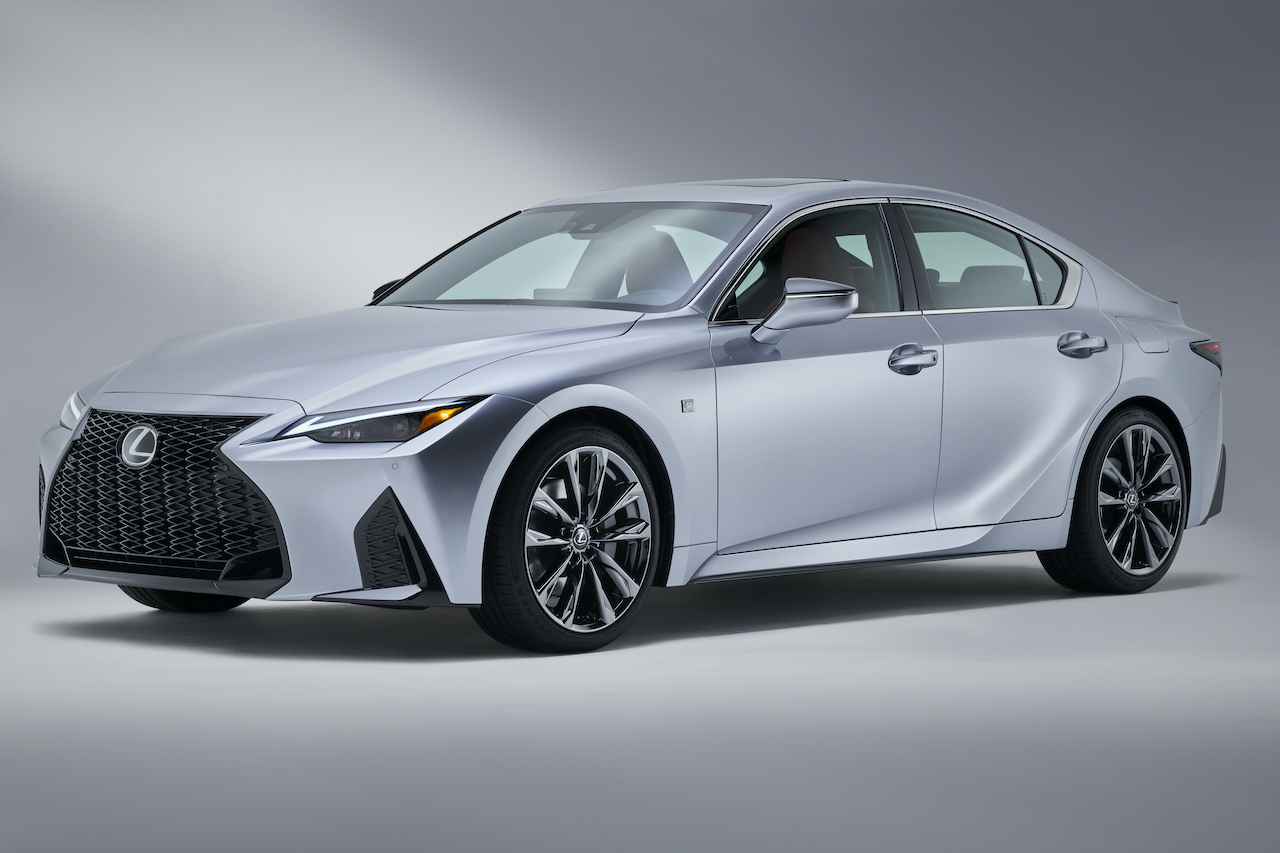 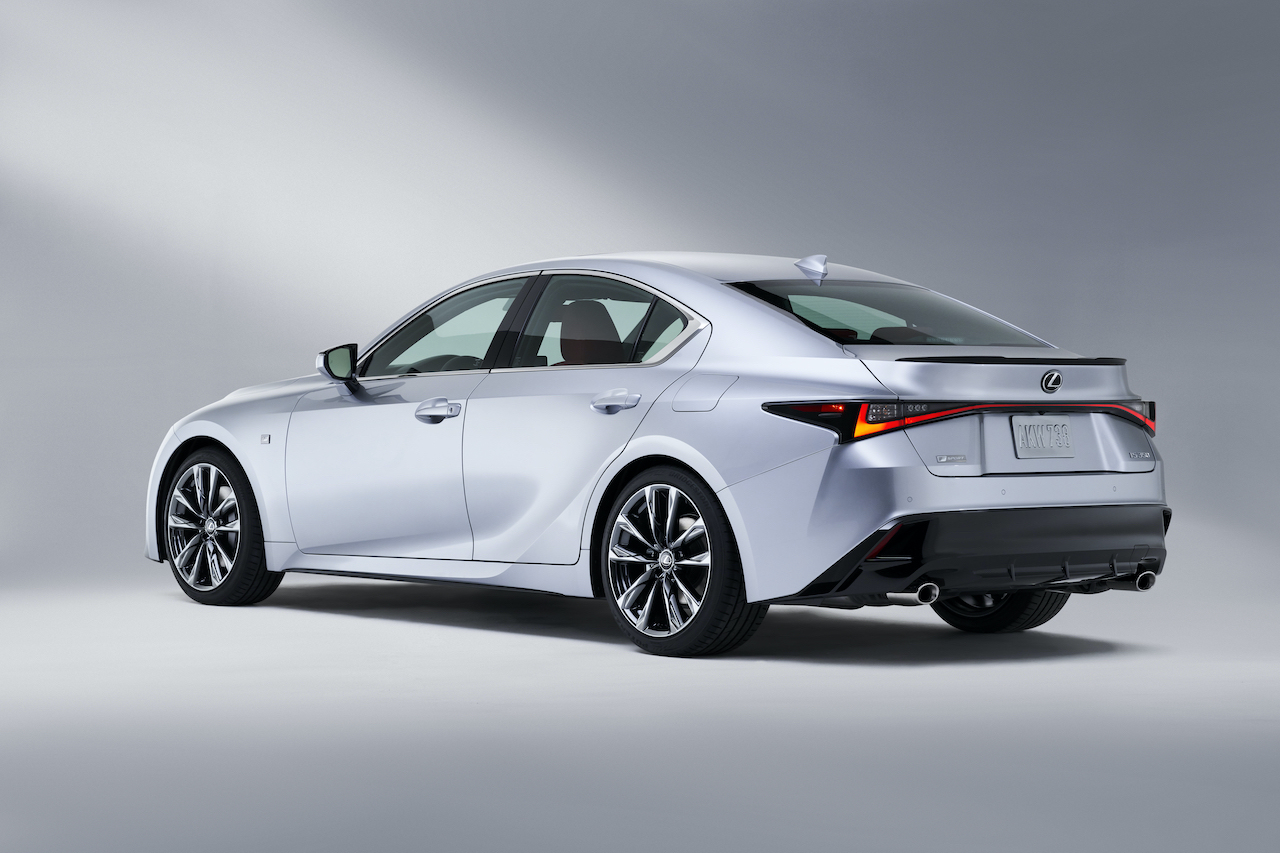 Styling changes start with the lower hood and larger spindle grille with functional brake ducting and slimmer headlights. The front fenders have been widened to allow for new wider wheels and tires (19s for the first time), with that expanded hipline running all the way through to the rear of the car. The new IS didn’t skip squat day, and it looks solid on the road.

Three powertrain choices will be available, a rear-drive 2.0L turbo-four IS 300 that makes 241 hp and 258 lb-ft of torque. For 2021, it gets a new adaptive transmission control system, and the engine can swap to the more efficient Atkinson cycle when you’re not using all the power.

If you want AWD, then things get confusing. Because the AWD IS 300 has a 3.5L V6 making 260 hp and 236 lb-ft of torque. The AWD system is set to send 70 percent of power to the rear for balance, but can split 50:50 for traction. The IS 350 is the top dog, with same-size V6 making 311 hp and 280 lb-ft of torque. That’s the same power as before for all three, and it’s the same six-speed automatic for the sixes (eight-speeds for the four). The US gets a rear-drive IS 350 (with an available Torsen LSD), but that one’s not on the Canadian list. 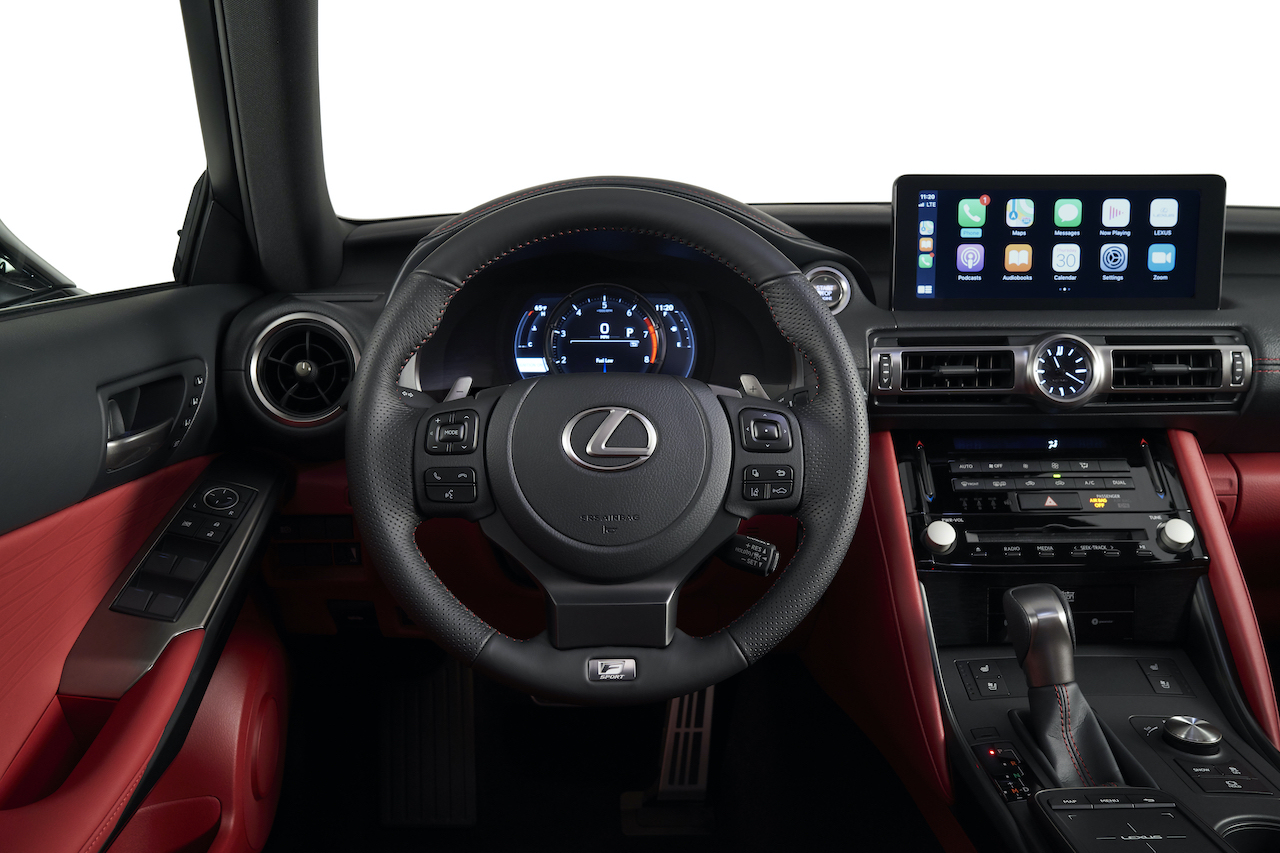 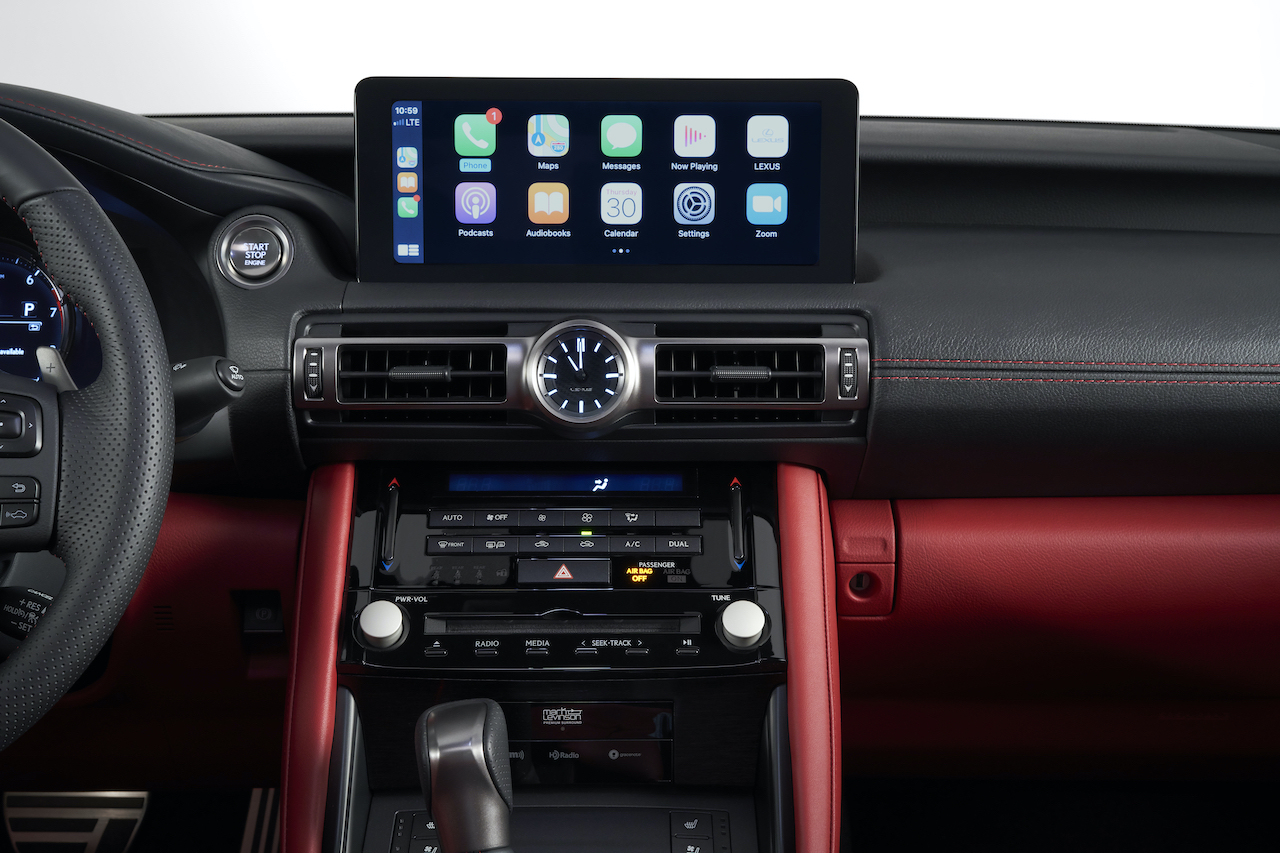 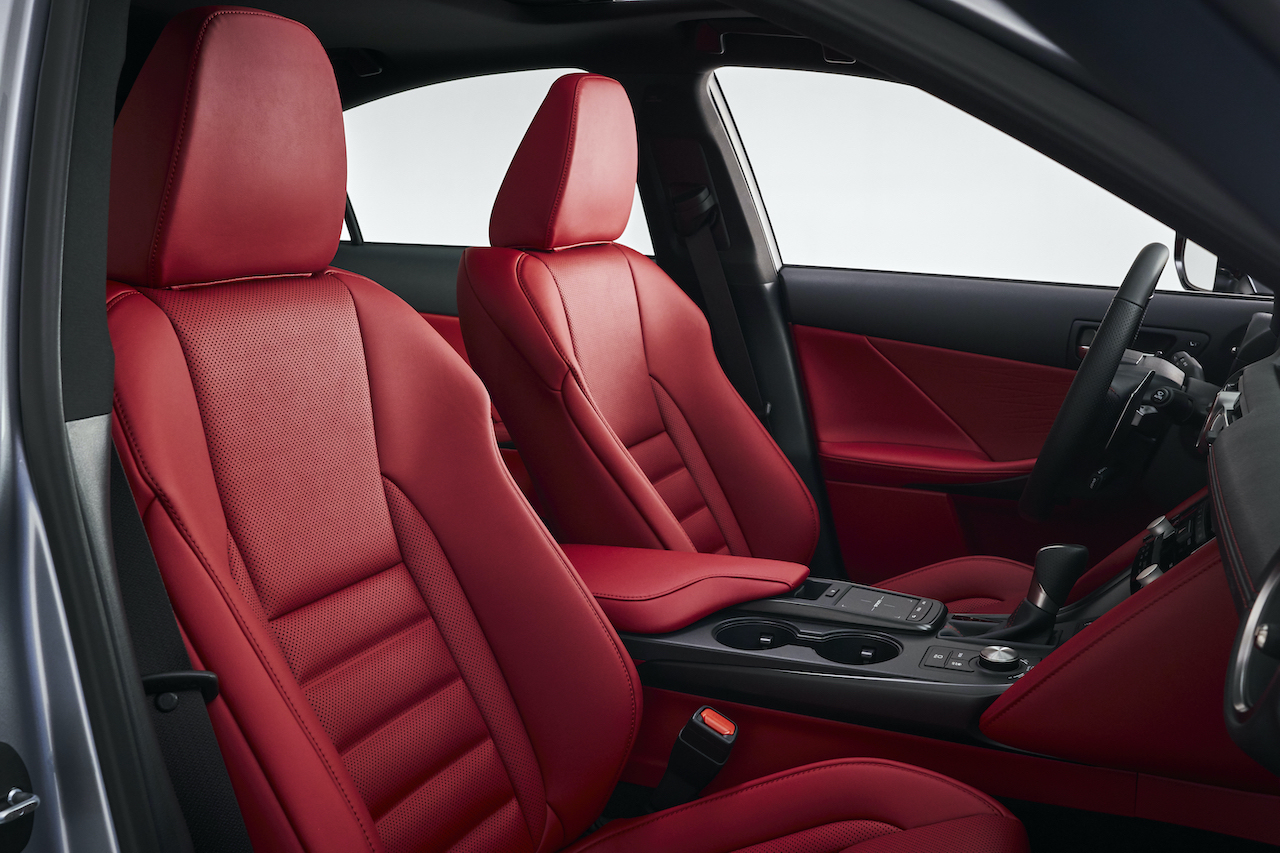 Inside, a standard 8.0-inch screen is now a touchscreen, and it’s been moved 80 mm closer to the driver so you can reach it. There’s still a Lexus remote touch pad, but you don’t need to use it. Get navigation or the Mark Levinson audio system – that now boasts 17-speakers and 1,800 watts) and you get a 12.3-inch screen. They all get Apple CarPlay and Android Auto.

Lexus has updated the Lexus Safety System+, calling it LSS+ 2.5, and it adds enhancements to the camera and radar to improve the pedestrian and cyclist detection features that come with the pre-collision, frontal collision warning, and automatic emergency braking functions. Those enhancements let it better spot oncoming vehicles or pedestrians in left turns, a common cause of pedestrians accidents. The best bit, though, is near hidden on the press release. The radar cruise will start accelerating once you hit the signal to pass. Before you change lanes, not five seconds after you’ve already embarrassedly parked yourself in the left lane like most similar systems.

F Sport also returns to the IS, and it’ll be offered in multiple trims. All get the signature F Sport black trim and a different front bumper as well as 19-inch wheels. This time there are some extra performance boots including a cold-air intake and F Sport exhaust. A dynamic handling pack is available with adaptive dampers and lighter BBS 19-inch wheels and the DHP cars get some extra carbon for the rear spoiler and mirror caps plus a knee pad for the centre console.

Expect the new IS to arrive later this year. Pricing will be announced closer to the car’s arrival at dealers. 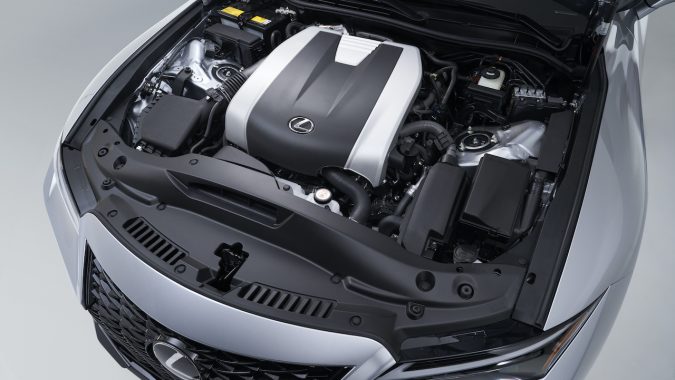 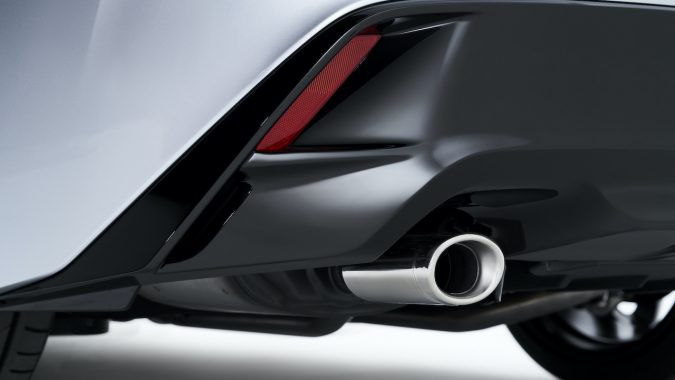 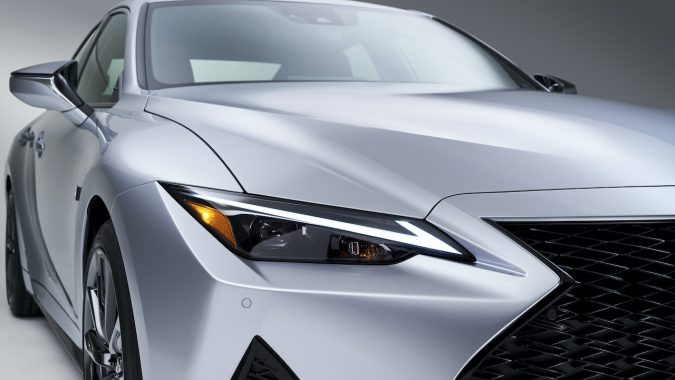 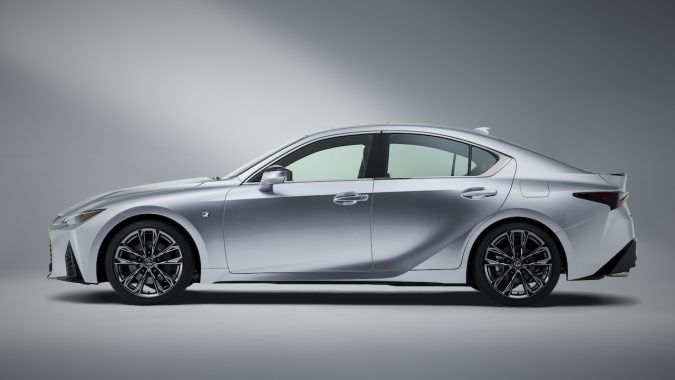 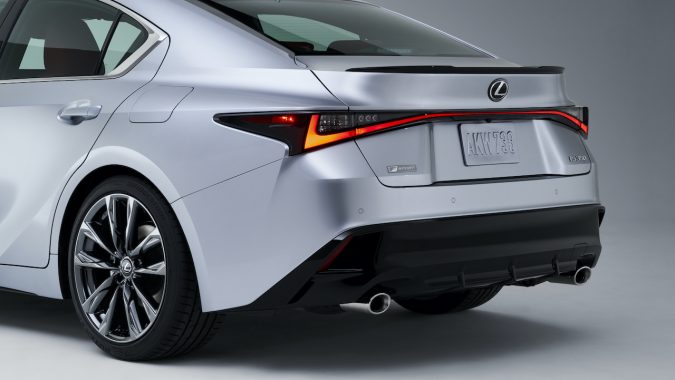 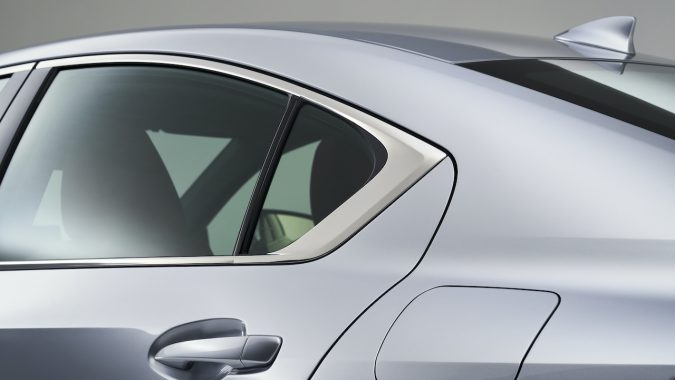