Some proceeds will go to the Air League Trust, a non-profit that helps underprivileged kids learn to fly or take on careers in engineering.

Want all of the panache of airline travel in your half-million-dollar grand touring coupe? Aston Martin and British Airways have your back with a special edition Superleggera that marks 50 years since the first flight of the Concorde. It’s the DBS Superleggera Concorde special edition.

There are few silhouettes more recognizable than that of an Aston Martin, but one of those might be the beautiful metalwork that made up the Aerospatiale/BAC Concorde supersonic passenger jet. The first, and at this point only airliner to ever transport paying passengers well beyond the speed of sound first flew in March of 1969. It took until 1976 for them to start commercial flight, and they blew over the Atlantic at speeds up to Mach 2.02 until this day in 2003.

In partnership with British Airways, one of two carriers to regularly fly the Concorde, Aston Martin’s Q division has transformed the 715 hp 5.2L twin-turbo V12-powered DBS Superleggera into something more fitting of the airliner. Much of the changes are to the livery of the car, but that makes for a pretty cool look. There are hints of the Union Flag on the rear spoiler and splitter, as well as red, white, and blue details on the front bumper. The roof gets a silhouette of the Concorde over the carbon fibre, the side strakes are milled aluminum, and the front fender vents are accented with the BA Speedmarque logo in chrome. Check the rear flanks and there’s G-BOAC lettering, the registration given to the first of BA’s Concordes, a nod to the British Overseas Airways Corporation that became part of BA. 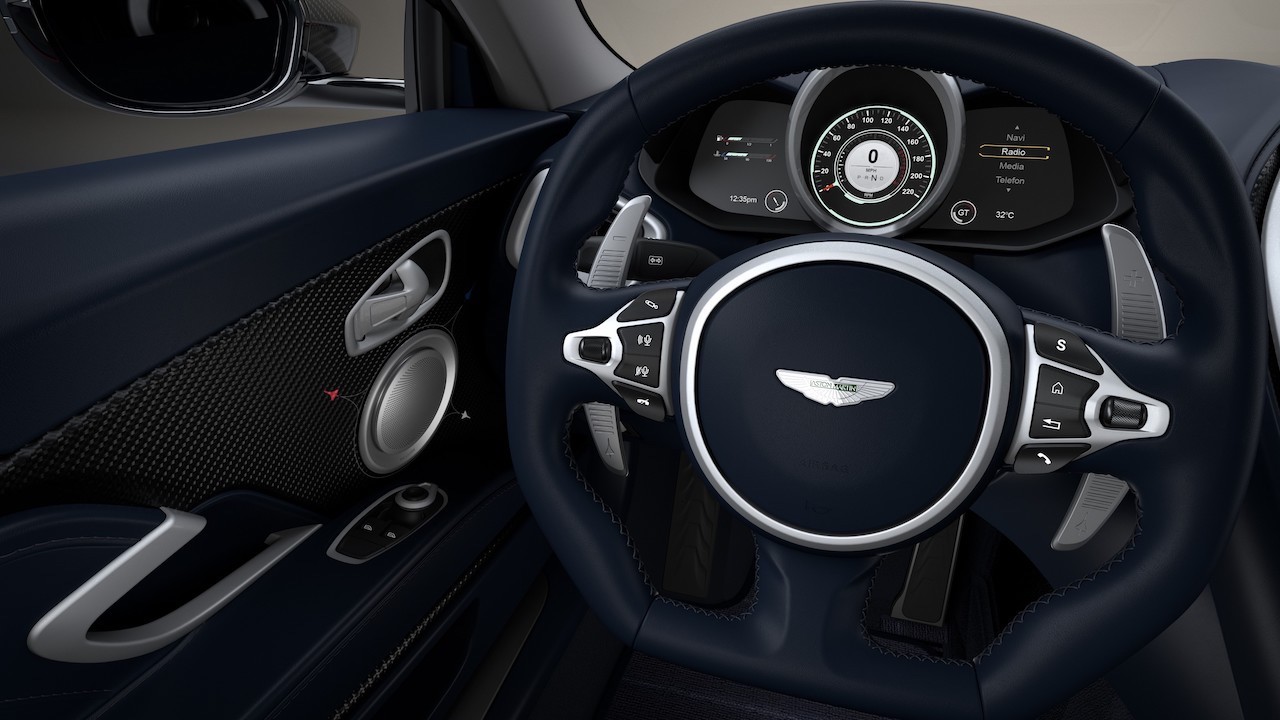 The coolest detail, though, is the most subtle, which isn’t a difficult task when the changes inside include yellow markings of the aircraft’s top speed and operating altitude. It’s the shift paddles, which were machined from the titanium compressor blades from a Concorde’s Rolls-Royce/Snecma Olympus 593 turbojet. There are, of course, more Concorde logos scattered around the interior including on the seats, centre console, and door cards. They seem to have missed a beat in leaving the speedometer reading as is, instead of letting the driver watch as they rocket to the top speed of Mach 0.28. 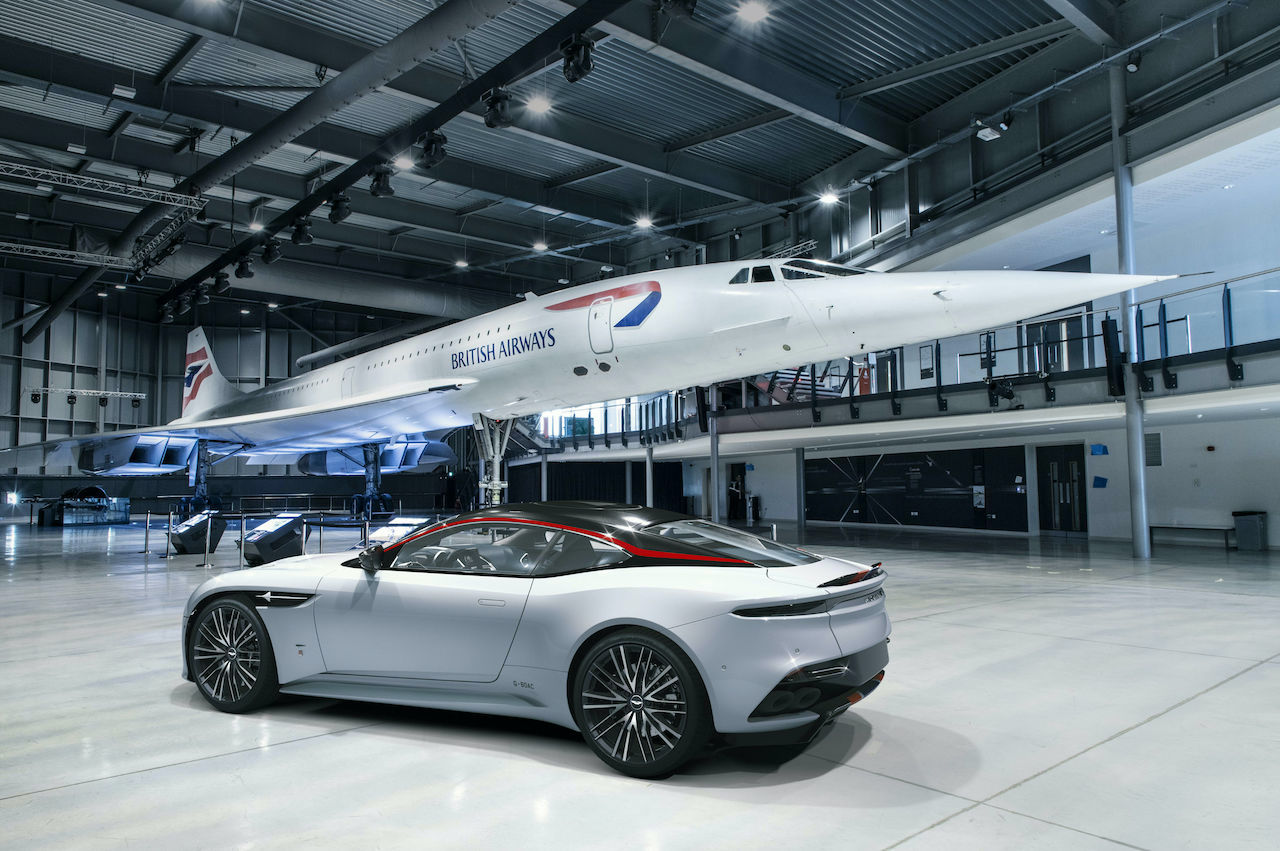 The model will be limited to just 10, all for sale through Aston Martin of Bristol, though based on the photos at least one will be left-hand drive. Aston says some of the proceeds will go to the Air League Trust, a non-profit that helps underprivileged kids learn to fly or take on careers in engineering.