The 2021 Acura TLX Finally Gets the Power Upgrade it Needs

It will be offered with two turbocharged engines, and it’s about damn time

The old Acura TLX is one of the most disappointing cars I have ever reviewed. It’s crime wasn’t that it was particularly bad at anything. Rather, that it was so plain and ordinary, it would make a middle manager eating a Wonderbread sandwich blush.

While the fit and finish was nice, it certainly wouldn’t pass as “luxurious” in today’s market. And while it boasted a capable AWD system, even with the most powerful 3.5-litre engine, it made a barely acceptable 290 horsepower and accelerated like a steam ship.

Even with as many of the nannies turned off as Acura will allow, putting your foot down in the current TLX results in less of a roar and more of a yawn. It’s a lazy, unexciting, humdrum barge designed for the kind of person who is more interested in pushing pencils than burning rubber.

I thought it was particularly bad value for money when compared to more exciting and powerful sedans like the Dodge Charger. I also thought it was baffling that it didn’t borrow more DNA from the very exciting Honda Civic Type R.

To their credit, Acura seems to have heard this criticism and is making an effort to inject more performance and excitement into their sports sedan.

Acura promises that the 2021 TLX will be offered with the option of two more powerful turbocharged (finally) engines, a 10-speed automatic transmission, improved electronic steering, a double wishbone front suspension which will replace the MacPherson struts and a brake-by-wire system that’s been borrowed from the NSX supercar and which will replace the old hydraulic assist system. 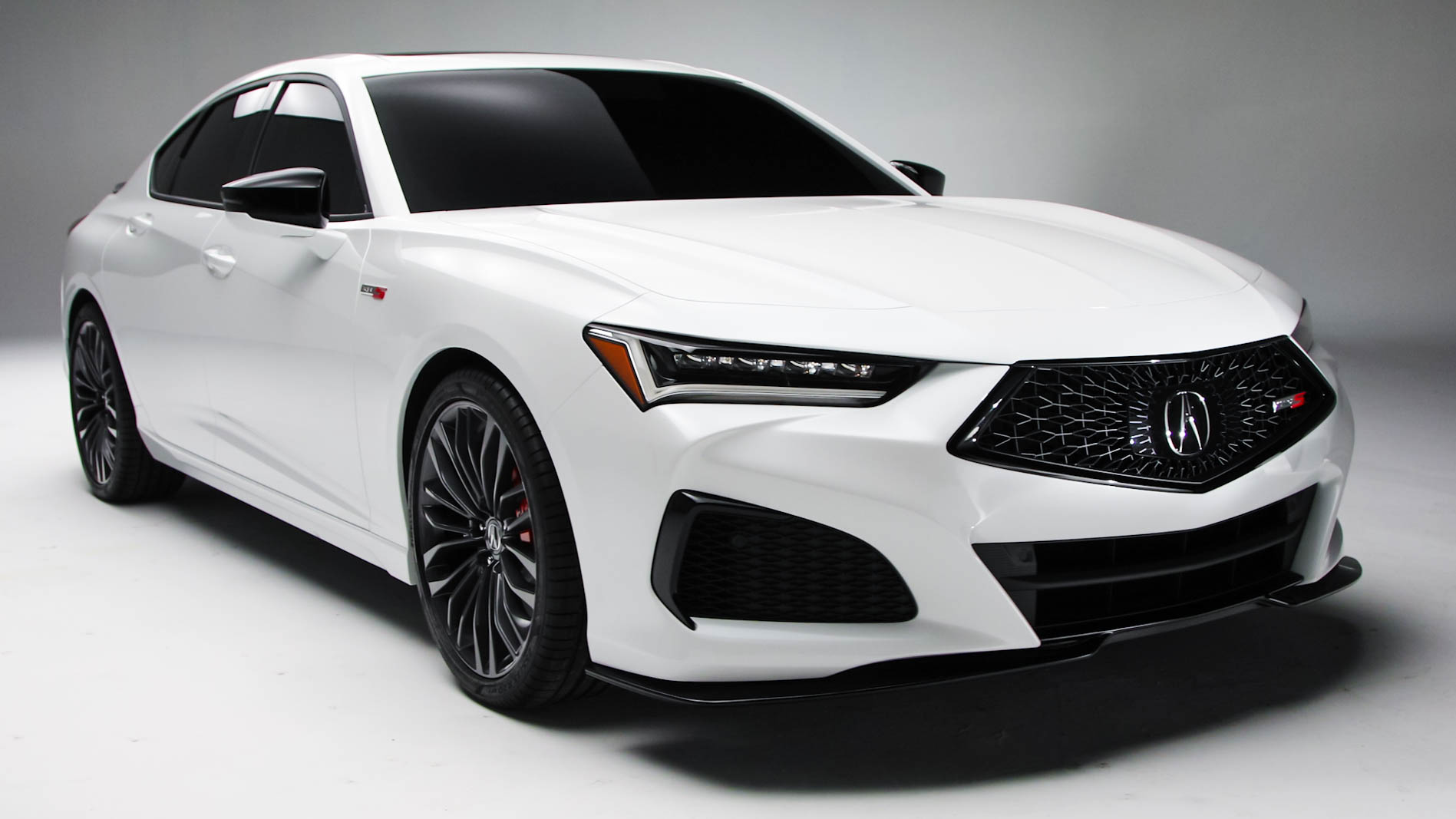 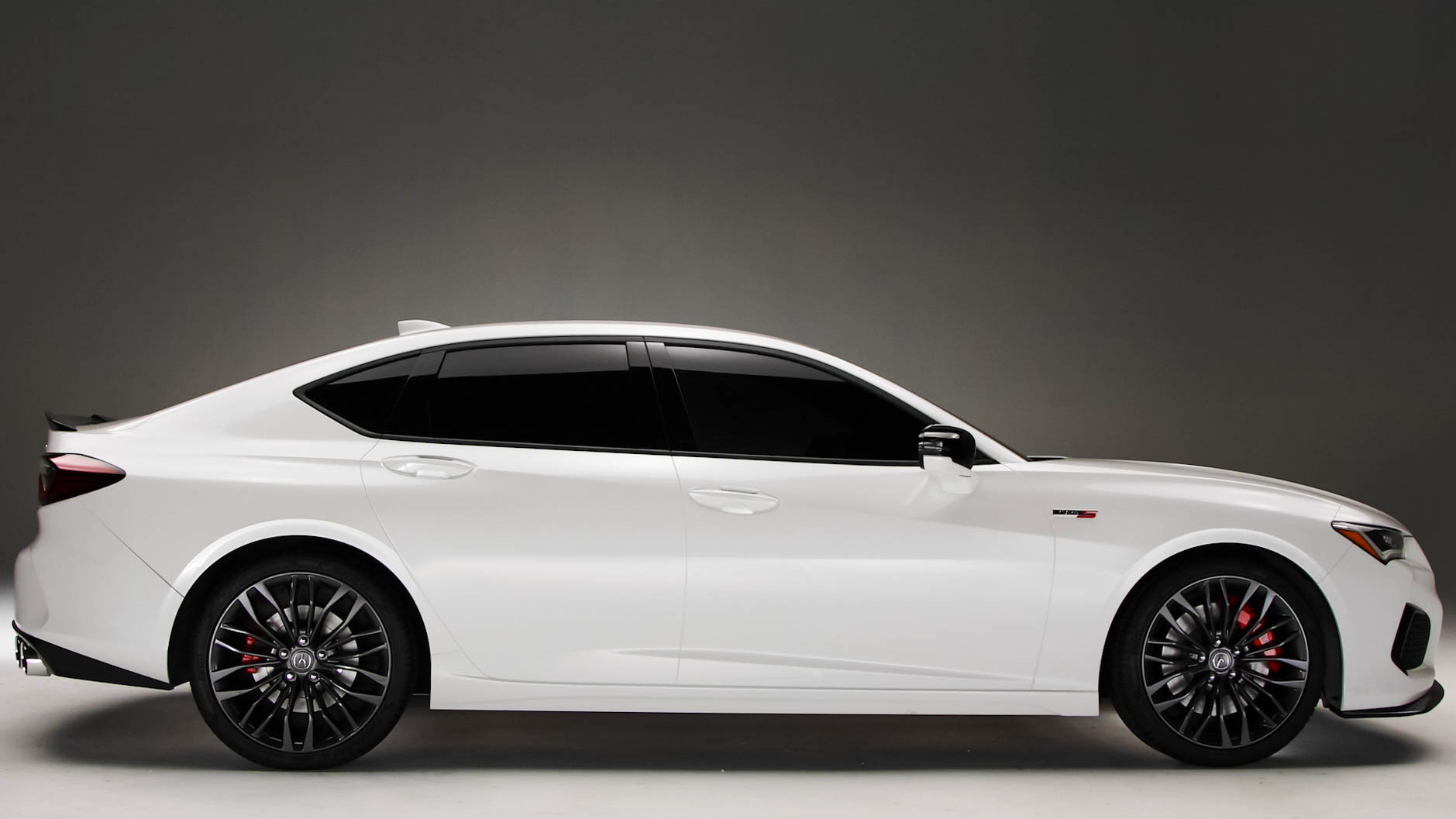 Apparently the system in the new TLX will transfer up to 70 percent of engine torque to the rear axle during normal driving conditions,”while continuously apportioning up to 100 percent of that rear-axle torque between either the left and right rear wheels.”

“Additionally, the rear axle is continuously overdriven by 2.9 percent, which amplifies the yaw moment effect of left-to-right torque transfer, elevating performance through sharper and more accurate turn-in, and improved traceability when cornering,” says Acura in their press release.

Which is a long-winded way to say “goes around corners better, favours oversteer.”

Most notably, Acura is introducing a Type S high performance variant which features the larger and more powerful of the two turbocharged engine options, as well as aerodynamic elements including a rear decklid spoiler, aggressive front splitter and rear diffuser, and large quad exhaust outlets which are designed to visually reference the 2007-2008 TL Type S. Exclusive 20-inch wheels will be offered on the Type S, wrapped in 255-series performance rubber. Brembo brakes will also bolster the Type S’ drive by wire system. 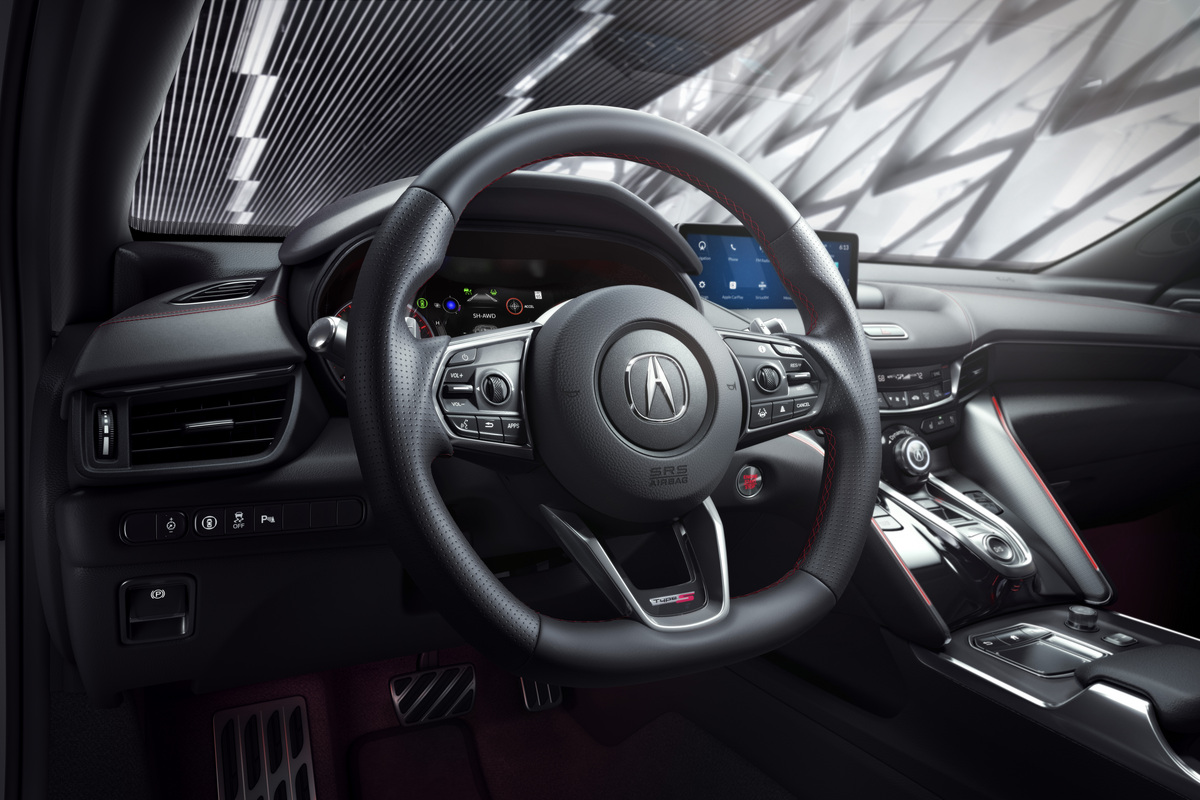 The promise of better braking, cornering and grip are all very welcome updates. But the most exciting, and frankly, necessary performance update is, of course, the power.

The new TLX will offer a 2.0-lire turbocharged VTEC engine producing 272 horsepower as standard. No word on whether this is the same 2.0-lire turbocharged VTEC which is used in the Honda Civic Type R — although, accounting for the additional parasitic loss that will be caused by the TLX’s 10-speed automatic transmission versus the Type R’s manual, they do seem to make about the same power in addition to having the same dimensions.

The Type S will offer a 3.0-litre, 24-valve, DOHC direct-injected and turbocharged engine which Acura says was “developed by some of the company’s most experienced powertrain engineers, including members of the team that developed the NSX’s bespoke twin-turbocharged V6 hybrid power unit.”

“Compared to the outgoing, naturally aspirated 3.5-litre V6, the new engine delivers dramatic gains in peak horsepower and, more critically, in torque, across the engine’s full operating range, including a more than 50-percent increase in low-end torque,” claims Acura. 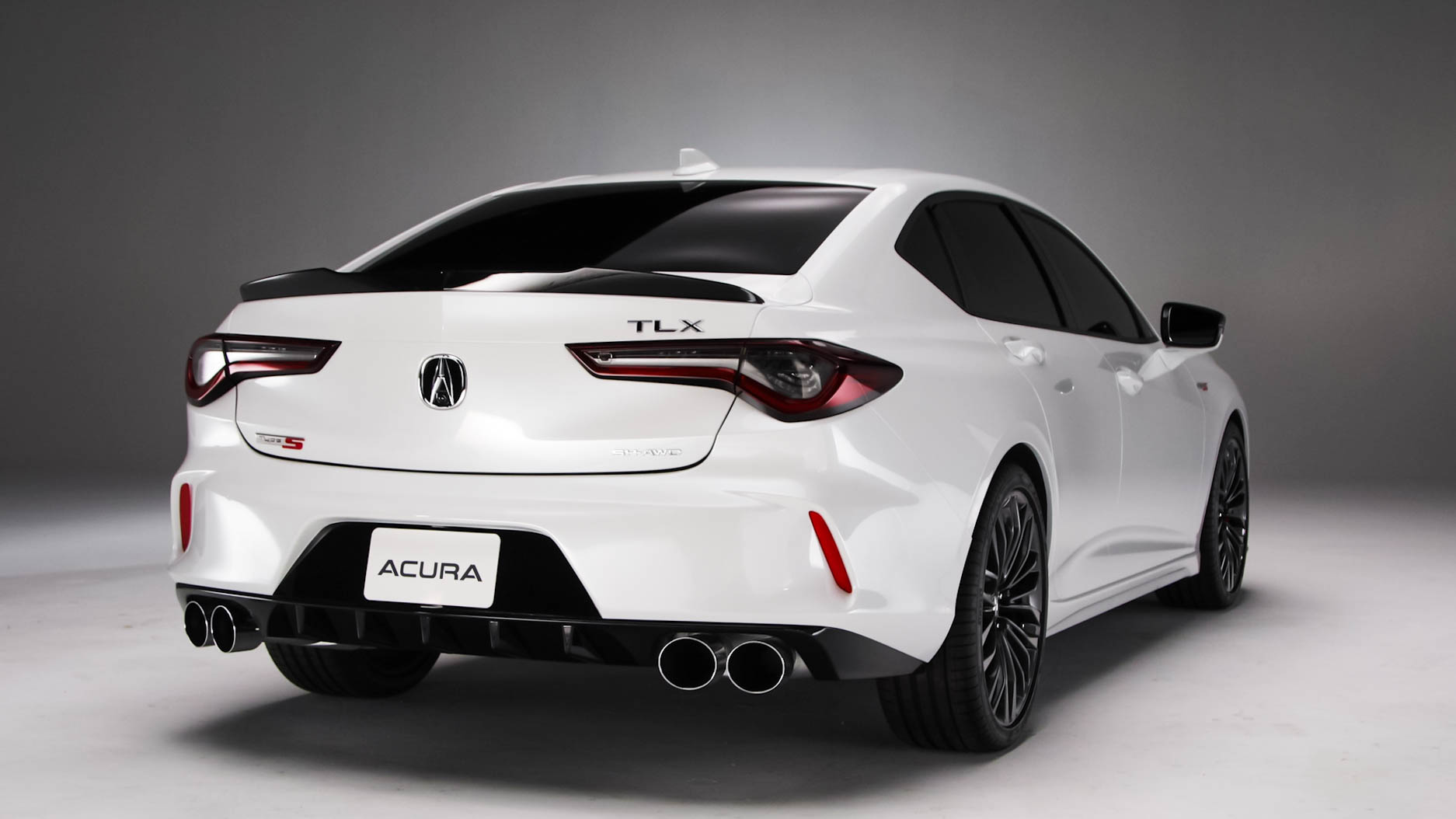 Acura hasn’t given us any official numbers on the power of the Type S. Final specifications for the new engine, including power output, will be released closer to the official launch. However, if that “50-percent increase” is any hint, that means power may be up around 400 horsepower and torque.

This would be a very, very good thing. If I’m honest, this is the car I was expecting the old TLX A-Spec would be. I wanted a gutsy sports sedan capable of blowing off every GTI or 330i that dared press their luck.

That was not the old TLX. But there was a bigger problem than just the outright speed. Besides not being as fast as its competition like the Dodge Charger SRT or Lexus IS 350, the TLX was just dreadfully unexciting.

Being fast is one thing, delivering excitement is another. The Type R is the perfect example of this, and why I said that the old TLX really needed some of that same philosophy of fun injected into it.

The Type R isn’t a quarter mile rocket or even an unforgiving corner carving rally car. It’s a usable, everyday car that, when you put your foot into it, does it’s very best to excite you—to remind you that you don’t have to be a grown up all the time.

That’s what was missing from the old TLX. It was like a graphing calculator. Technologically proficient at getting its job done, but utterly joyless. It didn’t have a soul and it didn’t want you to have any fun. Ever.

What the Charger teaches us is that your average “whatever” 4-door is transformed into something very exciting when you add lots of horsepower and even more torque. So it bodes well then for the 2021 TLX that Acura has put so much effort into improving the power.

It’s nice to see that Acura has embraced criticism of their outgoing product and put some mind behind making it a more in the marketplace.

Sure, there is a temptation to say “No duh, Acura. This is what the TLX always should have been. This isn’t an upgrade, it’s catching up.”

But I also think acknowledging flaws is a difficult thing for a company to do. And so I’m rooting for Acura to over deliver here and prove that there’s still plenty of value and fun to be had from a sports sedan wearing a big “A” in its grille.