And it’s all about that grille.

BMW’s latest is nearly here. The all-new 4 Series coupe has just been revealed, and well, BMW must be hoping that this one wins by a nose. Because the Kidney Grille face that has been on BMWs for nearly 100 years seems to be a parody of itself. But the rest of the car is more conventional BMW, with more subtle shaping and sculpturing, and somehow managing to make 19-inch rear wheels look tiny.

BMW’s intent in splitting the 3 and the 4 into separate labels a generation ago was to let them make a coupe that was more expressive. And the designer responsible says they’ve done it with this nose that harkens back to some of BMW’s classics. Like the 303 of 1933, the first to wear the tall split kidneys, and the E9 models of the 1970s that BMW brings up every time they want you to remember how they became what they are today.

We’re hard-pressed to argue that, since making the split grilles run the full height of the car isn’t new for BMW, it’s just that when they’ve done it before, the number plate didn’t need to go smack dab in the middle. We understand, though, that it’s a polarizing look, and that based on the X7’s big nose, buyers will probably love it, so we won’t talk about it anymore.

Down the sides of the car, the sculpting of the lines is far more subtle. L-shape taillights extending into the flanks helps to widen the car visually but, at least in this deep blue launch colour and in photos, there’s not much going on here. Which reminds us of some of BMW’s best styling, like the E36 coupe of the 1990s and the E46 of the early 2000s. Subtle over brash. 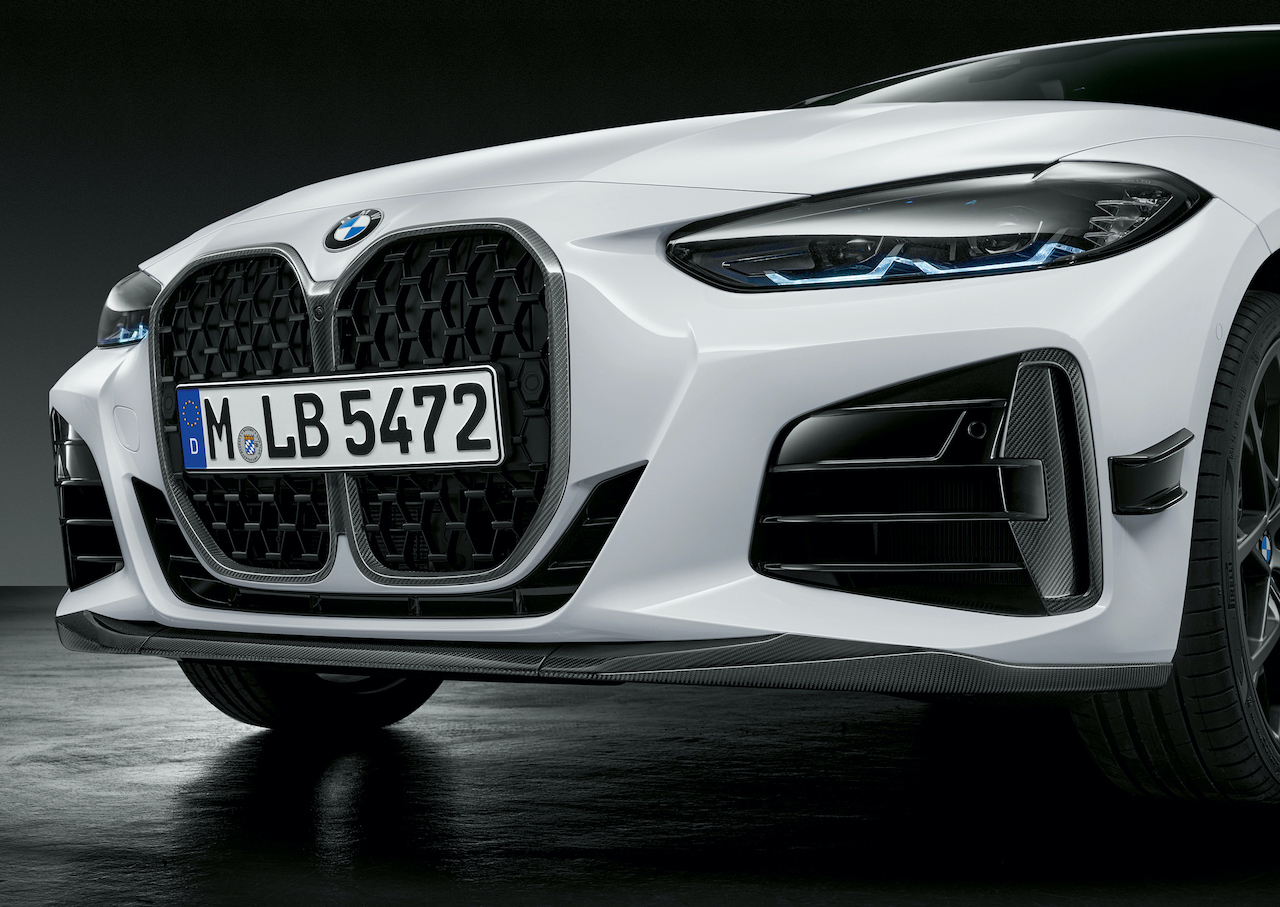 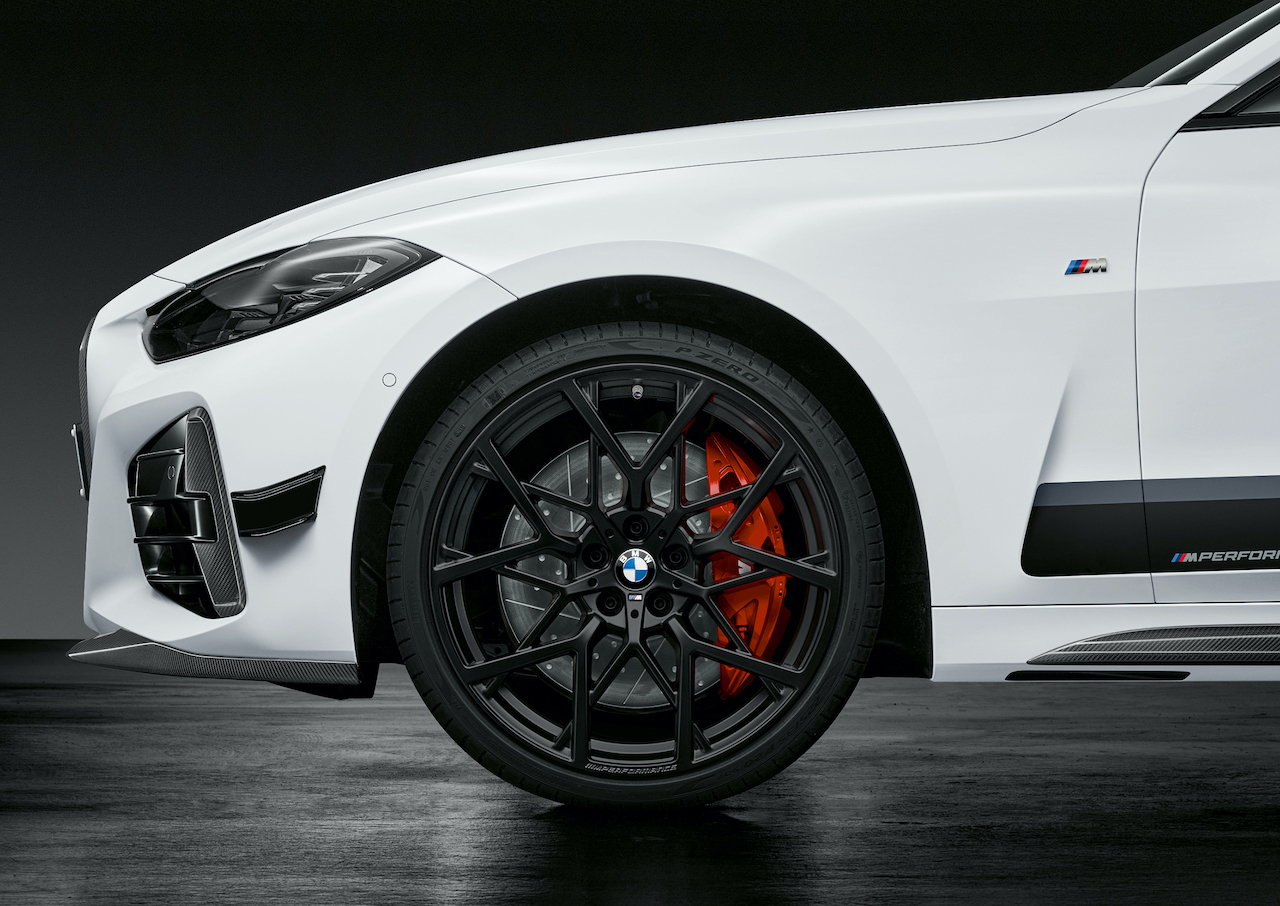 The new 4 will arrive in two versions, the 430i and M440i, both with xDrive all-wheel drive, and surprisingly the sports coupe is longer than the sedan. About 60 mm extra from bumper to bumper. It’s also 25 mm wider, 60 cm lower, and has a wider track, all on the same wheelbase.

BMW will use the extra grille openings (ok, one more time) to cool the more powerful engines. The 430i gets a 2.0L turbo-four making 255 hp and 294 lb-ft of torque, increases of 7 and 36 respectively. The M440i version gets a 3.0L turbo inline-six that gets a healthier bump of 62 hp and 39 lb-ft to 382 and 369 total. That’s enough to get you to 100 km/h in four seconds. Both engines get an eight-speed automatic with launch control. The gearbox has a new hydraulic system to improve response and efficiency, BMW says.

The big engine also gains BMW’s 48-volt mild-hybrid electrical system that adds a starter/generator and 48V battery to recover energy from deceleration and use it to power the car’s electrics (reducing engine demand) or to boost performance in hard acceleration with up to 11 hp extra on-demand.

Underneath the 4 are lift-related dampers that change the damping force progressively based on the spring travel. So if the wheel is extended or compressed, the shocks will do different things to control the vehicle. Stiffer damping, stouter springs, and beefier anti-roll bars help the 4 to be more sporting than the 3, and an M Sport suspension comes standard here, meaning even firmer bits plus stiffer mountings and bushings and more camber. 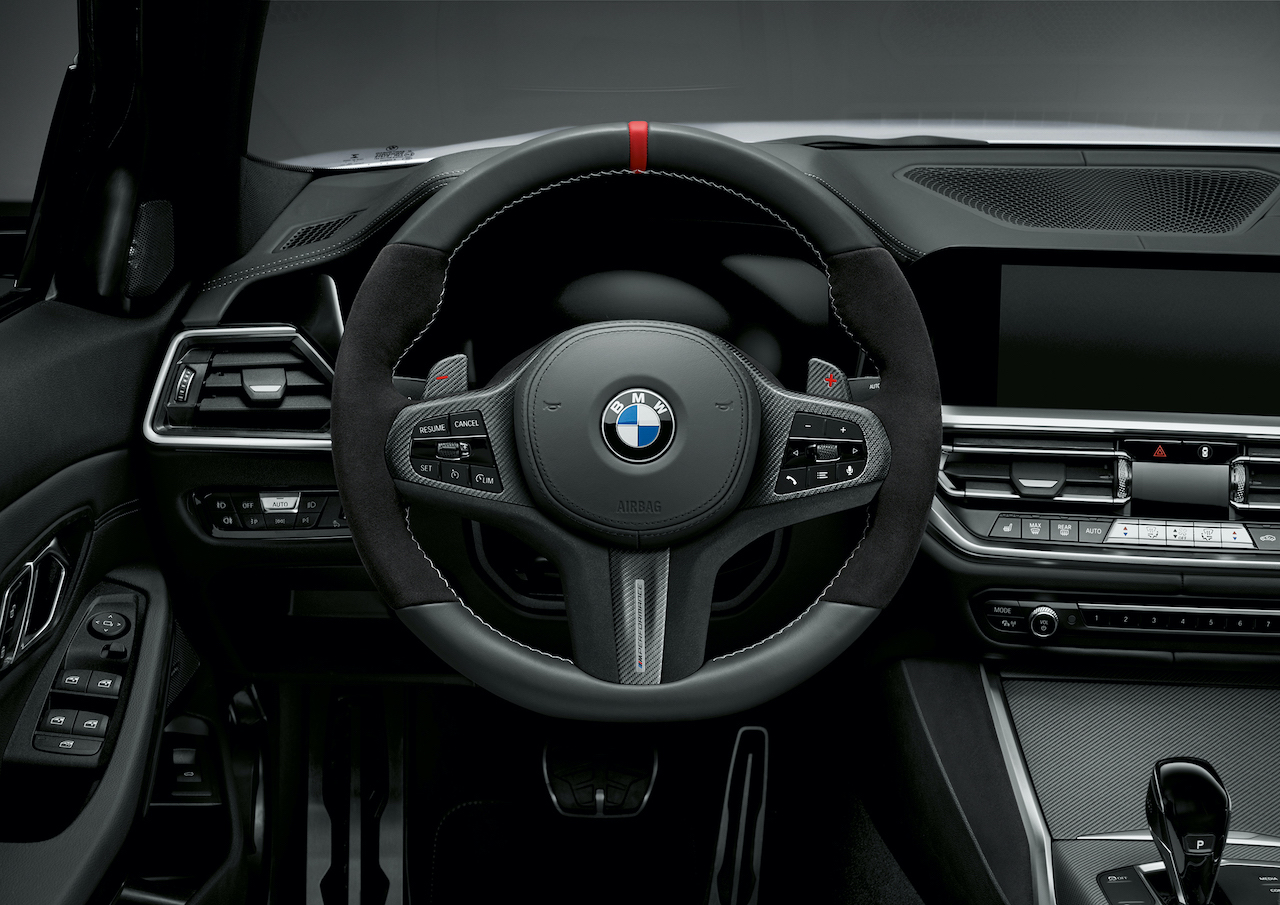 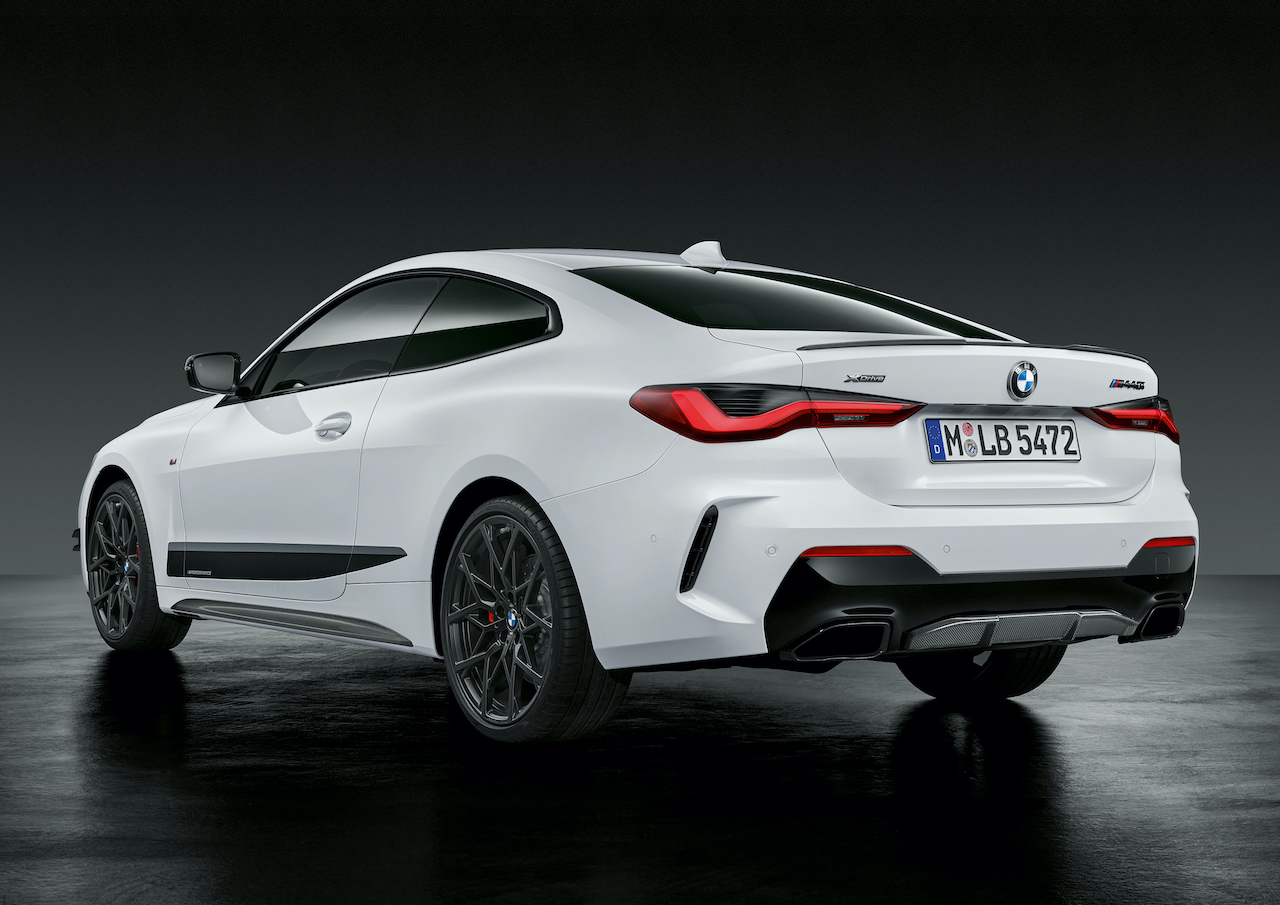 Adaptive M shocks are optional, letting the driver pick comfort or sport modes, and changing the valving on each wheel to suit the road conditions of that moment. An adaptive mode bases its firmness on how you’re driving at the time.

Inside, the cockpit is much less controversially styled than the outside. It’s largely identical to the sedan, with BMW’s current array of thin vents and real buttons sitting below an infotainment screen (8.8-inch on 430i and 12.3 standard on 440i) that’s both integrated into and floating above the dash at the same time. That system has new “Hey BMW” voice-activated features and can distinguish between driver or passenger to adjust, say, the temperature only on one side. The system can now roll down the windows or adjust the AC, with the glass also able to be lowered via GPS. Say when you pull up to your usual drive-thru speaker. Wireless Apple Car Play is standard, and Android Auto is now available as well.

Driver aids on the list, though BMW says this one is about you driving, including lane departure warning with steering correction, collision warning with braking, blind-spot detection, and cross-traffic alert. Optional are active cruise with traffic jam assist (hands-free in stop/go traffic), side collision avoidance, and emergency stop assistant, a feature that can bring your car to a stop at the curb if you have a medical emergency.

The new 4 will arrive in four. Months, that is, set to hit dealers here in October. Pricing will be released later this month.