Rubber revolutionized a family, a country and a way of life as it became a symbol of perpetual motion.

Follow its path and you’ll also follow the wheels of progress just the way Edouard and Andre Michelin did.

Aristide Barbier, the maternal grandfather of the Michelin brothers, had already joined his cousin Nicolas Daubree and discovered the advantages of rubber when they formed a small manufacturing business in Clermont, France, in 1832.

Daubree’s wife was the niece of the eminent scientist Charles Macintosh, who had discovered that rubber was soluble in benzene. She created balls of rubber which she used to play with her children. Her husband discovered the industrial possibilities of vulcanized rubber (hardened by treating with sulphur and heat), using it in his factory to make seals, belts, valves and pipes. But that was only where things got rolling.

After Barbier and Daubree died, the family business went into a serious period of decline. And by 1886 when Andre and Edouard Michelin took over the company, it was near collapse.

Andre knew he had to save the business even if he knew very little about rubber. He was an engineer, an architect and a successful businessman who had created his own metal framework company in Paris. On the other hand, Edouard had just finished his fine-arts studies and was beginning a career as a painter.

One spring afternoon three years later, an ox-drawn cart came into the Michelin factory yard carrying a bicycle with a punctured tire. It was unique as it had been fitted with a then recently patented rubber tube inflated with air and protected by fabric, a creation of Scottish businessman John Boyd Dunlop. The tire was glued to the lip of the wheel and, to be removed, required a complex process and many tools. 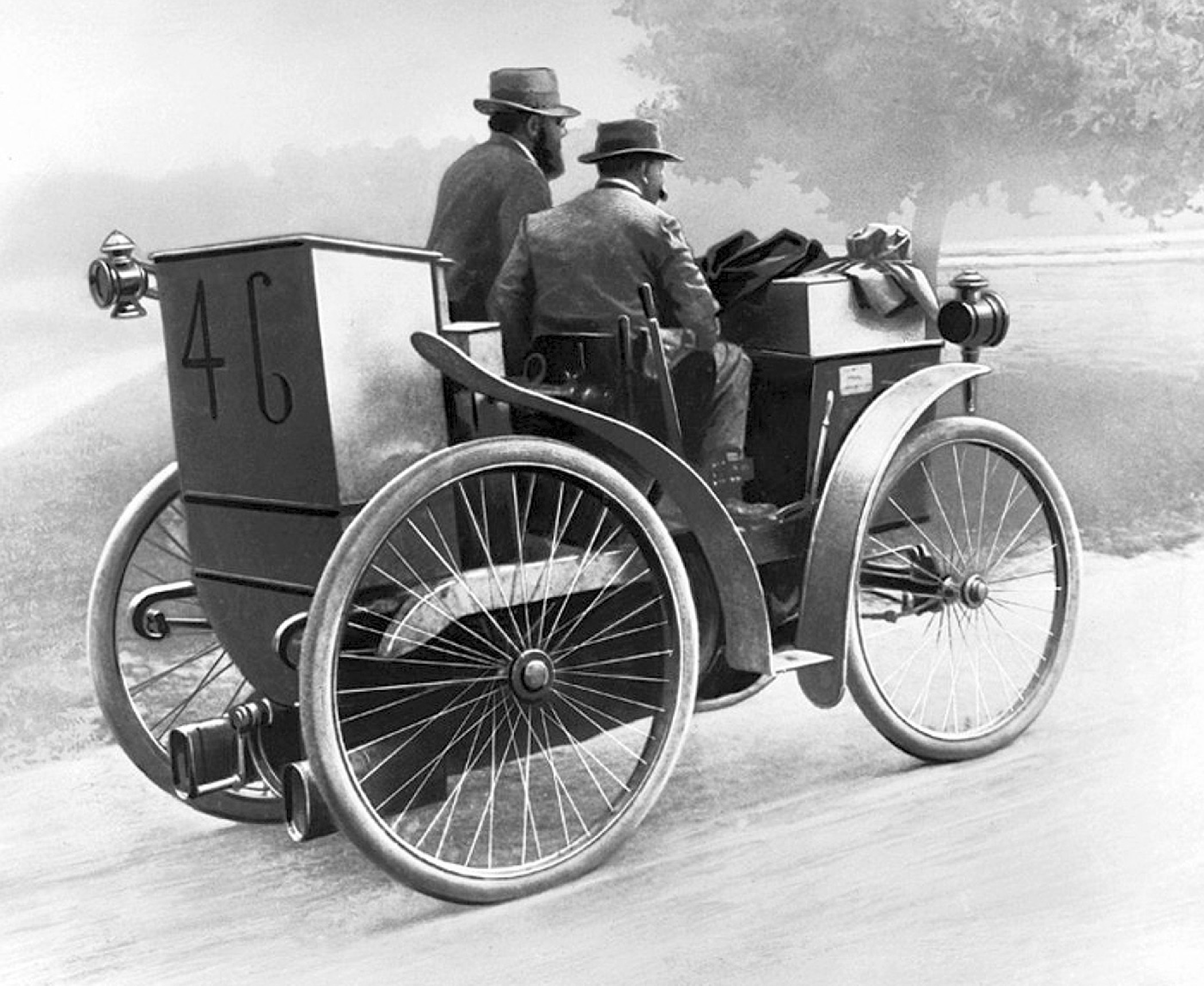 Edouard took the bike for a spin around the factory and was amazed with the comfort of the ride, its speed and handling. He felt the future by the seat of his pants, if only the tire could be easier to repair. Edouard’s brainstorm altered the way the world rides today.

After spending more than a year working on an idea, the Michelin brothers unveiled an easily detachable Michelin tire at the Paris-Brest-Paris bicycle race on Aug. 14, 1891. Famed racing cyclist Charles Thery rode the new air-filled Michelin tire to victory, even after suffering a puncture, by replacing it in the French countryside.

Four years later in 1895, the Michelins created a vehicle called l’Eclair (lightning) to help demonstrate the feasibility of using changeable tires on automobiles. In a heroic performance that lasted 100 hours, the L’Eclair did exactly that, overcoming a series of breakdowns and one flash fire to complete the 1,190-kilometre Paris-Bordeaux-Paris race, one of only nine entries to cross the finish line. The car and the pneumatic tire became inseparable.

Immediately, the Michelin brothers, working day and night out of their Clermont factory, achieved astonishing growth by serving the new automotive industry with the first air-filled, changeable tire.

It helped the Ford Model A become more than just a novelty. It helped the Michelin brothers turn a small, faltering rubber shop into a world player in an emerging market.

Andre was the marketing brains, helping create Bibendum — the Michelin Man — after a visit to the 1894 International Fair in Lyon. Edouard was the head of research and oversaw the production process. Together, they built an empire.

Soon, double bus tires were being produced, factories were opened in London and America, roads became marked better, planes were fitted with better tires and a car’s fifth wheel, or spare tire, was even produced. Over the next 30 years, they revolutionized auto travel, creating tread patterns, low-pressure balloon tires, steel-cord tires and anything that would make life easier. In 1900, the first Michelin Guide was published: a red-cover booklet offered for free to drivers.

By 1931, 42 years after helping lead a family company out of ruin, Andre died and left an empire behind. His brother died nine years later.

Together, they transformed a small factory into an international group. The company had grown to employ tens of thousands of people, from just two.

The creative painter had become an industrialist. The engineer was known as a public-relations whiz.

Today, Michelin is just as big, and the context of the Michelin brothers’ respective destinies is just as astonishing.

All through July and August, Wheels will pay tribute to the people and vehicles that have become legendary in the world of automobiles. Next week we take a look at The Michelin Brothers and  Vincent Hugo Bendix and the Citroen 2CV.