Things to consider before riding in winter

Does the first snowfall have to signal the end of biking?

You spent all summer on two wheels instead of four, but now that the temperatures have plummeted to zero does it mean that you’re stuck on four wheels for the next six months? Not necessarily, even in Canada. Things are a little different though, so we spoke with an industry expert and a longtime winter rider to find out what you need to consider to drive a motorcycle in the winter.

If you’re in Vancouver, you probably don’t need to worry about anything. Winter lows there rarely drop to zero, meaning you’ll need little more than some warm gloves and maybe an extra layer or two. Almost everywhere else is a different story.

Nova Scotian Scott Josey has been a winter rider for decades, even racing motorcycles on ice. He says that heated grips, warm socks, long underwear, a balaclava, and gloves can make things more bearable when you’re exposed to the elements. Motorcycles create their own windchill, and cruising at 100 km/h on a 0 C day can make you feel like it is double-digits below freezing.

His thoughts on winter road riding? “No, that’d be foolish.”

The reason is less about the cold and more about the roads. “As soon as the salt is down? Done,” he said. It’s a sentiment echoed by David Grummett, director of communications for the Motorcycle and Moped Industry Council.

“When the salt and the sand gets spread on the road? It’s likely time to put your bike away,” he said. Riders already know that ice and snow leave them with zero traction, but salt can catch the inexperienced off guard.

The salt considerations are twofold. First, motorcycles come with less corrosion protection than cars. They tend to have more chrome, too, which quickly rusts in a salty environment. You can work around this problem, though, Grummett said, by waiting for days when the salt has been washed off of the roads, and by washing your bike immediately after the ride. 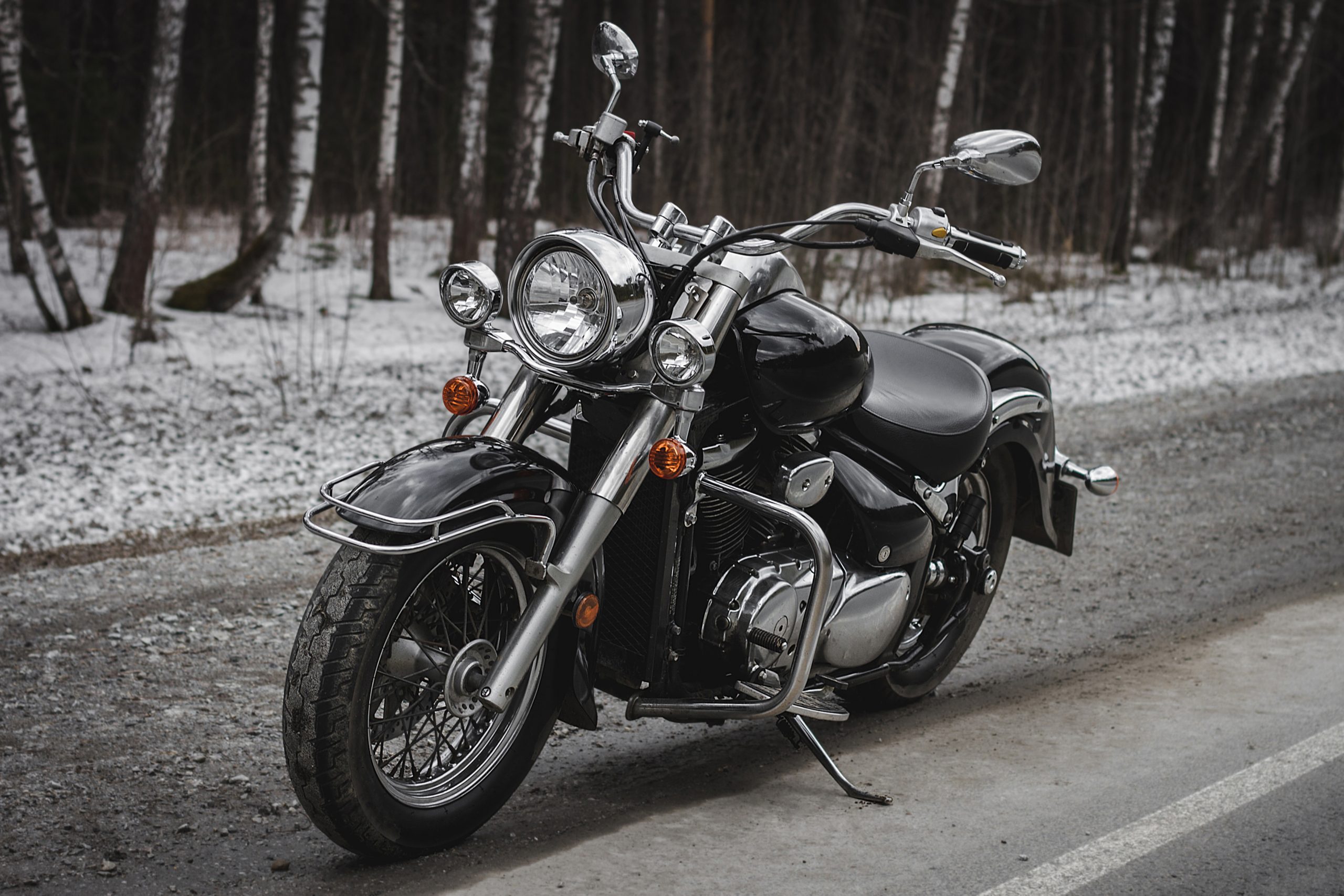 What you can’t work around are the effects of salt on traction. Riders already know that bikes have tiny contact patches compared with cars and trucks, so it doesn’t take much to lose traction. White-coated winter roads are slick, and that can put riders in peril. Salt that is still granular on the road, as well as sand and grit, also put riders at risk.

Motorcycles don’t come with all-season tires. Quebec requires proper winter tires in the winter, even on motorcycles, putting many riders there in the garage. Motorcycle tires wearing the mountain snowflake certification exist, but selection is extremely limited in our market.

In the past, riders were likely to cancel their insurance come fall, but Grummett says many companies and riders have streamlined that and coverage is likely in place all year. You should check your policy before riding, but this is probably one less thing you’ll need to worry about.

Josey said that winter riders should test their antifreeze mix to make sure it’s winter-ready. He said that most bikes already have motor oils that are winter-ready and that other lubricants are also good to go. Carburetted bikes might need some tuning to deal with the denser winter air, but fuel injection can compensate.

Off-road riders swap their summer tires for special rubber loaded with metal studs intended for rally cars. A stiff tire with loads of surface area for more studs means more grip. He said that frozen trails and the right studs can give you even more traction than summer riding. Frozen ground means less mud on the rider and easier water crossings (when the ice is thick enough).

Slower speeds and a higher level of exertion from trail riding mean you’ll stay warm, too. Josey said that the same gear used in the spring is enough for the winter.

So if you’re considering riding in the winter, salt is your enemy as much as the temperatures and ice and snow. Wait for bare pavement that’s free of salt and bundle up. Or tow your bike to the trail and find a whole new type of fun.