Toyota Canada has announced that the Toyota RAV4 Prime will makes its first appearance in Quebec and then rolled out to the rest of Canada as the year progresses.

During the virtual announcement of Toyota Canada’s pricing and rollout strategy for the RAV4 Prime, Stephen Beatty, vice-president with Toyota Canada said the RAV4 Prime’s rollout will follow the template set out by the Prius Prime that first debuted in Quebec then made its way across Canada. As production ramps up and the pipeline in Quebec gets filled, the 2021 RAV4 Prime will then start to roll out in British Columbia and then the rest of Canada.

The 2021 Toyota RAV4 Prime joins its sibling the RAV4 Hybrid as the second electrified RAV4 for the Canadian market. Built on the current generation RAV4 Hybrid technology the RAV4 Prime will come equipped with more powerful motor generators, a new high-capacity Lithium Ion battery and other powertrain enhancements. According to the material made available to the media during the presentation, the vehicle’s plug-in hybrid system will provide some 302-system horsepower and allow the RAV4 Prime to accelerate from 0-100 km/h in six seconds, which Toyota said will make it’s the second-fastest vehicle in Toyota’s lineup after the GR Supra.

More detailed information about the vehicle’s hybrid powertrain and technologies will be provided when Toyota Canada makes the 2021 RAV4 Prime available for journalists to drive in the next few weeks.

Beatty added that that the company has already seen ‘unprecedented demand’ for the RAV4 Prime. “What we are seeing are very large numbers of hits on our website from people looking for information about the vehicle, and I do know from casual conversations with dealers of the customers coming in and placing deposits on the vehicle.” 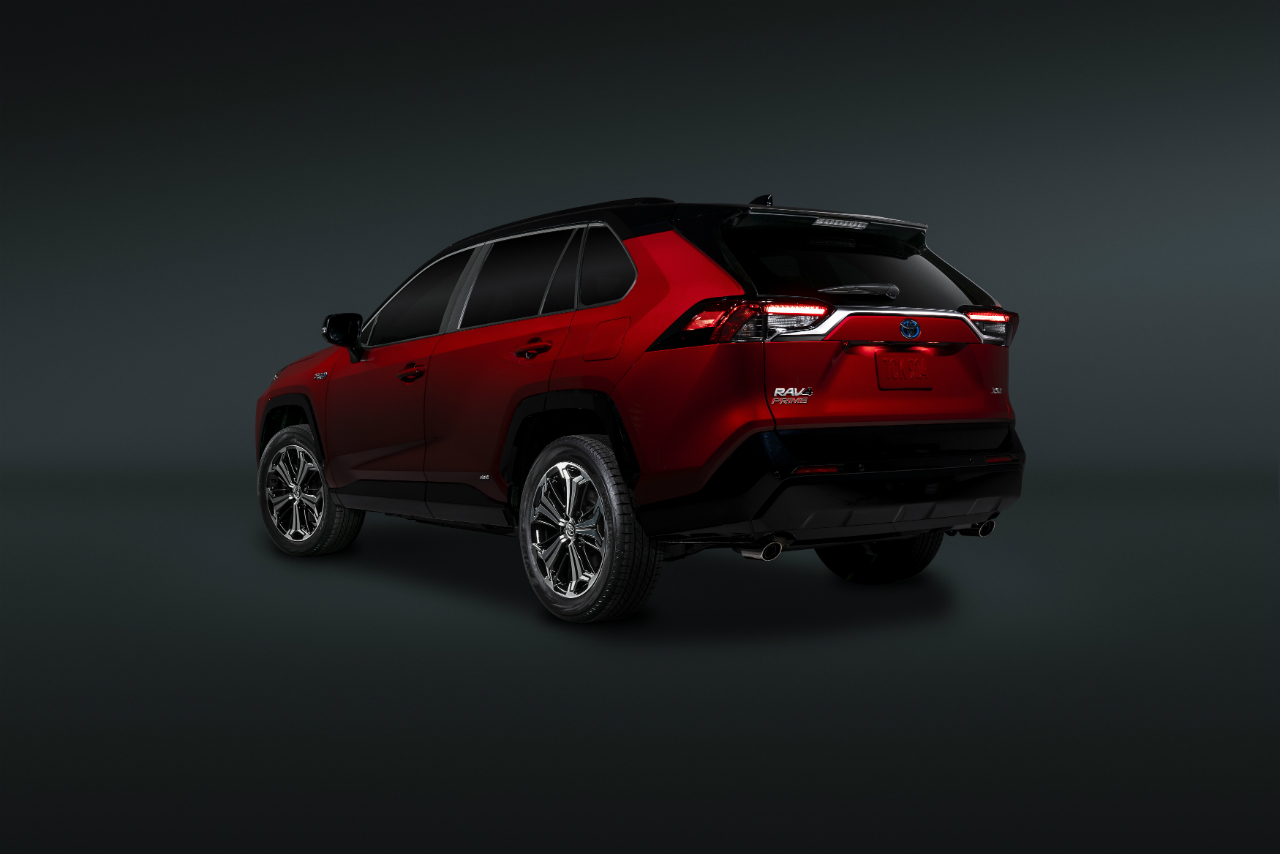 The RAV4 Prime will come in two ‘sporty’ versions – the SE and XSE, and the XSE will have an optional Technology Package.

The Technology Package that can be added to the XSE for an additional $5,400 will bring a range of extras including a panoramic moon roof, an 11-speaker JBL Premium display audio system, auto headlamp leveling and adaptive front lighting system, and a kick-sensor activated power back door just for starters.

Every RAV4 Prime will also come with Apple CarPlay and Android Auto connectivity plus Connected Services by Toyota, and all models will feature Toyota Safety Sense 2.0, a backup camera and Blind Spot Monitoring and Rear Cross Traffic Alert safety technologies.