Its pair of TSO50 racers are the pinnacle of hybrid technology — the absolute cutting edge of research and development. The full day of pushing them to their limits will work its way down into the engineering of millions of Priuses and Camry Hybrids that the Japanese company will sell around the world.

LE MANS, France — Victory was so close here, less than four minutes away before the car broke down, but Toyota had other successes at last weekend’s big 24-hour race.

Its pair of TSO50 racers are the pinnacle of hybrid technology — the absolute cutting edge of research and development. The full day of pushing them to their limits will work its way down into the engineering of millions of Priuses and Camry Hybrids that the Japanese company will sell around the world.

The racers don’t have much in common with Toyota’s ordinary road-going cars, but that’s not the point. Their hardware and software endured more here at Le Mans than those regular cars ever will, pushed hard by competition from other manufacturers. The lessons learned in the race will benefit hybrid drivers everywhere.

For Toyota, race development is as much about saving fuel as it is about making and handling power. It’s why its cars are entered in the LMP1-Hybrid class, which is fastest of all the classes entered at Le Mans. The hybrid technology adds extra electric horsepower, but it’s wasted if the cars must pull into the pits too often to refuel.

“There’s a lot of thought going into how we manage the amount of energy that we have available to us — that’s a major, key turning point in motorsports,” says Vinh Pham of Toyota Canada, who drives a production Prius in the international EcoRally series. That’s a time trial at highway speeds that rewards drivers with the best fuel economy.

In the past, “a lot of it was go, go, go — go as fast as you can, and you wouldn’t think at all about how much energy you have. Here at Le Mans, you’re given an exact amount of fuel that you’re allowed to burn per lap, and you have to manage that amount of energy that you’re using. The same thing happens in a Prius. That’s the tie-in to it all.”

This year, the amount of available fuel for cars in the World Endurance Championship was reduced by 7.5 per cent. The Toyota TSO50 racer was redesigned almost completely from its predecessor to accommodate this.

It has motor generators both front and rear that capture the energy used in braking; that energy is stored in a high-powered lithium-ion battery and released as a boost in power when needed for acceleration. It’s the same principle with a Prius, which uses the stored energy as either a boost in power or a boost in fuel conservation.

It’s not just about the power, though — the suspension is redesigned to minimize tire wear, and the bodywork and chassis now provide better airflow all around the vehicle. It may look nothing like a Prius, but the lessons of its improved aerodynamics are used in the wind tunnel for the next generation of road-going cars.

“In a 24-hour race, the efficiency of the vehicles will make a big difference in the hybrid class,” says Pham. “This thought towards energy management is not just in WEC — Formula 1 is seeing the same type of energy recovery requirement. You’ll hear the engineers get on the radio (to the drivers) and say: ‘You need to harvest more this lap. Get on the brakes a little earlier.’”

The research is not all about trickling down, though; with energy management, there’s a lot of trickle-up as well from the related development of the road cars.

“Every step of the way is going to help us,” says Pham. “Realistically, the torque of an electric motor is far greater than anything an internal combustion engine can create. When you have instantaneous torque right away, coming out of a corner, what driver doesn’t want that?”

Ultimately, however, the most important quality of any car — road or track — is reliability. This is where the torture test of a 24-hour endurance race shows itself, because the car must reach the end of the race to win.

Le Mans is the greatest torture of the World Endurance Championship. The other eight races in the series are all six hours long, but the cars here in France are pushed to their limits for four times as long, clear through the night to the following day, with no let-up whatsoever.

The No. 6 Toyota lost time here when it spun out in the morning, and the No. 2 Porsche gained and kept a comfortable lead. Neither could catch the #5 Toyota, however, which was the fastest car on the track. It pulled ahead during the night and held a lead of more than a minute all the way until almost the end.

Almost the end. Five minutes before the checkered flag, driver Kazuki Nakajima radioed that he was losing power. A minute later, the car died near the finish line. It would have been Toyota’s first victory at Le Mans after four podium finishes — the excitement in the garage became heartbreak.

In the end, the car was disqualified for not completing the final lap in a minimum time, and the race went to Porsche, with the second Toyota taking second place.

You can bet next year’s Toyota racer will be more reliable. You can also bet the next-generation Prius will be just a little more reliable too. Some lessons are learned the hard way.

The writer’s travel and related expenses were covered by Toyota. To send feedback, email wheels@thestar.ca and put Mark Richardson in the subject line. 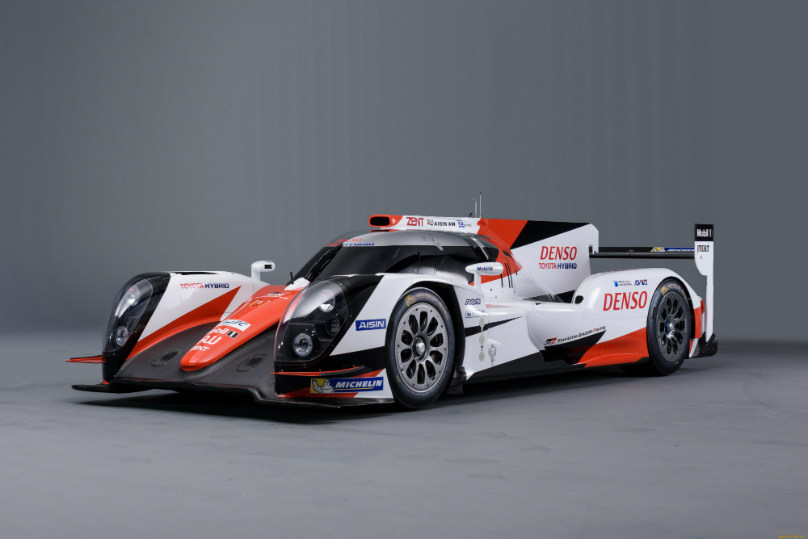