Troller TX4 is the Brazilian Baby Bronco We Want

it's a tiny Ranger with Bronco II looks and a very Jeep-like removable hardtop.

This Baby Bronco contender is only available in Brazil, but the Troller TX4 is a tiny off-roader that we’d love to see on our roads. One that looks like it offers serious rock-ready capability, a beefy diesel engine, and shift-on-the-fly 4×4.

The Troller name is part of Ford Brazil, but it started as a small company building vehicles of its own. It didn’t join the Ford family until 2007, but its off-road vehicles have already made a big splash, including making strong showings at the Dakar Rally. Add Custom Tags

Under Ford’s umbrella, the two-door T4 SUV is built on a shortened version of the Ranger pickup. So it’s a tiny Ranger with Bronco II looks and a very Jeep-like removable hardtop.

The X in Troller TX4 stands for an automatic gearbox. In place of the six-speed stick of the Troller T4, this one gets a six-speed automatic borrowed from the Ranger parts bin. Like the T4, the TX4 gets a 3.2L Duratorq five-cylinder diesel, which makes 200 hp and a very healthy 347 lb-ft of torque. 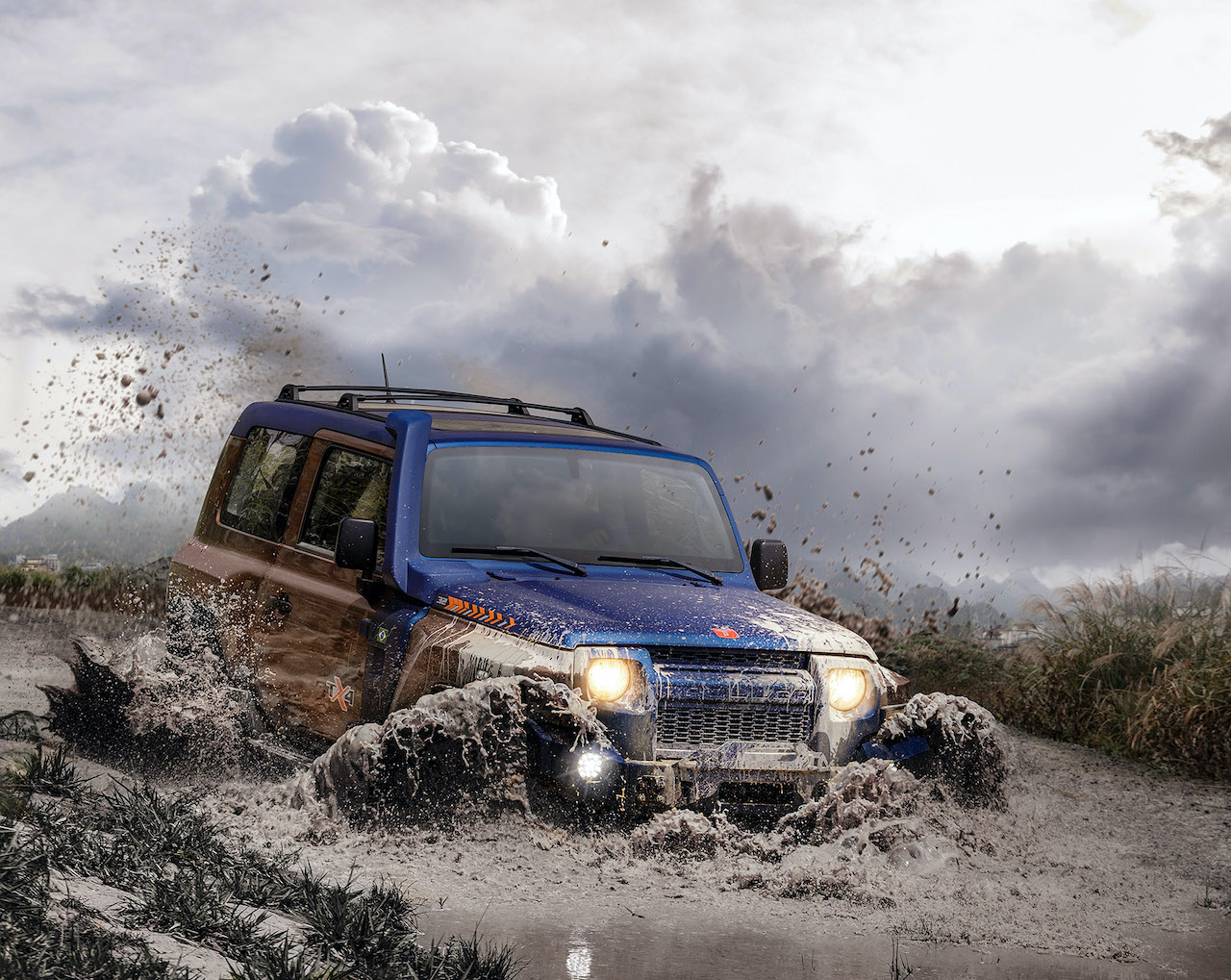 Making the TX4 X-tra special, though, is a whole load of off-road accessories. Making this one even more Bronco-like, the TX4 comes with that big snorkel on the fender along with beefy steel bumpers front and rear. Look under the doors and you’ll spot the rugged, open-grate side steps making it easier to hop in and out with muddy footwear. LED headlights sit inside the Troller grille, and there are Hella auxiliary lights that shoot long-range light but can be safely submerged. Pirelli Scorpion tires in 245/70 R17 help the Troller TX4 scramble along trails.

It’s got a healthy load of equipment inside, which is a bit of a surprise for a little rugged beast like this. There’s a double glass sunroof, dual-zone climate control, alarm, upfitter panel with off-road navigation device preparation, and a JBL Harman Smart Car Drive infotainment system with a 6.75-inch screen, Android Auto and Apple CarPlay, and software updates. 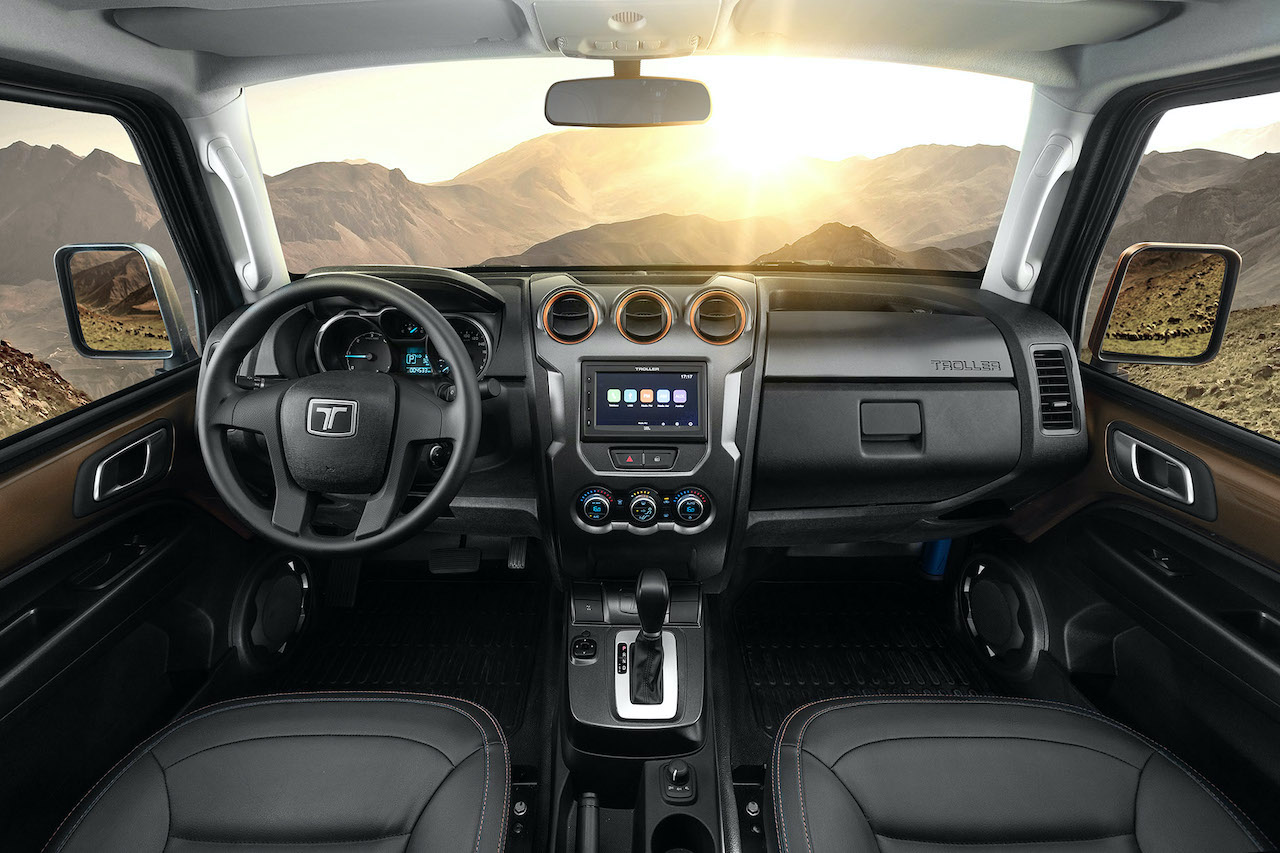 The Troller TX4 is available only with that blue nose, but the rest of the body can be had in orangey-brown, green, and silver. It would run R $ 167,530 at home, or about $51,700 Canadian, and that includes R $ 33,000 worth of off-road bits like the bumpers for just R $25,700 more than a T4. We can’t imagine Ford would have any plans to bring this Brazilian here, but we’d sure like it if they did. At least until the real Broncos, big and small, arrive on our roads. 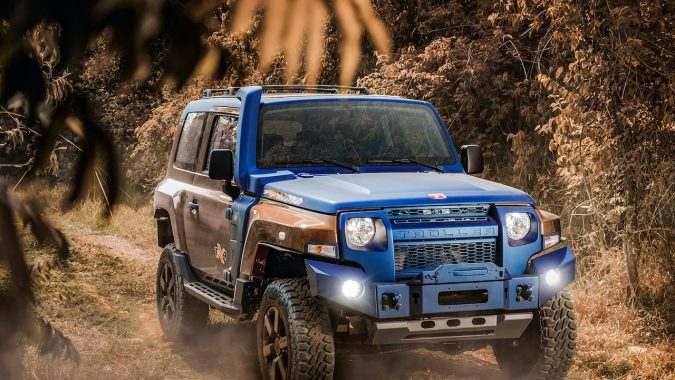 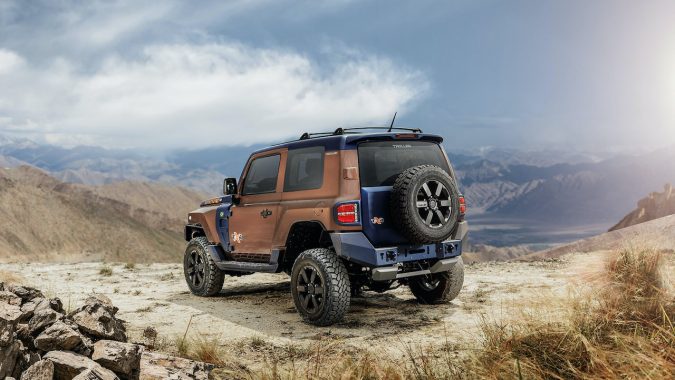 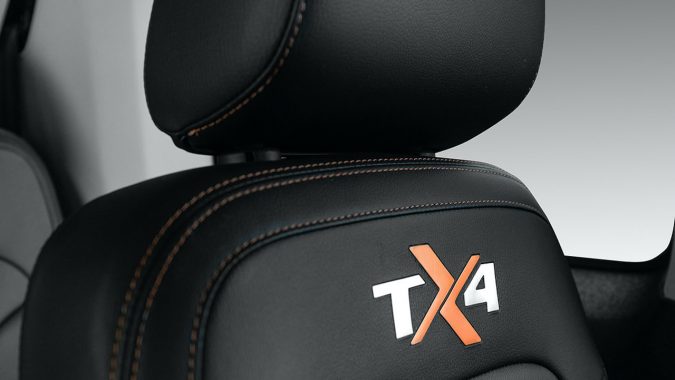 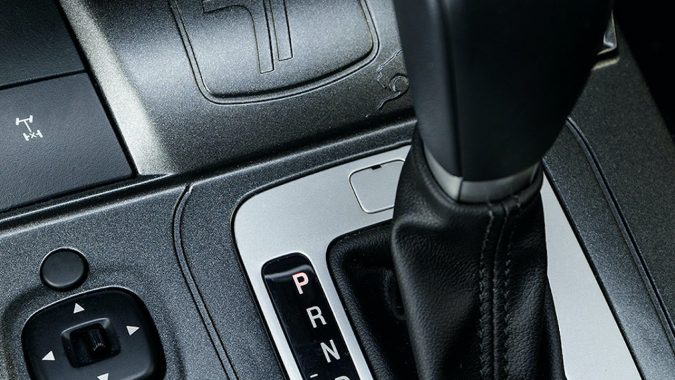 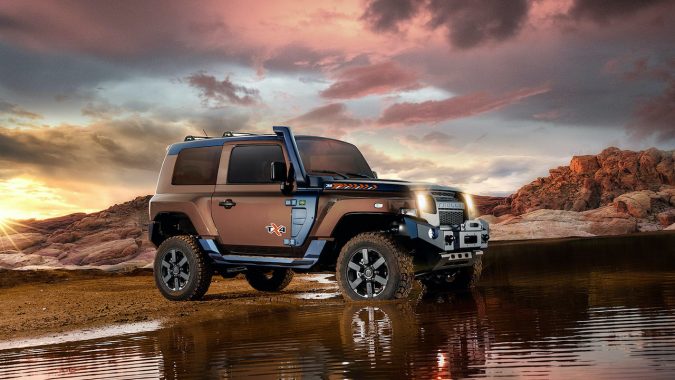