Unearthing the history behind a racing feud

I got to know him originally as a reporter, but when the Championship Auto Racing Teams (CART) series came to Toronto to race in the Molson Indy in the 1990s, he was doing public-relations work for PacWest Racing.

“I applied and they gave me the job,” he said as he handed me a PacWest pen, which I still have.

He did that for two years and the result was “Time Flies: A History of PacWest Racing,” which was published last August.

Another time, I was in Nazareth, Pa., for a race and had time for a tour of the Martin Guitar factory. I was walking from the speedway to the plant when I realized I was going to be late. I was at an intersection when a car stopped. I looked at the driver; it was “Oreo.” Before he knew it, I’d hopped into the passenger seat.

“Turn right,” I said, explaining that if I was late, I’d miss the tour.

That’s Oreovicz, frequent guest on Bob McCown’s old Fan 590 phone-in show, a guy who can look out his front window and see the Indianapolis Motor Speedway and who now chronicles all things Indy car: Nice guy.

Starting in 1996, open-wheel racing (or Indy car racing) had been in a mess. Tony George, head of the family that owned the Indianapolis Speedway, launched a rival racing series to the established CART called the Indy Racing League (IRL). From then until 2008, there were two series fighting to attract the same sponsors and the same fans. But the IRL had one thing the other didn’t: the Indianapolis 500, the biggest and greatest auto race in the world.

In the beginning, all the “big” teams – racing teams owned and operated by sportsmen/businessmen like Roger Penske, Chip Ganassi, Michael Andretti, et al – were loyal to CART. Penske, in fact, was one of four men (Jim Trueman, Pat Patrick and Dan Gurney being the others) who founded the organization. But one by one, they all – with two exceptions – moved to the IRL and that was for one reason and one reason only: the Indianapolis 500.

Many Indy car racing fans, those whose knowledge of history doesn’t go back much further than 1996 anyway, have always blamed Tony George for the rupture. As Oreovicz’s book points out, there is some validity to this. But as is the case in any divorce, it wasn’t all his fault and the CART crowd, and its management had to take some of the blame. The disaster that was the U.S. 500 — which was held by CART at Michigan International Speedway in 1996 while the IRL held the Indianapolis 500 — is just one example. 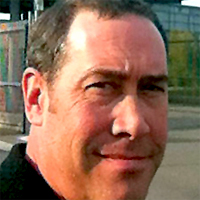 Oreovicz, the journalist, does a terrific job detailing all this. But what is amazing is that he ties together all the in-fighting that’s taken place in Indy car racing going back to 1955. Yes, that’s correct. Nineteen fifty-five, when the Le Mans disaster and the death of Bill Vukovich (and other drivers) nearly resulted in a worldwide ban of auto racing.

The AAA ran the sport in the U.S. from the beginning but pulled out after 1955. It was then replaced by the U.S. Auto Club (USAC), which was initiated by Anton Hulman Jr., a.k.a. Tony Hulman, owner of the Speedway and grandfather of Tony George. The USAC got lazy and that resulted in the owners of the racing teams breaking away in 1979 to form CART. Then came the IRL exit, then reunification and now IndyCar.

And it hasn’t just been the team owners who didn’t get along at times. Neither have the engine builders, or the tire companies. And who was running the show anyway? I didn’t count them up while I was reading the book but during the CART era alone, there must have been 10 CEOs. Can you imagine the severance every time one of them left or was fired? No wonder CART went broke, to be replaced by a company called Champ Car.

NASCAR, a dictatorship, benefited from all this. It was their way or the highway, unlike the Indy car business model that gave everyone a vote, which resulted in this book.

In late 2019, the Speedway and the IndyCar Series were purchased by Penske, seen by most in the IndyCar community — including Oreovicz — as a saviour. If anyone can keep everybody in line, it’s Penske – and his money. But I worry that Penske is 84 years old and will not live forever. Even if he has an airtight succession plan, there are few people in racing with the charisma and force of personality that he has.

As a result, I wouldn’t be surprised if the disagreements and dissensions that have plagued Indy car racing for just about forever aren’t really over.

“Indy Split: The Big Money Battle That Nearly Destroyed Indy Racing” by John Oreovicz is published by Octane Press and is available on Amazon.ca and at bookstores.