Buying a used plug-in hybrid electric vehicle (PHEV) in Ontario could be $2,000 more expensive by the end of this weekend, as two privately funded $1,000 rebates available for used PHEV buyers will expire by this Sunday at 11:59pm, though the rebates will remain for buyers looking for a pre-owned battery-electric vehicle on March 1st and beyond.

Program administrators Plug ‘N Drive announced the changes Thursday on the plugndrive.ca site. The current program offers any used plug-in vehicle buyer in Ontario with a $1,000 rebate when taking a one-hour EV seminar online by the non-profit EV organization, and another $1,000 if the EV buyer also takes any running internal combustion engine (ICE) vehicle off the road.

“This is a privately funded rebate and the funder made the decision,” said Cara Clairman, founder and CEO of Plug ‘N Drive. “He wants to focus his funding on fully electric (vehicles), where the environmental benefit is greatest, which is his prerogative.”

Meanwhile in Nova Scotia, the new provincial government announced on Wednesday that it will introduce EV rebates for both new and used plug-in vehicles: $3,000 for new vehicles, $2,000 off for used EVs, and a $500 rebate for e-bikes. 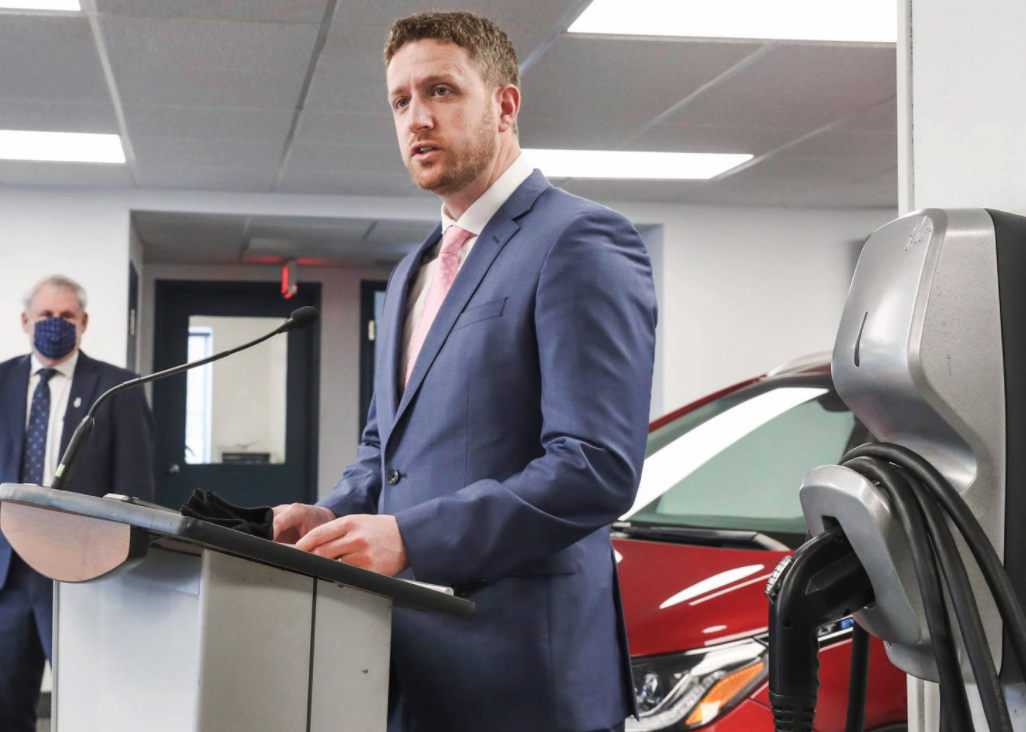 Recently elected Premier Iain Rankin announced said it was key to bring electric vehicles to the province and will apply to plug-in vehicles up to $55,000.

“The rebates will apply starting today,” Rankin said, in his first announcement as Premier, with further details on this and further energy efficiency measures with homes to be released in the next month, he said. “We looked at programs in other provinces, and this complements the federal government rebate program,” with a similar price cap of $55,000.

Rankin also said he committed during his campaign to expand EV fast-charging infrastructure in commercial businesses as well, in hopes of increasing EV uptake in the province.

Nova Scotia becomes the fourth province to currently offer an EV rebate, after Quebec ($8,000), BC ($3,000) and the Yukon ($5,000); the current provincial government in Ontario cancelled its EV rebate soon after it was elected in 2018. Not counting Ontario’s privately funded EV rebates through Plug ‘N Drive, Nova Scotia becomes the second province after Quebec (which offered up to a $4,000 rebate starting in 2019) to offer a provincial rebate on used electric vehicles.