What You Need To Know About EV Battery Fraud

If you're not sure about that second-hand electric car, an EV specialist can help.

Interested in an electric car, but finding current prices are a bit too high for your budget? Worry not, as the second-hand EV market is well garnished with a wide variety of appealing zero emission alternatives.

But while it’s true that an electric vehicle requires less maintenance than a gasoline one, resulting in second-hand models that are in great mechanical shape, consumers must stay on the lookout for a rapidly spreading problem in the second-hand EV market: battery fraud. Here’s what you need to know to avoid being trapped in an EV headache.

What kind of fraud are we talking about?

By battery fraud, we’re talking about batteries that are being replaced by older, degraded models. As demand for second-hand electric vehicles climbs, so does the demand for parts. The EV industry has also seen a rising trend in specialty shops stuffing newer, more potent battery packs in older EVs.

This is the case with Ingenext, a Quebec-based EV specialist located in the city of Trois-Rivières. The company purchases salvaged EVs for parts, but also to pimp up older models.

Guillaume André, the founder and president of Ingenext, realized that the Nissan LEAF Plus’s he had purchase from a U.S.-based auction site didn’t come with their original 62 kWh batteries. After inspection, he noticed that the cars were in fact equipped with degraded 24 kWh units from early 2011 to 2015 first-generation LEAFs. 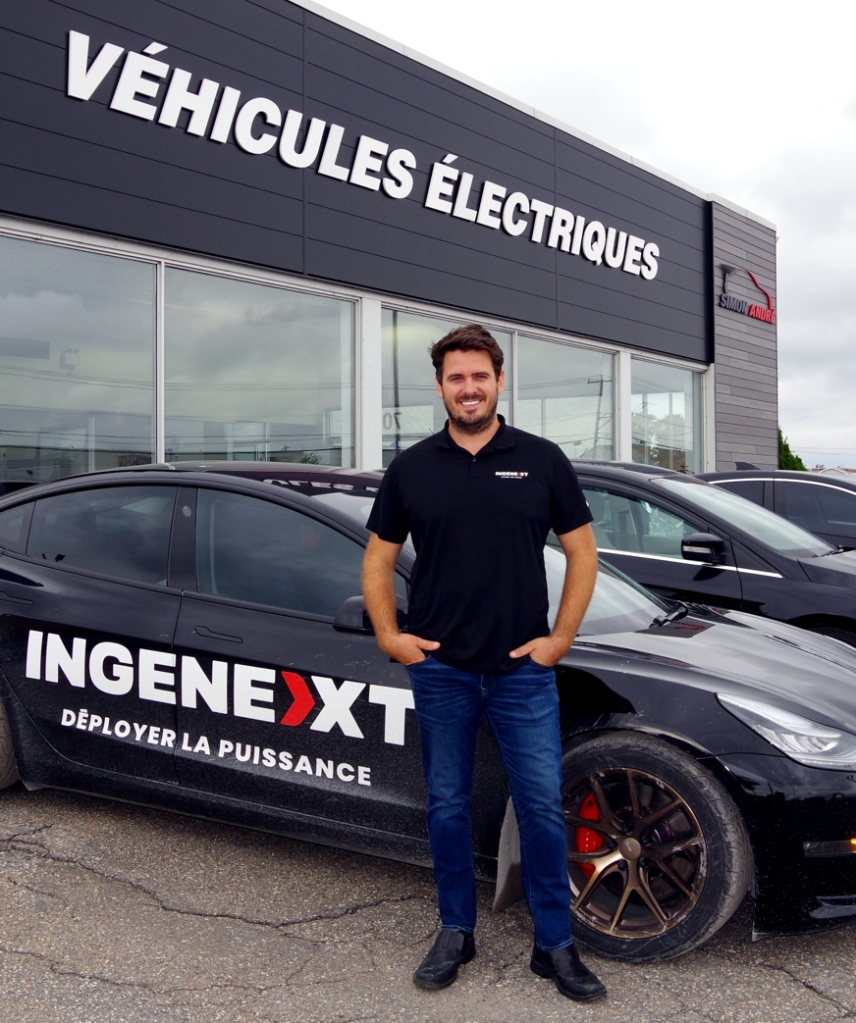 After doing some research, Guillaume André was able to pinpoint where the fraud had taken place. No, it didn’t come from IAA, the auction site who sold him the car. It came from EV Rides LLC, a specialized shop located in Portland Oregon who, just like Ingenext, installs new batteries in second-hand electric cars. EV Rides had kept the healthy batteries for itself before sending the dead LEAFs to auction.

André was able to contact the shop, and they agreed on some form of compensation. For reference, André told us his company paid a little over $20,000 (including shipping) for two useless Nissan LEAFs. But after exchanging a few times with EV Rides LLC, all communication suddenly ended. Guillaume André hasn’t heard back from them since.

We attempted to contact EV Rides to hear their side of the story, but they never wrote back.

How this affects you

But what does any of this have to do with you, the consumer? It turns out that this fraudulent battery swapping isn’t only happening on salvaged cars, but also on clean, well-running second-hand electric vehicles. What’s even more worrying is that in some cases, the dealership selling you the car isn’t even aware that the battery has been swapped.

And it doesn’t end there. André tells us that he once saw a Tesla Model X return from the auction with sandbags where a battery cell module normally sits. Apparently, these modules sell for $1,500 a pop. A Tesla Model S or Model X battery has 16 modules in total. Do the math.

Most dealerships are simply not aware of such practices. And since auction purchases are typically done quickly, there’s very little inspection taking place. And no, there is currently no law that prevents these fraudulent acts from happening.

“The auction has no legal responsibility over the quality of the items sold, so obtaining compensation from a fraud like this is pretty much impossible. We (retailers) end up stuck with vehicles that have very little market value,” Guillaume André told us during an interview. 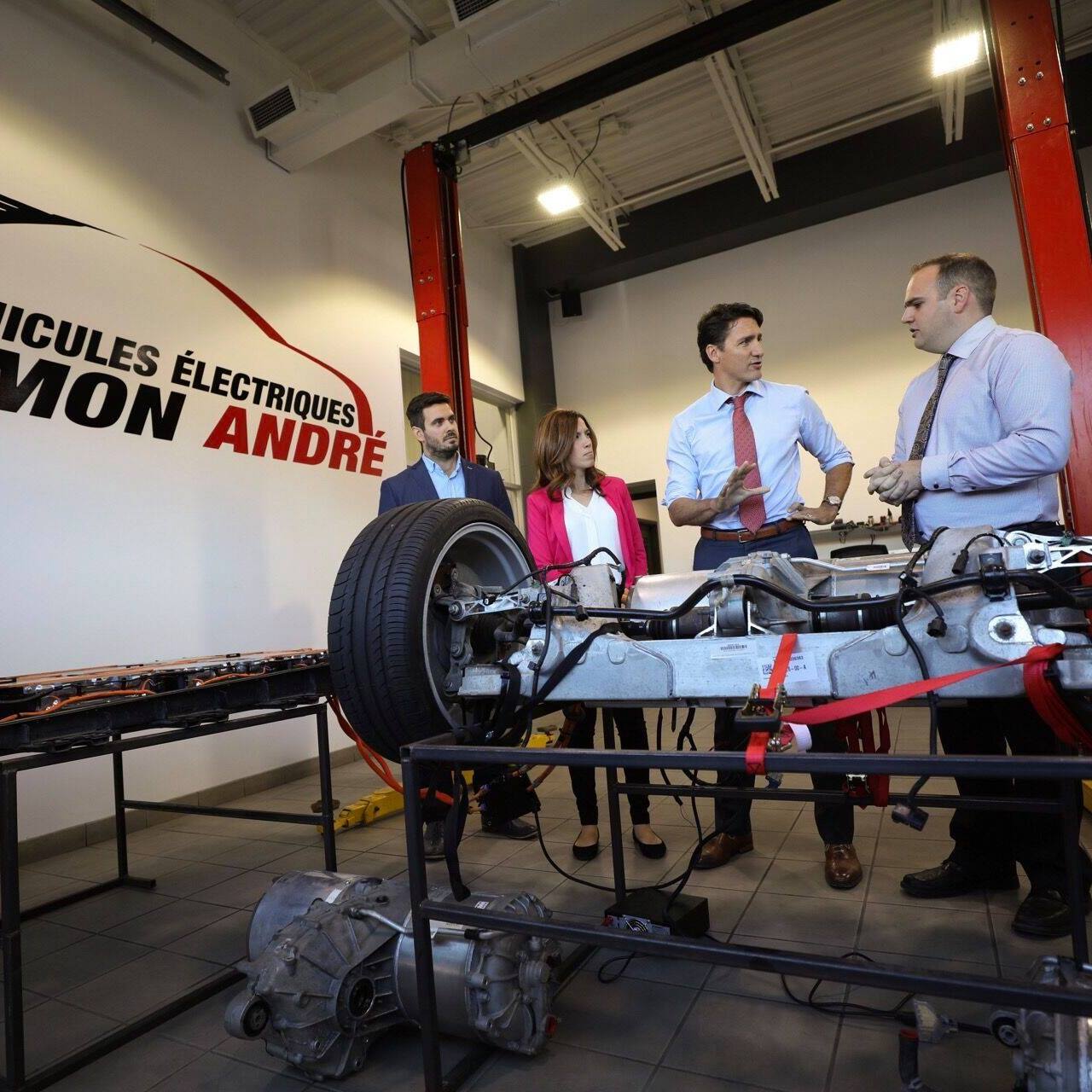 Perhaps what’s most alarming about this, is that it’s still all very new and that no governing body has yet imposed regulations on it. Finding concrete hard data on the matter turned out being much more difficult than we had anticipated.

For some insights, we contacted Daniel Breton, the current president of Electric Mobility Canada. We figured his vast knowledge of these vehicles and consistent devotion to EV consumer adoption would help us find more information on this growing phenomenon. Here’s what he told us:

“I have recently heard of this phenomenon as well. What I’ll say is that governments need to quickly impose regulations similar to rolled back odometers on ICE vehicles, or consumers will once again end up paying the price for these fraudulent practices,” explains Breton.

What to do before buying

The first thing you need to do before signing that check is asking to have the car inspected. If possible, try to have the car checked by an EV specialist. They tend to have the proper tools to evaluate battery degradation. They’re also typically very knowledgeable about EVs, so they should be able to pinpoint if the battery is original or not.

Once the car is up on the lift, remove the plastic covers protecting the battery and start looking for signs of battery replacement. If the plastic covers appear to have been manipulated, that’s an indication that something has already been fiddled with. Check the bolts holding up the battery. Do they look like they’ve been removed and put back on? That’s a dead giveaway.

All EV batteries have some form of inscription showing their model number and capacity, but some inscriptions, like the one on a Nissan LEAF, are harder to access since the sticker is located on the top part of the battery. This will require a full removal of the battery unit to properly inspect it, something an EV specialist can do rather easily.

The EV specialist can also connect the car to a computer to access the battery’s state of health. Every EV has one of those. However, Guillaume André tells us that he has seen situations where the software has been rolled back, because yes, one can reset an electric vehicle’s state of health. In other words, you can have a fully degraded battery, but your car is telling you that everything is fine. The only way to really know what’s going on is by removing that battery and properly inspect it.

If you think your electric vehicle has been subjected to battery fraud, know that the dealership is immediately responsible even if they didn’t do the swap. As a consumer, you are entitled to compensation or a refund if this applies to you.