Why Does It Cost So Much More to Lease or Finance an EV?

The short answer is EVs are novel and in high demand, but the long answer is a bit more complex

If pandemic-related deals sent you running into your local dealership thinking you’d finally be able to afford the electric vehicle of your dreams, reality probably felt like smashing headfirst into a brick wall.

That’s because while automakers have been offering extremely appealing borrowing rates to entice buyers back into showrooms during COVID-19 recovery – zero per cent interest financing for 84 months is suddenly not all that hard to find – EVs have universally been cut out of that equation.

According to data collated by this writer for the Autumn 2020 issue of Corporate Knights magazine, which is reprinted here with permission, the difference in interest rates between EVs and internal combustion engine (ICE) vehicles can be as much as 3.5 per cent, regardless of whether the vehicle is being financed or leased. This means that EV buyers are consistently presented with monthly payments that are higher than on ICEs, even if the starting price is identical.

Why won’t automakers offer EVs at competitive rates? The answers are varied and complicated.

Financing rates are usually where automakers offer the best deals because this is also where they have the most control.

The modeling presented here to demonstrate this is not intended to pick on Nissan; the same situation exists for several automakers. However, in the Corporate Knights data, Nissan showed the widest discrepancy in rates: in August, a Nissan Murano could be financed at a zero per cent interest rate for 60 months, while a Nissan Leaf Plus carried a rate of 3.9 per cent over the same term. This resulted in a monthly payment for the Leaf that was $90 higher – Ontario figures were used, which means there were no provincial rebates applied – with a total cost of borrowing of $5,377, versus zero cost of borrowing on the Murano for a much larger vehicle at a very similar overall price.

Why do automakers allow this to happen if they believe that electric vehicles are the future? Brian Murphy, vice-president of research and analytics for Canadian Black Book, said there are two significant factors at play. One is that EVs are not a profit driver for automakers, so there’s less wiggle room for selling them off at a bargain.

“Generally speaking, EVs for most manufacturers are either not very profitable or unprofitable,” Murphy said. “The finance rates that the automakers or their lenders offer, that’s the discretionary gas pedal they can use, (and) it’s just a function of how many vehicles they need to sell that month. … So, sometimes there’s not the incentive to offer generous incentives (on EVs), especially if they’re on track to their sales target.”

The other factor is that EVs are already in short supply in Canada, so automakers tend to have enough demand on that units that are in stock that they don’t feel the need to apply cut-rate pricing.

“(EVs are) in short supply,” Murphy said. “(Automakers) feel that if they offer a much higher interest rate, people will still buy them.” 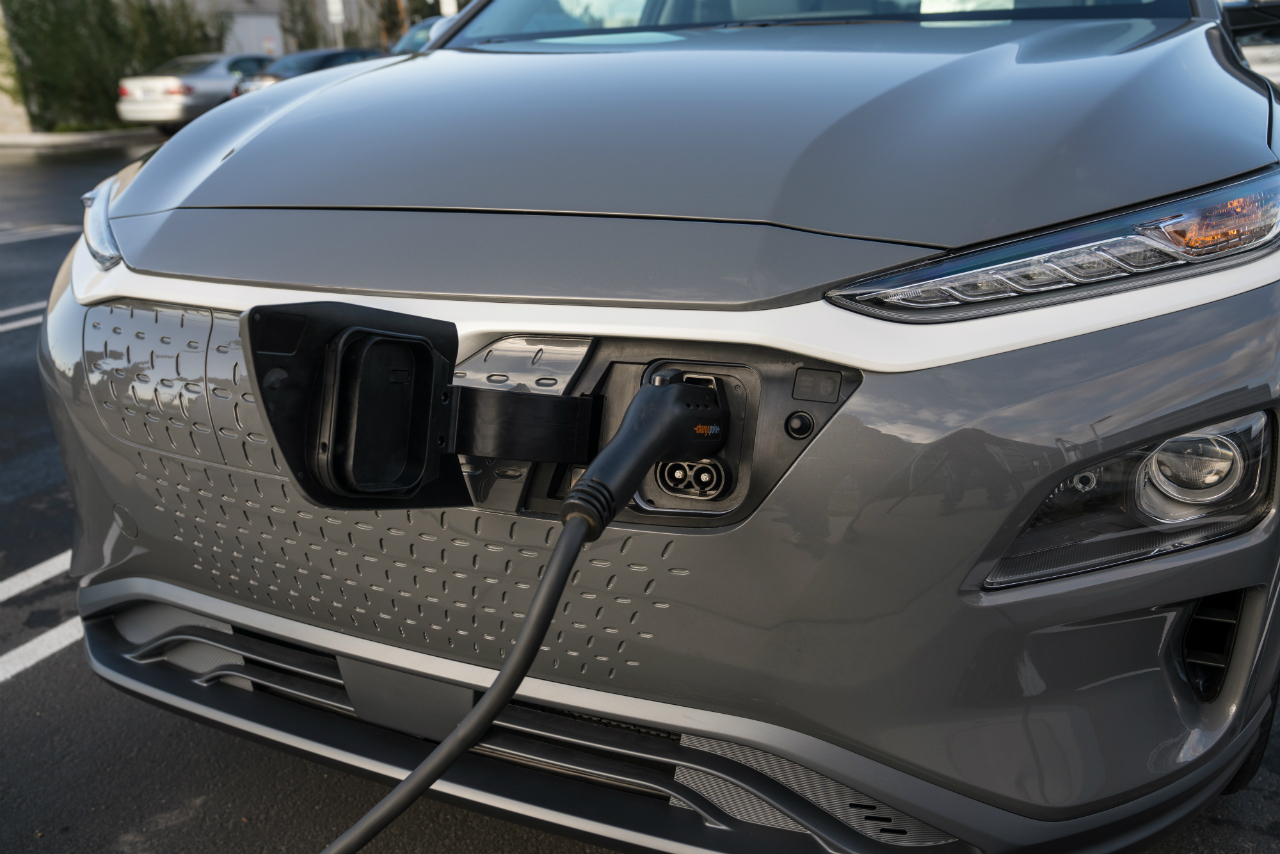 Back to the Corporate Knights data, the results are similar for leasing rates, although the reasoning changes significantly. A customer leasing a Hyundai Kona EV in Quebec in August would have paid $560 per month over 48 months at a rate of 4.99 per cent. If that same buyer opted for an ICE Hyundai Santa Fe, the rate would have been 1.49 per cent. Apply that same rate to the Kona EV, and the monthly cost would be $488.

Why can’t the Kona EV buyer access the lower rate? Leasing rates are based around residual value, which is the amount that your vehicle is worth at a given point in its ownership, including when you return it to the dealership at the end of your lease term. Automakers aren’t in the business of losing money, so if your vehicle is projected to have a relatively low value when you return it, then you’ll be charged higher monthly payments during your lease to make up the difference.

Residual value is determined not by the automakers themselves but by third-party experts – of which Canadian Black Book is one – and historical data is one of the key factors on which these calculations are based. But EVs don’t have a lot of history in automotive industry terms, which means the prognosticators don’t have as solid a data set to work with, and what they do know is that EVs had a relatively weak start.

“That first generation, I jokingly call them the black and white televisions of EVs,” Murphy said. “(They had a) fairly low range and they were the first of their kind, so they didn’t do very well in terms of retaining their value. If you go back a few years, of the five worst vehicles in the market for retaining their value, three of them are EVs. That historical precedent influences the modeling of forecasting. … We’re just starting into colour TVs (with longer-range EVs), but things are going to change really quickly.”

Murphy said that today, all thing being equal, a car buyer should still expect that a new EV purchased today for $50,000 will be worth less five years from now than an internal combustion engine equivalent purchased for the same price. However, return on investment can be about lot more than up-front costs.

“Are you buying it because you think it’s the right thing to do,” he asked. “The vehicle may be worth less in the future, but you didn’t buy gasoline for that whole period of time, so perhaps you’re actually further ahead. It makes the equation for buying a car even more complicated because the gas savings, the maintenance savings, those are very real. I think that’s just something that a consumer has to consider.”