The new 2019 Jaguar XJ50 marks half a century of the flagship luxury sedan and commemorates eight generations of production.

Jaguar is marking 50 years of its flagship XJ luxury sedan with the launch of a new special edition model.

Revealed at the Beijing Motor Show, the Jaguar XJ50 celebrates half a century of trademark performance, technology and luxury.

The XJ Series 1 started the distinctive dynasty in 1968 and for eight generations the luxury sedan has been turning heads around the world.

Innovating since its arrival, the XJ has epitomized the forward-thinking approach that has set the Jaguar luxury sedan apart over the past 50 years. 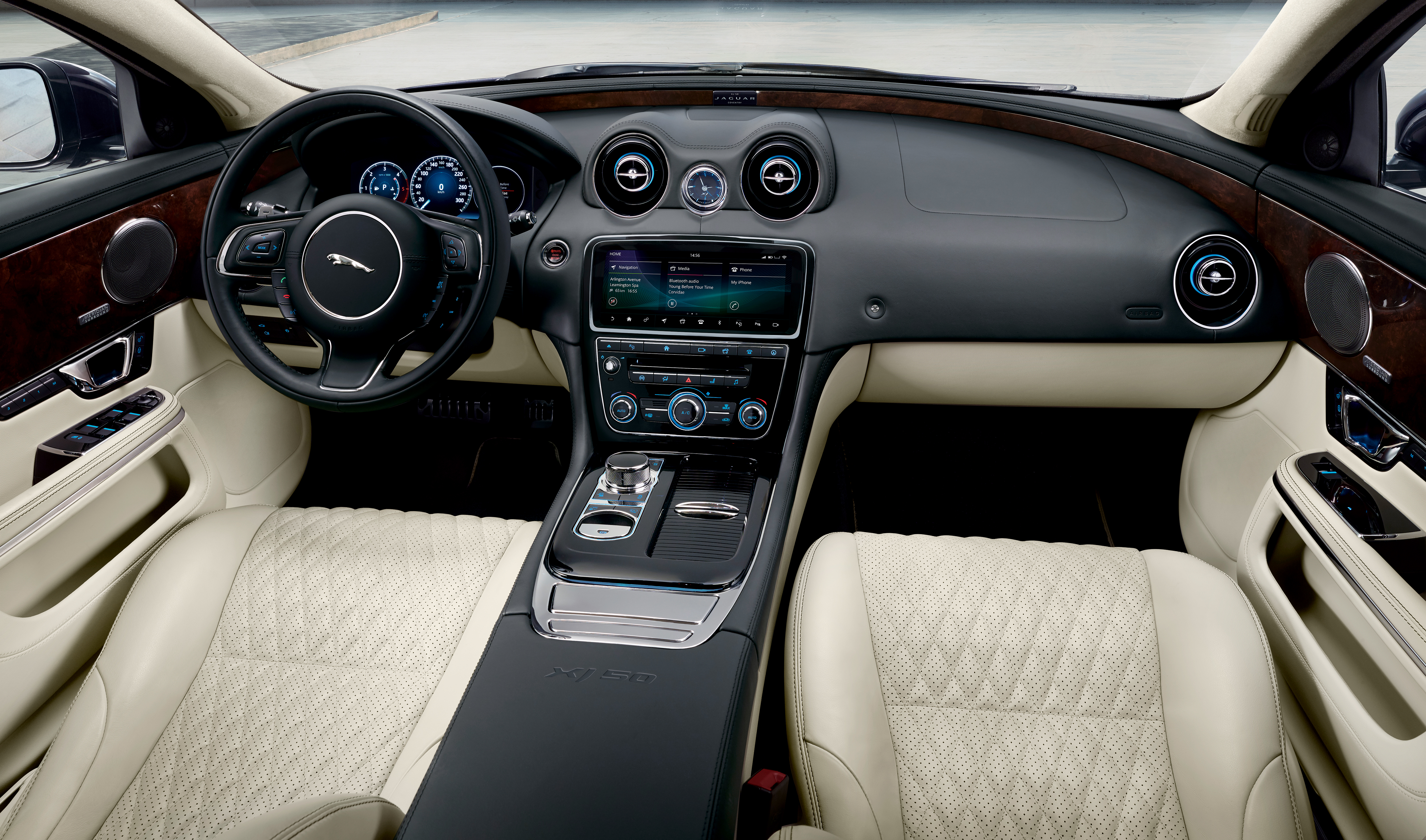 Four years into its life it became the world’s only mass-produced 12-cylinder four-door car and, with a top speed of 140 mph (225 km/h), it was also the fastest four-seater of its time.

Further models followed, sporting both standard and long wheelbases, as well as two and four-door body styles. The Series 2 was the first to offer a two-door coupe model in 1975 and the XJ40, in production for eight years from 1986, introduced the celebrated ‘J’ gate gear shifter and self-levelling suspension.

A revolutionary aluminum monocoque bodyshell helped reduce the weight of the XJ model by 40 percent from 2003, before the current XJ model brought additional technologies such as all-wheel-drive and a virtual instrument cluster.