A new year brings a whole new crop of cars to look forward to. Some are practically here now. Others we’ll have to wait until late 2021 to get our hands on as they’ll arrive as 2022 model years. Nevertheless, these are all models you should consider waiting for to arrive before making your next purchase. 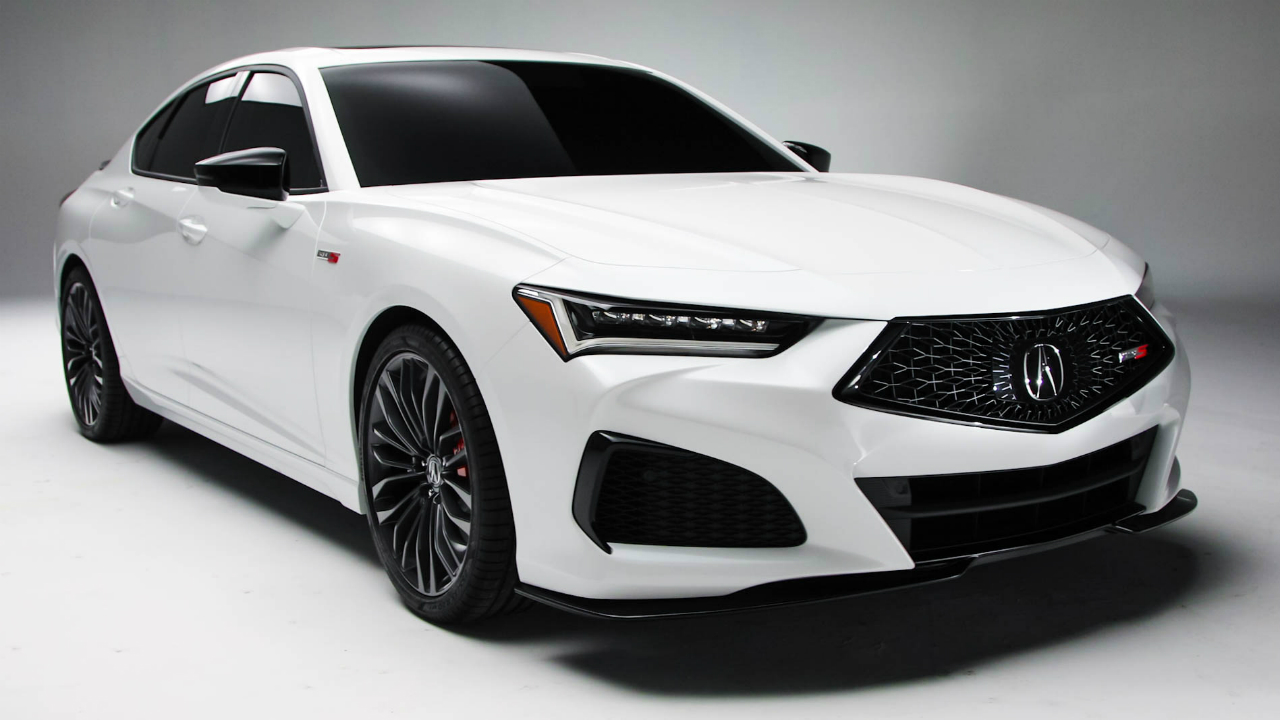 While the much needed update to the Acura TLX arrived in late 2020, we’ve been patiently waiting for the top-tier Type S model to finally arrive in 2021. The Type S promises to pack a 3.0-litre V6 delivering 355 horsepower and 354 lb-ft. This means the TLX Type S should finally be able to compete against the Audi S4 and BMW 340i. That’s exciting. Very exciting. 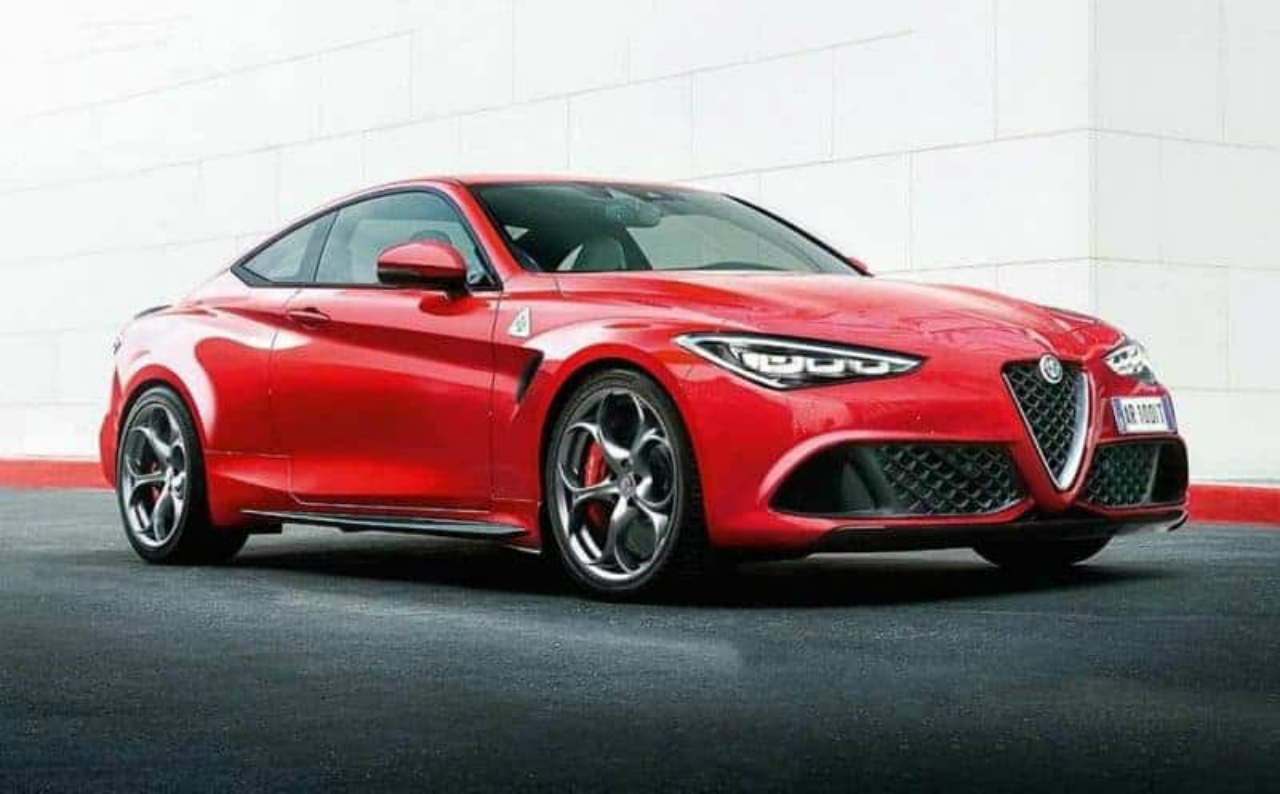 This year, Alfa is set to revive the infamous GTV badge with a two-door coupe based on the Giulia platform. This means it will likely have a hot Quadrifoglio version (like the Giulia) and be offered with the beloved 2.9-litre twin-turbo V6, offering up 505 horsepower. Considering the questionable design of the new BMW M4, you might just have to wait for the GTV if you’re in the market for a high scale GT coupe. 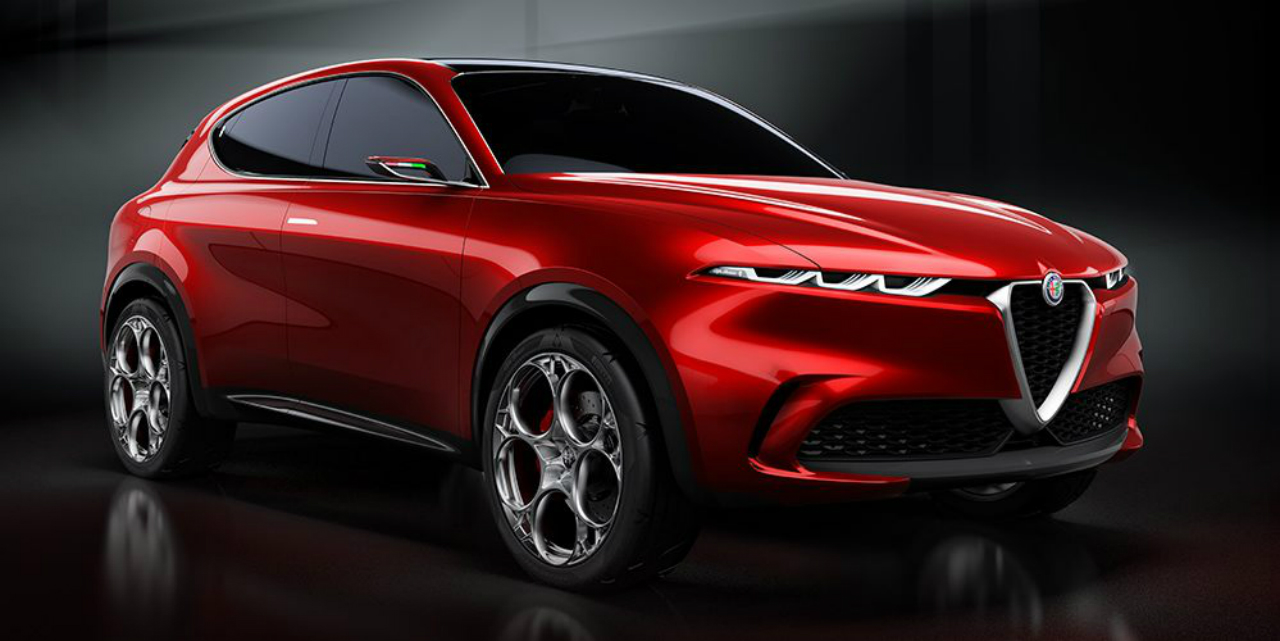 The Tonale premiered in concept form way back at the 2019 Geneva Auto Show. However, production shots are now starting to leak across the Internet, so we can expect to see it arrive some time in 2021. The Tonale promises to be the baby-brother to the larger Alfa Romeo Stelvio, injecting some Italian flair into the increasingly competitive sub-compact SUV market. Fingers crossed for a Quadrifoglio version. 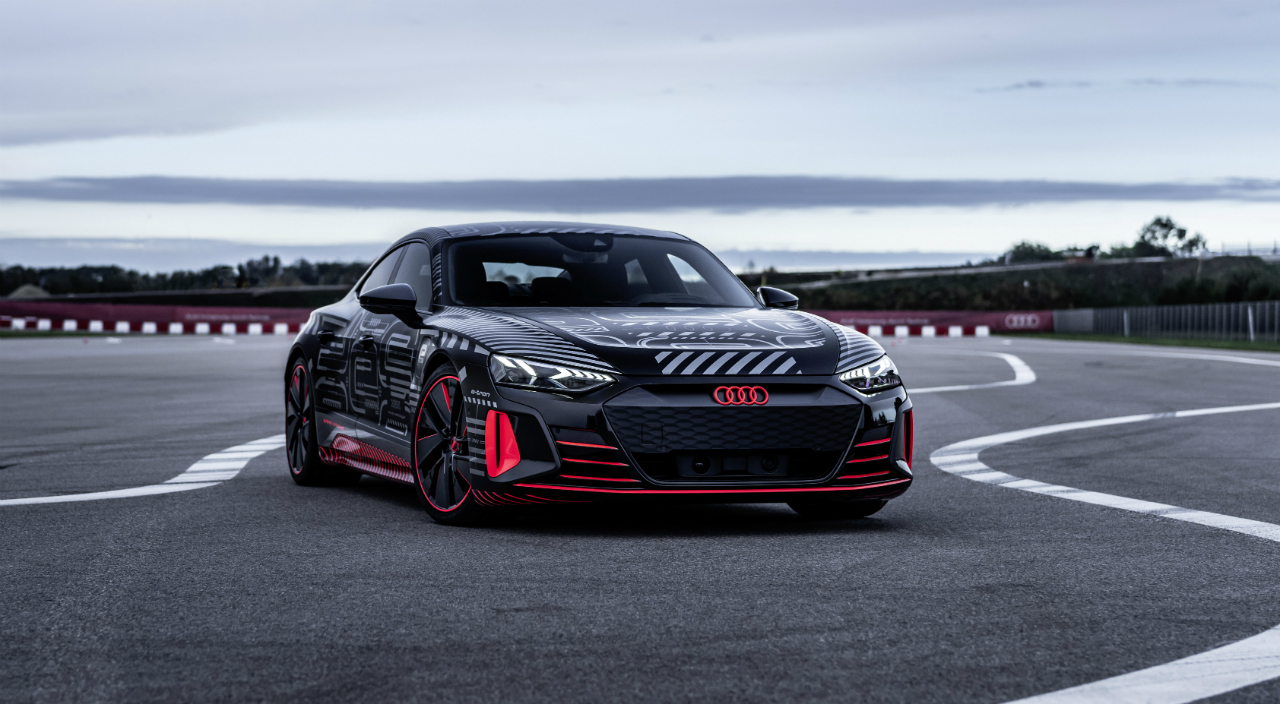 Audi plans to expand its e-Tron line with inclusion of the e-Tron GT — which they say will go into production in early 2021 after impressing the crowds at this year’s LA Auto Show. The battery-powered sedan will be built on the same J1 electric platform as the Porsche Taycan. It also features a two-motor setup which could deliver a combined 590 horsepower. It also looks pleasingly tough for an all-electric vehicle. 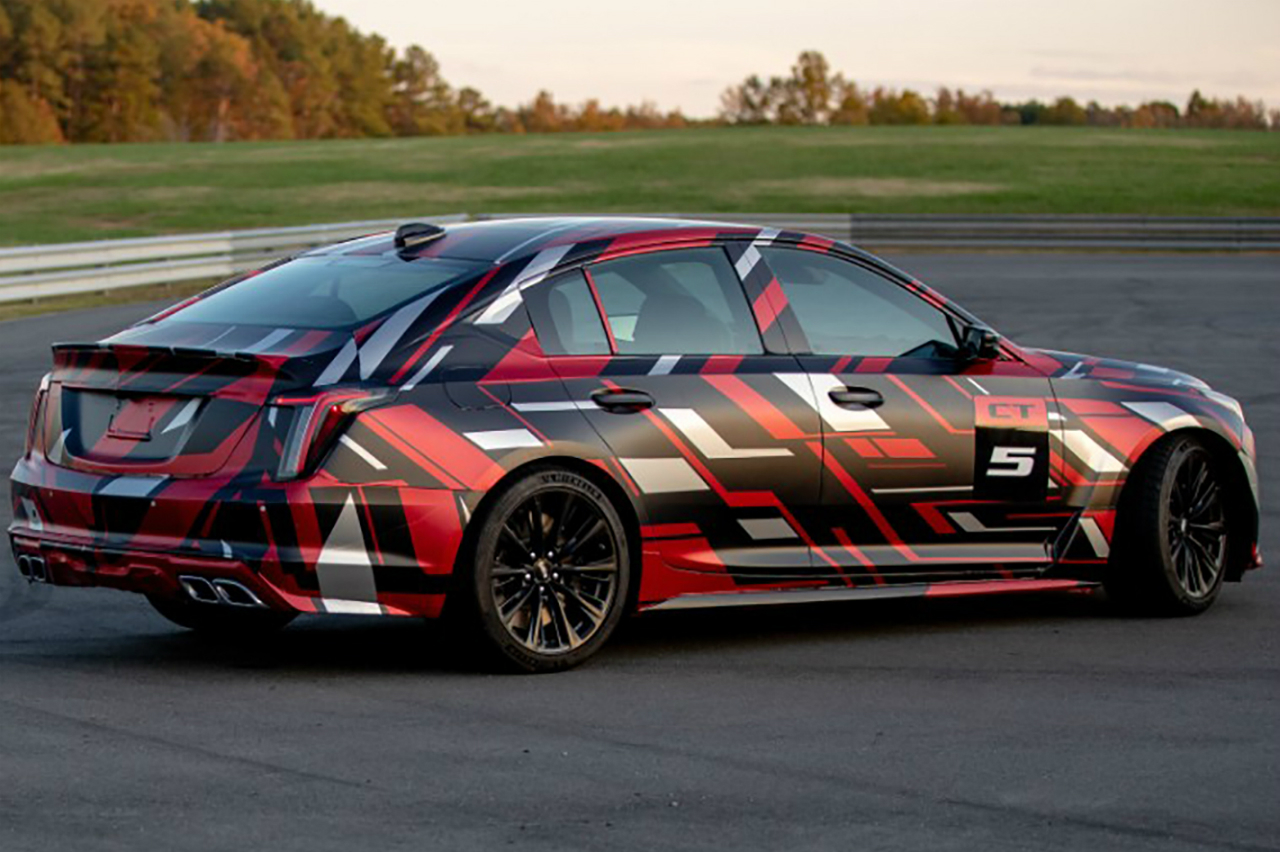 There have been a few disappointments with the performance Caddys in the last few years. First was the disappearance of the CTS-V, which proudly sported GM’s bonkers 6.2-litre, 640 horsepower V8. Then there was the Blackwing V8 engine, set to debut in the CT6-V, which was subsequently axed. Then the CT5-V debuted with 3.0-litre twin turbo V6 producing only 360 horsepower. Luckily, Caddy is bringing back the Blackwing name and an updated version of the 6.2-litre supercharged V8, which will now produce 650 horsepower for the new top-tier CT5. A Blackwing CT4 is also on the way. 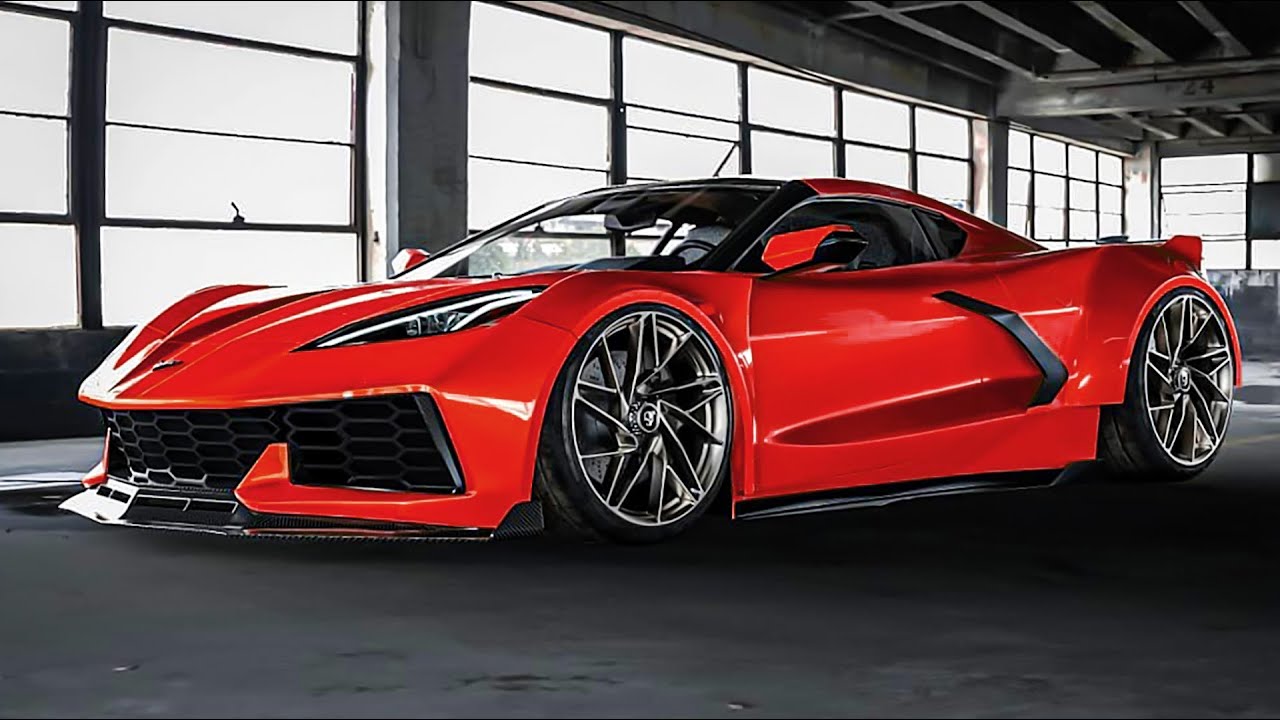 The new mid-engine C8 ‘Vette may have debuted with a massive amount of fanfare, and certainly been able to meet (and indeed, exceed) performance expectations. But I suspect there will still be a good deal of buyer’s remorse (especially from those who paid well over MSRP to get their hands on their C8) when the new Z06 debuts. Latest reports have said that the Z06 will house a naturally aspirated 5.5-litre flat-plane twin-cam V-8 capable of screaming to 9,000 rpm and will debut for the 2022 model year. 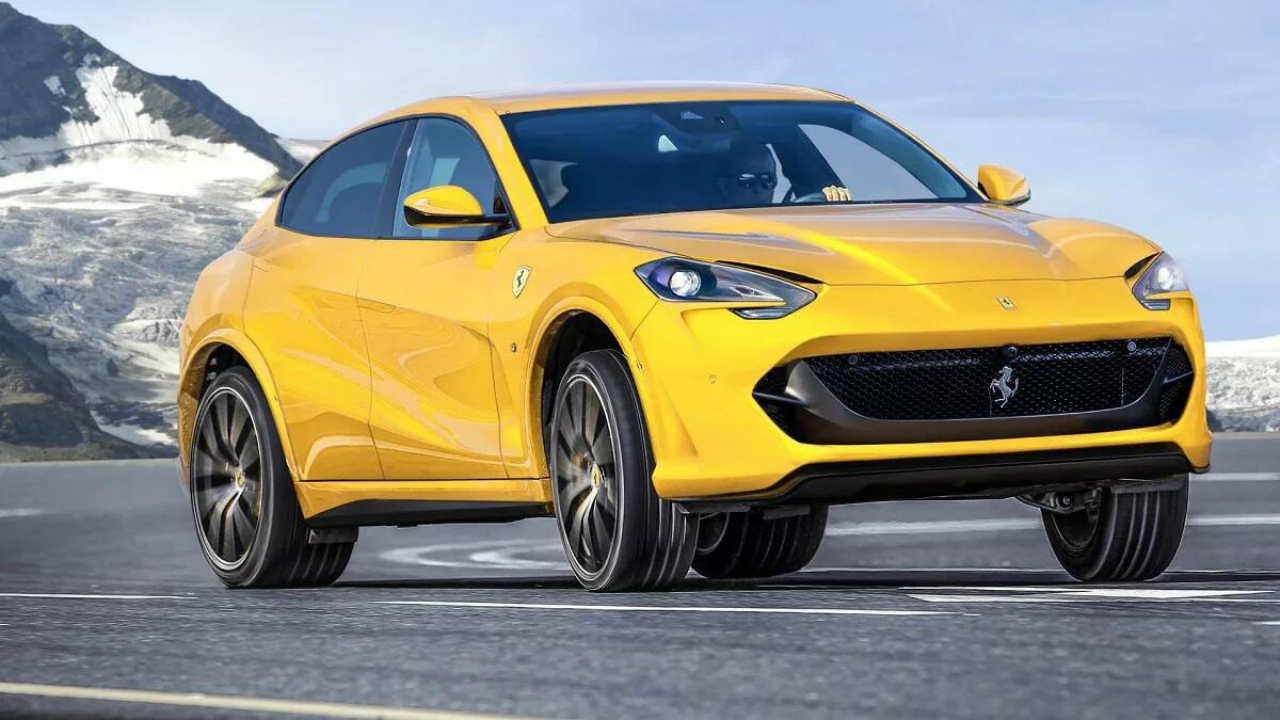 If there was any signifier that the SUV market was hotter than ever, it’s that even Ferrari feels compelled to get in on the action. The Purosangue will share a platform with the Roma GT — and while that means it could house a V6, V8, V12 or even plug-in hybrid system, it’s likely to stick with Ferrari’s current 3.9-litre V8 featured in the Roma. However, different architectures are possible for 2+2 or 4+ seating. 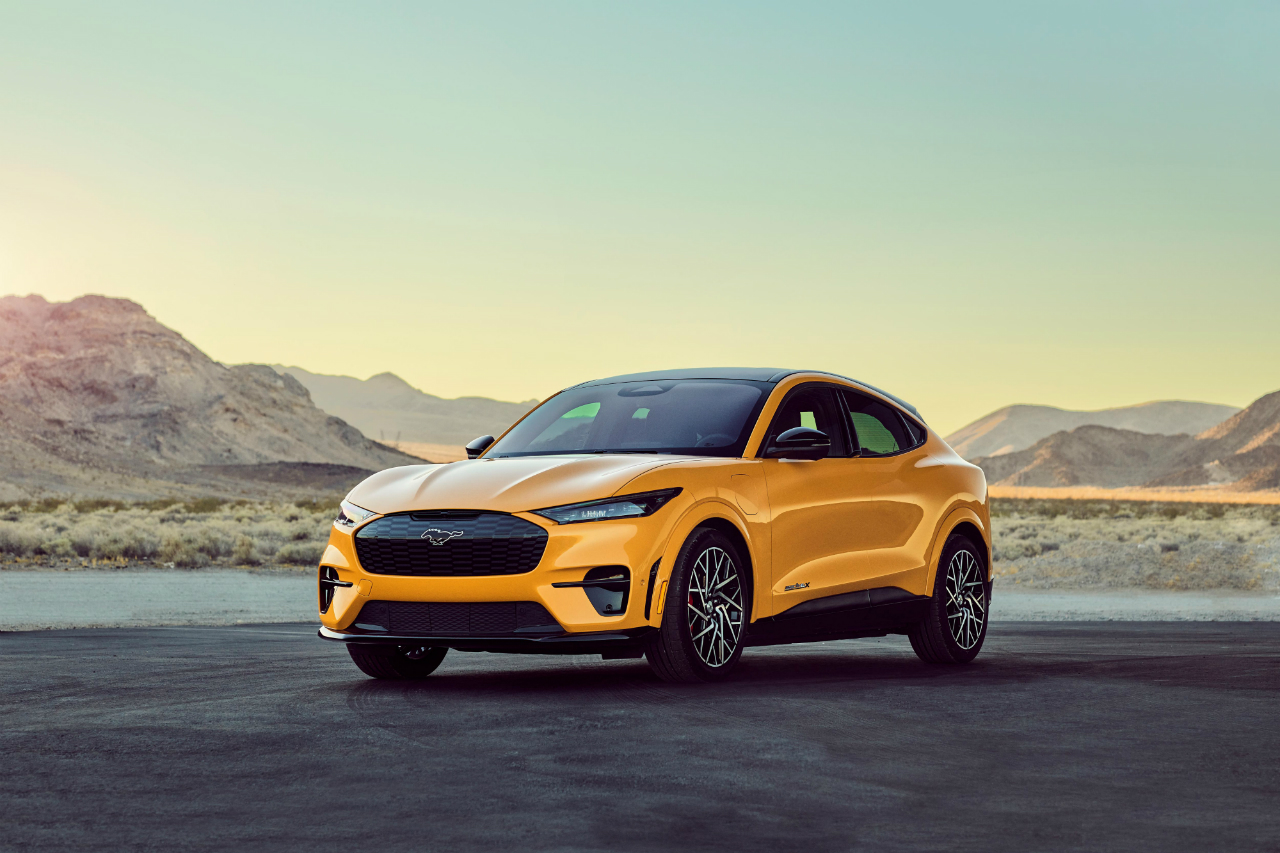 The review embargos on the very first Mustang Mach E SUVs have lifted, and journalists are finally starting to get their hands on the first electric Mustang. However, the one you really want, the super hot Mach E GT which Ford claims will do 0 – 60 in the mid-3 second range will debut in fall 2021. 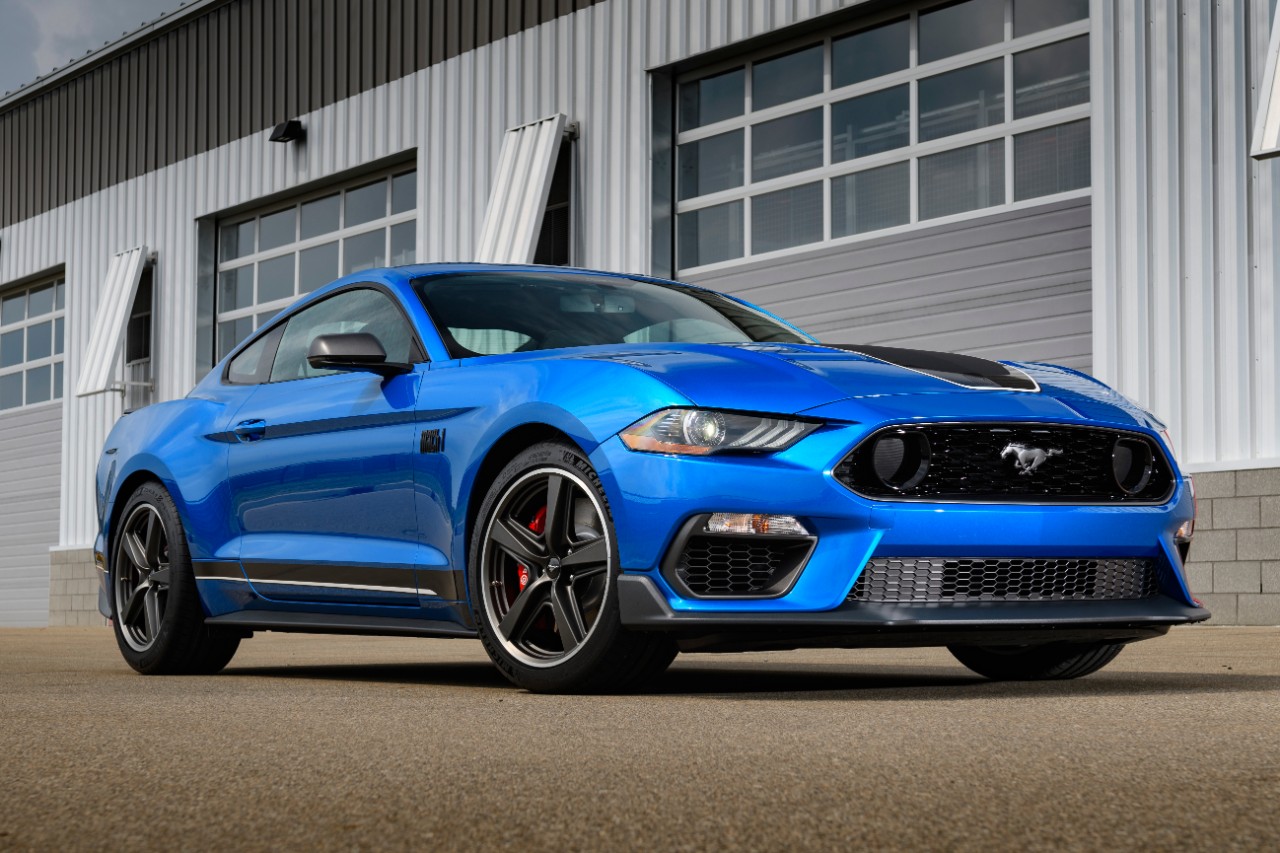 The original “Mach” badged Mustang is set to return in 2021, filling a gap between the Bullitt and GT350 models, while also somewhat replacing both of them. The Mach 1 is something of a parts-bin special. It will feature suspension bits and tuning, as well offer the beefier manual transmission from the GT350, but will however utilize the Bullittt’s 480 horsepower 5.0-litre V8 instead of the beloved 5.2-litre “Voodoo” V8 (RIP). 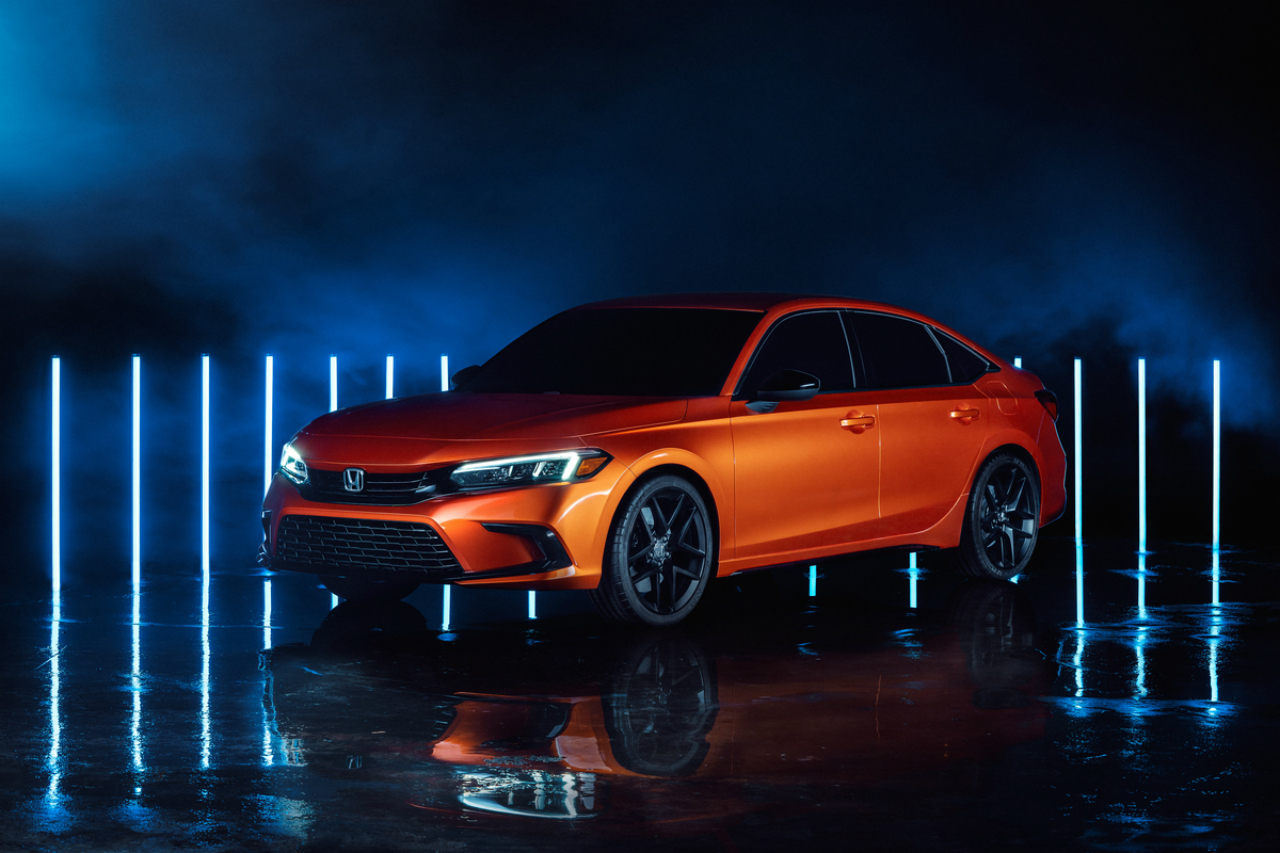 While it may be for the 2022 model year, you can probably expect to see the newest generation of the Honda Civic hit dealer showrooms sometime mid to late 2021. The redesigned Civic promises a sleeker, less busy design than the outgoing model. While no engine specs have been released yet, we suspect Honda will continue to evolve its 1.5-litre turbocharged four-cylinder and save hybrid powertrains for the Insight. We’re also looking forward to the announced return of the Si and Type R models. 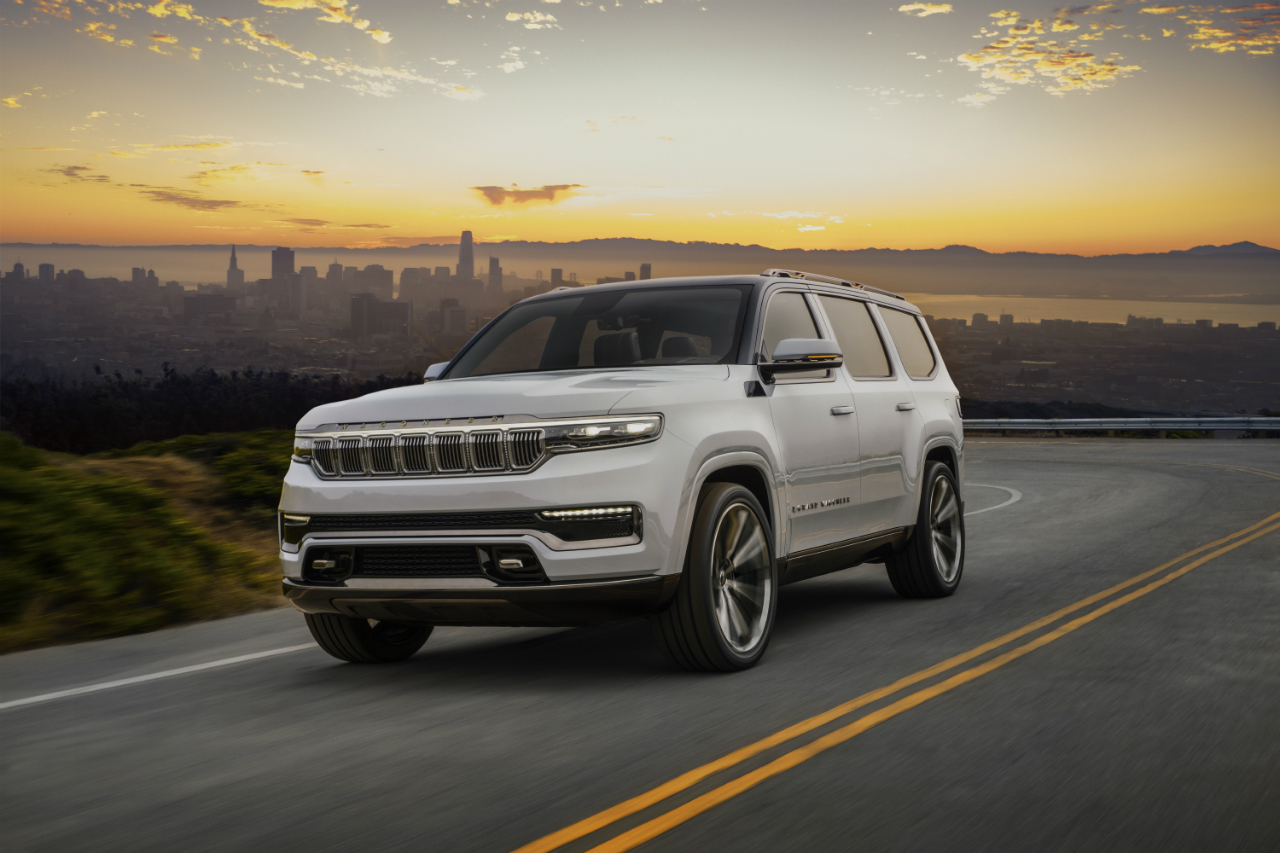 The concept vehicle unveiled for the return of the Grand Wagoneer is eye-wateringly attractive. And the prospect of a retro-styled, electric SUV is also somewhat tantalizing. Jeep has said the Grand Wagoneer Concept features AWD, an active two-piece transfer case and proper Quadra-lift suspension, which the production model will hopefully carry over. If it all delivers, it’ll be nice to have a modern, premium SUV in the market that can still do real truck stuff. 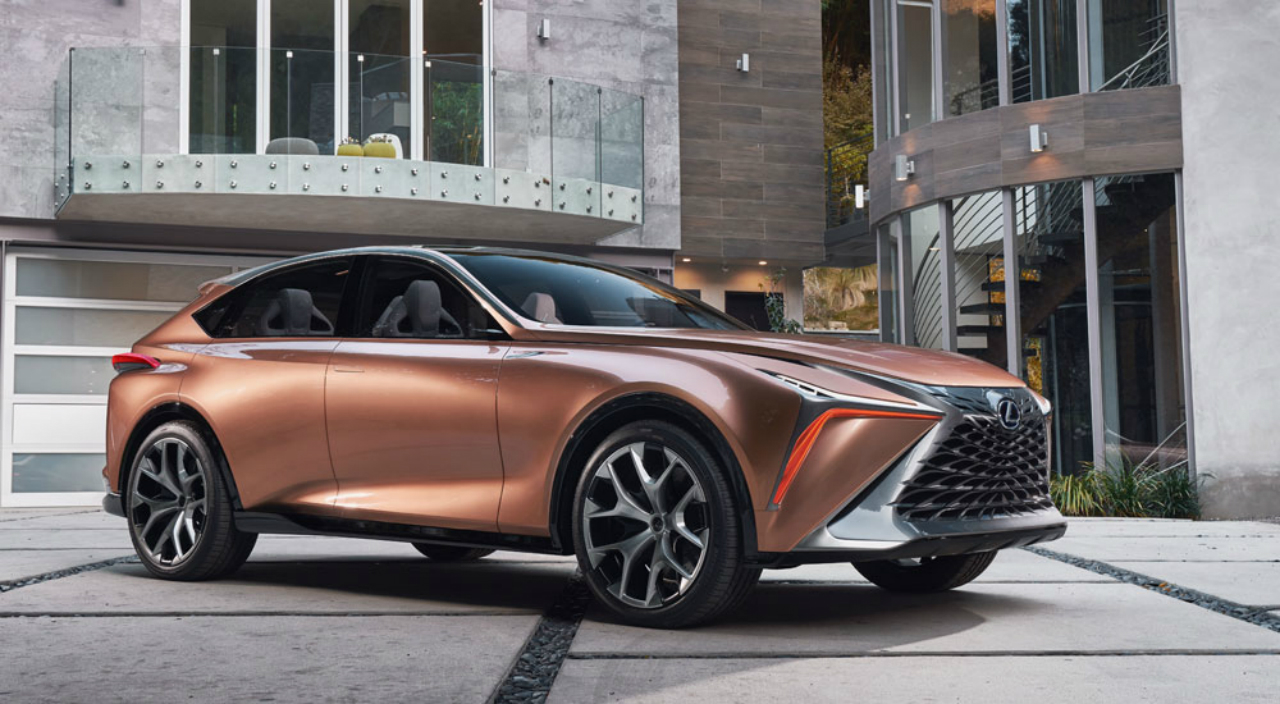 Speaking of premium SUVs, Lexus has been strangely dormant these last few years, relying mostly on their flagship LX SUV. However, the LX is gone for the 2022 model year, to be replaced by the new LQ. There is still a lot up in the air on the LQ — powertrain offerings could be derived from the LS, meaning a 416 hp twin-turbocharged 3.4-liter V6 paired with a 10-speed automatic and a 3.5-litre V6 with two electric motors generating a combined 354 hp could be available. 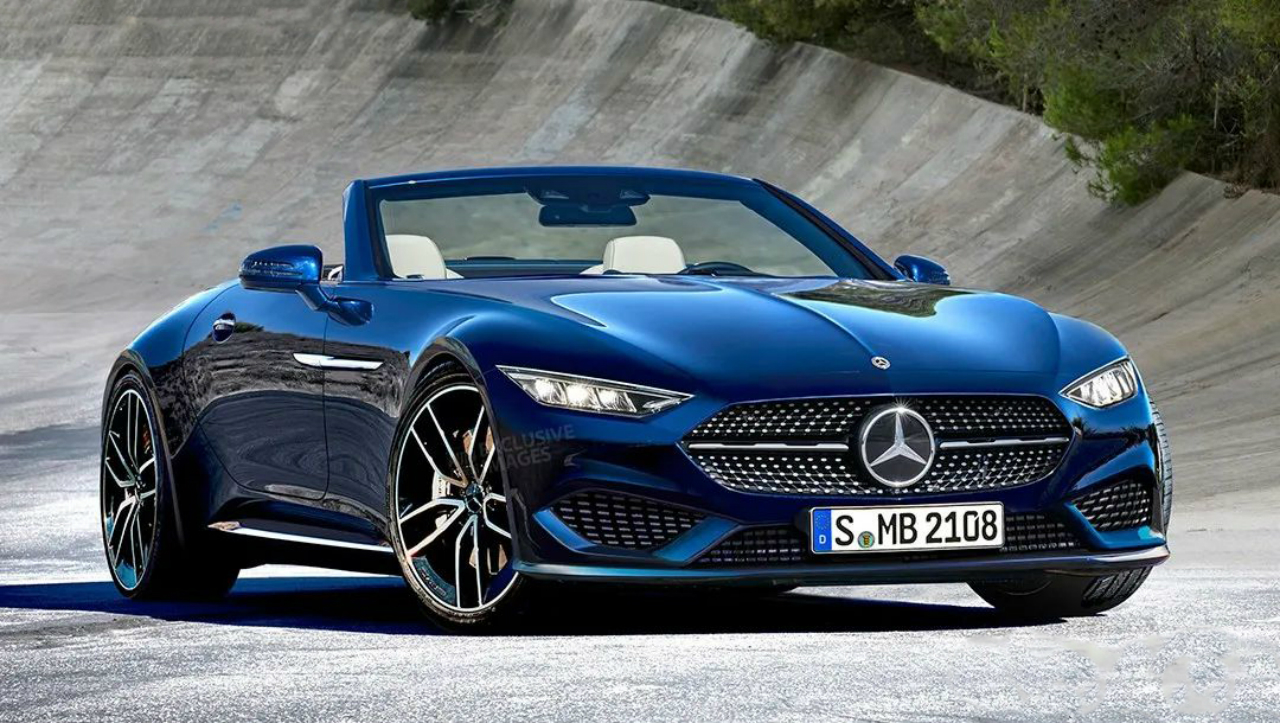 After a hiatus beginning in 2018, the SL is set to re-launch in 2021 as a 2022 model. The AMG-SL class has a lot of heritage to live up to. And while recent SL models have lagged behind other two-door, four-seat grand tourers (notably, the BMW 8-Series) there’s a lot of hope for Merc’s new AMG-SL. We expect Merc’s turbocharged 3.0-litre inline-six, which produces 429 horsepower in the E53 sedan, as well as their twin-turbo 4.0-litre V8, capable of 577 horsepower will make their way into the SL. 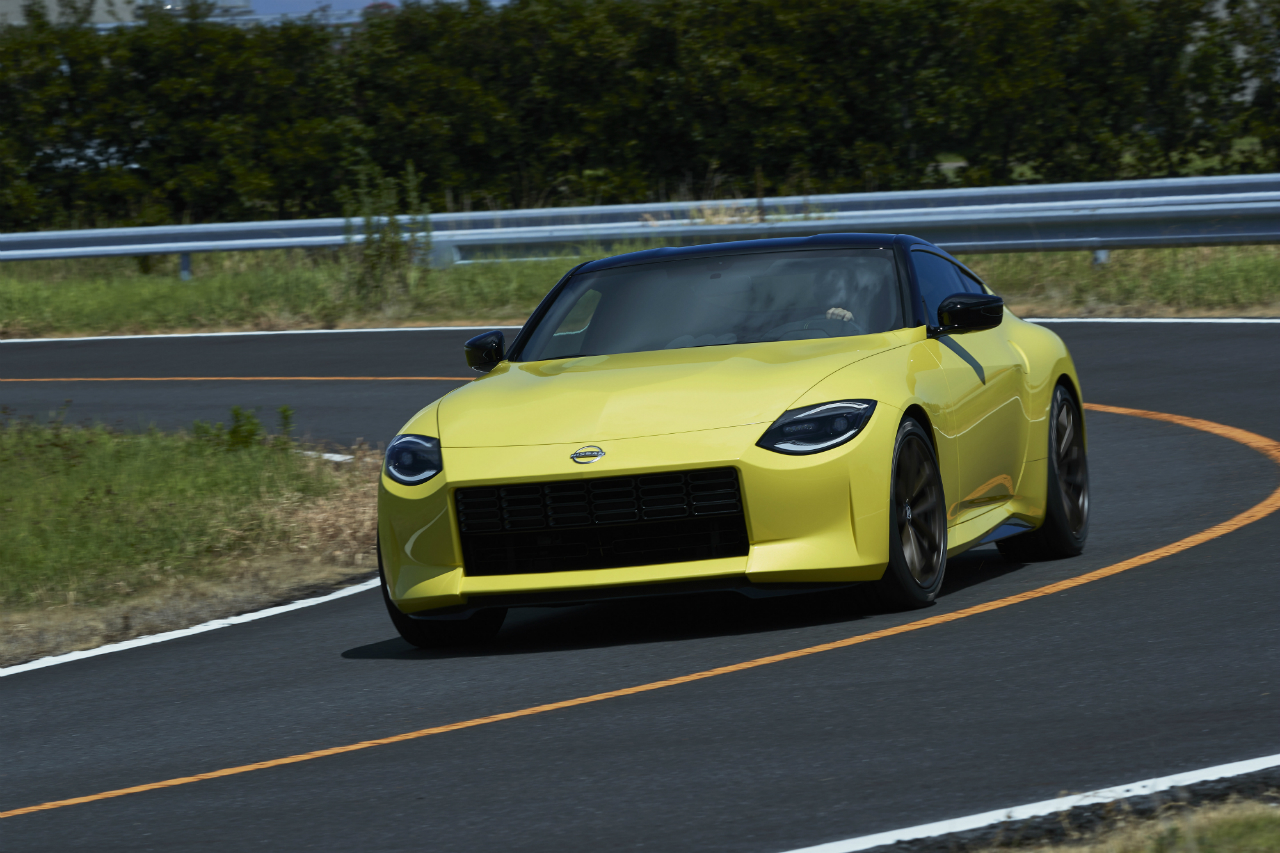 We suspect this might be a firm 2022 release, but there’s still lots to learn about the forthcoming Nissan Z model in 2021. Will its 3.7-litre twin-turbocharged V6 make 400 horsepower as it does in the Infiniti Q60 Redsport? Will it be faster than the Toyota Supra? How much retro-styling will it retain from the Proto concept? The nameplate itself is also up in the air. Will it be the 400Z? Simply the “Z”? Time will tell. But we’re excited to learn more about this manual transmission (thank you) sports coupe. 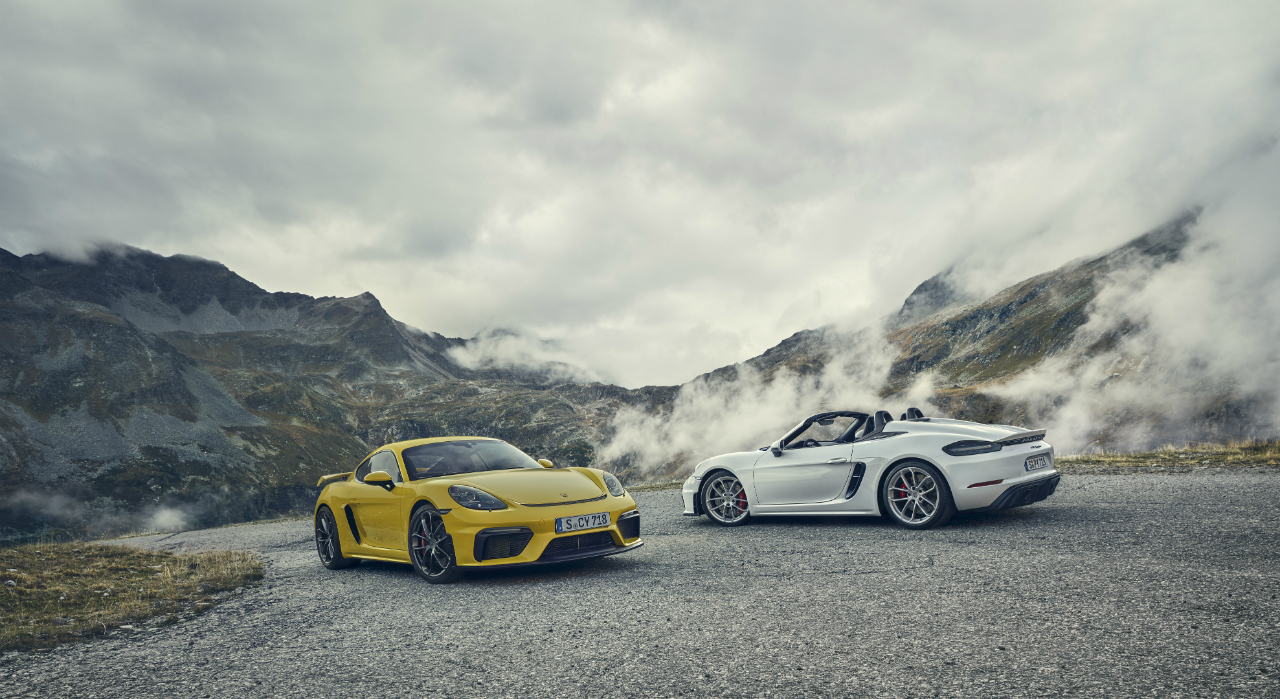 For the car that’s supposed to live in the 911’s shadow, it’s really odd that Porsche continues to produce increasingly hardcore versions of the 718. The upcoming RS variant of the GT4 version is set to receive weight reduction, chassis stiffening and somewhere in the neighbourhood of 500 horsepower. It will arrive in late 2021, cost around $130,000 and, let’s face it, probably be amazing… despite the fact that most of us would probably rather have a well-specced 911 for that kind of cheddar. 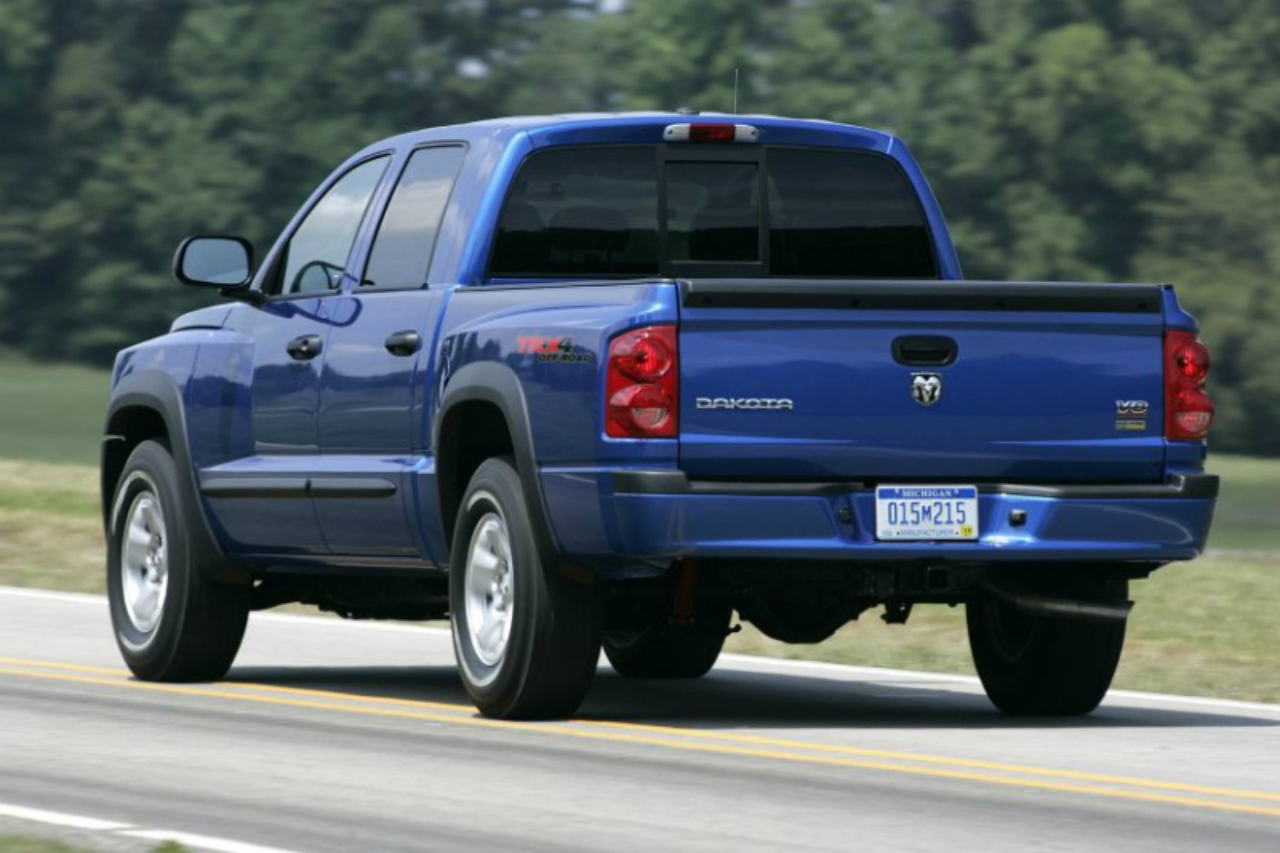 The mid-size pick-up market is heating up again, and Ram is looking to get a piece of the action with the return of the Dakota nameplate. Don’t hold your breath for a HEMI V8 option. However the 3.6-litre Pentastar V6 will most likely make its way to the platform as it’s most likely this baby Ram will share a platform with the Jeep Gladiator. Who knows? Maybe we’ll even get an e-Torque hybrid variant for some extra chuff. 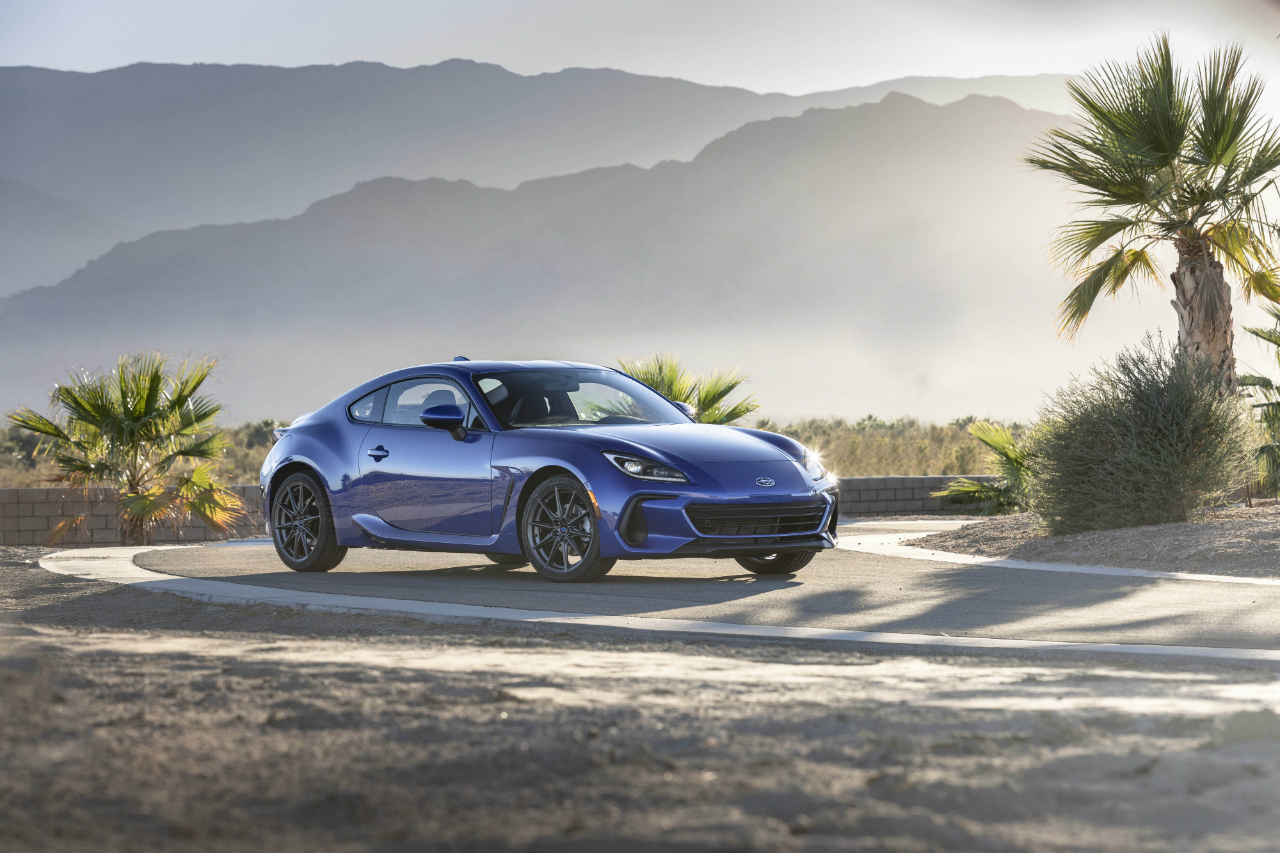 Personally, this is my most anticipated car on the list. While it appears that Subaru-Toyota have restrained themselves with their redesign (thankfully not adding a great deal more horsepower or weight), the question remains as to whether the new Toybaru twins will be able to offer the same level of raw, analogue driving excitement as the original generation. Hopefully, 228 horsepower and 184 lb-ft of torque keeps the 2+2 sports couple firmly in the fun zone. 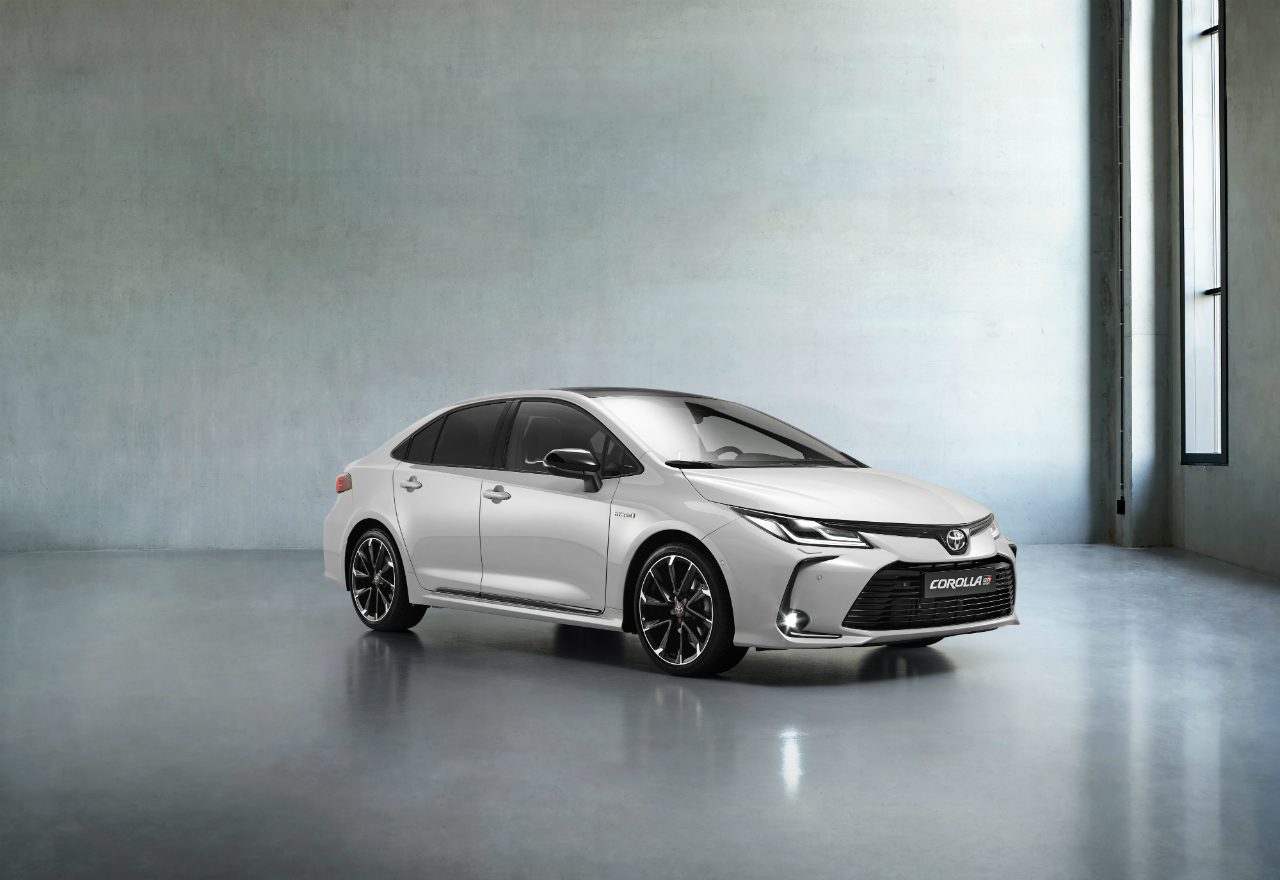 A Toyota hot hatch that’s seeking to put the Golf GTI, Veloster N and Civic Si in its crosshairs? LET’S. GO. How could this not be great? Toyota hasn’t given away much about the GR Corolla, but if the GR Yaris is any indication, the GR Corolla may receive the same 257-hp turbocharged three-cylinder engine. Couple that with a 6-speed manual and a $35,000 price tag, and you’ve got a recipe for smiles. 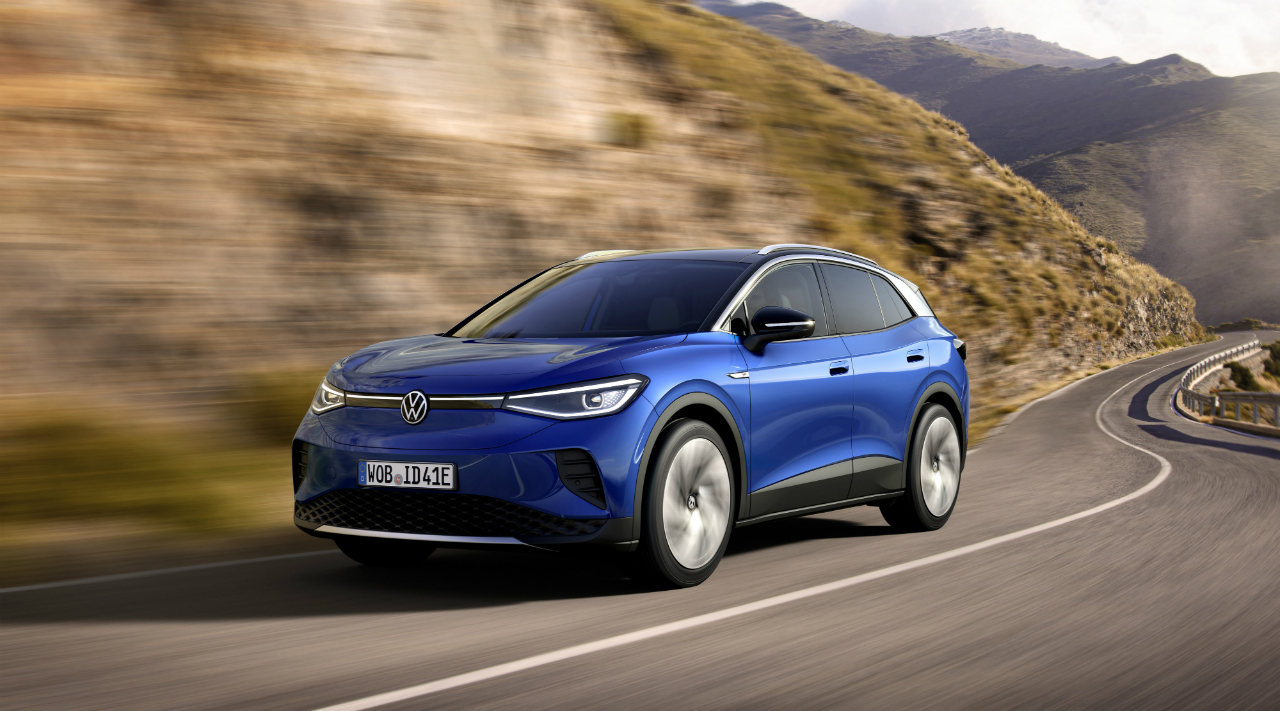 VW’s decision to name their new electric crossover SUV like a smartphone or gaming console I’m sure is the work of some overpaid marketing think tank. Still, an all-electric, AWD compact SUV promises to further democratise the EV market by creating a more entry level electric option for the masses. Reviews are trickling in now for the ID.4 and it should be showing up in VW showrooms early 2021. 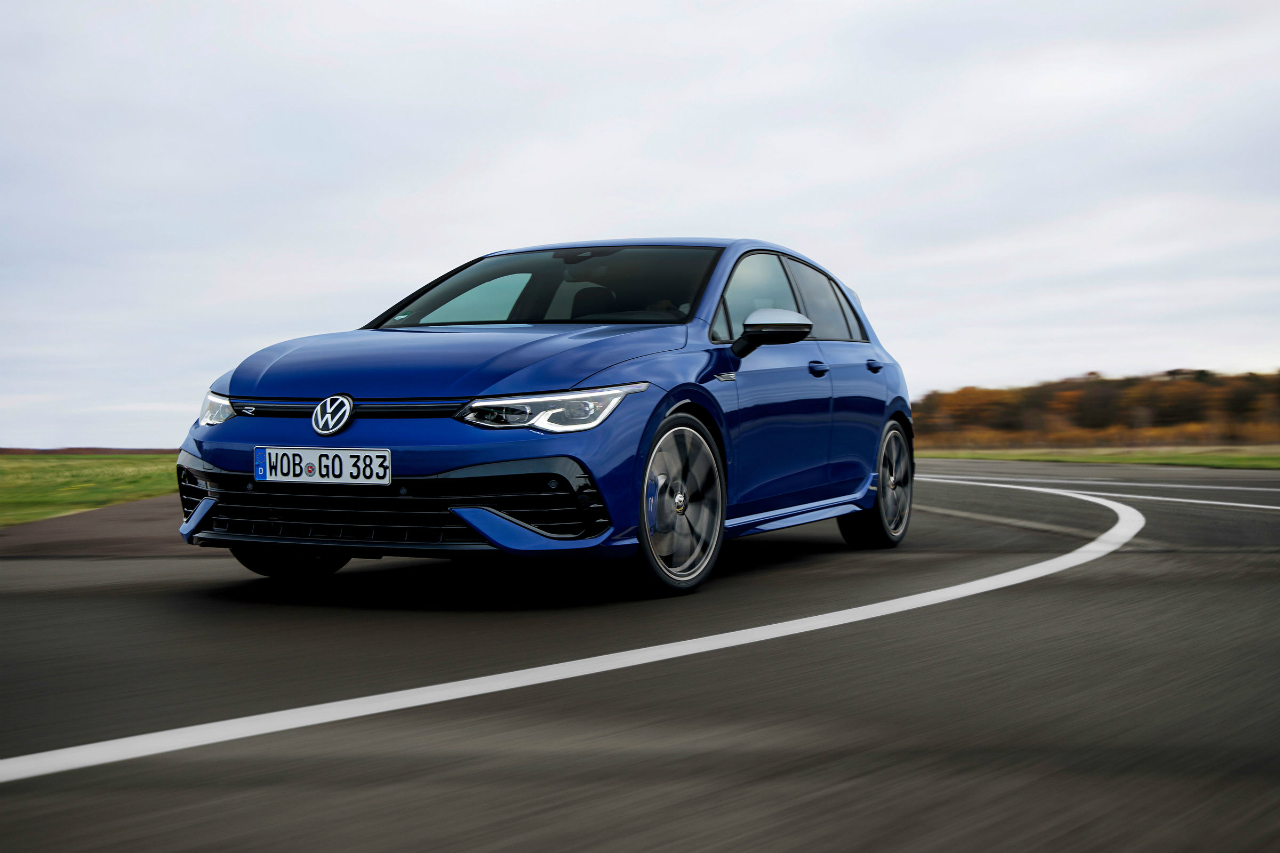 The Golf R has always somewhat lived in the Honda Civic Type R’s shadow. However, with the Type R on a quick hiatus for the 2022 model year, it just might be the forthcoming Golf R’s time to shine. The all new 5th generation Golf R will sport a turbocharged 2.0L TSI engine set to produce 315 horsepower and 310 lb-ft of torque. Power will be delivered through an updated 4MOTION AWD system. It will also have something called a ‘rear axle torque vectoring function” which helps with cornering, apparently. At any rate, it sounds most excellent and definitely worth waiting for.

Forget the RV, this is Van Living

Stroll set for new season, and any wet conditions...